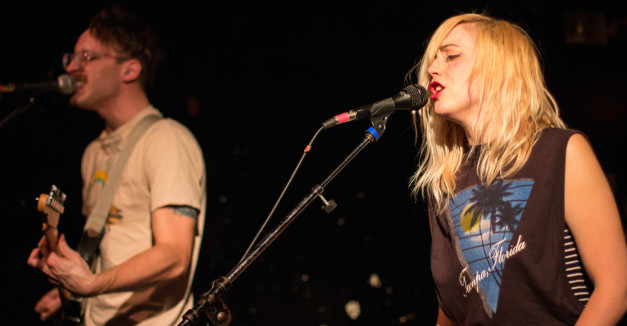 Early in my conversation with Anna Gebhardt — the celestial voice behind the Des Moines band Annalibera — she said something truly profound. While talking about how she still embraces the music she listened to as an relatively undiscerning kid, she remarked, “I don’t know how to distinguish my good influences from my bad influences.”

This throwaway, out-of-context sentence inadvertently speaks to something deeper and universal about Annalibera’s art, and in particular, the eight dazzling, heartfelt songs on her debut full-length Nevermind I Love You, due out March 24 via Sump Pump Records. The band will play a pair of Nebraska shows this weekend, Saturday at O’Leaver’s and Sunday at Duffy’s Tavern.

Much of the album feels like an internal battle between someone’s demons and their better angels, but what makes it so compelling is the album’s unwillingness to definitively state which is which. Throughout the album, there is a strong element of wanderlust, of restlessness, but it is counterbalanced by a subtle, very human, desire for peace and love and a good, happy life. More than anything, the album feels almost like a vocalized hope that those two ideals don’t wind up being mutually exclusive.

At Gebhardt’s cozy, wood-floored apartment, the thing that stands out most is her general warmth. She has the kind of gentle patience you would expect from a first-rate kindergarten teacher, and seems like a relatively well-adjusted product of small town America. Her music contrasts this cursory image; it has an almost frighteningly grand intensity to it that can knock you to the ground if you’re not ready for it. When I asked her about this dissonance, she directed me to a scene from from Jean-Luc Godard’s 1967 film Two or Three Things I Know About Her, in which the narrator ruminates on the struggle between his subjective self-conception and the objective impression that he makes on others. This dilemma, this urge to go out and define oneself in an proactive, conclusive way and the inevitable realization that such a task is both futile and counterproductive, informs much of Gebhardt’s art.

Anna Gebhardt was born and raised on the outskirts of Scotia, very small town in rural Nebraska, and from the beginning music and nature were two important aspects of her life.

“I played a lot of piano and I would walk around the farm and hang out in trees all day,” she says.

One of the only venues to learn about and perform music in most small towns are the schools and churches. And so, her first performances consisted of vocal or piano hymns that she would perform at her family’s Methodist church. Her mom, in particular, along with three other ladies who made up a vocal quartet that performed in the local churches, encouraged her to learn and play music from a very young age.

This pastoral, nurturing environment laid the foundation of her musical education and allowed her to develop a sense of creativity on her own terms, but it was never really enough.

That restlessness led her from that isolated Nebraska farm to Des Moines’ DIY scene where she finally found the kindred spirits she needed and formed her band in 2012.

That’s when things got a hectic. Gebhardt is a voracious learner who likes to dive all the way into her subjects.

“I like to pursue things as far as they go when I get interested in them,” she says. “I studied music because I really wanted to know everything I could possibly learn about it.”

But soon after the band started performing, they received something of a mixed blessing in the form of an outpouring attention and interest, including spots at Des Moines’ Gross Domestic Product festival and 80/35 in 2013, all of which she admits she wasn’t quite ready for.

“It would have been nice if we could have eased in and started recording,” she says. “I had zero experience with amplified music before 2012, and then I started playing shows, and I didn’t have any actual experience recording either, so like articulating my vision, what I was going for, took a while.”

Things finally calmed down for the band in 2014, and now she seems more than prepared for this next stage. On Nevermind I Love You, that vision feels articulated. Many of the songs were written during her last years in college, eager for a change of scenery and a change of pace, but unwilling to break her commitment to finish her degree.

This ambiguous place she found herself in was exactly the impetus she needed to start figuring things out, musically speaking.

“I had this feeling that I was like missing the point, or I wasn’t getting it, so a lot of these songs are about searching for the truth, about yourself or about anything.”

In the early songs on the album we are presented with a version of Gebhardt that is torn between her wanderlust and her impulse to stay and fix things, to love and be loved. Like the restless protagonist of “Moving Song” or the messy lover of “Vermillion” just trying to hold together the pieces of something that might not even be worth the effort, they are conflicted but hopeful. They know they are still young but they’re starting to realize they won’t be young forever.

These are all familiar archetypes, familiar situations for a young romantic to find oneself in, but with Gebhardt’s keen lyrics and hauntingly powerful voice, they come alive in a profoundly touching way. That search for truth or understanding is further exemplified on tracks like “Blooms” or “Mountain. But where the album reaches its emotional peak, and where Gebhardt’s journey comes to the end of a chapter, is on “Honesty,” which begs the listener to ground her impulses in something real and try to divine what exactly she’s looking for.

Too often the concept of wanderlust is equated with an aimlessness, restlessness, a lack of seriousness or commitment. Sometimes that may obviously be the case, but more often than we realize that restlessness, especially when it is our own restlessness, is simply a manifestation of an eager desire to find something that means anything, whether it be a calling or a community or a credo. 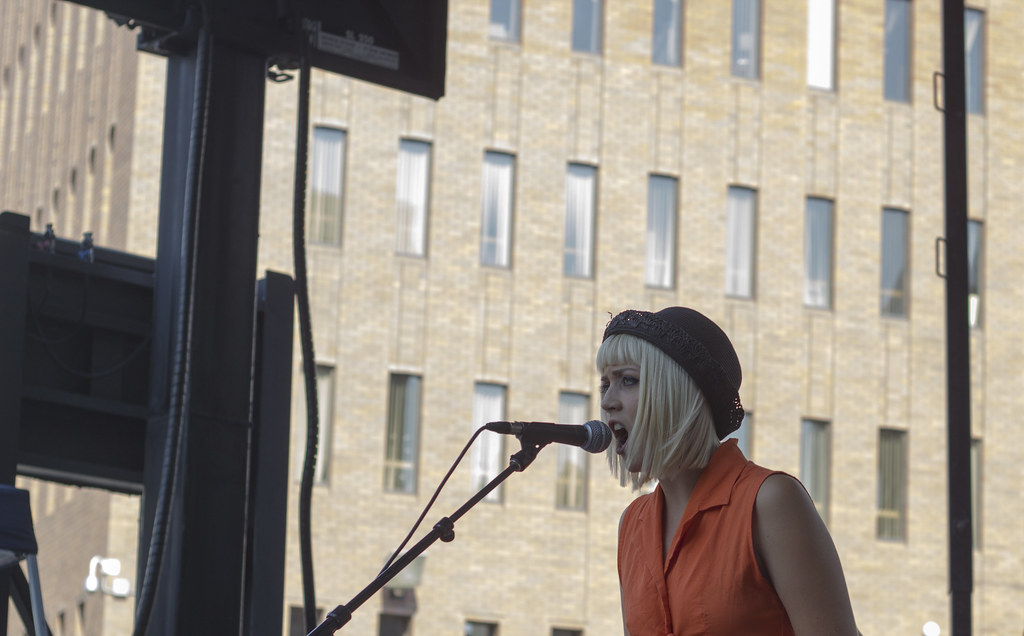 When I reflect back on the days in my life when the impulse to wander was most pressing, most urgent, it occurs to me that those were the times when I was in most dire need of meaning and purpose. The songs that populate this impressive debut album feel like snapshots on just such a journey.

What is most compelling about Nevermind I Love You is the fact that it is essentially an album about trying to figure it all out, but instead of trying to give you answers or show you the way, it settles for just letting you know that you’re not alone. With a track like “Honesty,” Gebhardt acknowledges:

“It’s demanding that you be honest with yourself, but that’s such an elusive aim, you might even think you’re doing it when you’re not.”

This is something most young folk struggle with: this difficult process of sorting through our good influences and our bad influences and trying to find out who we are and who we should be. It’s something with which Annalibera has a considerable amount of experience. But if you come to Nevermind I Love You looking for answers to this challenge, you may leave disappointed. However, if all you seek is inspiration, the knowledge that someone else knows how it feels, you may wind up with more than you ever thought you needed.