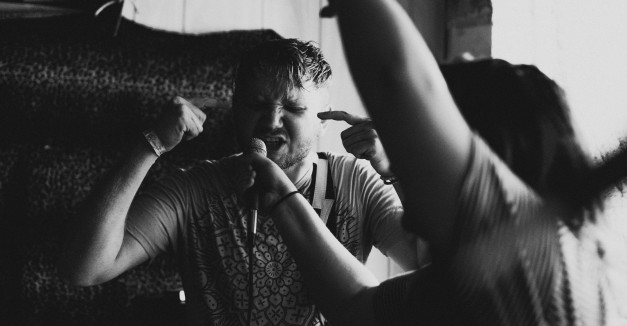 The walls dripped heavy with condensation Monday night, as bodies packed a hundred-something year old basement.This isn’t an unusual occurrence for Lincoln house venue, the Tree House, which hosts a multitude of cramped shows this season, a needed addition and spark to the Lincoln DIY and house show scene.

Better Friend brought a string of fans to the front row of the audience; belting lyrics and shaking fists at vocalist Meghan Munyon, eventually resulting in a dogpile/group hug hybrid.

“This definitely goes on our list of top five favorite shows we’ve ever played. This is awesome,” Munyon said.

The band has a demo up for free download on their Bandcamp, as well as a recently released single, “Turning Into Numbers.”Look below for the performance of that single at Monday’s show.