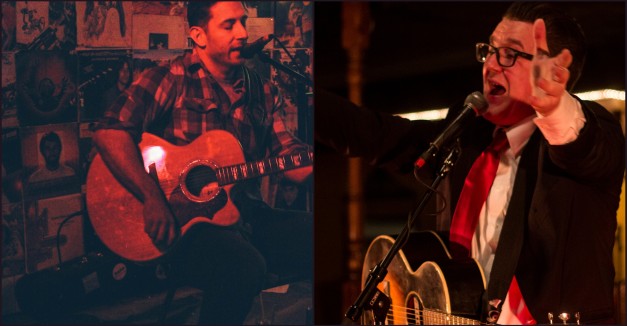 The chords and the beats may be similar, but The Bottle Tops and Travelling Mercies hail from different tonal ends of the Americana spectrum.

Both take the stage at Midtown Crossing tonight, starting at 6 p.m., for our Live at Turner Park series.

The Lincoln husband-wife-fronted Bottle Tops are as joyfully reliable onstage as any of their Sower Records stablemates, always devoted to and enamored of the bluegrass/rockabilly tradition they’ve tapped into and tweaked. That’s not to say Travelling Mercies is bummed out, but songwriter Jeremy Mercy is always somewhere inside his character-driven fare, both hard to find and raging toward the surface with his driving band.

Travelling Mercies will take the stage to start at 6 p.m., and The Bottle Tops will take over around 7. As always, Turner Park is the perfect spot to spread out a picnic blanket and kick back, so take advantage. Next week, we’ll host the final Live at Turner Park show with Hutch. Noah’s Ark Was A Spaceship and Snake Island! will undoubtedly trend louder and more amplified as they make up for their rained-out Wednesday a few weeks back.

To prepare for this evening, we swapped questions and answers with Jeremy Mercy (Travelling Mercies) and Mike Semrad (The Bottle Tops). Check in with them below. 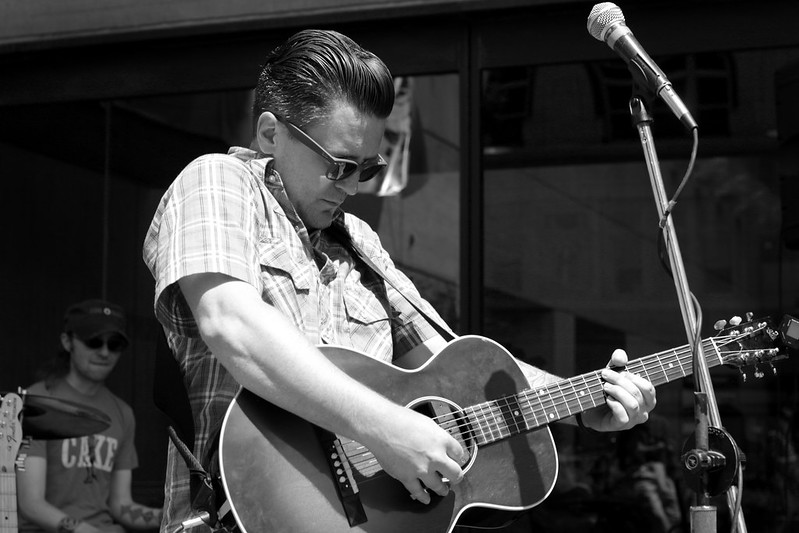 Hear Nebraska: What’s the story behind “Randolph on Fire”? Just personally, that’s my favorite song on the record, and you capture some great city energies.

Mike Semrad: In Lincoln, on the corner of 27th and Randolph houses a peculiar pack of businesses that in recent months have suffered from multiple random fires. All of these shops combined produce an onslaught of colorful characters milling about, almost as if Charles Bukowski or R. Crumb were responsible. A quirky pizza establishment, that even after three years optimistically reads in cartoon print, “Coming Soon!”

The long-time favorite amongst musicians: M&N Sandwich shop, which is owned by the surliest old meat-slinger in the business. In addition, there is an interesting hippy-like head shop, a jeweler, a late night taco hut (formerly Waldos), and a few eerie apartment spaces that live above.

I am not lying when I say this, but two weeks before the first fire occurred on the corner, I had a dream about that exact corner catching on fire. It shook me to the core with how real it was. I thought for a few weeks I was related Drew Barrymore’s character in Firestarter and developed some rare case of pyrokinesis.

The next morning I awoke and instantly had to get this first line out of my head and on paper. I suppose I was deeply intrigued by the odd sense of energy on this somewhat busy Lincoln intersection. After the song “Randolph on Fire” was written and recorded, the Paramount Linens on the same corner started on fire. A malfunctioning commercial dryer is believed to have been the cause of a two-alarm fire. Call it weirdness. Call it odd.

Hear Nebraska: When you and Kerry sing together on stage, your voices and timing seem very inextricable from each other. In recording the album, did you guys track together, or how did you try and maintain that live chemistry?

MS: Due to our lives being crazy pretty much 24/7, trying to maintain a music life along with parenting two amazing children, we had to track at two separate times. It’s a true wonder how well the record came together. I suppose I chalk it up to living together for so long and our voices melting into one another. Plus, Kerry is just so great at writing her own harmony lines that it makes my job easy. I should add that having Matty Sanders at Fuse at the helm helped immensely, as well.

Hear Nebraska: The Bottle Tops is so on frontlines of a very foregrounded folk/roots/bluegrass scene in Lincoln. Given a semi-seldom Omaha performance for you this week, what’s your impression of how those genres live in Omaha? Maybe a little more under the radar? Or interspersed with other things?

MS: I am very fond of the music I have heard out of Omaha as of recently, actually. McCarthy Trenching, Brad Hoshaw and Matt Cox were all on a CD/DVD that I produced called Stopping the Pipeline Rocks put out on Sower Records and executively produced by Bold Nebraska in support of the anti-pipeline efforts. I was completely floored with their song writing abilities, all three of whom I greatly respect as artists and hard working talents.

We have played a few times in the hip Benson area. But, we are looking forward to branching out and reaching some new listeners in Omaha. In Lincoln, we are lucky to have a collective in Sower Records that supports lots of our shows. But we are interested in making this a Nebraska-and-beyond effort. Not just Lincoln. So, playing in Omaha and other small towns outside of Lincoln excites us and other Sower bands even more. Bring your party hats folks, we’re gettin’ down!

Hear Nebraska: Coming out of writing Motel, such a tightly constructed-feeling concept record, what was it like to get back to writing other songs? Did you feel yourself pushing away at all from that strain of rugged Americana stories?

Jeremy Mercy: Actually, I was always writing other songs alongside those. The songs from Motel were written over a space of maybe three or four years. That was an incredibly prolific period for me. I didn’t start playing guitar or writing songs until I was around 30. Then it was like the experiences of all those years suddenly had an outlet and came pouring out of me as fast as I could write them down. I’m acutely aware of how special that kind of inspiration is now. I’m always working on another song, but it really is work now. My challenge now is curating those songs and figuring out how to package them. And pay for it! I have a whole bunch of what I guess I’d call love songs that I’m really proud of that I would like to put on an album.

Hear Nebraska: I remember seeing about a month ago that Travelling Mercies announced its last show, but then you booked a few more. Where are you at with the project? Are you now planning on pressing forward with Mercies or are you entertaining other musical possibilities?
JM: Ha! Emily Engles does most of our social media stuff. She’s a saint and really good at what she does. I should just shut my mouth and know my role. I’m lucky enough to play with, hands down, the best band in this town. But that also means that I have to share those guys with some other great bands. I sat down at the beginning of the summer and laid out their respective schedules on my calendar and realized pretty much every weekend had somebody playing somewhere with someone else. So I thought I should post something explaining why we wouldn’t be playing for awhile. But, apparently, it sounded like a 9th-grade girl’s breakup letter. The truth is, I’ll be playing when and where I can until I run out of songs. Or breath to sing ‘em with. How’s that for dramatic?
Hear Nebraska: Thinking back on your HNFM performance, I think I was struck by the textures of your voice when you sang low. Every vocalist has their range, of course, but have you worked as a singer on any certain kinds of expressiveness in your delivery? I’m thinking about “Travelling Preacher” in particular.
JM: I was an actor before I was ever a singer. I’m not saying I was a good one, but … My beautiful wife, Heather Berney [The Betties], and I will sit around trading songs late at night. She just kills everything she tries. She’ll play that junk they play on “modern” country radio stations and make it sound like the truth. Damn. Me, I’m not a great singer (and a terrible guitar player), but I’m pretty shameless when it comes to serving the song. It’s always the character singing. Sometimes when I hear that song now, I hear a little bit of Tom Waits. I don’t feel bad about that at all.