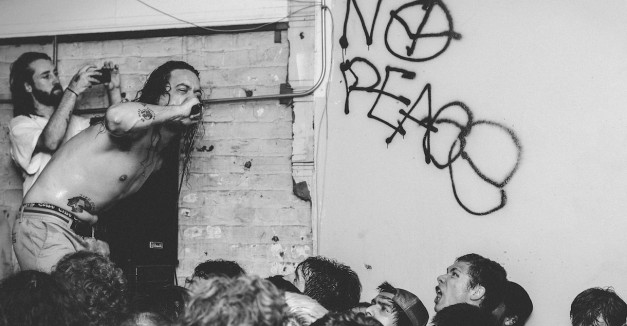 They were practically boiling from the moment Trash Talk took the stage, the band leaping onto them with ferocity, furiously hurtling everything from wall to wall of Omaha’s Midtown Art Supply. They were joined by Odd Future’s Left Brain and Omaha’s Powerslop. If you want the full story, find it here.

Set to “Cloudkicker,” a single from Trash Talk’s No Peace album, Hear Nebraska’s Randy Edwards captured these frames of the manic antics that night.