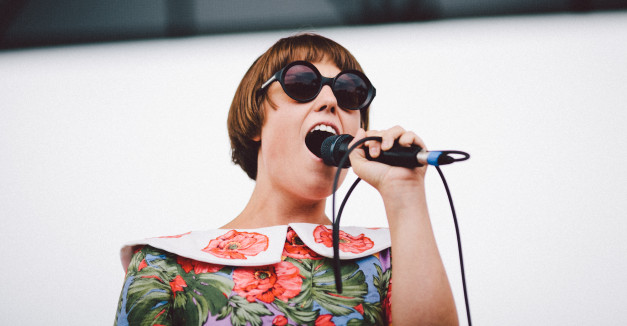 All these signs bode well, built by the hands of people involved in the scene for years.

Another hallmark of a robust music scene is influence. It’s harder to identify certainly, but over the last two decades, an original sound has slowly been crafted from the remnants of early ‘90s emo: Lincoln’s take on prog punk.

It’s been founded on the work of a handful of bands, each unusually connected through shared members and recognized influences: Her Flyaway Manner, Bright Calm Blue, Mr. 1986, UUVVWWZ, The Machete Archive, Dirty Talker, Bogusman, and you could argue for a few more.

Prog punk emphasizes instrumentation like prog rock. Composition is as important as image and idea. But where prog rock is often both intense and beautiful, prog punk is aggressive, tormented and distorted, borrowing heavily from hardcore. It’s a sound that grows up in basements like The Manticave (Bogusman’s current homebase) and finds a home in sweaty, crowded bars. Prog punk sounds like people who play their instruments with eloquent care, but also wouldn’t mind smashing them at the end of a set.

Bogusman, being the greenest of that list, might be the current realization of everything people like Adam Anderson, Brendan McGinn, Jim Schroeder and Saber Blazek have unwittingly been sharing and modifying for the last 20 years.

“It was the first time that I saw someone making music for themselves,” he says. “I wanted to do that.”

Talk to Blazek, bassist for seminal ’00s Lincoln act The Machete Archive, and he’ll tell you the same thing about Her Flyaway Manner and Mr. 1986.

Jim Schroeder played in Mr. 1986. Dustin Wilbourn played in Bright Calm Blue. They both later helped form UUVVWWZ (don’t forget, they were Lincoln before they were Omaha). Anderson and McGinn still play as Her Flyaway Manner, but their more recent and more active project, Dirty Talker, with Justin Kohmetscher, could well be the music made by kids who grew up listening to Her Flyaway Manner.

I’ve come up with family tree of sorts, tracing the roots of the prog punk sound roughly from its beginning with Her Flyaway Manner, through some of its more prog-centric turns, to where it stands today. The list is an attempt at recognizing posterity for one of Lincoln’s greatest, in-grown, artistic endeavors. 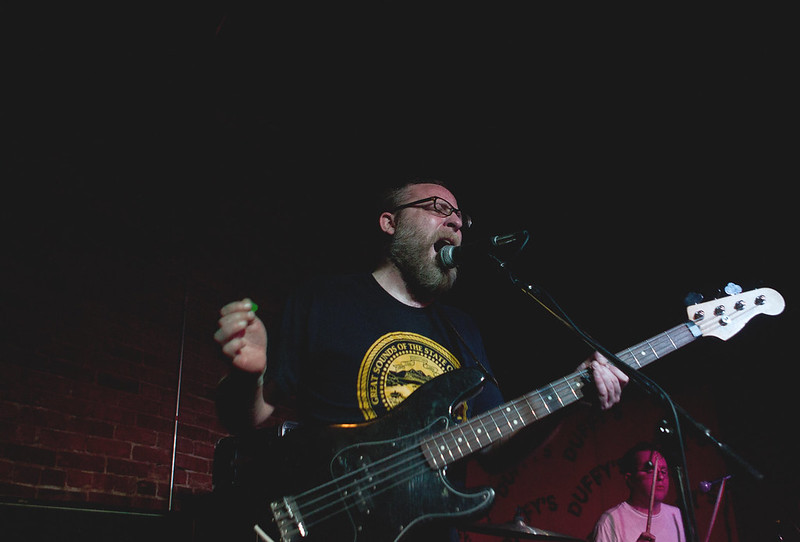 Founded by Anderson and McGinn in high school, these guys still play frequent shows (including this weekend at the Zoo Bar). Their sound, influenced by musical trends in ‘90s hardcore and emo, helped create a template for what was to develop over the next two decades in Lincoln. It’s in the sheer instrumental and compositional skill of progressive rock and the vocal ferocity of punk and hardcore.

“I think they’ve been a very influential band,” Kohmetscher says. “Certainly influenced the way that I play. I mean, I learned to play on their equipment.”

In 2004, Dustin Wilbourn of Bright Calm Blue told Lazy-i that Her Flyaway Manner, and specifically McGinn, had been a big influence on his work when the two bands (as well as a handful of others) were sharing a practice space near Lincoln’s Haymarket. 2004 happened to be the same year that Bright Calm Blue played its last show.

Tracks from the band lift from Her Flyaway Manner’s intricate guitar work and fluctuate between subdued, American Football-esque vocals and the throat-bleeding screaming associated with hardcore music. The band released a couple records with Level Plane out of Charlottesville, Vir., and called it quits not long after.

Like Bright Calm Blue, Mr. 1986 saw Her Flyaway Manner as a huge local influence all across the board. But the instrumental band that put Jim Schroeder’s articulate guitar work on the local map might have been just as large of a stepping stone.

They ditched the vocal work altogether and focused on composition. Changing time signatures mid-swim, it’s easy to imagine Mr. 1986 spending 20 minutes on a two-minute song segment, getting it just right. They foregrounded the whole over the individual parts — it matters less what your drums can do and more what they can do with your guitar.

Schroeder’s experimental guitar work here is a faithful peak into what he would later go onto do with UUVVWWZ and it’s safe to say The Machete Archive may not have been the same band without Mr. 1986 before them.

“To see this raw emotion really talked to me. It was like, yeah, I like getting loud and rocking,” Blazek says of seeing Mr. 1986.

The prog rock trio lived at or near the Lincoln music scene during their tenure, packing nearly every bar they played. Like Mr. 1986 before them, The Machete Archive were an instrumental band where composition and effectiveness relied time signature changes and each instrument both playing independently and freely while leaning heavily on the other parts for full power.

Mr. 1986 popularized and succeeded with the notion that instrumental rock can be as compelling and often more complex than vocal-led music. The Machete Archive bore that torch and added kindle to its fire.

UUVVWWZ began quietly, almost without incident. Through their first few shows at Box Awesome in Lincoln, it wasn’t quite clear what was going on. Teal Gardner’s acrobatic vocals seemed as compellingly brand new as they do today. Last year, UU released The Trusted Language on Saddle Creek Records. The record concentrated their sound to something more blues-based, less raw, and set a clear course for the group.

2009’s self-titled debut found the band doing something more raw and experimental. Supposedly UU put the first nine songs they wrote on the record. Schroeder’s guitar work is at times sparse, intricate, loud and refreshingly experimental. As in Mr. 1986, there’s an emphasis on musicianship and the interplay of each instrument. Wilbourn plays bass and the way his lines use the space around them is a certain departure from Bright Calm Blue’s wall of noise, but it faithfully predicts what Dirty Talker and Bogusman would do later.

Anderson, McGinn and Kohmetscher have known each other and played in bands together since high school in the mid-’90s. If Her Flyaway Manner can be called the mother of Lincoln’s prog punk sound, then Dirty Talker is perhaps the favorite child. It’s a big family and each band has worthy accomplishments and contributions, but Dirty Talker took what its parents started and built on it, changed it without deviating.

Like UUVVWWZ before them, Dirty Talker plays with space. In my review of their Lincoln Exposed set in February, I called Dirty Talker graceful. It’s not to say that the Machete Archive or Bright Calm Blue or any of the other bands here lacked grace, but Dirty Talker manages sheer aggression, subtle interplay and spare unison like no other band on this list.

It’s easy to call Bogusman “Dirty Talker Jr.” They’re younger. They came of age watching the likes of Anderson and McGinn play in Her Flyaway Manner and Dirty Talker. The similarity is there. Three guys shouting into a microphone in unison, intricate guitar work. It’s all true. But it’s also somewhat dismissive of Bogusman’s own merits and contributions.

As always, there’s an emphasis here on instrumentation. The basslines on Bogus EP are as grooving as they are aggressive. The vocal work possesses a more palpable fury than the work of those before. Bogusman bends a prog rock sensibility to fit a hardcore aesthetic.

“I think it makes a lot of sense, that we grew up watching these guys play and sort of fell into the same style,” Luginbill says.

All three members of Dirty Talker count Bogusman as among their favorite Lincoln bands.

Artists working in the same community, drawing influence from one another and collectively creating something new: Great artistic movements are often made this way. Modernism on the French Riviera. Poetry of the Harlem Renaissance. Beat writing in San Francisco, the indie music sound and Sub Pop records.

And prog punk in Lincoln.

Maybe it will never reach that kind of notoriety, and maybe it will never put Lincoln on the map. That’s OK. The community doesn’t create as a means to recognition, it creates as a means to create. And here, the pursuit of art has created a collective consciousness, a goal and aesthetic to work toward, the likes of which might not exist anywhere else. That’s worth celebrating.