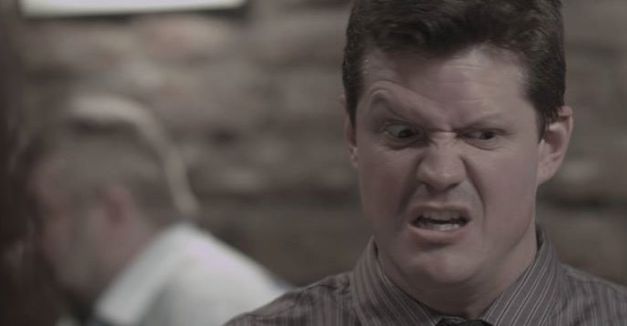 Cheers to our state’s filmmakers for looking to their peers and fellow Nebraska artists when it comes time to set a mood or strike an emotional chord in their movies.

Aaron Gum’s feature-length Bent Over Neal certainly takes this idea to heart. (Not surprising: Gum is the director of many Nebraska music videos.)

The title character (played by Darrick Silkman) undergoes a mid-life crisis, creating a ripple effect into the lives of his best friend, Rob, (Andrew McGreevy, who also adapted the film’s screenplay) and his sister, Lisa (Chelsea Wagoner).

“Bent Over Neal” premieres tonight in Omaha at Aksarben Cinema. Soundtrack concerts, featuring many of the included musicians, are tomorrow at The Waiting Room and Sunday at Vega.

To celebrate, we’re shouting out our favorite soundtrack moments in the film. Here they are in order of appearance:

It’s a little weird to start with a non-Nebraska band, but Neal and Rob putting on this Driftless Pony Club song in the car post-camping-trip is the movie’s first real soundtrack hit. The overnight, which leaves them both questioning their long-term life decisions, is the incitement of conflict in the film. And the alarm-clock-esque punk rock of the Chicago band works as a sobering reminder that they’re not as young as they once were. Stakes moving forward are high.

Rock Paper Dynamite songs always feel like they’re kicking up dust behind them, so this cue is fitting, given that Rob is neck-deep in running from his personal problems. If RPD songs often take on a mood of release, “Nonchalant” flips the coin over to show their adeptness at depicting wheel-spinning tension.

Learn how to place music on itunes at ReverbNation.com

The absurd intensity of a Bloodcow show creates a live backdrop for Neal’s first date with Ariel (Andrea Erickson), the romantic interest who finally awakens his life in a pretty jarring way. And it’s no wonder Neal is so taken with her. Clearly, Ariel is hip enough in this filmic version of Omaha to be invited on stage for a song by Bloodcow frontman, “The Corporate Merger.”

Perhaps the local leader is writing madly-in-love love songs, Lucas Kellison’s “West of Eden” scores a peak moment of bliss in Neal and Ariel’s relationship. Also, the orchestral string arrangements of Kellison’s work in Undisco Wood (more so than Kellison’s funk work) jives with the artisan vibe of the scene.

Learn how to get a song on itunes at ReverbNation.com

Bent Over Neal is constantly building. It’s a quartet of people dealing with denial, frustration and complexes that are bound to boil over. An Eli Mardock performance of “Cut Me Open” makes for a tangible moment of catharsis. With the actual Mardock looking on in the scene, it’s an outpouring of sentiments the characters have been waiting to divulge all film long.