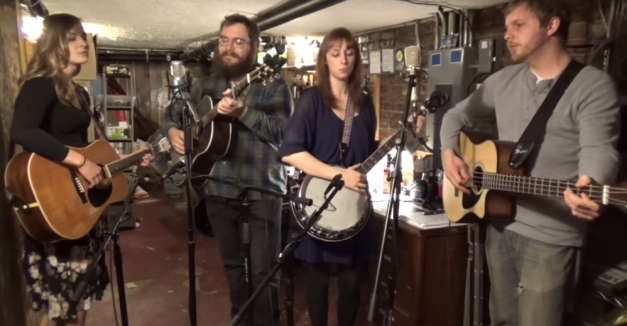 Yesterday, we published a feature on NPR’s Tiny Desk Concert contest, specifically highlighting Nebraska artists who submitted videos to this year’s nationwide talent-search. Today, we received a second batch of videos we missed and felt compelled to share them.

Matt Whipkey’s “Nothing To Do (With Me)”

Filmed and edited by Mike Machian

Charlie Alley’s “Which Is Me”

Omaha native Charlie Alley tells a set of dark, sorrowful tales in the soft light of winter. Each one explores what it’s like to be ripped in two by productive and destructive parts of oneself, not knowing which one to trust or which is real. On the desk: a copy of Brian Greene’s The Fabric of The Cosmos, which explores theoretical physics, cosmology and string theory, as dense as Alley’s subject matter. Alley is a recent Kansas City, Mo., transplant, but plays O’Leaver’s Saturday with Bach Mai and Topher Booth (RSVP here).

Andy Pappas’s “Something With My Hands”

Lincoln pianist Andy Pappas performed this soulful piano tune in the Good Times Studio control room. It smacks of a person desiring to reach higher, to create something of his own (and is much more earnest than the Ween version).

Pleiades & the Bear’ “Love in the Valley”

The Omaha folk quartet’s harmonies weave in and out of each other in this rolling tune, performed in a basement shop. Pleiades & the Bear plays Friday, Feb. 12 at Harney Street Tavern with OMAHA and Justin Ready & the Echo Prairie (RSVP here).

Ragged Company’s “The Devil Within”

The Tiny Desk format is very conducive to folk acts, as we’ve seen with above entries. This Omaha foursome decked its digs with a set of iconic albums and worldly items, lending a slick look to its dusty, earthy folk. Catch Ragged Company next Monday, Feb. 15 at Slowdown with The Way Down Wanderers and Burkum Boys (RSVP here).

Emily Ward’s “Burn Down The House”

Omaha pianist Emily Ward self-produced this harrowing, reflective breakup tune, written more than a year ago. According to her Facebook post, it remains one of her favorite songs to play. Perchance you can hear it tonight; Ward plays Bar 415 with Sammi Carper (RSVP here).