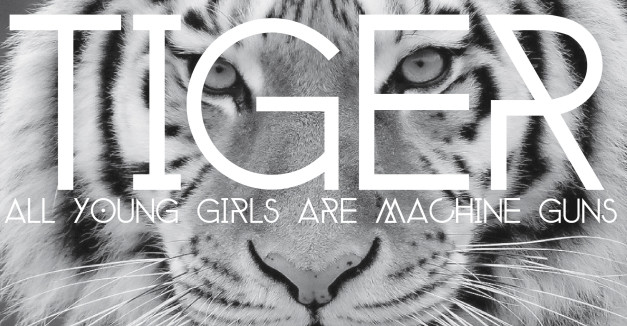 For its singer and songwriter Rebecca Lowry, the two new singles from All Young Girls Are Machine Guns mark the end of an era — specifically, a jazz era.

Not long after the release of AYGAMG’s most recent album — 2012’s Here’s Hopin’ Tomorrow Never Comes — both bassist Travis Sing and guitarist Will Meinen left to pursue other projects and work. The band found new members, moving to a more soulful sound in its live set.

They were left with two songs recorded with the old ensemble, two songs Lowry had written to capture AYGAMG’s gritty roots.

Lowry explains in a press release: “The songs speak about the animal urges that rise up in us all, and about our abilities to exercise an obscene amount of self-control in spite of the urge to give in. These songs are dark and dangerous and belong archived alongside one another.”

The pair of songs, “Tiger” and “Snake In The Tree,” are available through Soundcloud below. Last night, AYGAMG also launched a Kickstarter campaign in the hopes of pressing the two songs on a vinyl 7-inch.

“Snake In The Tree” Credits: