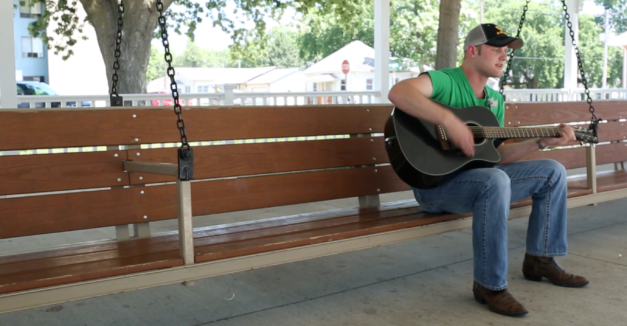 The way Cole Harris sings about existence, through its constant shifting, is the way a principled person might. In a sea of change, one’s only rock are the lessons gathered from years of trial and error.

Seated at the center of the World’s Largest Porch Swing in Hebron, Nebraska, the Seven Days Sober frontman lists the maxims by which he lives. Harris grew up in the small farming community, a circumstance he praises. His tone is grateful and the rules, however simple, demand its practice: politeness, discretion, hopefulness, chivalry.

It all amounts to the Golden Rule, but it also beckons another classic saying about comparison and joy. The grass may look greener in your neighbor’s yard, but theirs will end up like yours eventually. May as well party in the dirt.