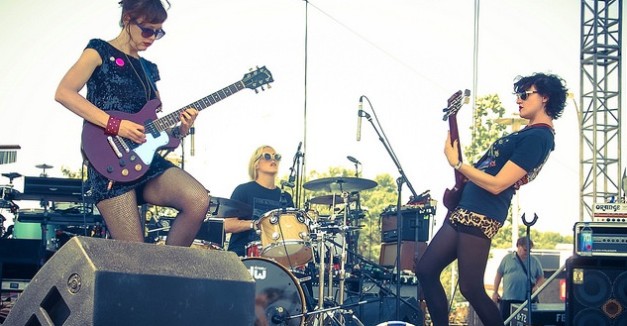 This year’s Maha Music Festival maintained its signature community environment, growing into what ought to be a nationally recognized event. While surpassing expectations for a “young” festival, it also raised the bar on supporting women in music in a festival setting. Whether it was intentional or not, it happened, and Maha deserves to be applauded for it.

Some criticize music sources for highlighting “women in music.” We don’t typically highlight men in music. I don’t think I’ve come across a feature along the lines of “The Men of Bonnaroo” or have read an article on “How it is to be a man in music.”

Why is that? Why do we focus on the female gender getting equal recognition for their talents? Because more often than not they are not being supported equally in the music industry. 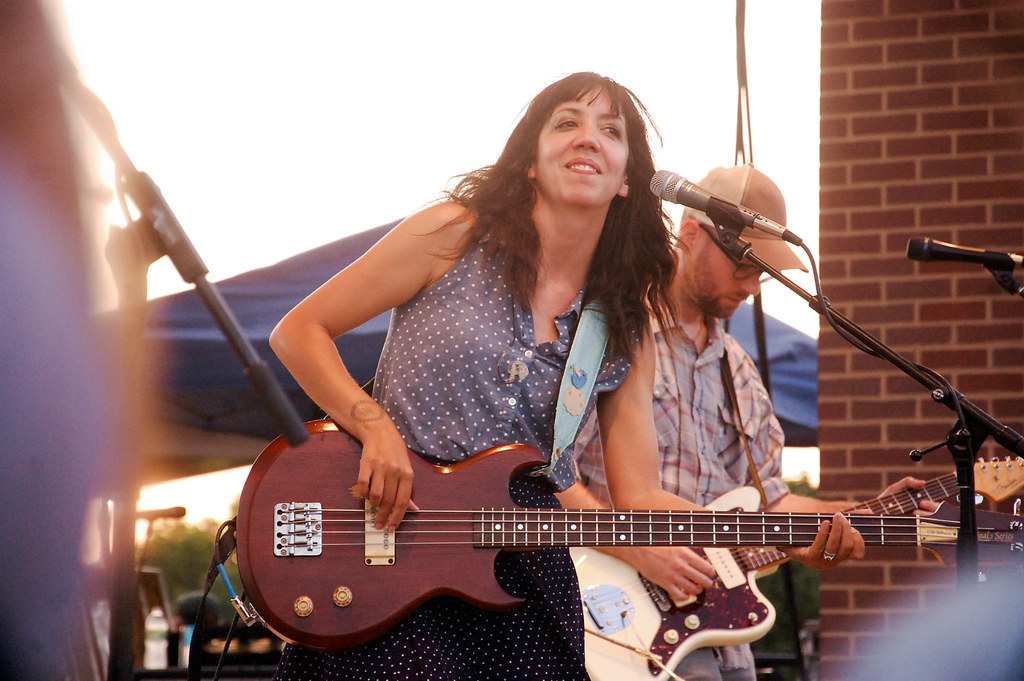 If you take a look at the major festival lineups of 2015, they are brutally gender imbalanced. To put it in better perspective, out of roughly 160 artists at this years Coachella Festival only 26 were female fronted; that’s 16 percent of the festival’s line up. Bonnaroo and Lollapalooza came in at around 20 percent, a little better, but not by much. With these major festivals becoming more and more homogeneous they have somewhat lost the vision they started with: to support emerging mid-sized eclectic and diverse artists that aren’t typically heard on commercial radio.

One recent article quoting a major festival organizer’s outlook on the low percentage of female artists represented on the bill. He remarked how there aren’t as many women in hard rock, hip hop and electronic music, which is what these now “mainstream” festival’s are filling their lineups with.

Women are everywhere in the music world. With today’s access to music through different streaming sources like Pandora and Spotify, social media outlets etc, there is an abundance of diverse and genre specific music to explore and support, made by women.

Maha is proof of this. From early in the festival, the belting hard rock sounds of Lincoln’s Freakabout rang out, singer Courtney Kirby mesmerizing with her sultry and powerful performance. Skip forward a few hours and the soulful, hypnotizing songs sung by the ladies of Omaha’s All Young Girls Are Machine Guns. 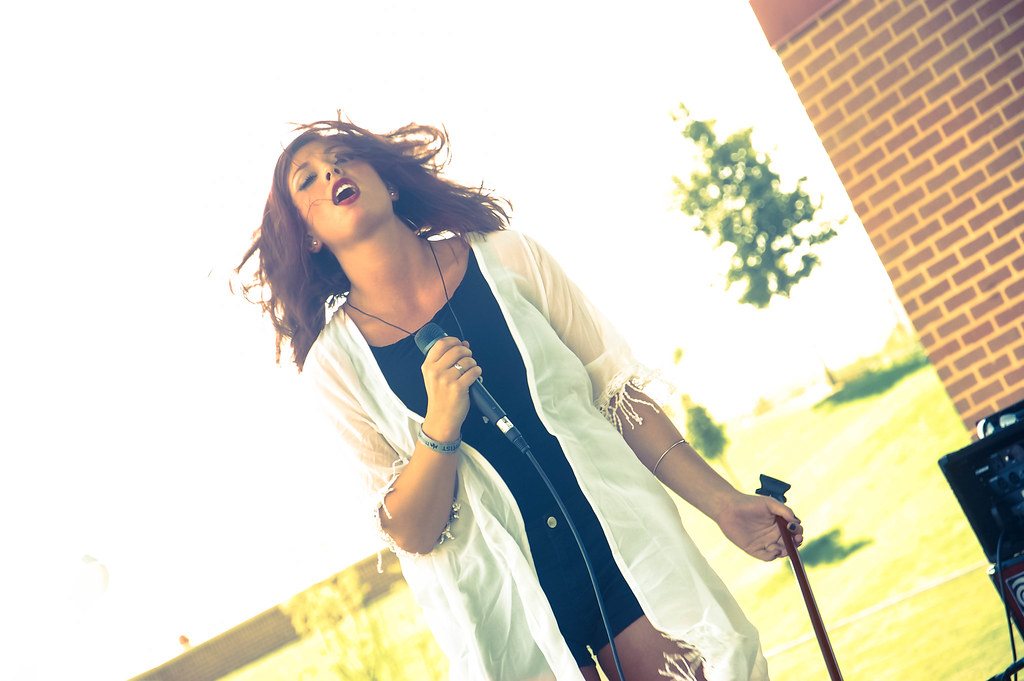 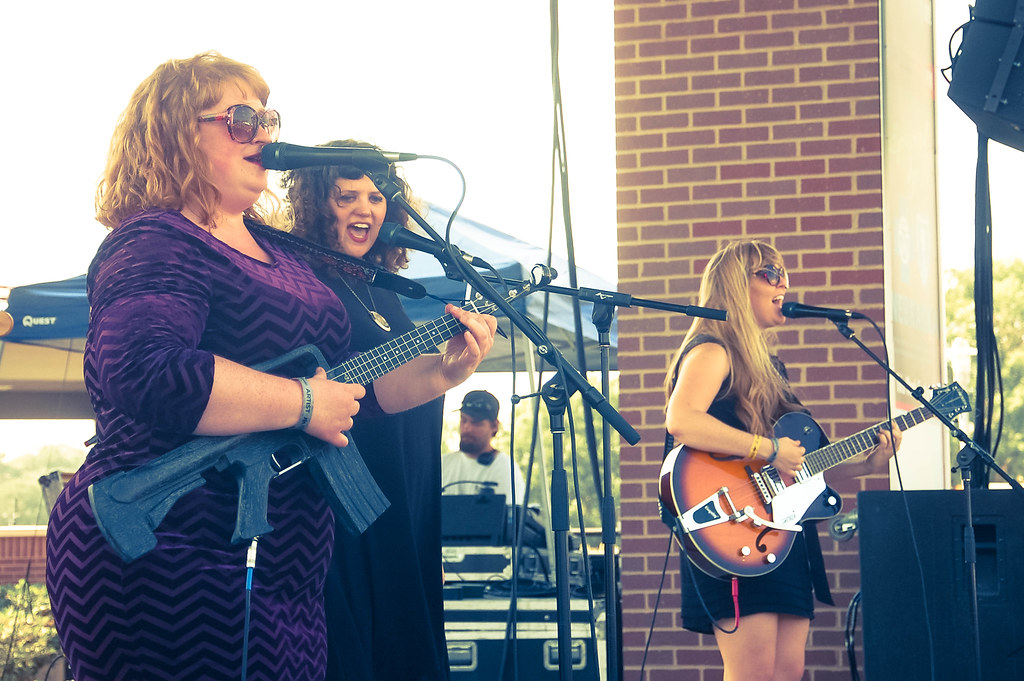 The exceptionally distorted garage rock of all-women garage punk trio Ex Hex flowed into the dream pop waves of Canada’s Alvvays. Later in the night, the theatrical and whimsical performance of Purity Ring’s Megan James provided escape from reality and a ride on the electronic carousel of dance and emotion. Of all the cities and states they have toured, it was here in Omaha that they were able to be part of such an inclusive festival. 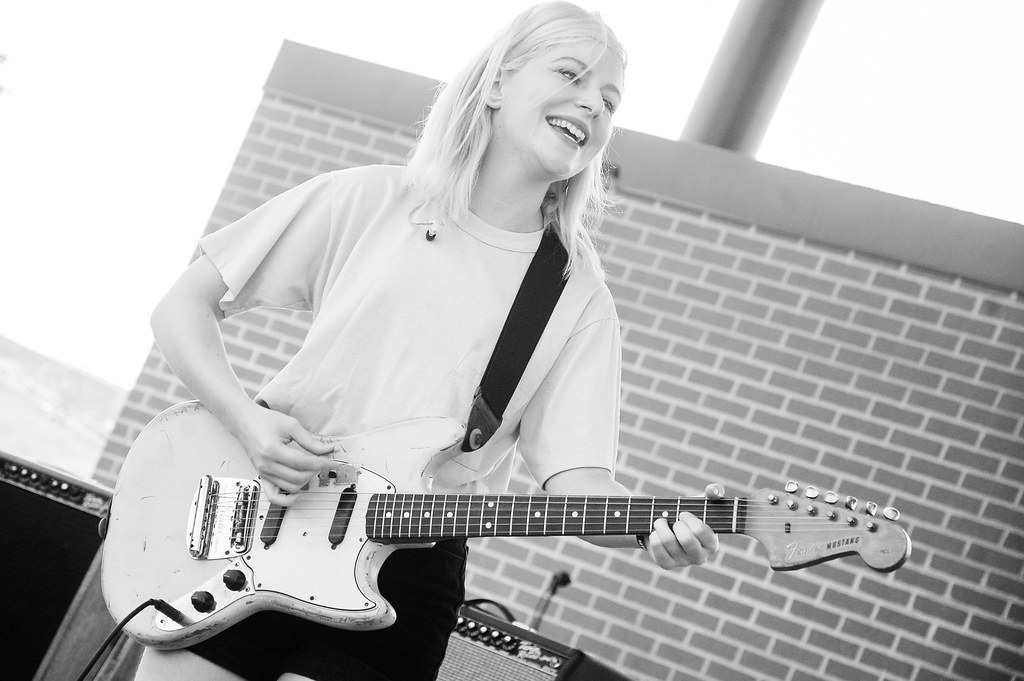 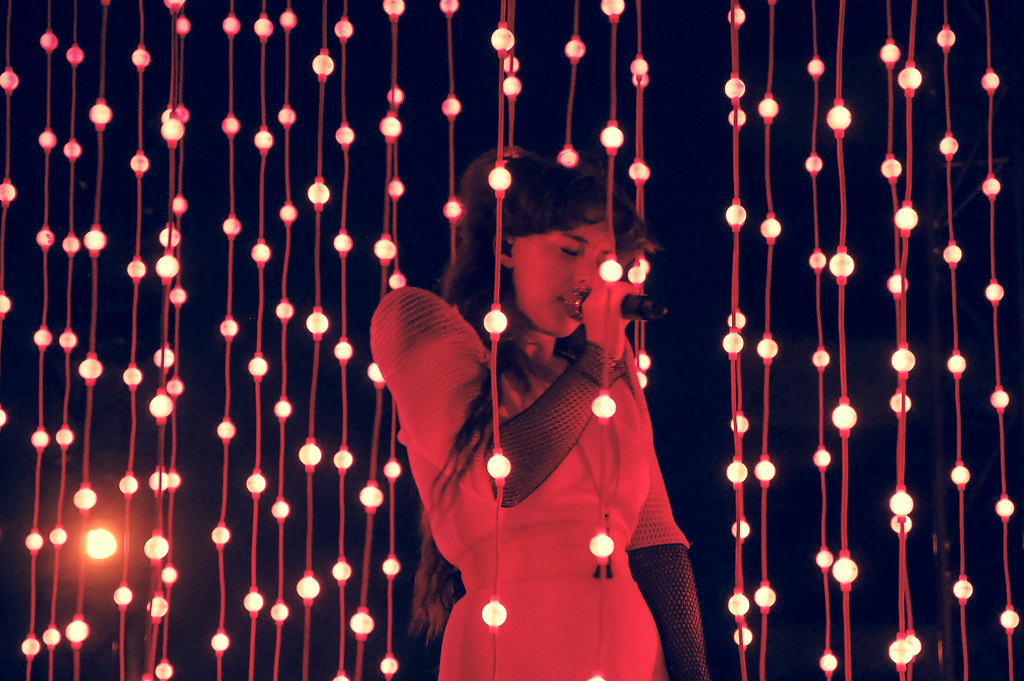 Omaha Girls Rock group “Vintage Paisley” trotted out for a mid-festival performance. It has become an event mainstay to have a band from the non-profit all girl summer music camp grace the side stage. The organization hosts a summer camp giving girls “the confidence to use their voice through music, education, and performance. It was goosebump-inducing to see those young ladies cheered on by thousands. Several fans sang along with smiles ear to ear. The trio left the stage to a roar of applause. 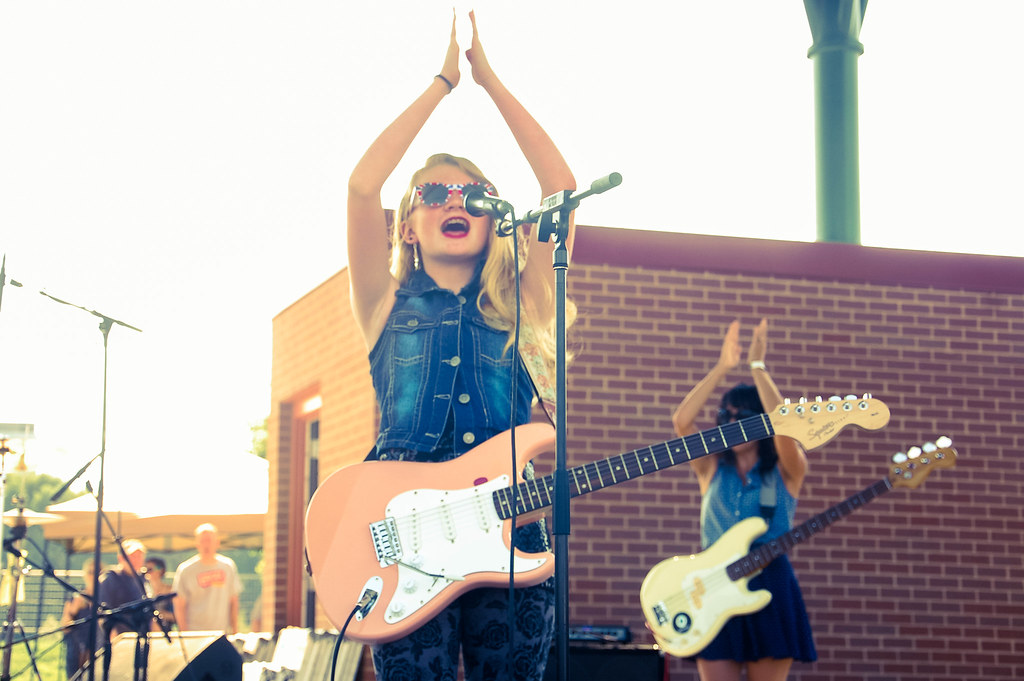 It was in this moment I realized that this festival is also teaching and exposing younger generations. From young onlookers to the performers, Maha provided the opportunity to see that creative dreams are attainable and supported.

Speedy Ortiz lead singer/guitarist Sadie Dupuis directly acknowledged the gender-bending line up of Maha during her set and got a round of applause from the crowd. I was wondering if any of the artists were going to acknowledge the more gender-equal bill, and it was no surprise me too much that Dupuis was first up to do so. Dupuis’s master of fine arts poetry candidacy makes her an exceptional upfront lyricist and her latest work supports those who are fighting struggles of self-reflection and self-doubt. 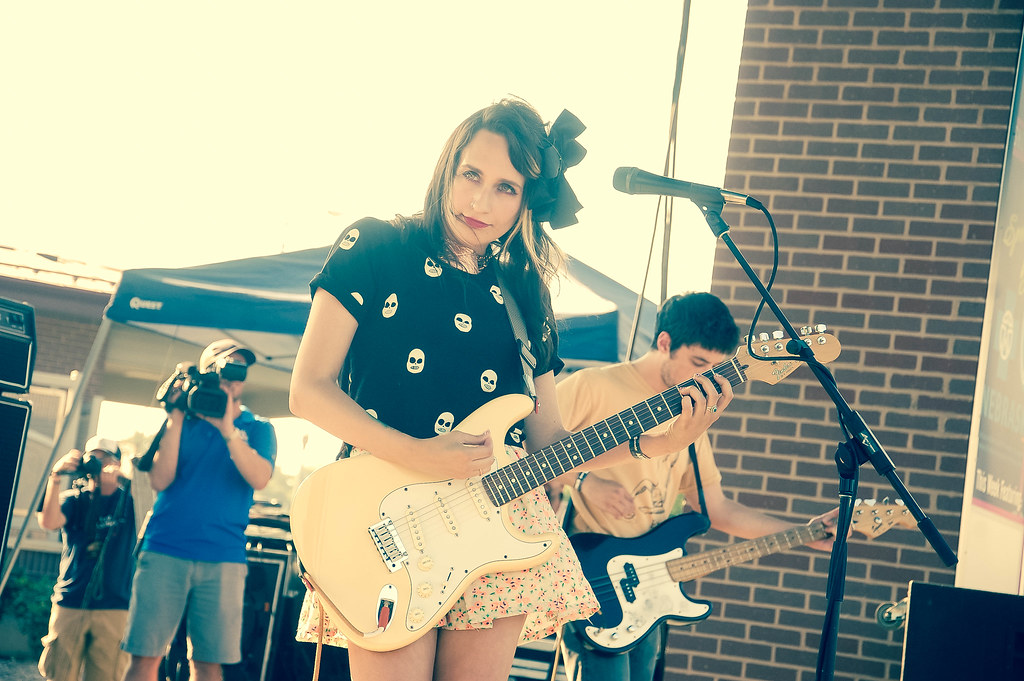 Maha also integrated bands like The Jayhawks, The Good Life and of course Modest Mouse that continued to boast the percentage of female artists on the line up. Where players like The Good Life bassist Stephanie Drootin-Senseney and The Jayhawks’ keyboardist Karen Grotberg may not have been the focal point of the group, the group wouldn’t be the same without them. Take Lisa Morinello, multi-instrumentalist for Modest Mouse, who was truly captivating. She is an absolute force to be reckoned with, performing as if her blood pumps through her veins into the strings of her viola. 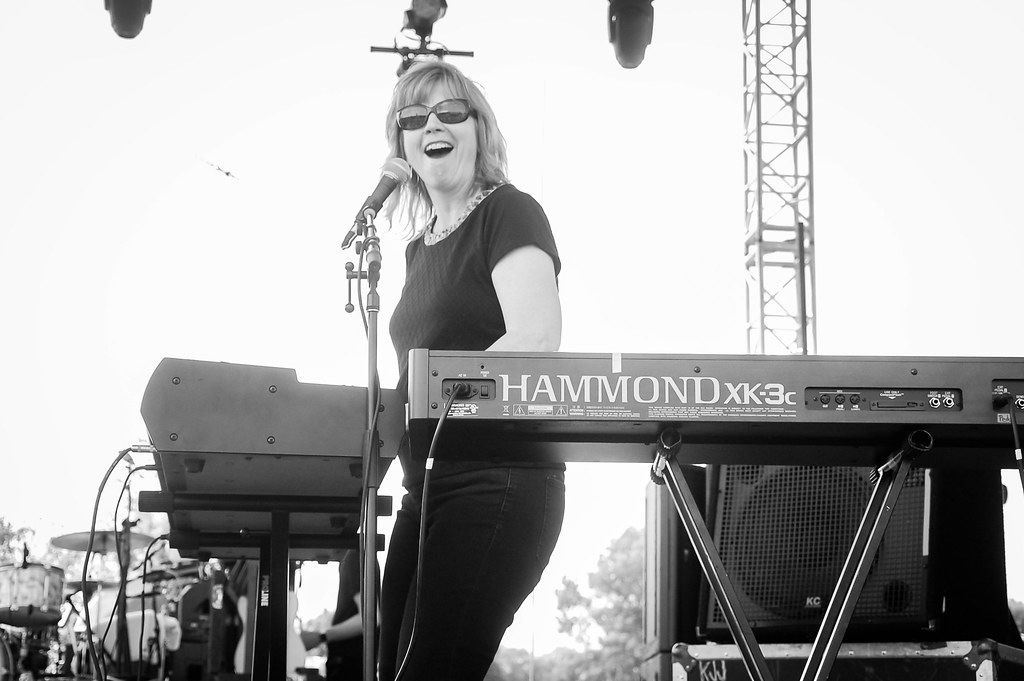 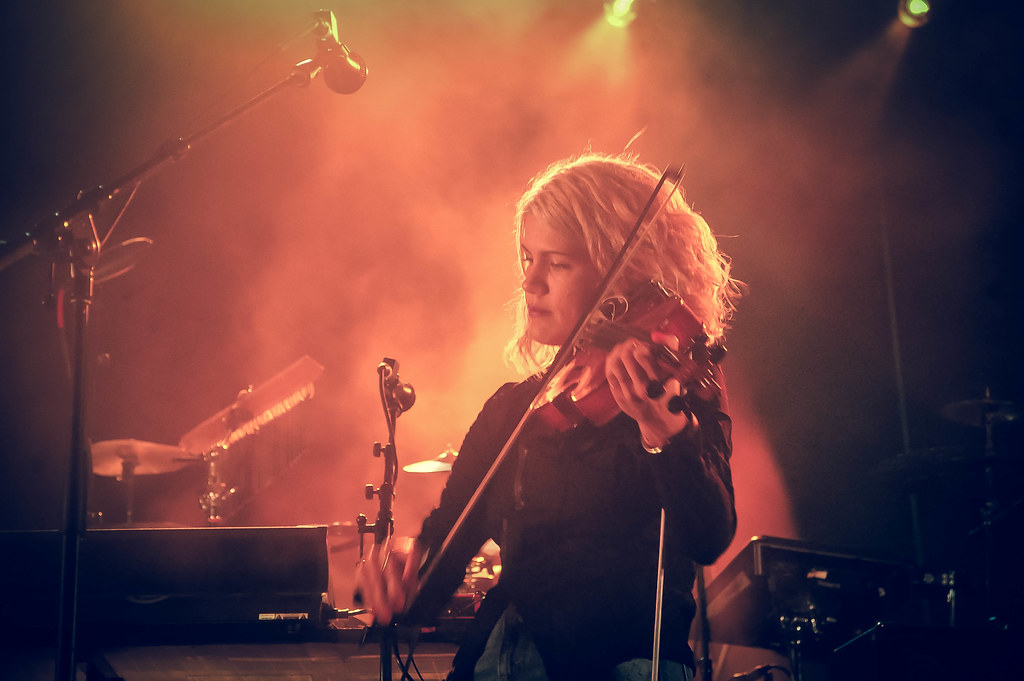 In between set changes I heard a young man excitingly say to the group of friends he was with “Have you noticed how many women are playing this festival? I love it!”. I couldn’t help but turn around, smile and high five him for his acknowledgement and enthusiasm. He was so genuinely happy and excited to see women in music being supported. We chatted briefly about the norm and how Maha broke that barrier with this year’s fest. Upcoming generations want what Maha created to be exposed and submerged in an inclusive, socially-conscious environment.

I left Maha excited for the future of women in music and for the future aspiring female artists. Maha isn’t the only festival happening in Nebraska that is paving a way for a more inclusive music scene. Benson First Friday Femme Fest, curated by All Young Girls Are Machine Guns’ Rebecca Lowry, takes over the Benson strip in Omaha on Sept. 4. Femme Fest features more than 40 Lincoln and Omaha bands, supporting all manner of women musicians, from frontwomen to drummers. The comprehensive event supports all musicians: not gender specific, but gender unified.

Kudos again to Maha Music Festival for embracing all artists, bending the festival gender norms and creating an example of a festival accommodating the spectrum of genres and identities in music.