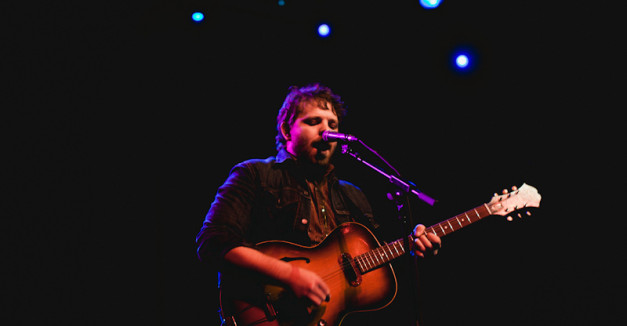 The melding, but still distinct, sounds of children’s voices warble on Chris Senseney’s side of the phone call. He’s at a one-off family reunion outside his hometown of Valentine — “aunts and uncles and cousins” as Senseney puts it in his dusty, unassuming voice.

Big Harp’s guitarist and singer has made the drive in and out of Valentine and across the state countless times in his life — a couple dozen national tours, east and west. On this occasion, he’s driven in from Los Angeles, where he’s lived with his wife and Big Harp bandmate, Stefanie Drootin-Senseney, and their two children for the last five years. They’re playing at O’Leaver’s in Omaha the next night. Then, they turn back west for a dozen tour dates, playing songs from the would-be third and fourth Big Harp records that are both unreleased.

Probably more than any other area of the state, there are distinct topographical factors that signal a near homecoming. Cut up by streams and dotted by spring-fed lakes, The Sandhills roll for a hundred miles south of Valentine, though most of Senseney’s childhood were spent at a country property fives miles northwest of town, in a valley along the Minnechaduza Creek. The land there breaks up into canyons and pinewoods.

“I spent a lot of my time just wandering around in those landscapes,” Senseney says, “finding feathers and weird rocks and turtles and snakes and things.”

Senseney learned guitar and piano from his father, who still works as a doctor in town. The older Senseney was self-taught, and both of Chris’ parents had a taste for country and folk music standards: Townes Van Zandt, Waylon Jennings, Hank Williams, Marty Robbins.

Senseney began creating his own parts on the instruments immediately, and the first proper songs came in junior high, around the time he was forming kid bands under names like Death and Destruction, Bloody Bacteria, Nimbus and Lupehole. They would occasionally gig in 3,000-person town, what Senseney says was Valentine’s “non-existent” original music scene.

The guitarist and singer’s taste for off-kilter, “collagier” rock music only grew once he moved to Omaha in 2000, forming bands like Baby Walrus. And, catch a recent Big Harp show to find Chris, Stefanie and drummer Daniel Ocanto zipping through wild, tropical punk with Chris riding emphatically up and down his fretboard in large swaths. 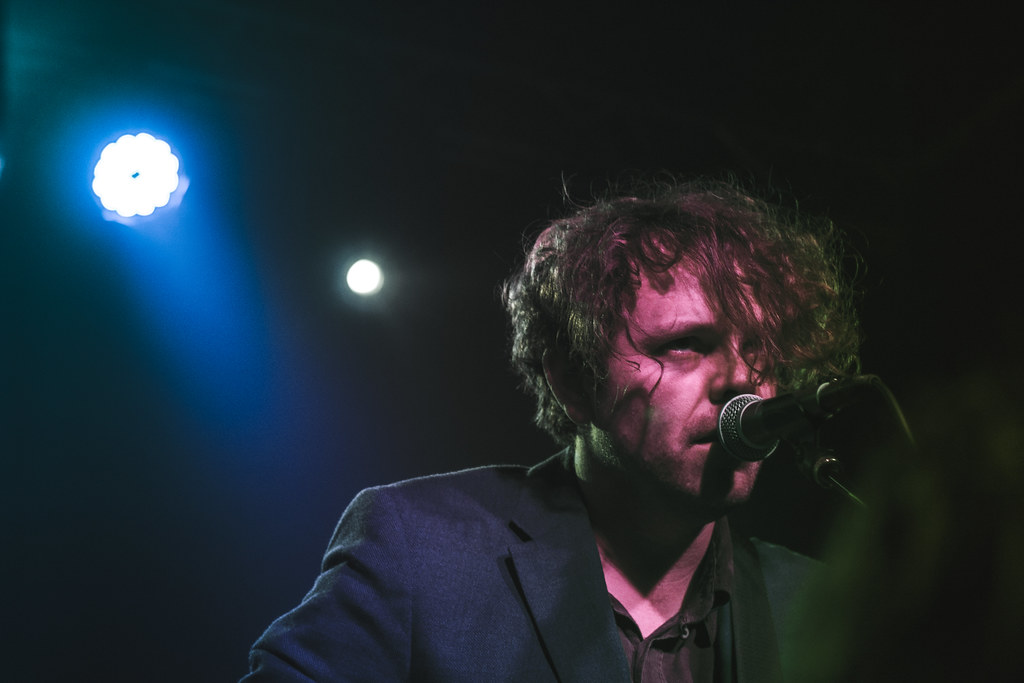 Yet, the Sandhills and the music Senseney grew up hearing resonates on a crucial entry in Big Harp’s discography. 2011’s White Hat, the band’s first of two albums on Saddle Creek Records, was a classical, if slightly warped, homage to country and folk music. Senseney says, at the time, writing that record was an artistic challenge bolder than going in any other direction.

“It was kind of an experiment to see if I could do it,” he says. “Before that, I was making thrashier, strange things. And to me, it felt like the weirdest, most challenging thing I could do would be to try and make a straight country album.”

And White Hat certainly rings like an album that knows its musical ancestors and source material. Its opening ballad is the violently imaginative and revisionist “Nadine.” The title track is a picky cowboy number that appraises how wearisome it can be to seek purity in a world “where everybody wants to throw mud.”

Still, the album’s tenderer moments, “Steady Hand Behind The Wheel” and “Let Me Lend My Shoulder” put forth a kind of reliability in spite of a hard world. Call it a blue collar, responsible approach to love that feels tied to rural life and physical exertion.

Side-by-side, the critiques and small oaths of affection emanate from a lyricist who’s carefully observed Americana genres, and the world at large. Senseney estimates his geographically isolated upbringing has forever made him observant.

“Everywhere I’ve lived and everywhere I’ve gone, I’ve always felt like an outsider, watching what everyone’s doing,” he says. “I think that gives me a different take on things.”

Although he hasn’t lived in Valentine in more than a decade, Senseney has only recently stopped writing songs set in rural landscapes. It’s a contextual theme that’s stuck with him as a writer. At its best, his youth forged curiosity.

“I always feel like everybody else has some shared context I’m trying to figure out.”