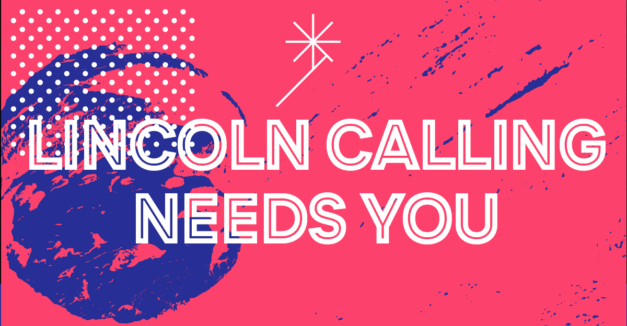 I appreciate each of you who are creating and supporting cool things where cool things don’t always naturally exist. I wanted to quickly tell you why I hope you consider supporting another: the Lincoln Calling Music Festival.

Quick background: On the first Husker football bye week for the last 12 years, the independent music festival Lincoln Calling has featured as many as 100+ diverse local and national musical artists, performing at numerous venues centered around downtown Lincoln. Just like an early SXSW. It has drawn some heavy hitting artists as they were on the verge of breaking, including Future Islands, Tilly and the Wall, Hood Internet and Those Darlins. And it has featured many of the city and state’s own top musical talent. A DIY festival in its truest sense, however, it flew under many Lincolnites’ radar.

This Oct. 6-8, Hear Nebraska gets its first shot at running Lincoln Calling as it becomes a major program in our nonprofit’s statewide events roster. As the LJS reported, this year’s Lincoln Calling features more national talent and regional advertising than ever, including:

“Screaming Eagle of Soul,” “Soul Legend,” Charles Bradley  lived a hard-knock life until 2011, when he was pulled into the limelight by the hip Brooklyn label Daptone.  He was named to the top spot on Paste Magazine’s Best Live Acts of 2015, and has played many of the major festivals in the country in 2016. The Brooklyn-based 67-year-old released his critically acclaimed third album “Changes” on April 1 via Daptone, which Rolling Stone called one of the “Most Anticipated Albums of 2016.” Lincoln is his only Midwestern stop the rest of 2016.

Pitchfork said this Cleveland indie rock band has “mastered the art of thrashing catharsis, pummeling out the anxieties of nostalgia and expectation with bloody verve. On their latest album, though, they’re trying to explore the spaces in between the screams.” Look for a big announcement about this band just before the festival.

Domo Genesis is a critically-acclaimed hip-hop artist from Inglewood, CA. The 25-year old rapper burst onto the scene a stalwart of the notoriously incendiary hip-hop enclave, Odd Future, earning a reputation as one of its most lyrically precocious members. Following the renowned success of independent projects “Rolling Papers,” Under the Influence, and Under the Influence 2, Domo Genesis released his highly-anticipated debut album, GENESIS, in March 2016, with appearances by Mac Miller, Wiz Khalifa, Juicy J, Tyler, The Creator, and more recently, Anderson .Paak, who is featured in the hit song “Dapper.”

AND SO MANY MORE!

In all, Lincoln Calling features 120 musical artists — about 40% percent national, 60% Nebraskan, 100% killer. Genres range from soul to indie rock to hip-hop to country to hardcore to folk to pop to electronic.

Lincoln Calling features more critical darlings than we could mention (See: Twin Peaks, Screaming Females, Icky Blossoms, Alan Kingdom, Esmé Patterson), as well as legends like David Dondero, Simon Joyner and Lincoln’s own Domestica. There, literally, is something for everyone. (Seriously, check out these bands!) It also features 20 or so hilarious national and local comedians.

We’re betting Lincoln can support a major music and arts festival. And, while sponsors only cover a portion of the festival costs, we’re taking that risk thanks to support from many of the city/state’s most forward-thinking businesses.

In addition, we partnered with awesome events like Lincoln Startup Week, YP Week, Make Lincoln, Envirorun and more to form what’s come to be known as LNKDNA.

Hear Nebraska is proud to be aligned with organizations and events that are making big strides toward increasingly evolving Lincoln into a city in which talented young people (including UNL grads) want to invest. We believe building Lincoln and Nebraska’s music and entertainment industry (i.e. “things to do”) is critical to attracting and keeping young people in this city and state.   Arena shows only get us so far. To compete with cities known for thriving culture, we need to have robust entertainment options. Lincoln Calling takes place inside and outside the city’s existing music venue infrastructure, including shows at The Bay, Bodega’s, Bourbon Theatre, Duffy’s Tavern (indoors and the backlot), Vega, the Zoo Bar and Tower Square. And, like SXSW, the best way to enjoy it is to bounce from venue to venues with a guide in your hand.

HERE’S HOW YOU CAN HELP:

If the community supports this thing, we’ll do it again, hopefully even bigger. We’ll partner with more people like you who are doing cool things. And we’ll draw more and more people to Lincoln from surrounding states. While they’re here, they’ll eat, drink and soak up this city and its culture. Maybe they’ll decide to stay. We’re sure they’ll want to come back.

The foundation of Nebraska’s SXSW has been here for 12 years. With your help, we’ll make it level up.

Thank you for your consideration,