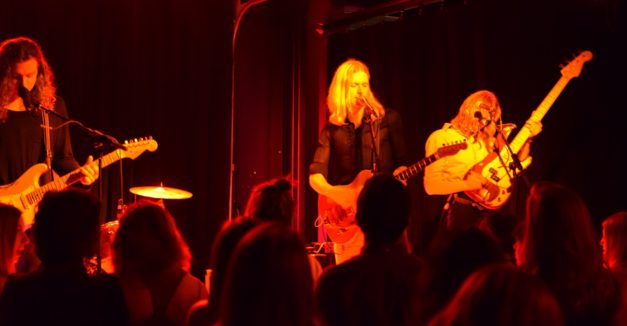 “Buncha long hairs” remarked Twinsmith frontman Jordan Smith, standing beside me in the audience as English indie pop band Sundara Karma began to play. Before us, four young men stood upon the stage, each with hair down to their shoulders. They looked like they could have been ‘80s pop superstars, and they sounded like it too. 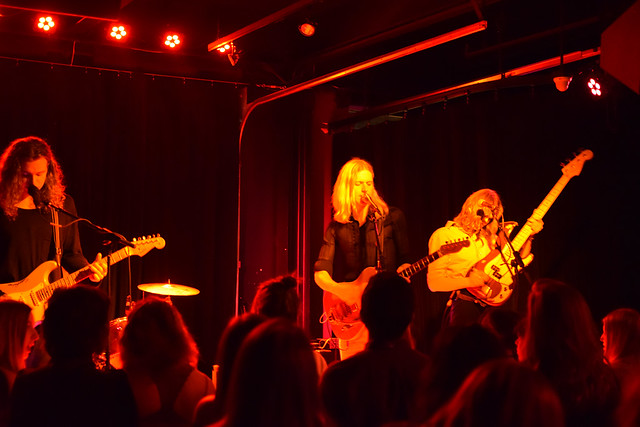 One would be hard-pressed to say they’ve seen a show with as many memorable musical hooks as Twinsmith and Sundara Karma Wednesday night, as a small crowd of people spread out through the Slowdown front room. The show served as a brief safe-haven from the cooling weather outside, as both bands elicited imagery of some faraway beach.

Twinsmith took the stage for its first show since December, doing so with a few new faces in drummer Jake Newbold (Lulay, ex-Super Ghost) and keyboard player Graham Ulicny (Reptar, Thick Paint). The band opened with “Boji,” a warm track from its forthcoming record, out this summer on Saddle Creek. The addition of a dedicated keyboard player and a handful of loops added consistent textures throughout the set, fortifying the band’s already full sound. 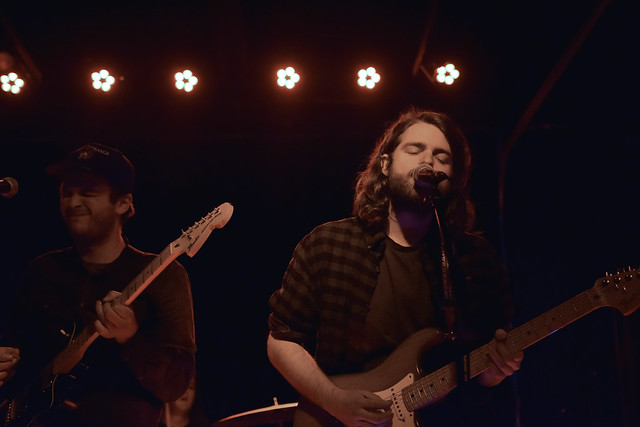 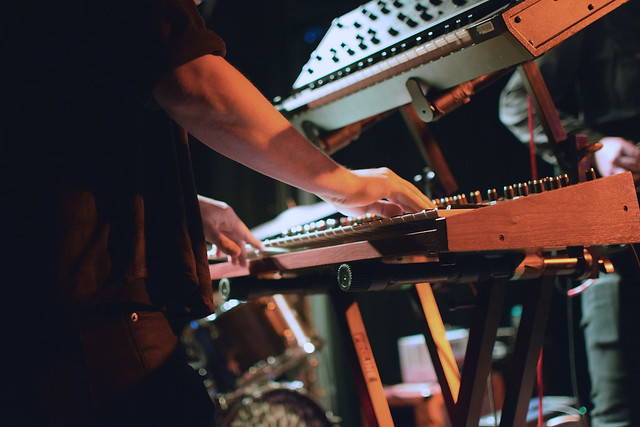 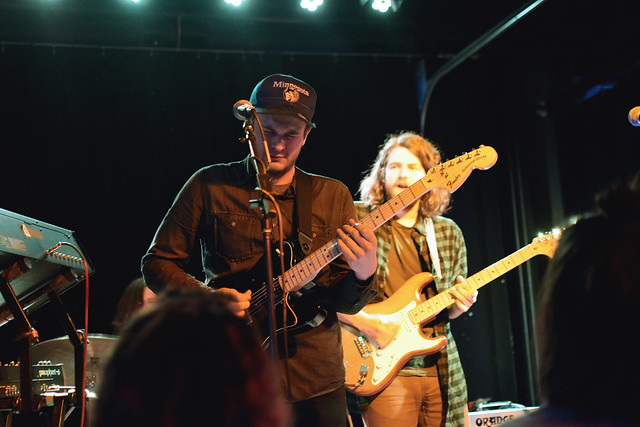 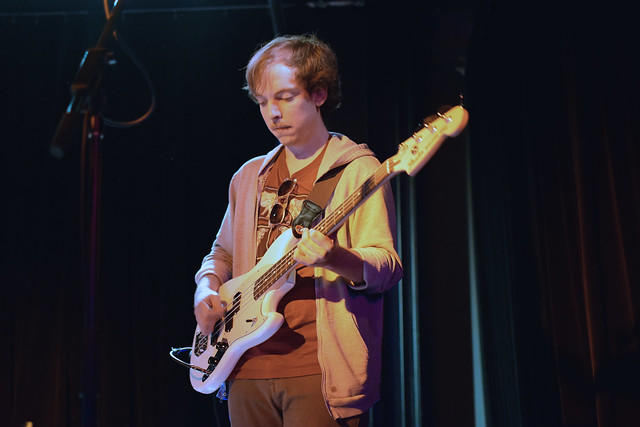 New songs comprised more than half the set, each of them tied to the next by a cohesive sound which took a turn towards post-punk. They picked up right where 2015’s Alligator Years left off with album closer “Carry On,” bringing out the band’s more mature, reflective side, while remaining equally as melodic as much of its previous release. The new material’s thoughtful stature didn’t negate the band’s upbeat mood, as the five-piece lead seamlessly into a spirited “Alligator Years” to close the set.

Sundara Karma played next, its clean, bright and distinctly British sound becoming immediately evident with opener “A Young Understanding” from its recent album Youth is Only Ever Fun in Retrospect. Moments into the first song, frontman Oscar Lulu began holding his hands above his head, fluttering his fingers animatedly in the air. Throughout the set, Lulu turned side to side gesturing exotically when he wasn’t playing the guitar. Between songs, his voice was polite and friendly, welcoming patrons closer to the stage, thanking them for being there, and asking them to “please dance.” 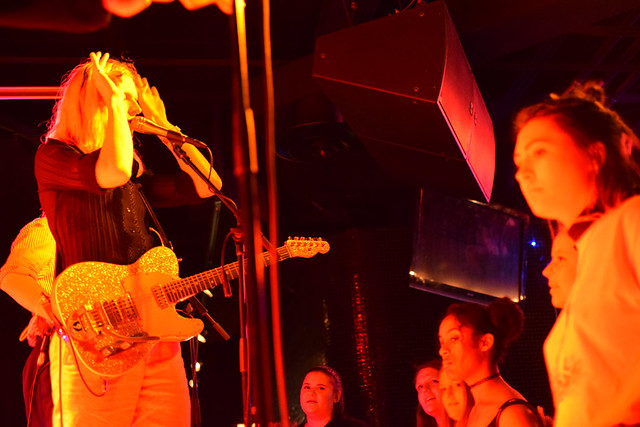 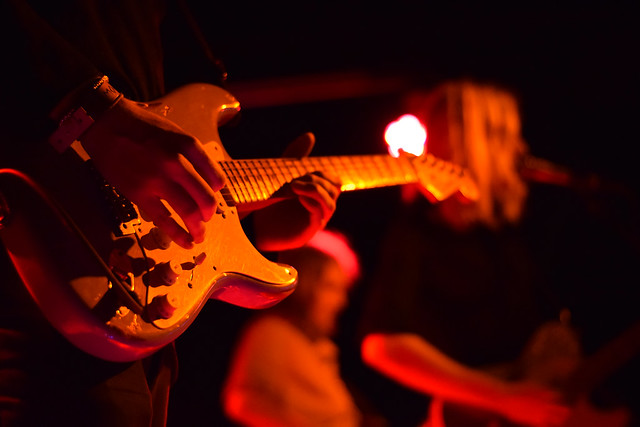 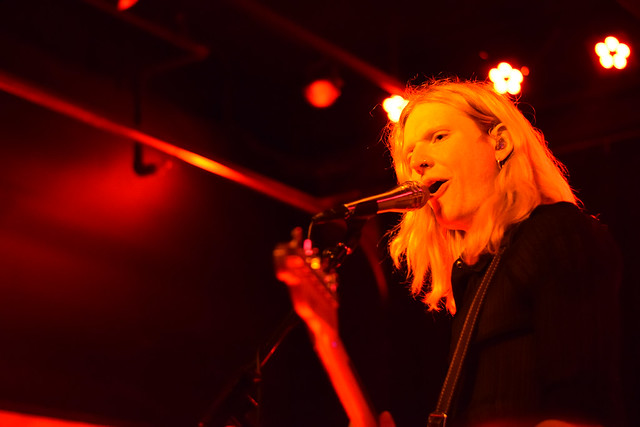 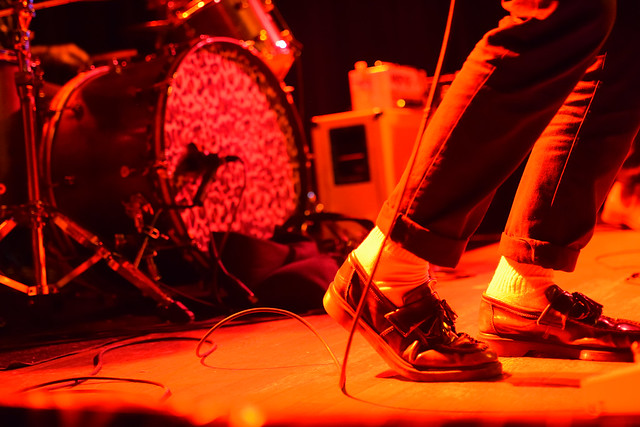 As Lulu announced the song “Flame,” the audience cheered and a small choir of voices rose, singing along with the pleasant chorus. Later in the set, the band played “Happy Family,” which started with Lulu’s soft folky picking, before closing with the punchy, fast-paced “Loveblood.”

The night was a much-needed reminder of the impending summer sun, filled with optimistic musical hooks that carried an overall sense of comfort.