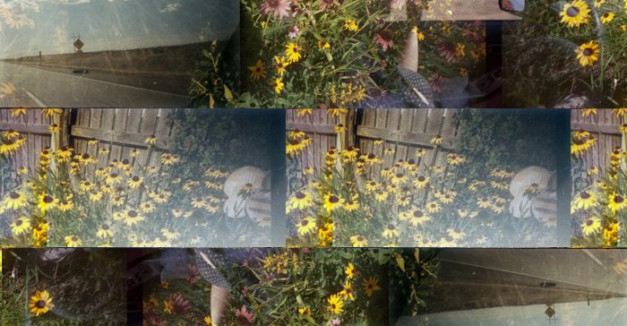 On “Fireman (From District 13),” the second track from Sun Day’s self-titled debut, Dustin Rymph sings “Welcome, there’s been a fire. All your loved ones have died.”

The lyric, especially as sung in Rymph’s matter-of-fact, almost congenial way, could serve as the tagline for the entire album, which was released digitally today. Sun Day plays a release show tonight at Zoo Bar with Izzy Dominguez and Winded. Cassette tape pre-orders will be available at the show. RSVP here.

It’s not that the chamber folk group wants to put its characters in sadistically difficult situations or even that Sun Day draws its conclusions from tragedy. But the opportunity for rebirth is a common thread through the album. Such is the case on “Fireman,” sung to a man who idly ignored his wife. “Now you are free,” begins the refrain.

Mark Wolberg recorded the album for the band in violinist Margot Erlandson’s childhood home in Lincoln. Between guitar, violin, piano, trumpet, bass and percussion, arrangements find strength between dense, unified flourishes and a passing of the lead-hat. On “Stab in the Back,” Bree Cameron’s trumpet shines brightly over the two-step chorus.

Album closer “They Who Could Tell You Why” brings every instrument to the fore, including the most noticeable percussion parts on the album — Alex Houchin sneaks in an impressively heavy drum fill. Even Rymph gets his chance to wail out through the end while vocalist and pianist Levi Gerlach holds the melody.

As a spokesperson for people dreaming of alternative lives, Rymph practically admits his own influences on “Simply,” citing a “bad Bob Dylan” and an “ugly John Lennon.”

And he’s thankfully not trying only to shake the masses out of a smartphone-induced stupor. There’s more nuance here, more of a stab at the reality of being human. Someone felt disconnected and despondent long before the first television flipped on. To that end, Rymph plays both sides of the coin deftly.

Sure, there are the working stiffs, grinding away at desks to go home and watch a show, wondering where their dreams went. But on tracks like “Ordinary Life” and “Stab in the Back,” we find vagabonds contemplating the merits of a simpler (read: wealthier) life.

There may not be clear answers on Sun Day, no edicts to live by. But fires rarely produce conclusions, only some room to think.

Listen to the album in full below: