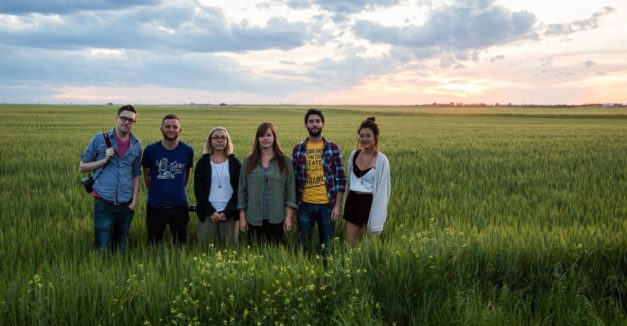 I often struggle to find words to describe the (now annual) Good Living Tour storytelling trip that don’t beg for some kind of sympathy: sweaty, stressful, hectic, challenging. Squeeze seven journalists into a Chevy Tahoe for two weeks, sandwiched between open laptops, luggage, and each other, tangled in phone-charger cords, camera gear and garbage sacks. Take five minutes to empty the vehicle each bathroom break, then another five to load it back up.

After multiple, uncomfortable hours in-transit, finally, shake hands with a spirited interview subject, catch a breathtaking stretch of Sandhills highway, or set up shop in a beautiful, air-conditioned, historic auditorium, and the whining subsides. This isn’t about you, a voice creeps in, not to chastise, but to remind that Nebraska has so much to offer, that each of its towns, inhabitants, dive bars and railroad tracks has a story. All you have to do is listen.

Instead of all those negative adjectives, how about: “rewarding.”

This past trip, which spanned the two weeks between June 6-18, was my second of this nature, and I must say how grateful I am (though the second picture below might scream otherwise). I’m thankful to have had such hard-working, creative, supportive compatriots, even when, at various times, weariness seemed to win out. I’m honored to have been so well received by people who had no obligation to feed strangers or house seven unruly, cranky travelers or sit indoors for an hour-long interview during their summer vacation. I’m thankful that such a “work trip” is even possible, as if palling around with six close friends for two weeks, standing shirtless in the Harlan County Reservoir or shooting pool at a dive in Venango between video shoots qualified as work.

Most of all, I’m grateful for the opportunity to tell the musical stories of Ord, Kearney, Grand Island, Red Cloud, Hastings, Norfolk, Lyons, O’Neill, Grand, Sidney, Imperial and McCook. They begin rolling out one week from today. I hope you’ll check them out.

In the meantime, here are some choice shots of our crew from two weeks on the road. Thanks to Gabi, Lindsey, Jacob, Andrew, Andy, Bridget and Dinan. And thanks to Humanities Nebraska for sponsoring this component of the GLT project, to Huber Chevrolet/Cadillac for our vehicle, and to Matthew Hansen for serving as our humanities scholar/editorial advisor. 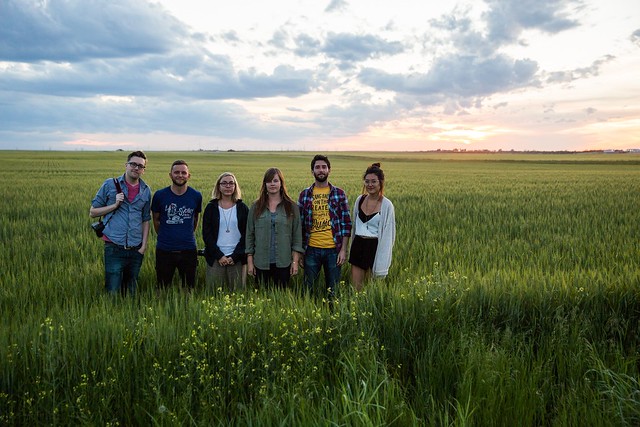 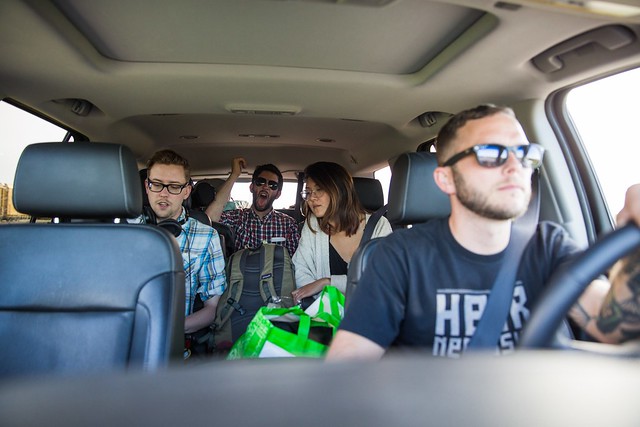 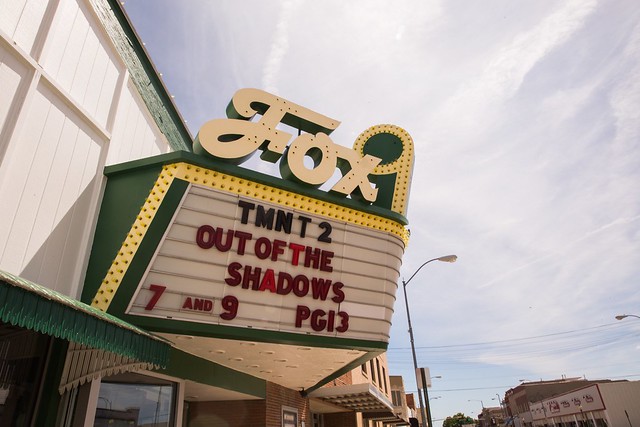 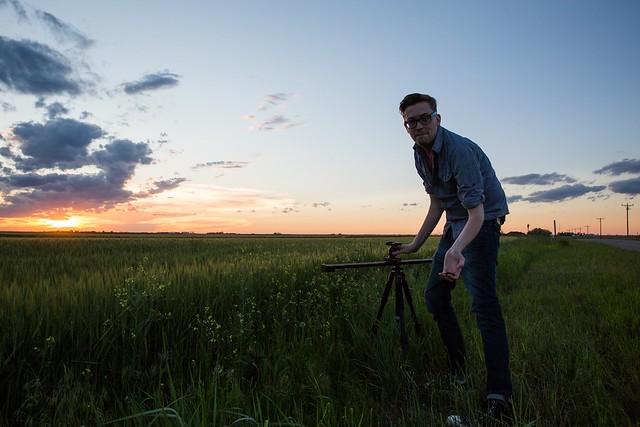 Dinan gets the shot, just outside Sidney | June 5, 2016 | photo by Bridget McQuillan 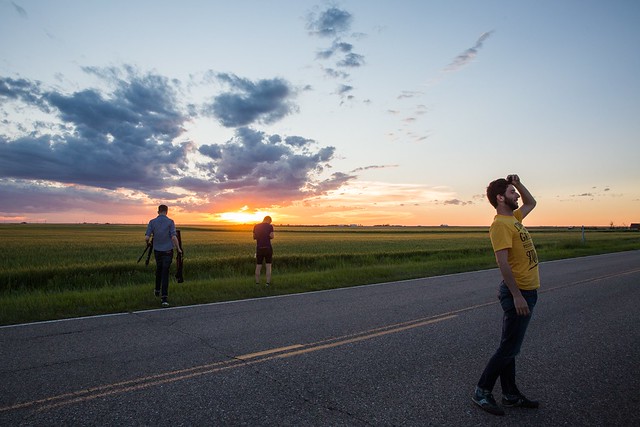 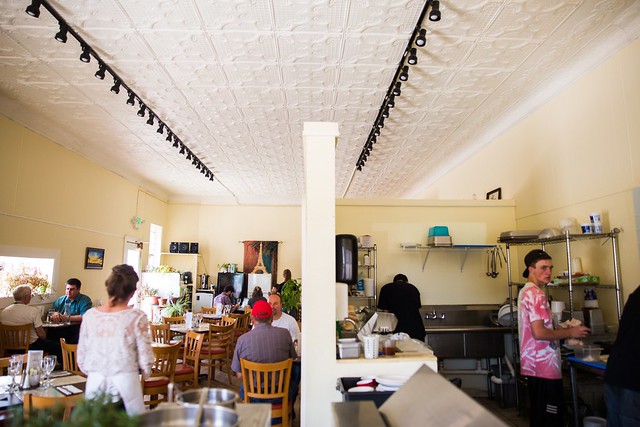 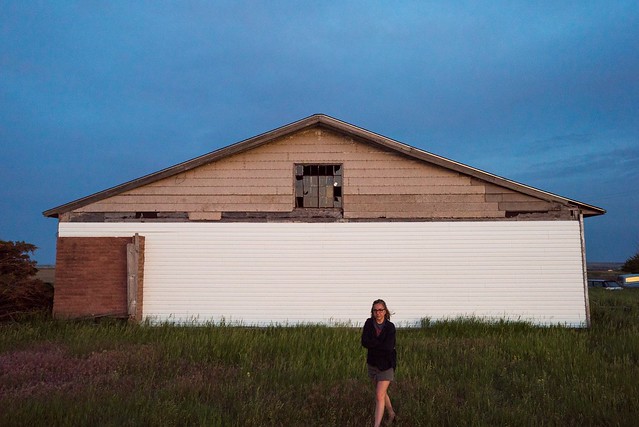 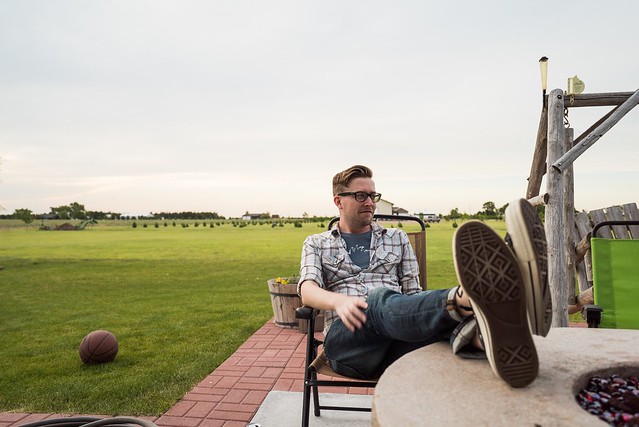 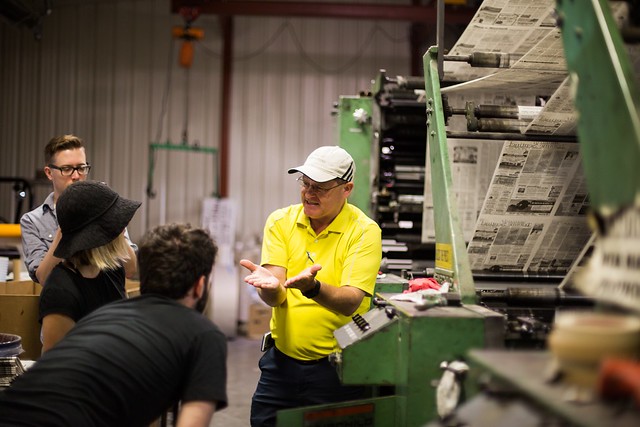 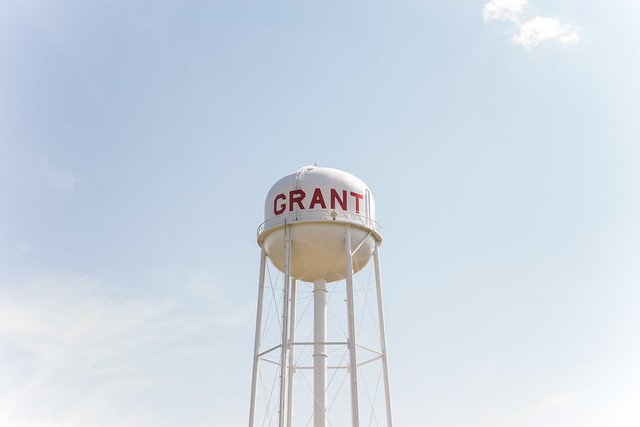 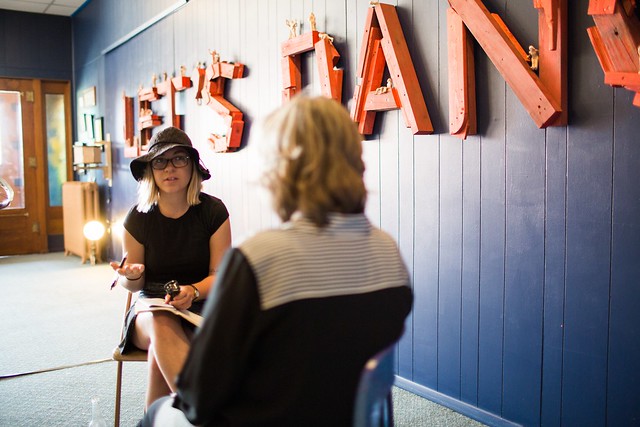 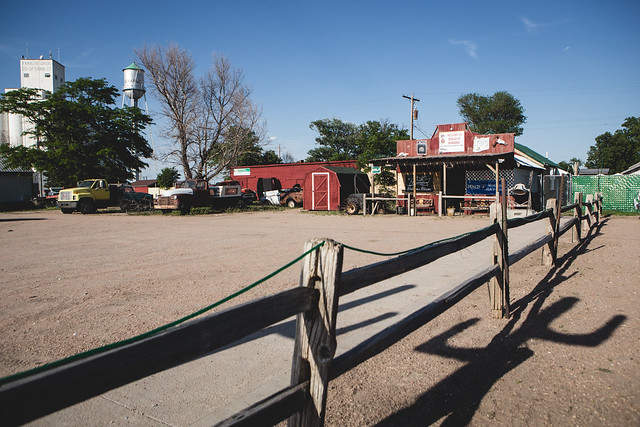 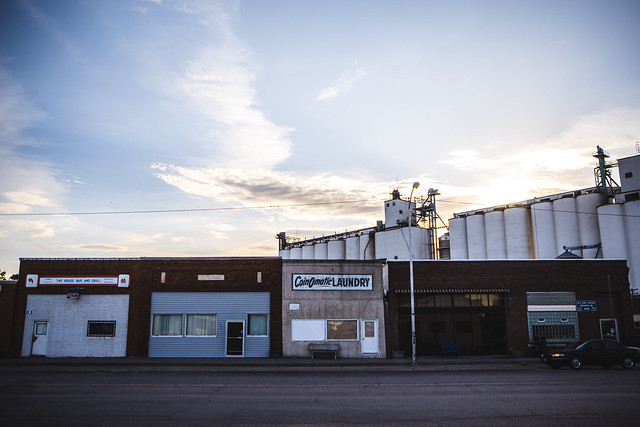 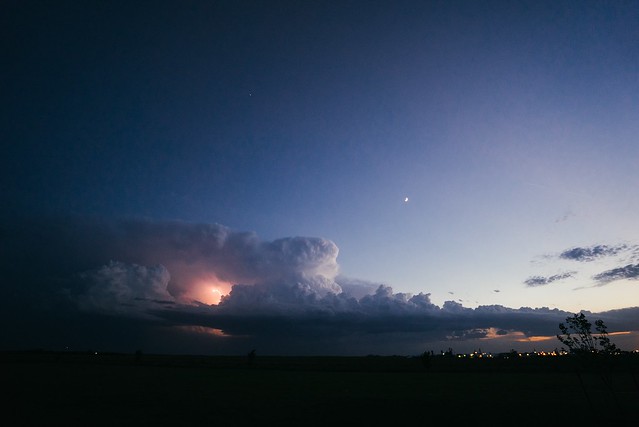 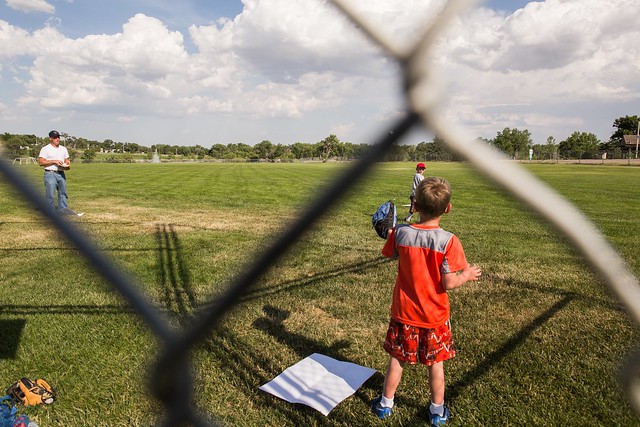 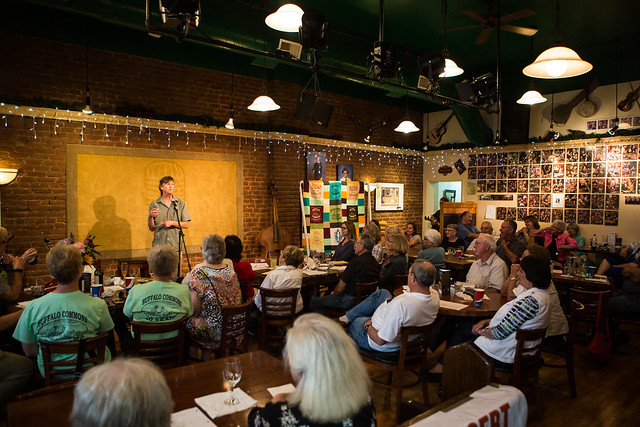 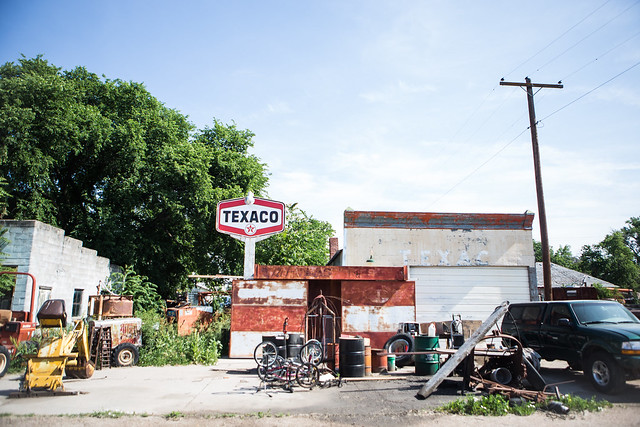 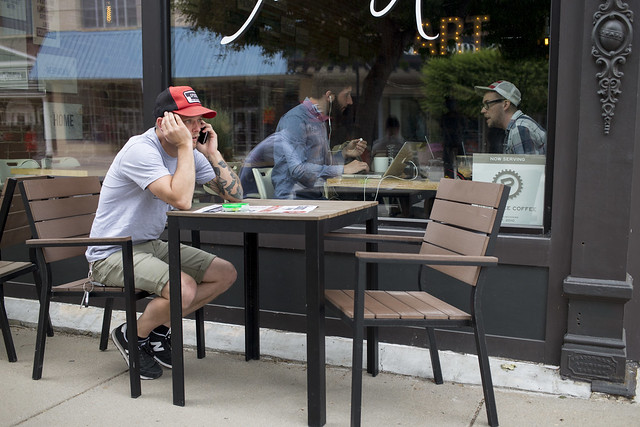 Working inside and outside Art Bar, Hastings, Neb. | June 13, 2016 | photo by Andrew Dickinson 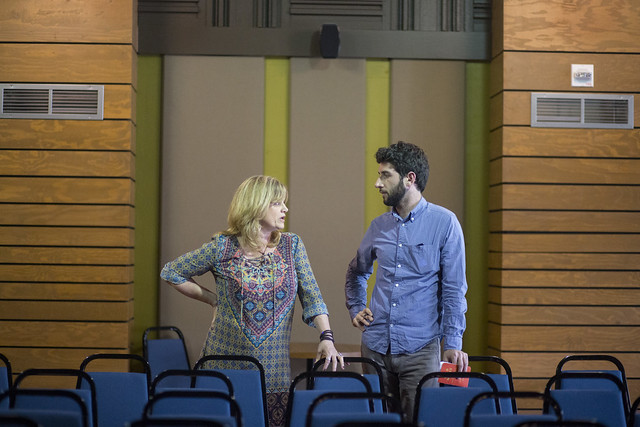 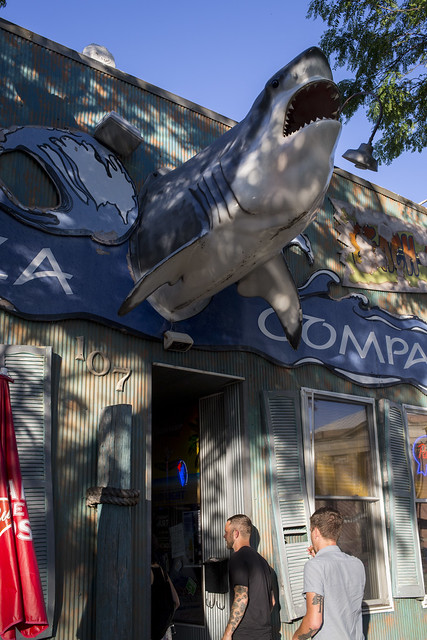 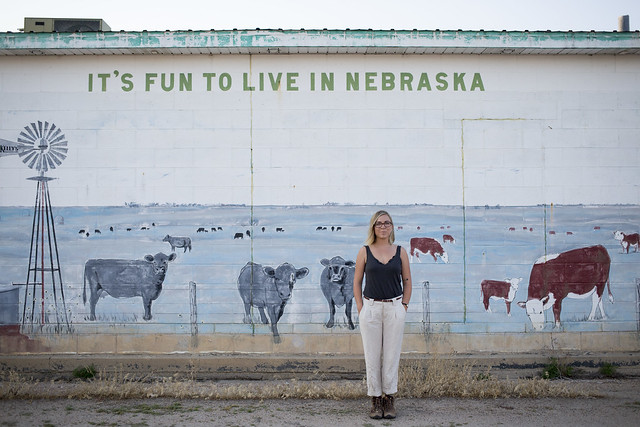