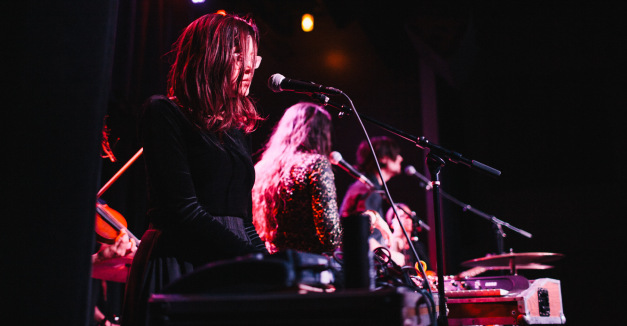 As soon as the Soil & the Sun stepped onto the stage at Reverb Lounge on Wednesday night, they ceased to be people interacting with people standing on the floor. They transformed into one entity, pouring themselves into the complex layering of vocal and instrumental harmonies.

Originally composed of vocalist Alex McGrath and drummer Ben Jackson, the Michigan-based, seven members strong, was clad in black with sparks of gold, and stood wherever space remained on a stage already packed with drums, keyboards, guitars, a violin and an oboe.

A small crowd watched the calm intensity in the thoughtful head nods, the closed eyes, and wrinkled brows present in each face on stage. There were moments where stoic expressions broke into elated laughter as violinist Joanna Perry and bassist Michael Newsted made eye contact, their laughs drowned by the rising beat. Perry danced in the background during moments when the violin was silent. Newsted played the bass with such intensity and drive that his beanie and glasses stood no chance of staying secure on his head. Everyone mouthed the lyrics whether there was a microphone present or not. 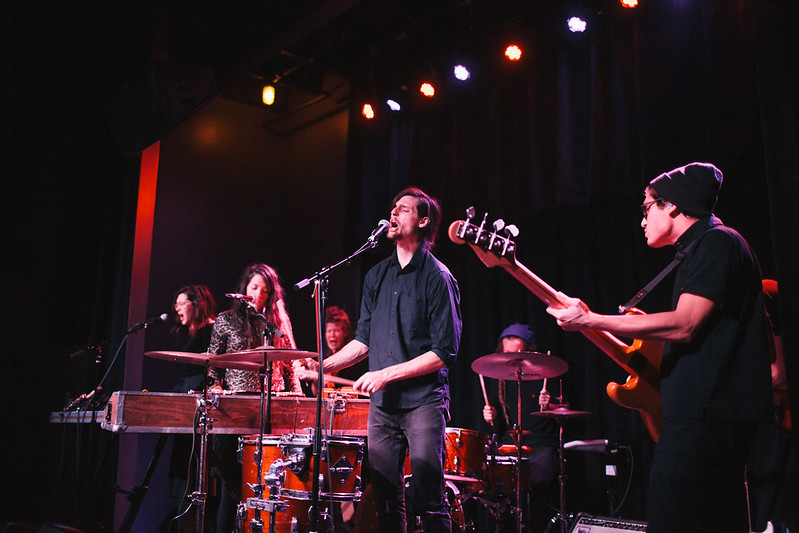 the Soil & the Sun’s layered harmonies and melodies melded together into a beautiful soundscape. Newsted laid his hand flat on all the strings of his bass, running it up and down the neck creating a thunderous vibrato. Perry and Ashley McGrath countered the loudness with the fluid melody of the violin and the oboe. Some moments rendered an orchestral style which rose to the forefront before receding as a triumphant burst of drums and electric guitar rocked the room. This experimentation of opposites, combining whispers and shouts, orchestral and rock, resulted in their self-categorized genre: “New Mexican Space Music/Experimental Spiritual Orchestral Rock.”

This orchestral rock combination encompasses the songs found on their recent album Meridian, while their lyrics address the deep, hard questions about belief, humanity, the universe, the apocalypse. 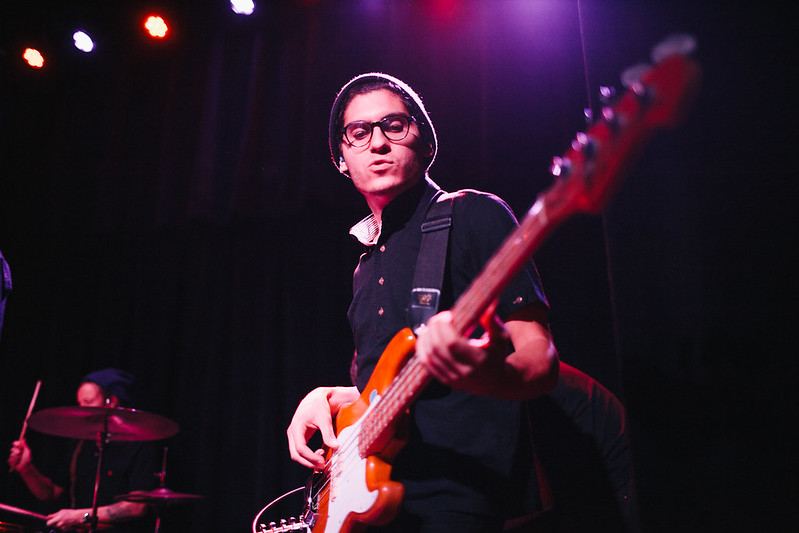 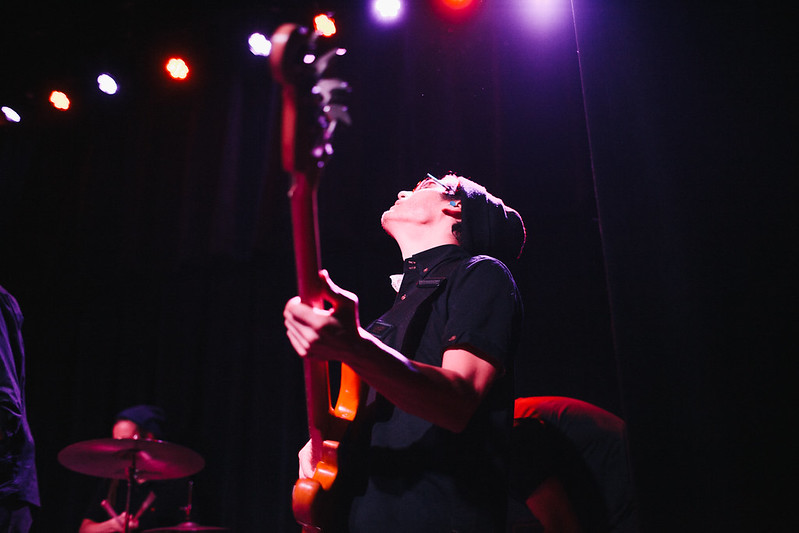 “Are You?” is composed entirely of questions. The title is a question. Their lyrics contain a vast sense of unknowing. They ask open ended questions that could be answered many different ways. “Who are, you are, we are,” they sing. They cause you to think. They make you pause and listen to the woven harmonies, the intense silences, and the layers of meaning in each song.

Before their final song, a majority of the members knelt on the ground as man-made thunder and chimes washed over the room creating a sense of calm. As they all rose, the familiar notes and falsetto oh’s of “I Know It (I Feel It, Too)” ended the night as it ends their past album What Wonder Is This Universe!. 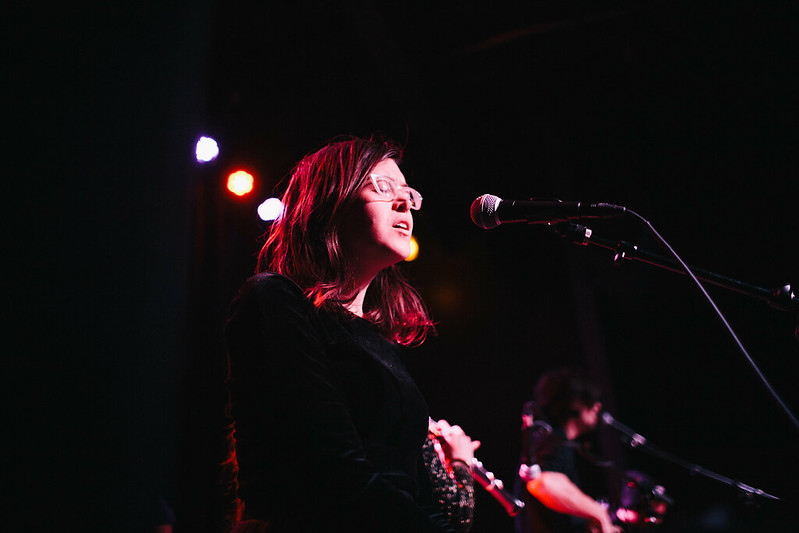 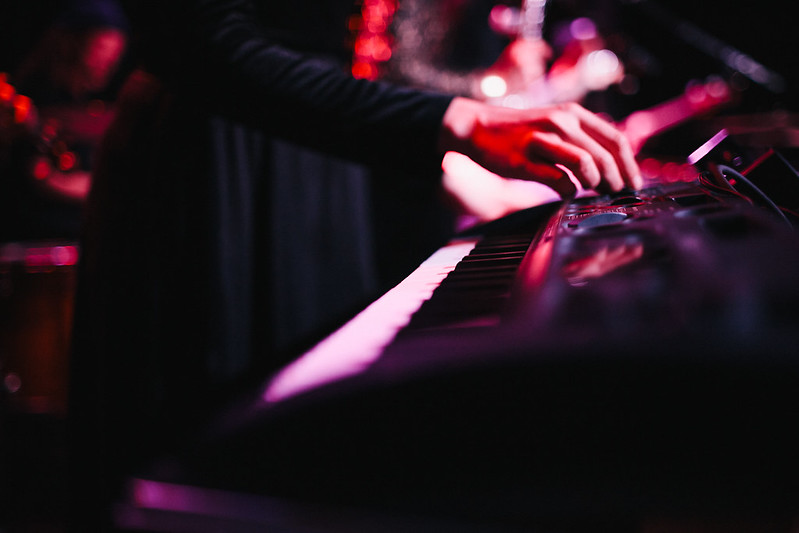 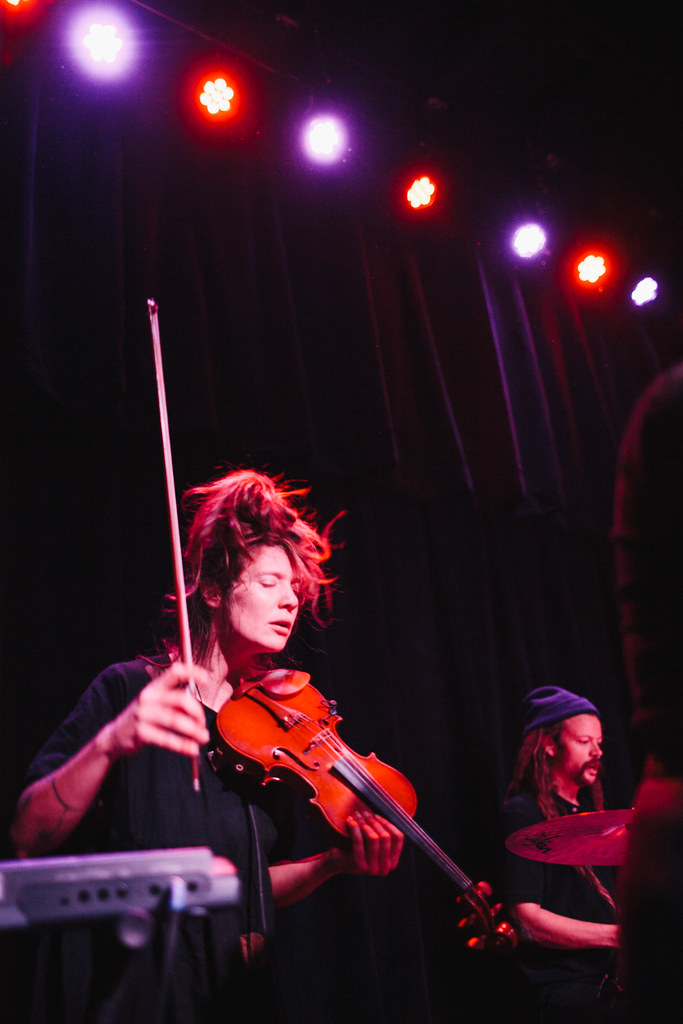 It was clear how much thought and meaning this song held for each person on stage as their eyes closed tighter and their entire bodies fell up and down with the songs rhythm. Their kaleidoscopic performance of sound and emotion created an out-of-body aura. The otherworldly subject matter full of alliteration and descriptive imagery mirrored the vibrant and empowering sound.

“Wild, wicked wind/whirring and whistling/be still and listen,” McGrath sang as the keys softly clinked and the strings of the violin vibrated, bringing a sense of quiet before the storm of their voices built and broke into a final culmination of shouts of the title. 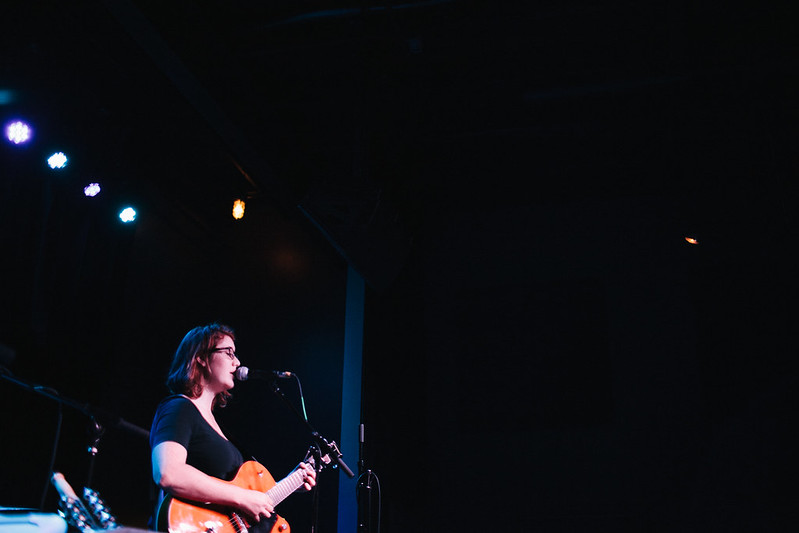 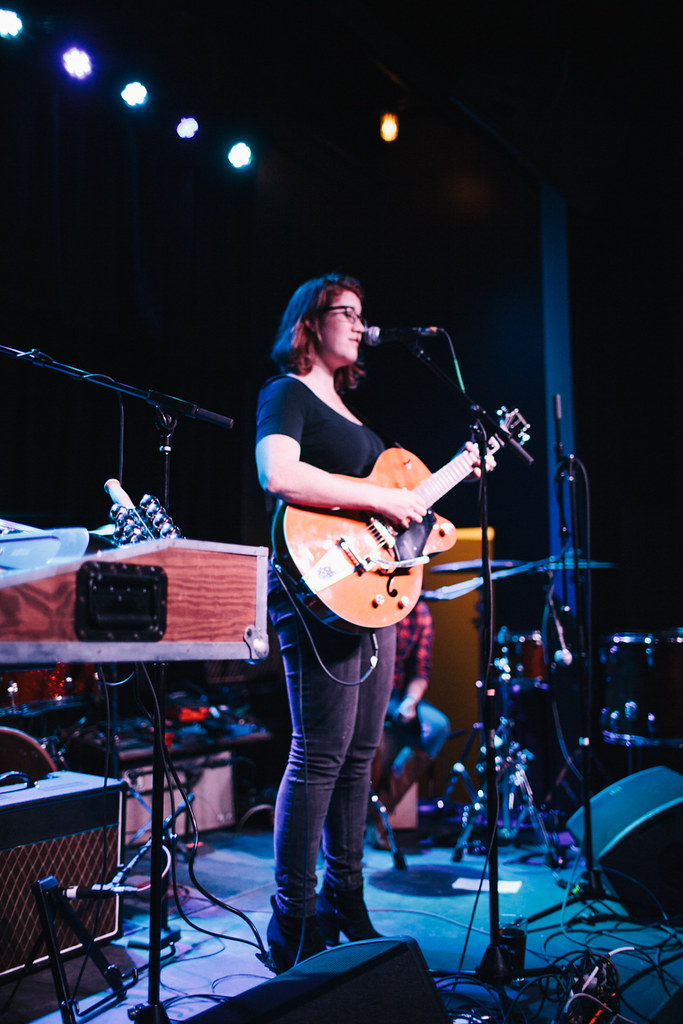