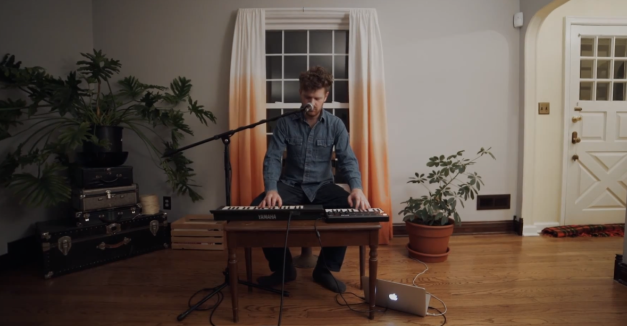 Before Patrick McGuire’s crystal clear voice reassures you, “Silver Lake” sounds like the music they’ll play at your wake.

The twin synths — one like an organ and the other like a buzzing swarm — are harrowing. When the vocals do strike up, the former Flashbulbs Fires singer shows off his pop sensibility with a bodied falsetto and a knack for song phrasing.

The Denver-based McGuire was in Omaha earlier this year working on songs that will eventually find a home on his first solo record.

“I’m in the process of moving forward alone with writing, producing and recording which has honestly been as freeing as it has been terrifying,” McGuire told us via email. “I’m still at the early stages of carving out a vision for this new music but I’m really happy with with where it’s headed. I’m going into the studio with a producer in New York next month and plan to start performing these songs live in the spring.”

Check out Flashbulb Fires’ back catalog here, and enjoy McGuire’s performance as Straight White Teeth below. Stay updated on his solo work here.