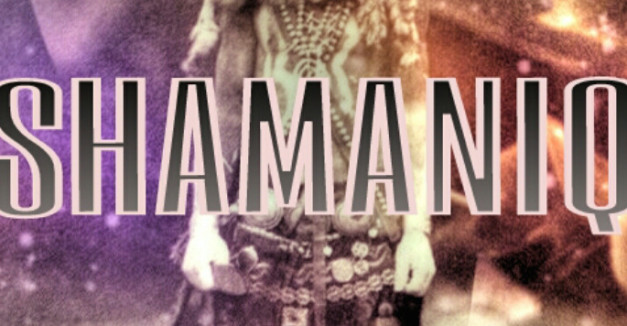 A fuzzy, lo-fi intro layered with smooth, feminine ooohs fuels the opening track for Sleep Sinatra’s Shamaniq. As he raps about escaping and being born of “particles of space,” the lyrics are situated above the planet, eloquently speaking below to the people of Earth.

The album title is perhaps an alternative spelling of the French word “shamanique,” meaning magician or sorcerer. Sleep Sinatra waved his wand for his plethora of producers like INFNTLP, Kendall Carter and RedBeard to cultivate a lush soundscape for his philosophies to flourish

Lyrically speaking, Sleep Sinatra is not far off from past efforts. Sleep Sinatra is a different rapper in his own craft, spitting out intellectual, socially conscious lyrics like citing Darren Wilson in “Globe Runners.” Furthermore, Shamaniq introduces more sonically experimental production to his discography with more tripped-up beats and ambient background fills.

Shamaniq presents a producer lineup somewhat different from 2014’s Monsters and Children, with ICHIBANHASHFACE and Sm-Grims being the heaviest players on Shamaniq. Unsurprisingly, they are also the engineers behind some of the album’s more instrumentally unique tracks, like the heavy, trippy “Wicker Man” and string-sampled “Yah’s Dust.”

Despite a litany of 11 producers within 18 tracks, Shamaniq works in the sense that it doesn’t drag itself down with one sound. Sleep Sinatra remains close to the issues at hand with tracks that disregard ambience and trip hop and stick to more traditional conventions.

Shamaniq concludes with “Men of Worldly Renown pt 2,” a supposed mirror to the opening track of the same name despite employing more old-school hip-hop beats. Think Shabazz Palace’s artsy blips in contrast to A Tribe Called Quest’s steadier percussion. But if “pt 1” has you imagining Sleep Sinatra floating among the stars, then “pt 2” is imperative in understanding how he plans to bring those ideas back down to Earth with a throwback familiarity, paralleling the album’s tendency to mix old-school beats with new hip-hop trends.