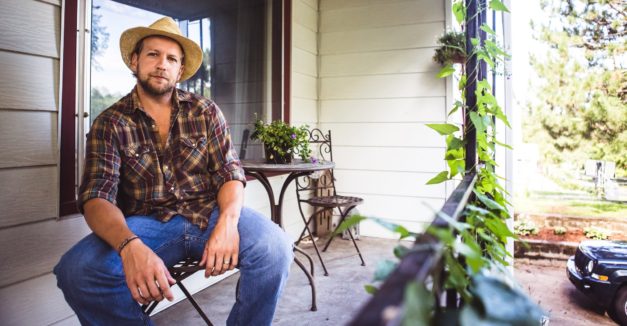 A few hot tempered staff scurry around Omaha’s Tiger Tom’s Sports Pub one busy afternoon, but Matt Cox speaks softly, juxtaposing the chaos of a standalone pub at lunch break against his cool demeanor. He sports a baseball cap with a fraying bill, a physical representation of his laid-back, introspective songwriting. Occasionally, only in conversation, Cox matches the hustled pace, launching into stories about cookouts with his mother and failed relationships and staring out into his backyard when he strummed his guitar.

The Americana/country musician finds most of his inspiration when his environment is calm. During chaos, he says, he can become consumed by the drama and tragedy, resulting in the suffocation of his creative process. His guitar doesn’t seem to strum quite the same and lyrics feel more forced, too honest and tainted by hardships. An environment with hypothetical swarms of annoyed bartenders.

One night this past December, while recording The Cost Of Everything And The Value Of Nothing, Cox was calm. From 10 a.m. to 3 a.m., with frozen pizza and Pabst breaks, Cox and his friends recorded his fifth studio album at Hidden Tracks Recording Studio. The album — set to release on July 15 — is a product of being in the right environment at the right time. Cox said he recorded there because he liked the acoustics in the studio’s living room. He and guitarist Colin Duckworth, upright bassist Josh Dunwoody and pianist Vern Fergesen played music that felt right and, alternatively, sipped beer and hung out when it didn’t.

“It was a very in-the-moment process,” Cox says. “There were really no redos with the vocals which gave it a live feel.” 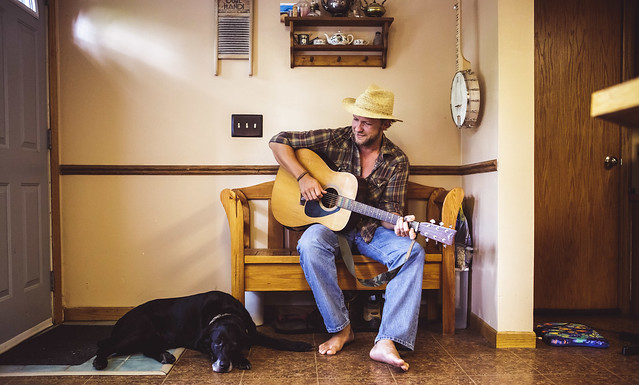 Seventeen hours resulted in 20 songs, ten of which evolved into an album. The Cost Of Everything And The Value Of Nothing takes the listener through memories reminiscent of Cox’s calm-during-the-storm coolness (“Drama Queen” and “Happy Home”) and songs stemming from hardships through which Cox lacked inspiration (“Nighttime Drifter”). Cox knew which songs would make the cut as he recorded them, depending on the ease of process.

“Music is like sports,” Cox says. “You need momentum. Ride the high and address songs that were tougher.”

Three years before, Cox was victim to a lack of necessary momentum. His mother was diagnosed with cancer in August 2012 and died only six months later. A month before she died, Cox nervously gave his girlfriend Emily’s one-year-old daughter a copy of the Beatles 1. Cox had only been seeing Emily for a while and was apprehensive about relationships in general. He was about to lose his mom and had been living on his own, kicked out after a previous relationship ended.

In 2015, things started looking up. His relationship flourished and Matt married Emily that spring. It was a year after Cox’s fourth studio album, Nishnabotna, was released and subsequently nominated for Omaha Entertainment and Arts Awards’ Album of the Year. His inspiration thrived as the normalcy and calm of his life set in. He shared a kitchen with big bay windows he often stared out of as he strummed his guitar. Those windows overlooked a lush backyard, his daughter’s oasis.

And she, in turn, is his world. “Drama Queen,” one of the album’s more personal tracks, uses the potential dismissal as a term of endearment for Cox’s daughter. She’s four years old this year and he’s convinced everything is dramatic, but he’ll love her through the good and bad.

“The Charcoal Grill Song,” is studded with similar themes. Originally a letter addressed to Cox’s mom written while he was engaged, the song combines his tender, personal vocals with a simple desire for one more meal with his mother. It’s a powerful, intimate moment on the album, a moment similar to those of stability that Cox relies on to make his best music.

The Cost Of Everything And The Value Of Nothing is a tribute to Cox’s memories, like grilling with his mother and hesitation about falling in love during a time riddled with loss. It’s an honest progression to a serene, inspired place with a backdrop of a sprawling backyard and slack-key guitar. It’s what’s to come and where Cox is going and evolving with a family that’s dramatic, loving and anchoring.

“I owe my stability to my family,” Cox says. “It comes with growing up.”