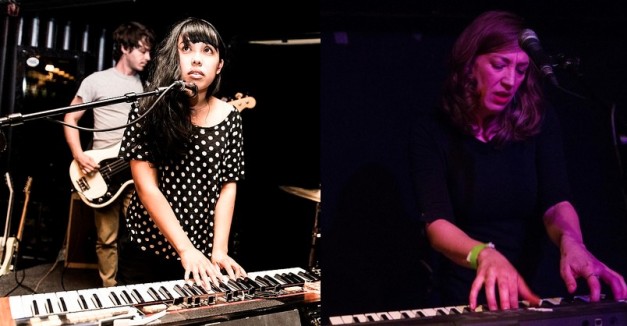 Our summer lunchtime concert series’ are nearing their end, but there are a pair of great artists on tap this week.

At 13th and Howard today, Omaha indie rock quartet See Through Dresses will play Hear Omaha (RSVP here). Below, we talked to guitarist/vocalist Sara Bertuldo about the major differences between touring in Europe and the U.S., being outgoing despite the language barrier and what’s next.

At 13th and P on Friday, Zoo Bar regular blues vocalist Emily Bass will play Hear Lincoln (RSVP here). Below, we chatted with Bass about her weekly Zoo Bar gig, performing with her mother and sister and recording new music.

See you today and Friday at noon.

Hear Nebraska: You all just recently toured through Europe. I’m sure it’s hard to pick one favorite moment, so what was the experience like as a whole? What differences stand out from touring in the States?

Sara Bertuldo: It definitely is hard to pick a favorite. The entire experience was exhausting, but completely satisfying. It was our first tour (together) in Europe so I specifically had no days off for us, minus the day we landed. We played 28 shows in 28 days. Touring is a lot more comfortable experience in Europe. They make it a point to take care of bands. People just really support the arts over there.

HN: While out there, it seemed like you had a congenial picture with a new band each day. How deliberate do you have to be about meeting people and making connections where you’re in such a foreign place?

SB: The language barrier can be a bit daunting. And we were definitely THOSE Americans who went to a different country and didn’t learn their language. Ha! We suck. Anyway, we were fortunate that we were mostly in Germany where a lot of people speak English. We went to places like Prague and Basel and it was difficult to communicate with people. I think we were just happy finding anyone we could have a conversation with. It’s funny because I believe our band is mostly made up of introverts, but going to Europe was an experience we hadn’t had before. We wanted to make the most of it and meet new people. Make some friends.

HN: Every time I’ve seen the band, it seems like the in-song transitions from laid-back and dreamy to wild and boisterous seem nearly effortless. Where do those seismic shifts come from in your songwriting?

SB: Having two different songwriters definitely helps our music change moods often. I feel like sometimes I’ll write a song and it’s sad or slow and Matt will write a rocker with a super Hessian riff in it. And then we’ll switch. Ha.

HN: Other than the new EP, what should Hear Nebraska’s audience keep an eye/ear open for in the near future?

SB: We’re doing some dates in August just around the Midwest. Excited to support Cymbals Eat Guitars. Taking it easy until Fall when we release the EP. We’ll go out on tour in support of that October-November!

Hear Nebraska: Talk to us about the tradition of PIano Hour at the Zoo. How long has that been going on?

Emily Bass: Several years now. Close to five, but I can’t remember exactly when I started doing that.

EB: It’s a challenge and I love it. Like anything else, you are better at it some days than others, your perspective is different when you come to play. It’s given me a chance to play a lot of music by other musicians and to debut some original material. It’s given me a chance to play with several other musicians and to be silly and light and not terribly serious. But it’s also a committed two hours of play a week, so there’s some commitment and discipline there. My favorite thing about Monday nights is the audience. There are some really committed and supportive people that show up to support me and listen on the regular. That in itself is a reason to show up. And I sure love the Zoo Bar. Corny, sure, but it really does feel like home there some days.

HN: I’m not sure I could name my favorite blues piano player. Do you have one, or one that has been influential to you?

EB: Nina Simone, hands down, at the top of this list. Also, Sean Benjamin, Magic Slim (yes, he played piano), Professor Longhair. Pinetop Perkins. Carole King wasn’t a blues player, but I would say she’s been an influence.

HN: You’ve sang with you mom and sister on a few occasions. How meaningful is it for the two of you to bond over music?

EB: It’s been amazing. My mom was a front woman for many years and I wanted to draw that out and see it and add my voice to it. My sister and I grew up singing together, with our other siblings, so it was like musical family reunion. I wrote some songs with female harmonies in mind, primarily for a Lincoln Exposed show I was scheduled to play. I wanted them to sound kind of old-timey, reminiscent of songs from Mom’s time, things she’d played for us growing up, music that felt nostalgic and comfortable. The songs turned out pretty swell, and the women really stepped up to the plate, and it has been really fun and inspiring to work with them. 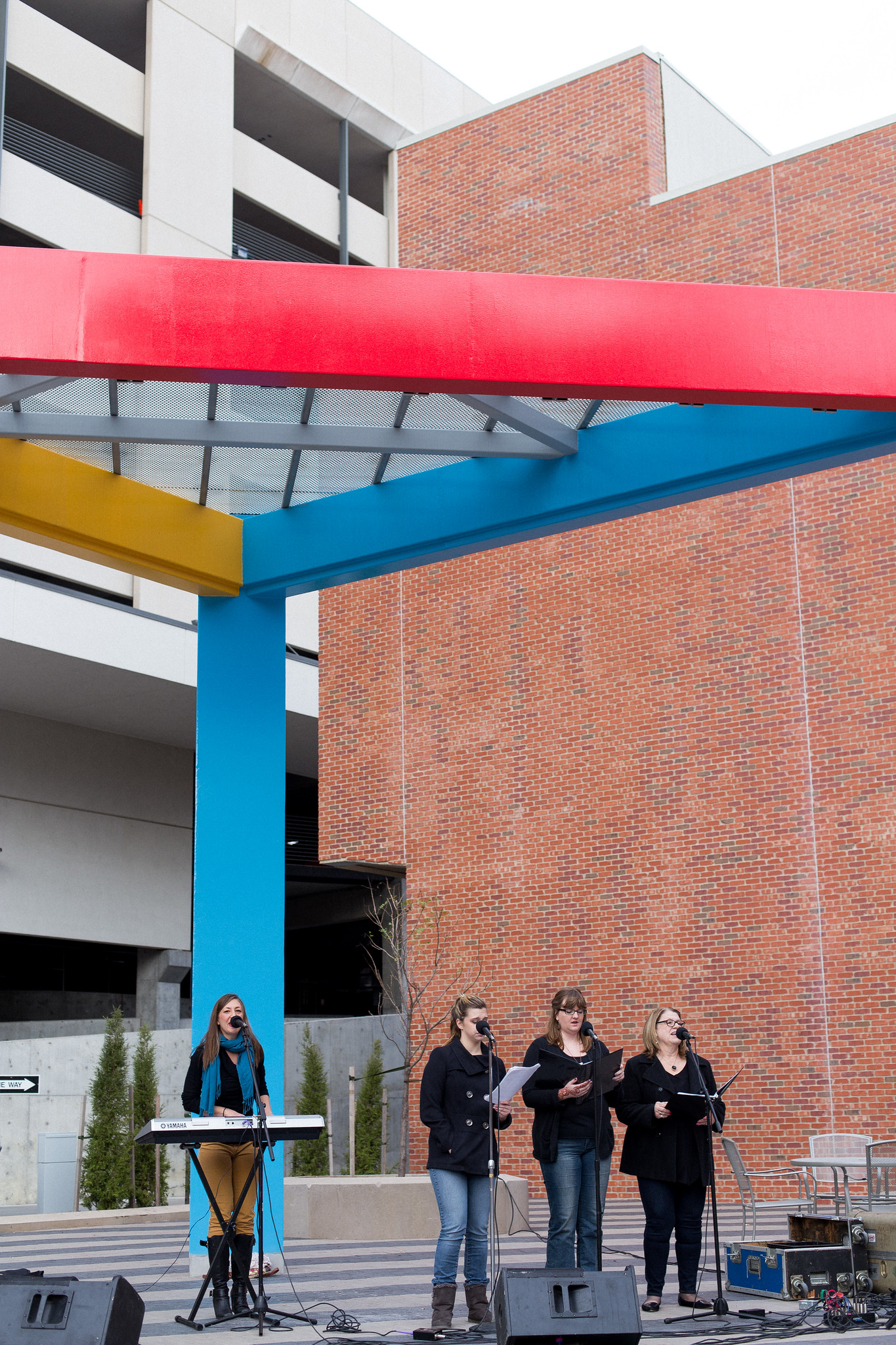 HN: I saw you perform with AZP at their EP release in May and it looked like you were having a blast. What was it like to work with those guys?

EB: Recordings. I’m planning to record some of the music I’ve written and release it. I’ve also been rehearsing with some girls on some of the older material I’d written, plus some new tunes. So look for some bookings in the fall where we’ll be playing out.