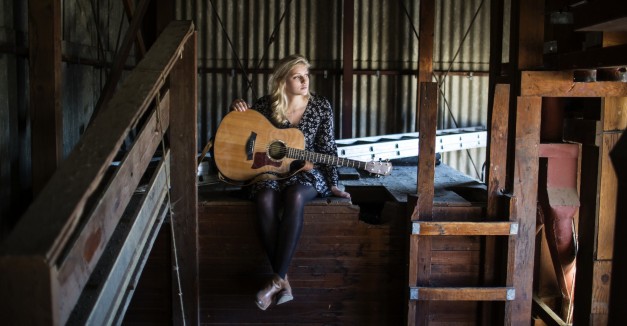 In a decades-old grain mill, folk singer/songwriter Andrea von Kampen’s “See It Through” explores the right and wrong paths of love in three parts. Her fingers pick delicately through the first verse as two people mourn each others’ loss from separate beds, lying to themselves and friends about the pain. It flows stream-like into the second movement, the cold, steel-hearted aftermath in which it’s easier not to love at all.

And as she cuts loose on open chords, she turns the exercise on herself, searching for a reason to shed her fear for the right path. The answer to the song’s key question — why don’t we choose not to love the right one? — has become mightily clear, though no less palatable. The lovers in “See It Through” might be separated by distance, stubbornness or fear, but the notion of choosing is irrelevant because it is impossible.

Von Kampen is fresh off the Sept 1 independent release of Another Day, recorded with Lucas Kellison in Lincoln. In the latest Sonata Session, watch her perform “See It Through,” a previously unreleased single, in the loft of a still-operational Bottlerocket Brewery mill.