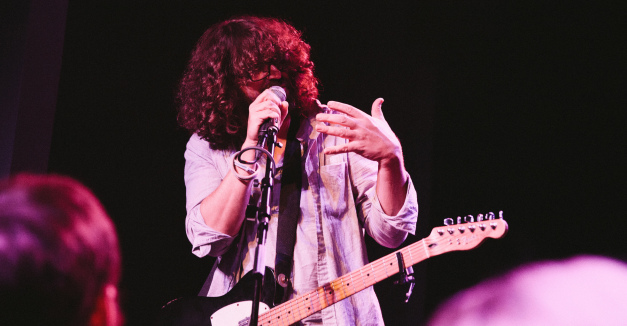 On Sunday night, at the first official concert at Omaha’s new Reverb Lounge, the lo-fi indie rock band Sebadoh found itself navigating obstacles from the moment it took the stage.

The members of Sebadoh, together and in separate acts, have been touring for years; to run across the occasional technical issue or blunder is likely nothing new. Play enough shows, and eventually one will come along where something major goes wrong. How a band handles it can define their concert.

Sebadoh barreled out of the gates with grungy guitars, punchy bass notes and high-powered drums, all markers of their influential ’90s alternative rock sound. The vocals were barely audible, which did not escape singer/guitarist Lou Barlow, nor did he let it slide.

“I don’t feel like I’m playing too loud,” Barlow said, “but the vocals are shut out.” He then essentially threw his hands up, muttered inaudibly, and abandoned the tiny stage to the green room on its right, appearing irreparably exasperated. To the relief of the sellout crowd of more than 100, he reappeared shortly thereafter, though not without a trace of indignation. The show recommenced after Barlow snarkily remarked, “Now that we’ve established that it’s terrible … ” 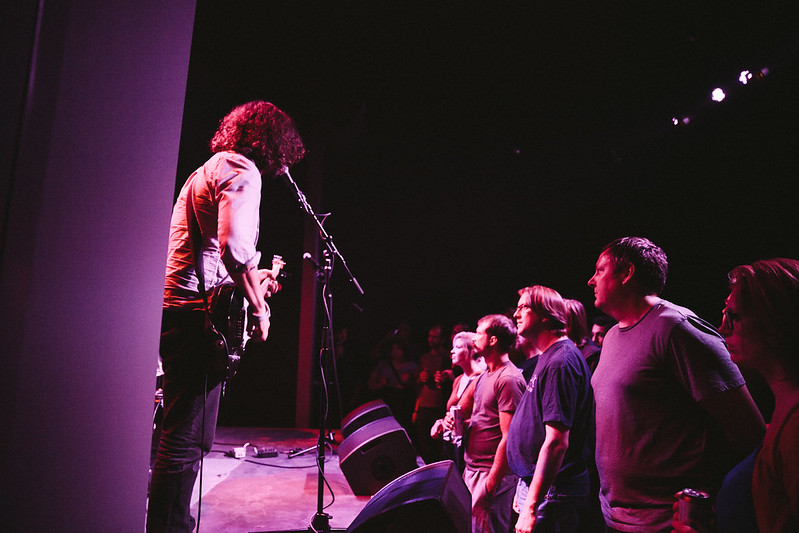 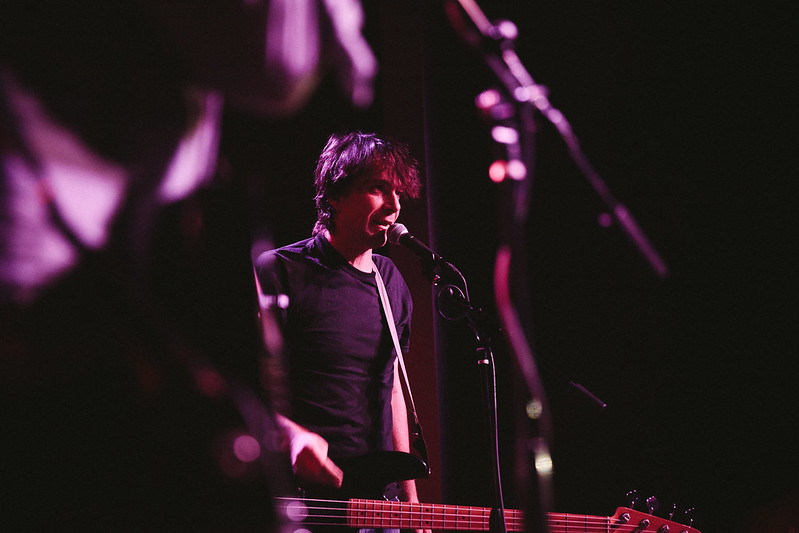 The incident helped form a strange dynamic for most of the night. Sure, Barlow was right; the vocals had been and continued to be washed out by the rest of the mix. This was noticeable during the opening act, as well, Omaha’s See Through Dresses. It didn’t seem to matter whether either band was playing quietly or not; it all overcame the muffled vocal output.

Seeing part of a headlining act straight-up walk off stage in a fit just two songs in seemed to unsettle the crowd. Awkward silences filled the spaces between songs while the band tuned their instruments. Barlow remarked that it might have been their quietest show on tour so far.

Granted, it was a Sunday night, but the chill, almost uneasy atmosphere was at odds with the up-tempo music coming from the stage for most of the night.

Though the sound issues were tangible, they would not ruin the evening’s affair. Reverb Lounge was beautiful, not quite like any other venue around in terms of its homey confines and upscale aesthetic. The venue faces Military Avenue in Omaha’s Benson district. Enter just to the right of its giant glass garage door, and immediately notice the dimly lit center bar area, surrounded in a square by granite countertops that shelve the mock Fender Jazz Amp tap. Red leather upholstered booths line the outer walls with framed classic guitars hanging above each. 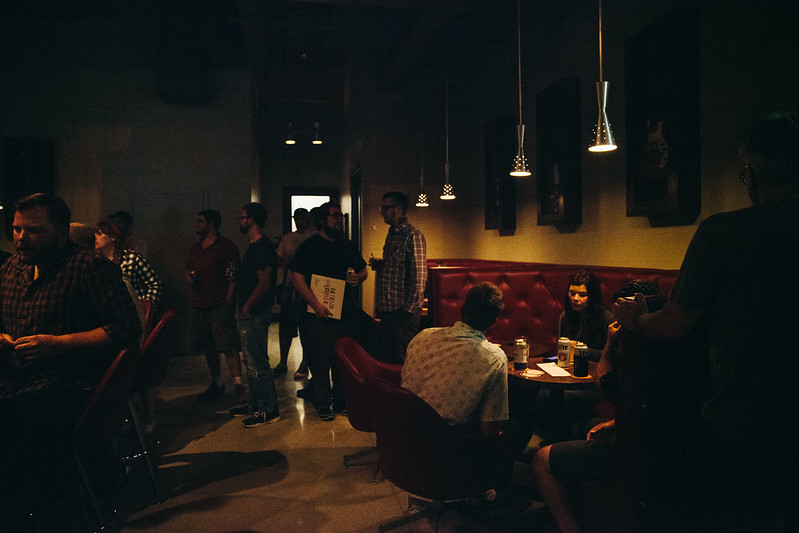 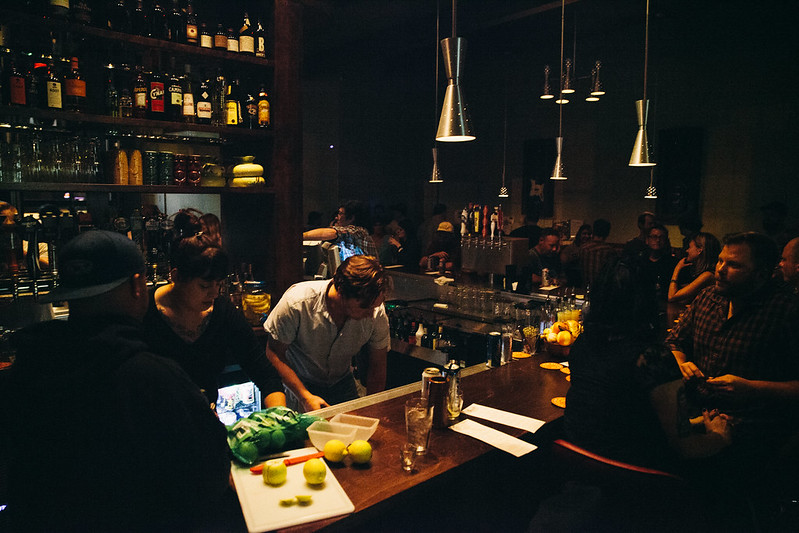 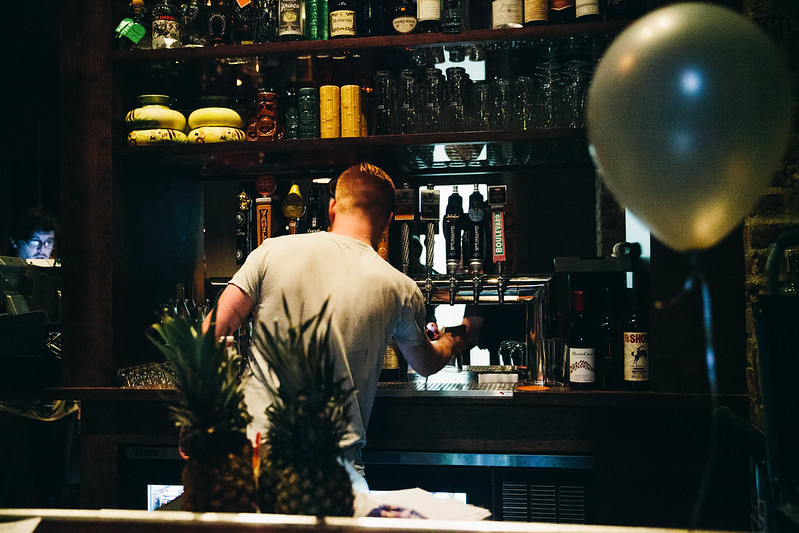 Bear left away from the bar and find the concert room, completely separated from the bar room by doors on opposite ends. The room itself is a small gray box with a vaulted ceiling, the stage in an intimate enough position to easily facilitate musician-patron interaction. Photographs of musicians line the walls at eye level. Though it felt a little strange to be closed off from the next room (another band could be playing in the barroom and it would have been inaudible), it was an excellent place to see live music.

See Through Dresses kicked the festivities off by ripping through their songs, filled with searing lead guitar work by Matthew Carroll over a thick, thunderous rhythm section. But for the Omaha band, it wasn’t only about volume.

They were adept at setting up the bones of a song, releasing it into the stentorian wild, and then reigning it back in before anybody drowns in it. Guitarist Sara Bertuldo concluded their set by dive-bombing off her amp onto the stage. The crowd stood in silence for a moment, perhaps stunned. A few astonished gasps leaked into the air, then loud applause as they exited the stage. 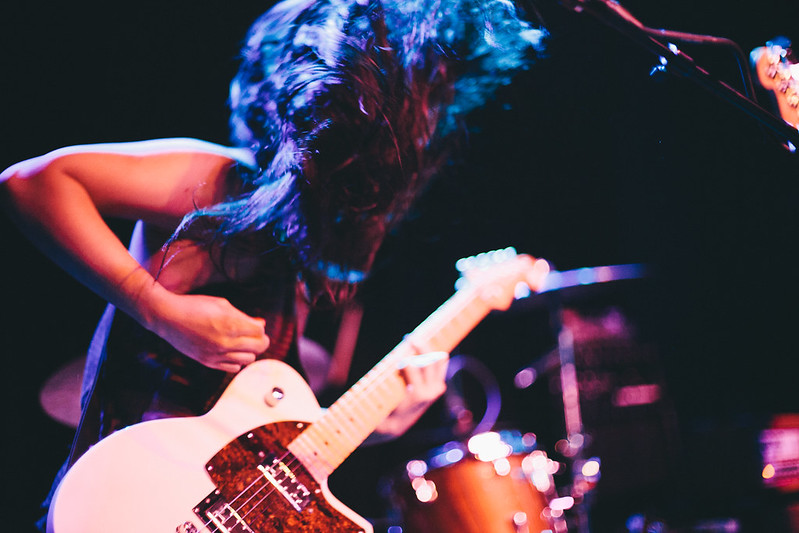 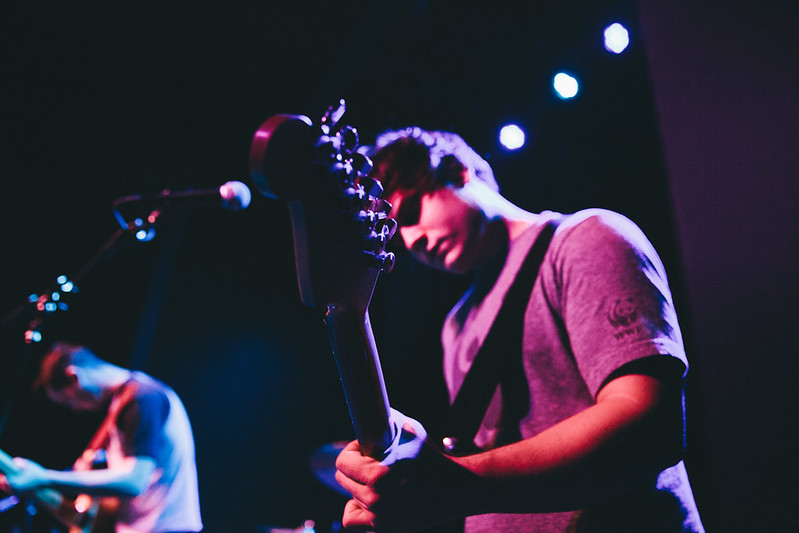 Sebadoh came on to a dose of actual chaos. The specter of Barlow’s early walk-off hung in the air. Barlow continued to try to resolve the sound issue, leaning out over the crowd to see if he could hear himself. Three songs in, faulty cables had to be replaced. Their flow was disrupted often by constant tuning and maintenance. Sensing tension, the crowd made a huge effort to support the band (and possibly to keep them onstage). Sebadoh was undeniably crisp, playing through an extensive catalogue that dates back to 1989. Many of the cuts came from the 2013 release Defend Yourself, their first in fourteen years.

About midway through, Barlow and bassist Jason Loewenstein traded instruments, with Loewenstein taking over the guitar and lead vocal duties. Barlow’s numbers were more moody and melodic, while Loewenstein’s portion of the set, which included the raucous “My Drugs,” was decidedly more of a romp. 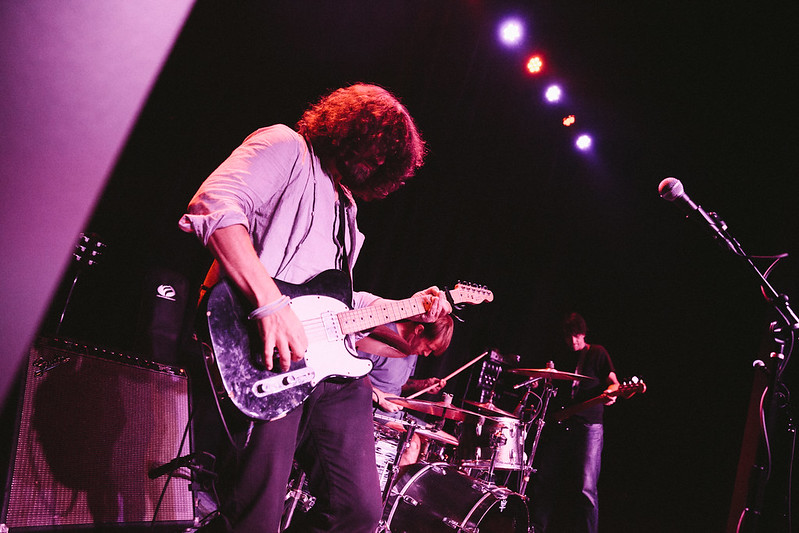 The tension steadily lifted as the night wore on. Barlow apologized for his earlier tirade, explaining that he just needed a drink (wine, he says), and that the venue would eventually be great. He and Loewenstein returned to their original positions in playing the mournful foot-tapper “I Will.”  By that time, they were musing about possible tattoos and remembering the time they saw Zia McCabe of the Dandy Warhols (who was playing next door at The Waiting Room) pee stage-side at a festival during the Portland band’s set.

Barlow skipped the formalities to close the show, casually announcing, “We’re gonna do our encore now, because that’s what we’re gonna do.” After a quick timeout to tune and adjust, they crashed through the end of their set with veracity, including the fan-favorite “Skull” from their 1994 album Bakesale. For all their troubles, both Sebadoh and the crowd endured. As for Reverb Lounge, chalk it up to the growing pains of a new venue. Judging by the excellent quality of the space, trust that they can work out the kinks. For now, crisis averted.