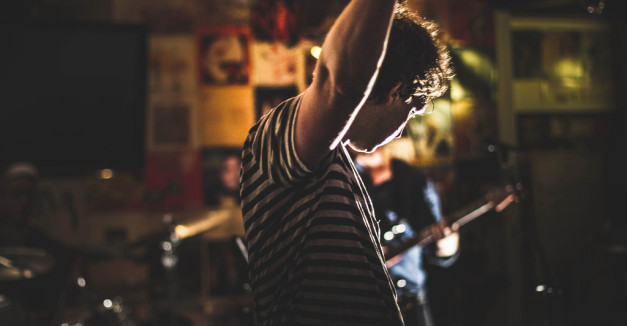 writer and mixer by Michael Todd | photo by Molly Misek

It’s in the inhalation of a singer’s voice, and the warble of effects that trail behind it. It’s in the interplay between guitar and bass, and the speckling of auxiliary percussion, which slides in just before the snare.

These are the small brushstrokes of a painting, the dappling of light in a film.

Within Deleted Scenes’ “Seasons of the Wire,” you hear the clear, pillowy vocal take and the faint impression of keys as they were both intended. The even-handed mix lands softly in your ears.

But what if you wanted to take a closer listen? To fade the guitar down mid-song, or pan the drums hard right. Well, here’s your chance.

Press play on the mixer below, drag the faders and adjust the panning knobs. Mute or solo tracks, and do it all over again.