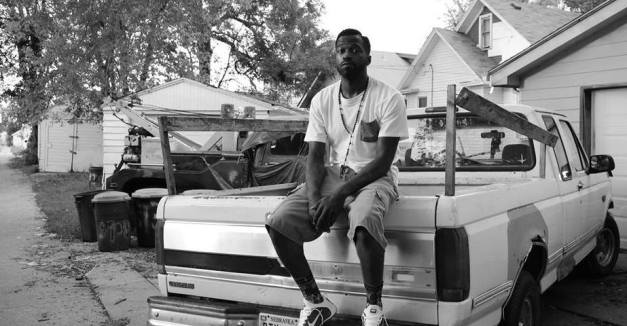 Marcey Yates appears to have a complex relationship with en vogue hip-hop.

For one, his twin albums, released earlier this year, were actively in dialogue with how hip-hop considers women and human relationships. Those critiques and the observations primarily came across on a throwback platter, pitting Yates in vocal clarity above ’90s hook-and-horn production. His new mixtape, The Cult, extrapolates and investigates his opinions even further.

The Cult — which Yates says is a sonic change-up to something with more mass appeal — could be interpreted a few ways. Presumably, “Say Something I Ain’t Heard Before” is a call-out to creatively stymied emcees. So, “the cult” in question could be an audience of Top 40 rhymes, who take cliché as innovation. Or maybe not. Maybe the title is meant to be ironic. The mixtape is trying its hand at hazier, beeping production (by BW Beats on this track) while excoriating some people who might rap on such sounds. Is “the cult” the small, dedicated audience who would know the difference?

Regardless, Yates’ delivery lands somewhere between peeved and weary. The thing that comes across clearest is that Yates’ breathless workrate has positioned him in a place to think about and react to his own work at a rapid rate. If our count is right, this is the sixth release he’s had his hands or voice on in 2014.

The Cult is slated to drop tomorrow on Yates’ label/umbrella organization, Raleigh Science. Now, here’s the premiere of “Say Something I Ain’t Heard Before”: