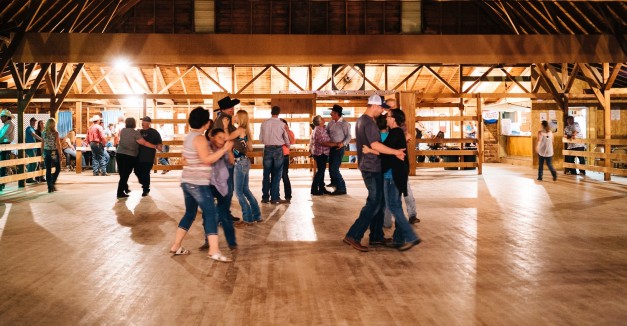 In the summer of 2012, a raging fire swept through the Niobrara River Valley.

That year’s startlingly dry spring gave way to a scorching summer. Temperatures of more than 100 degrees and 30 mph winds created ripe conditions for a wildfire. On July 22, lightning struck near the tiny town of Norden, sparking a conflagration that burned thousands of acres and numerous homes, requiring 350 firefighters to stifle.

That night, as the flames fanned north toward Norden, they stopped and forked around an 80-year-old piece of culture and history: the Norden Dance Hall. 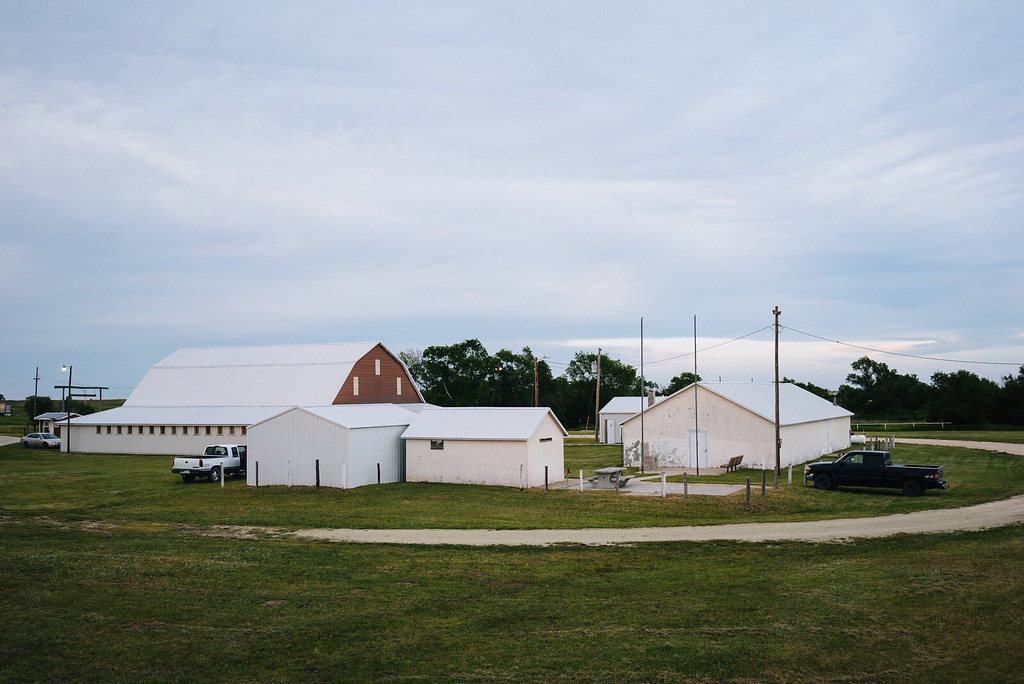 Gazing out from Duffield’s front door last month, there are no other houses. Only rolling green hills and wide open sky. It’s not as easy for a spread-out community to have a social center as it is for city-dwelling friends and family to congregate at a church, a bar or a block party.

“In those city regions, where do you interact? Here, we don’t have a block,” Duffield explains over lemonades at her round wooden front porch table.

Instead, for Norden, nearby Valentine and the surrounding rural community, there’s the Norden Dance Hall. Built by hand from 1929 to 1931 — at the outset of the Great Depression — it stands as a gathering place where generations of families have socialized, bonded and danced.

Ken Moore, current Keya Paha County Fair board member and area native, fondly recalls attending the bi-weekly dances as far back as when he was a kid. Moore, now 59, moved back to Norden from Kansas four years ago and immediately became involved with monthly board meetings. The 13-person committee decides all things county fair and dance hall, from booking the hall’s summer concert series to the size and style of its souvenir cups.

Moore says a typical night can draw 500-600 people from as far as Colorado or Kansas.

Duffield — whose seat on the board was passed to Moore — echoes that sentiment. She says she really didn’t have the time to take on board duties, but the importance of the dance hall took precedence.

“I did not want to take the chance that it would not be there for my great nieces and nephews and their kids,” Duffield says. “Where else can you say that you have 80 years strong in the same building?” 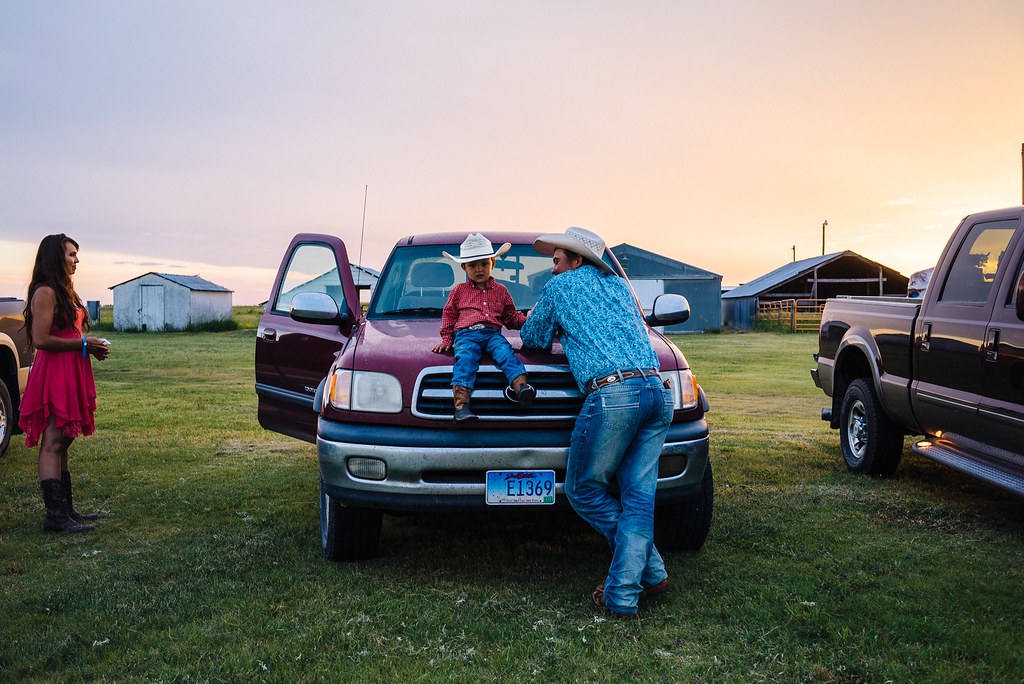 Pulling into the hall’s gravel parking lot that evening, it’s still hard to know what to expect. The externally nondescript dance hall lies just south of HWY 12, about 30 miles east of Valentine. A large box trailer with a printed Tombstone Pizza logo blocks the outer entrance of the east-side beer garden. A detached bathroom facility with matching off-white siding sits just to the south, between the building and an old rodeo pit. Aside from a touch of rural charm, its nothing fancy.

Inside, though, it’s picturesque. The woodwork is almost cathedral-like — intricate, with hand-built rafters and crossbeams held aloft by original bolts and fasteners. The entrance at the south end funnels right onto the floor, somehow beautifully kept for enduring eight decades of wear. The concession stand sits to the left of the entrance, plastered with a no smoking notice, “Since 2009” added in crayon. The bar sits at the opposite corner, three registers wide. As Duffield would later advise, it’s best to grab a beer from the outer edges (“I got a Coors Light with ice chips in it,” she brags).

And the crowd feels fit for a large wedding. There are four or five generations on hand, from toddlers to great-grandparents. Married couples and families stream in, while old friends catch up over beers at the giant outdoor cable-spool tables. The band that night, Country Rush, romps through a couple sets of twangy, calypso-flavored covers. Its players are veterans of the dance hall, and this was their second appearance this summer. 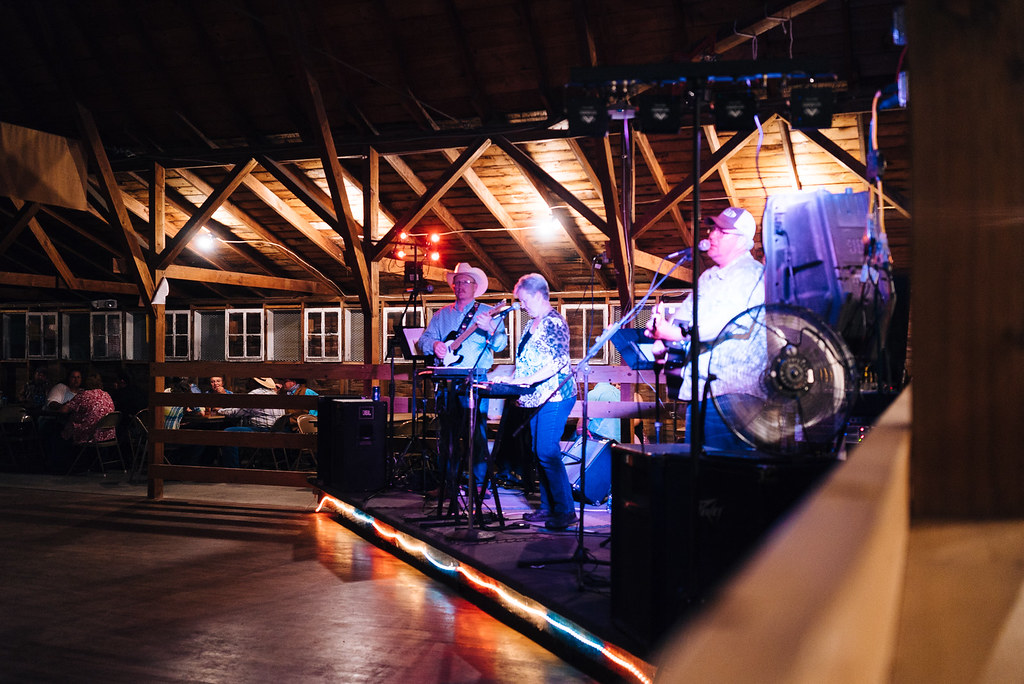 During a break, Marge Oleske — Country Rush’s keyboard player and Norden Dance Hall devotee — raps about her relationship with the venue. Oleske has toured and played music around the Midwest for several years, and was inducted into the Nebraska Country Music Hall of Fame in 2012 with her all-women country band Patches.

“You won’t find a better dance hall in four states,” she raves. “It’s what we did. It’s who we are.”

And with all due respect, it’s all about the dance. When Country Rush starts in on a number, the floor fills up within seconds. When a song ends, it clears without applause until the next number. It could be Hank Williams and it would be this way.

At some point in the night, Duffield races over to east side of the stage to chat. She’s short of breath, having just participated in a lively number. With a few (actual) weddings close by, she observes that the draw has thinned a little. But during the fair, attendance creeps nearer to 1,000. She describes one year in which she took tickets and made change for 90 straight minutes without looking up.

“It’s shoving room only.” Duffield says of those times. “Dance at your own peril.”

She gestures to one dancer, whom she identifies as a de facto nephew, that she helped teach the swing dance. Kids grow up dancing here, a fact increasingly apparent as the floor becomes more populated.

There are all levels of skill and gusto, from a very basic two-step to a complex, multi-step swing dance. It seemed innate for some partners, freely-flowing and natural; for others, it was as if they had simply been performing the task their entire lives, like brushing teeth or tying shoes. 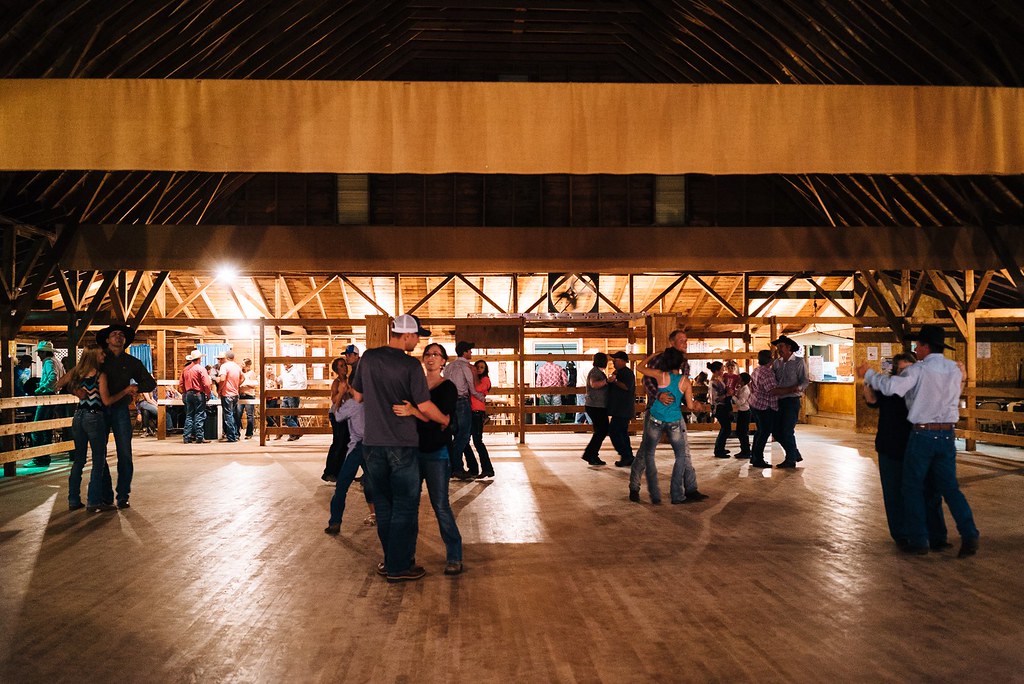 After the terrible fire that nearly wiped it out, the dance hall served as Norden’s Superdome for families whose homes were destroyed or damaged.

It’s one of the more recent, spectacular tales of the dance hall from that Saturday.

Deeper into history, specific memories seem to fade into the background, giving way to the general sense of unity within sprawling, yet tight-knit community: Past visions of fathers dancing with their daughters for the first time. Generations of families running the snack bar. Having a knock-down, drag-out with your brother.

The hundred-plus-mile perimeter around Norden is the block. The dance hall — the party — lies at its very core.