Few local bands have been as successful at creating and maintaining a well-recognized aesthetic as Omaha funk-pop band Satchel Grande. Between the attire, gaudy album covers, and even the band's name, one might be inclined to label it all a gimmick.

That word typically connotes a crooked car salesman or a crafty magician. A free toaster with your purchase of any washer and drier. An iPad with your new vehicle, but there is some hidden catch. It implies the presence of a trick, a sleight of hand that draws in the target, artificially setting the hook.

And yet, something about Satchel Grande is devoid of dishonesty or cheapness. Maybe it’s the stage presence. Band members routinely display their enjoyment, bursting into mile-wide smiles or bouncing along with the music. Frontman Chris Klemmensen banters about being shit on by a bird while enjoying a pre-concert cigarette. Keyboardist Andy Kammerer emphatically fist-bumps a person in the front row. Couple this with the fact that they back it all up with their complex, multi-layered grooves, and the whole experience of seeing Satchel Grande in person feels far from a gimmick. On Saturday night at Lincoln's Vega, the second night of their CD release party for their fourth full-length What She Wants, the only caveat for the audience was that they dance. 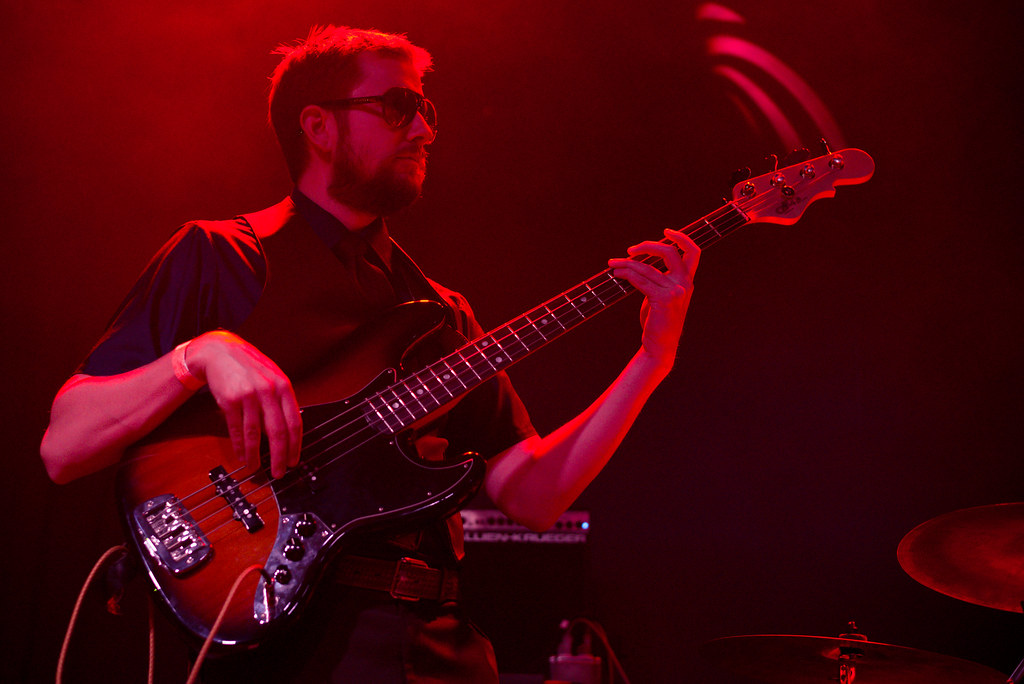 Lincoln instrumental funk group Tatanka kicked off the night. A solid and dextrous rhythm section served to showcase the three-piece brass section. Saxophone, trumpet and trombone took turns displaying their individual skill, and came together perfectly when the hook demanded it. The challenge for an instrumental band, especially one playing before a locally renowned act, is grabbing, and keeping, the audience's attention. The sextet deftly changed tempo and time signature throughout, creating a number of powerful moments. One of the most crowd-pleasing feats an act can unleash is the cover, which Tatanka nailed with Average White Band's “Pick Up the Pieces.” As they wrapped up their 40-minute set, attendees continued to file in and fill up the floor in anticipation of what was to come.

The 10-piece Satchel Grande entered stage-left as though they were piling out of a clown car, and from start to finish there wasn’t a still patron in the house. The outfit possesses the uncanny ability to appeal to all ages and sensibilities, a fact obvious at first glance through the venue. Though movement for the band was restricted, between their baseball roster of a lineup and the near-inadequate space on stage, they did not fail to move the crowd. Frontman Chris Klemmensen sported his trademark handlebar mustache, sunglasses and a brown leather vest, while the rest of the band looked as though they may have just clocked out of their 9-to-5 office jobs. Klemmensen broke the ice with the tale of his rather crappy encounter with the bird, just the kind of honesty that can strengthen the connection between band and audience.

Satchel Grande proceeded to connect with their music as well, skillfully blending driving funk rhythms with fluffy keys and a tight brass section. On What She Wants, Satchel Grande brings a groovy, horn-laden pop sound similar to their previous records while pushing the tempo and bringing to the forefront some of their more distorted, low-end elements. Klemmensen recycles familiar lyrical subjects, from love and lust to the grind of the work week. The more-than-two-hour show played out in two parts, beginning with the entirety of their new album in order and finishing with old favorites from Dancefloor Protest Music and Dial 'M' For Mustache. 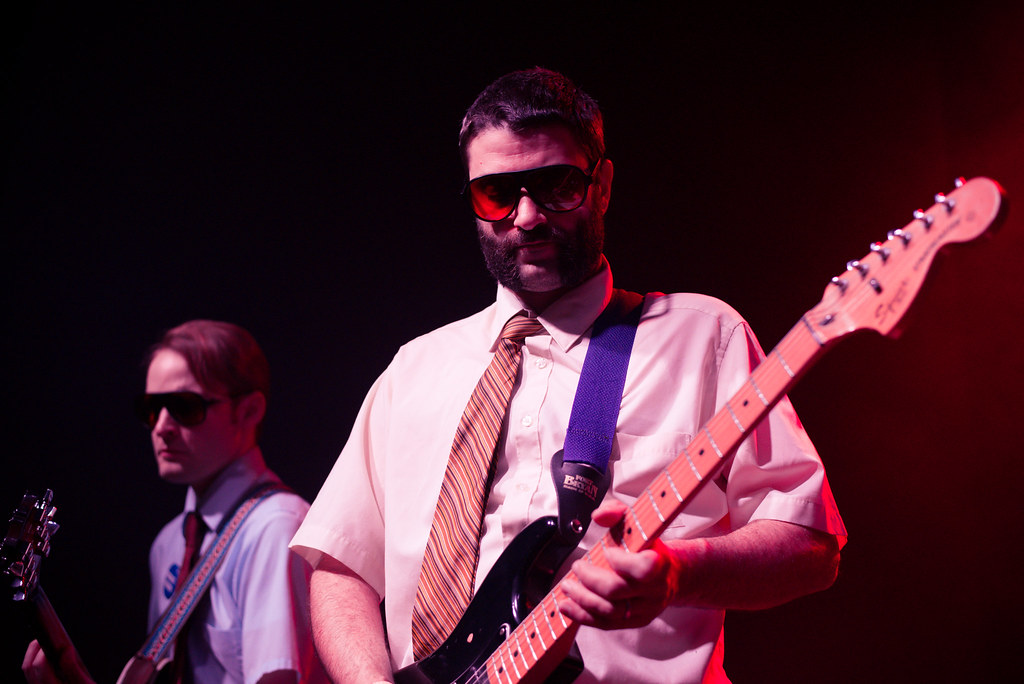 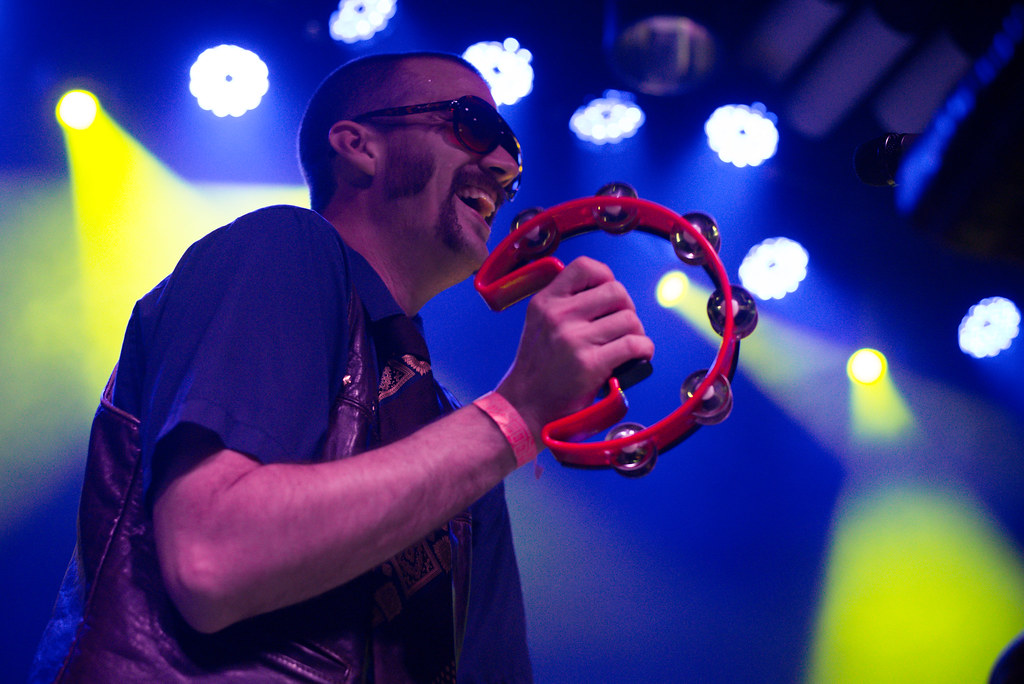 The deliberate pace of their new tracks was readily apparent live, especially when played alongside older material. From the opening number “Creeper,” right through the first half of the set, the band played with incredible consistency. Highlights included an ode to the man who “knocked out Muhammad Ali before you all were born” with “Leon!” and a searing solo from guitarist Shawn Cox on “New Kicks.” All songs carried the undercurrent of smooth bass grooves, brass parts that mirrored and beefed up vocal lines, and the ever-present tock-tock of cowbell.

Satchel Grande carefully integrated and orchestrated these vibrant musical moments to convey a specific emotion, to elicit a specific reaction. When the band held aloft their hands to clap, so did the audience. When the bass line implored them to move their hips, they swayed. Gasps and cheers filled the air with each guitar, keyboard, and trumpet solo. All with the aim not to manipulate their audience with a projection, but to include them in the experience.

As high-flying as Satchel Grande had been through the new material, Klemmensen announced the start of their “old shit” portion of the evening, and it was as if a switch had been flipped. Whatever lingering weight they carried fell away as they eased into “Supermoon,” all grinning from ear to ear. Crowd favorite “Shake It Like It's Overload” again featured Cox’s spider-like fingers flying up the neck of his guitar, soloing over floating keys during the high point of the night. “Say Hey” followed, heavy-handedly dedicated to the bar staff that was “working on a Saturday night.” The band closed the main set stringing together parts one and two of the slow jam “Working Title,” before reprising part three from earlier, exiting to high fives from the front row patrons and thunderous applause.

The encore presented ample opportunity for the band to kick out a few more theatrics. Drummer Carlos Figueroa reentered first to throw down a pounding, Bonham-esque drum solo, taking care to occasionally splash a cymbal. He was then joined by Klemmensen's right-handed cowbell, left hand extended in the air. On came the rest of the band to finish with gusto on “The World…” and “Put Up a Fuss.” 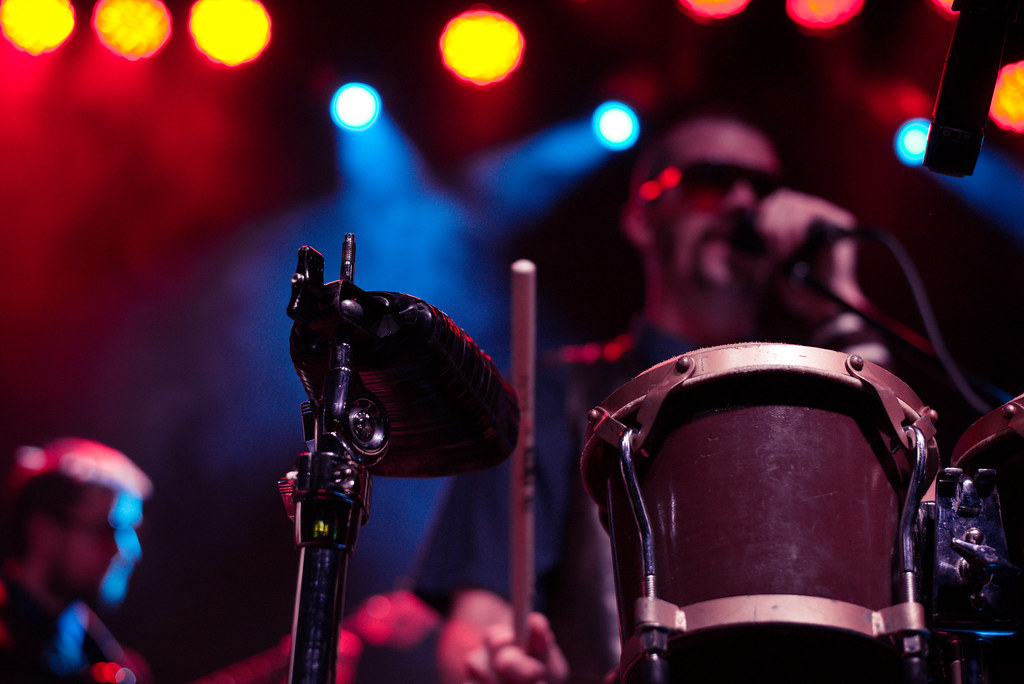 As they were about to exit the stage at around 12:30 am, a tall bearded fellow in the front row put in a special request in honor of the holiday, which had just started at midnight. The band convened for a brief moment, returned to their instruments, and struck up a fine, if unrehearsed, rendition of Rick James' “Mary Jane.”

Their impromptu cover underscored the reality that what Satchel Grande brought on this night was no deception or parlour trick. Their overall success is owed in large part to their carefully constructed image and the fact that they can straight up play, but none of that is as important as how they use their tools to connect with the audience. It felt as though they had worked all week to get to play funk for you. When that kind of joy gushes from the stage, when the attitude of a band is observably authentic, the audience has no choice but to feel involved with something great. Then, the dancing part comes naturally.

Andrew Stellmon is a first-time Hear Nebraska contributor. Reach him via HN's managing editor at chancesp@hearnebraska.org.