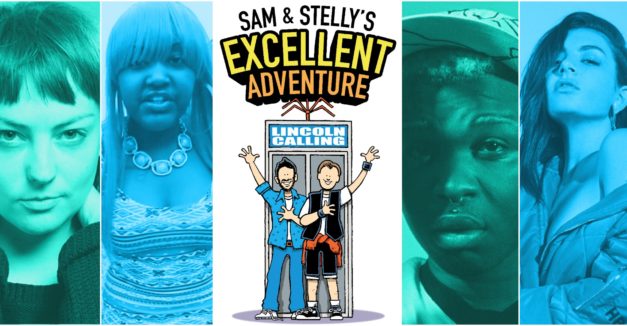 Our festival dudes! Lincoln Calling is finally here, and with more than 100 bodacious acts filling the weekend, we want you to radically ace your musical exam. In service of that mission, we ordered two of our own Wyld Stallyns — Sam (Lincoln Calling booker Sam Parker) and Stelly (HN managing editor Andrew Stellmon) — to find out just which path you should take to a prosperous festival future. Hop into the time machine with us for seven Lincoln Calling festival routes to fit your fancy.

(By the way: as Bill once misquoted Socrates, “The only true wisdom consists in knowing that you know nothing.” This is by no means an exhaustive list, but one way to enjoy the festival. Map your own with our printable schedules and, on the day of the fest, our handy guide.)

The “Git Down” route

The Route: This path takes you through some of the region’s best hip-hop acts and a pair of up-and-comers from Nebraska to one of the nastiest and well-equipped emcees of the midwest in Cupcakke. She’ll close down the festival Saturday night on the Duffy’s Outdoor stage. The route itself is beginner-level, as Bodega’s and The Bay both have great hip-hop acts Thursday and Friday, respectively. Hang around downtown Thursday, take the bus from the Night Market to The Bay on Friday and party with the entire festival crew Saturday at Duffy’s.

The Route: Our LGBTQIA route is also one of the most sonically diverse, tracing through indie rock, country, experimental noise, hip-hop, punk and industrial. Cakes da Killa will crush as part of the hip-hop lineup Friday at The Bay, to where you’ll need to take the bus between 8-8:15 p.m. to catch his set. On Saturday, start down at The Bay and bus back or bike across campus to downtown and The Blague.

The “Shut Up, Kiss Me” route 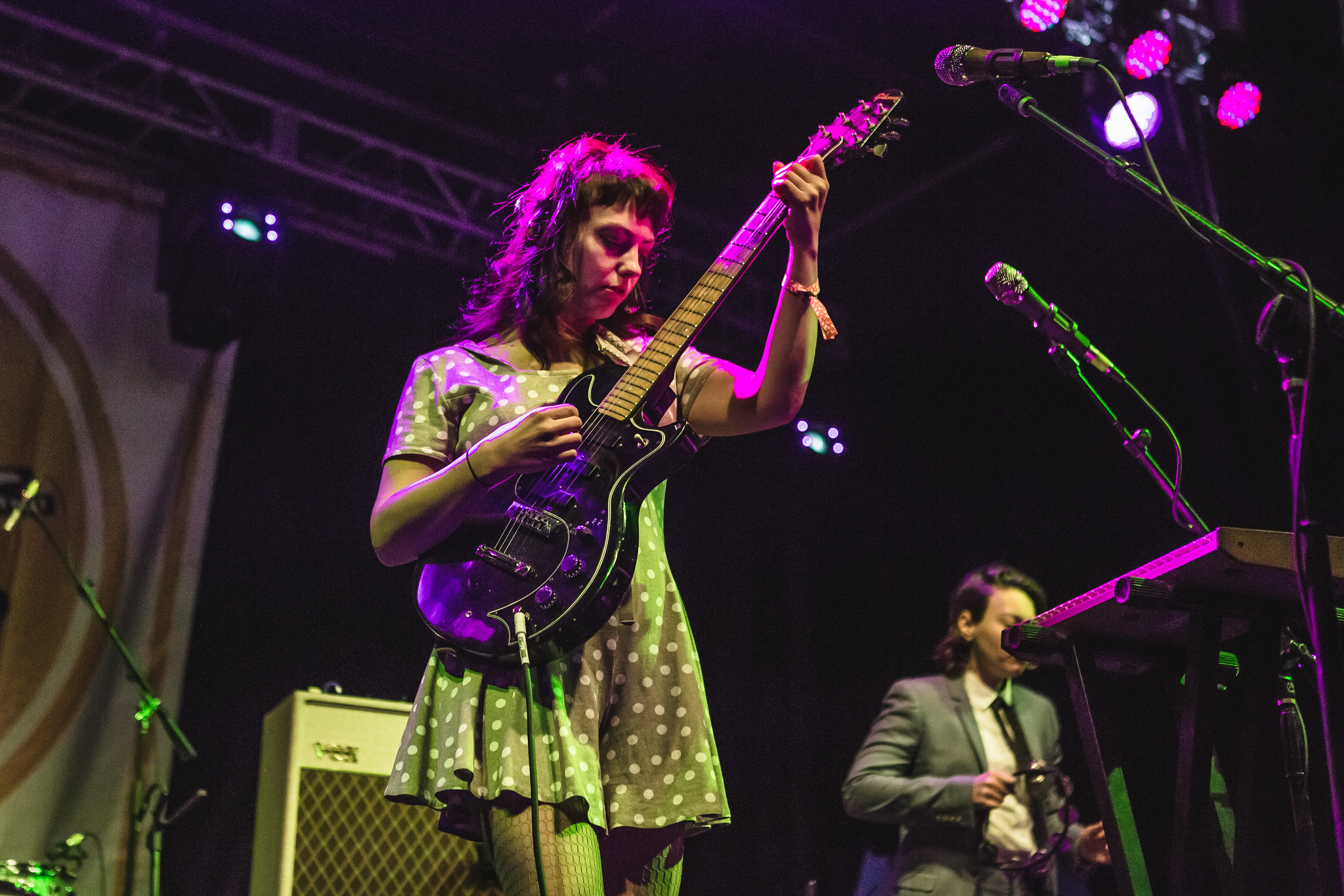 The Route: From new local country band Artichoke Hearts to indie darling Angel Olsen to outlaw country songwriter John Moreland, this customized list will have you in tears. Camp at Zoo Bar late Thursday night. Catch Pleiades & the Bear, some fresh air and perhaps a Lagunitas in the Night Market between Bourbon sets Friday. And get back to the Zoo early Saturday for what is sure to be a heartbreaker.

The Route: Headbang all the way through our guitar-rock-oriented playlist with some of the loudest and most energetic fest performers. It starts Thursday evening in the main room with Cayetana, then takes you across the street for Omaha feminist punks Crease. End Friday night with the breakneck instrumental acrobatics of Bogusman. Saturday’s skull-splitting route starts with a Duffy’s double dip, asks you to catch that bus from 14th & O down to The Bay to fly high with Toronto punks Pup, then gives you enough time to hoof it back to Bodega’s for Louisiana rockers Ghost Foot.

The Route: It ain’t no disco, it ain’t no rave, this is post wave! Future Punx anchors this new wave and synth-laden route, which features a few budding local electronic artists trading in the mysterious, theatrical and danceable. This path is high difficulty, with overlapping sets Friday and Saturday. Luckily, these venues are all within a block of each other, but you’ll be ripping yourself away from one to get to the other. Worth it, we say.

The “Outside with the Cuties” route

The Route: For the festivalgoers looking to chill the hell out, this schedule includes artists touting some of the most laid back tunes around. They’ll be moving around a lot on day one, though, starting outside for Brooklyn trio Ian Sweet, passing through Duffy’s and across 14th St for Omaha indie pop band Twinsmith, then catching the bus to The Bay for Frankie Cosmos. Step out a minute early to make it back for Thursday headliner Best Coast.

The “After the After Party” route

The Route: We get it — life is stressful and you’re just looking to lose your mind at Lincoln Calling. This is the party playlist, one we covered a couple weeks ago but that merits rehashing for your scheduling purposes (and because these acts will move you). Easily enough, it’s all on 14th St, and includes ska, indie rock and one international pop star in Charli XCX. It’s cool to think about boys, but don’t let that stop you from jamming out to “Boys.”