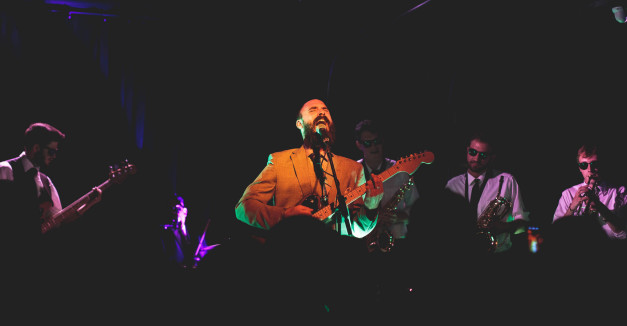 The soul celebration hosted by the Slowdown last night was no mere muddling of smooth bass, punchy keys, wild guitars, sharp horns, syncopated beats and impassioned vocals. It was a showing of Omaha soul and funk community with a classic backing band of tight musicians, loving family and loyal friends. Sam Ayer & The Love Affair headlined the evening, preceded by Josh Hoyer & Soul Colossal and joined in a first-time Omaha set by Lincoln’s Mesonjixx.

Mesonjixx eased into the evening with a velvety smooth set of soul, coaxing sways from the hip and snaps from the finger. The Lincoln natives wooed The Slowdown with tight, dynamic soul numbers brimming with energetic improvisation and Mary Lawson’s and guitarist Miles Jasnowski’s dueling vocals. The lights shone green and blue and purple, setting an intimate mood for romantic tunes.

Without a sour note or ill-placed rim-shot in the set, the quartet left the crowd entranced with their mellow rhythms and crafted crescendos. Ending the set with a wicked improvised bass solo by Josh Barger (also of Soul Colossal) ensured every patron, front to back, was paying sharp attention. Based on crowd reaction, Mesonjixx could quickly become just as popular in Omaha as they are in the capital city. 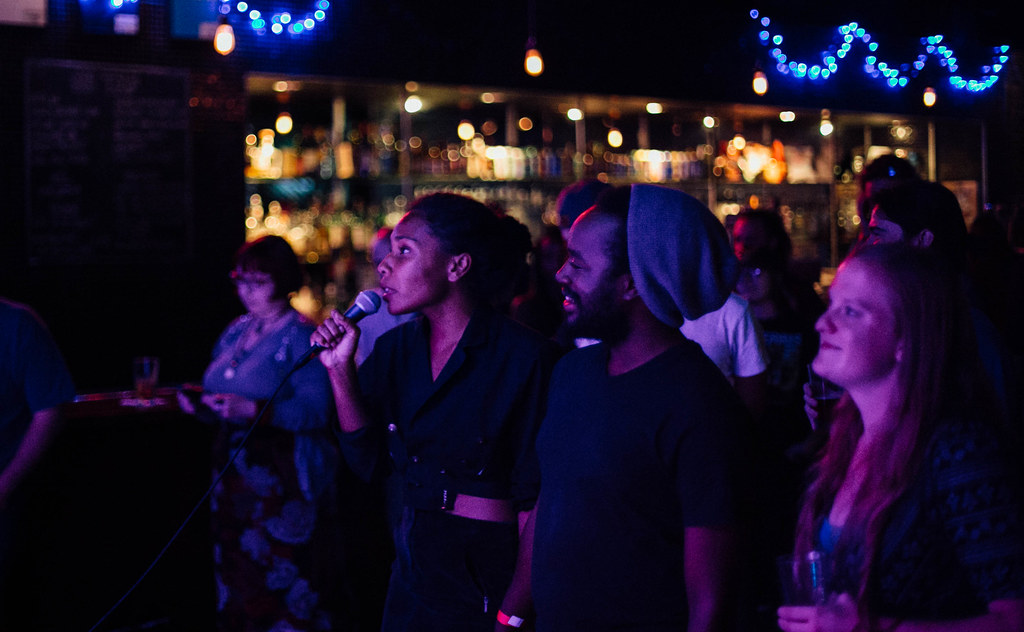 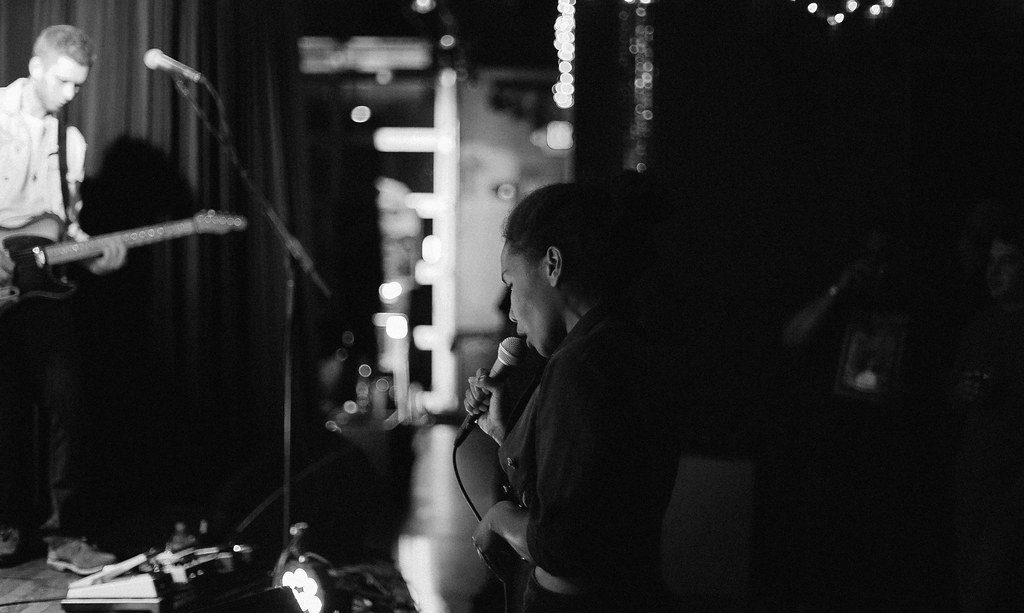 The booming Josh Hoyer & Soul Colossal was next up. Veterans of the Nebraska funk and soul scene, Soul Colossal had longtime fans screaming along to its heavy, melodic numbers and kept new fans aching to keep up with the set. The warm red and orange lights mixed with strobes only added to the energy of the soulful rock set. 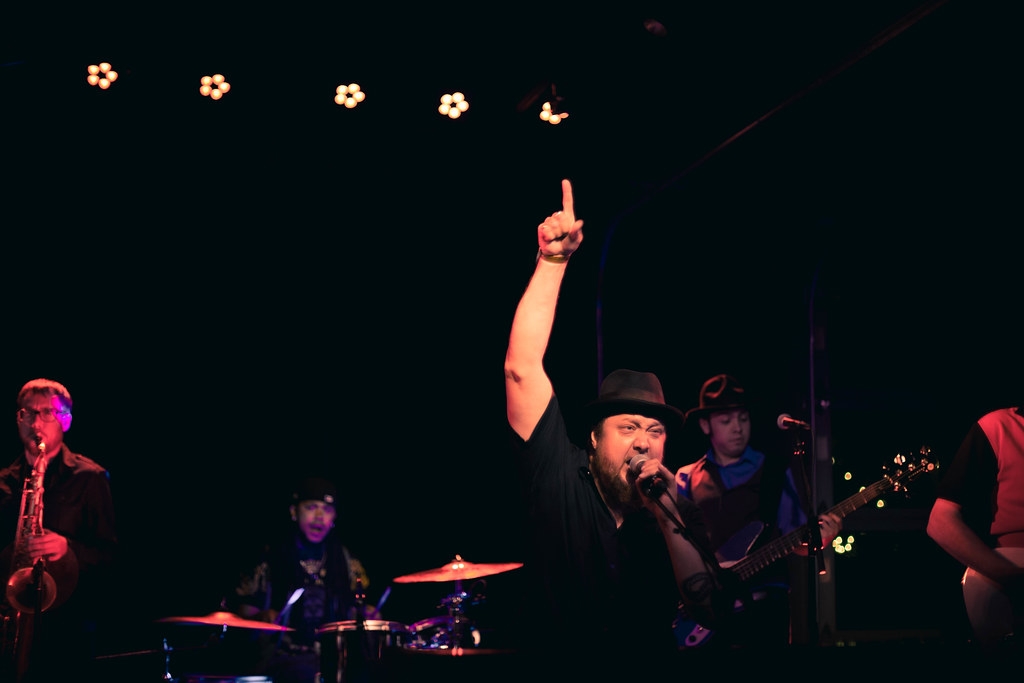 Halfway through, Omaha singer/songwriter CJ Mills joined the band onstage. She played guitar with rhythm and dynamics so effortlessly and unapologetically it sounded as if she had been playing with Soul Colossal her entire life. The blend of fervor electricity and extremely tight play by every single member reminded the Slowdown exactly why Soul Colossal is here to stay. 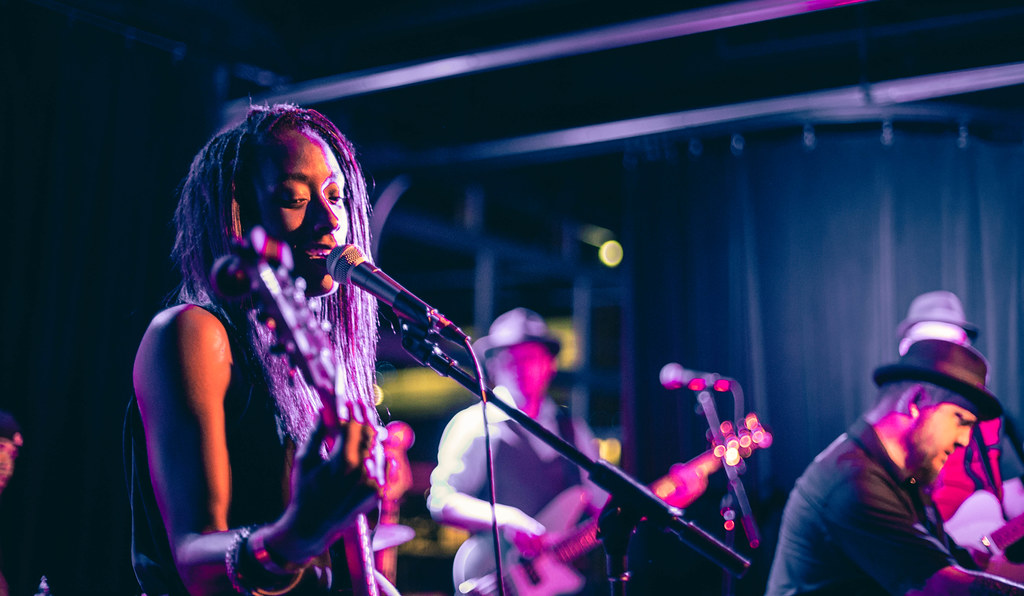 After a cool, collected set from Mesonjixx and the infectious fun of Soul Colossal, Sam Ayer & The Love Affair jaunted to the stage in the classic second-wave ska uniform of white shirts, sunglasses and black ties. The Love Affair’s second show together proved it has what it takes to keep up with the  playing before them that evening. The band wowed the receptive audience with finely crafted pop-soul hits for every temperament, with Ayer and his raspy, perfectly-tuned croon at the helm. 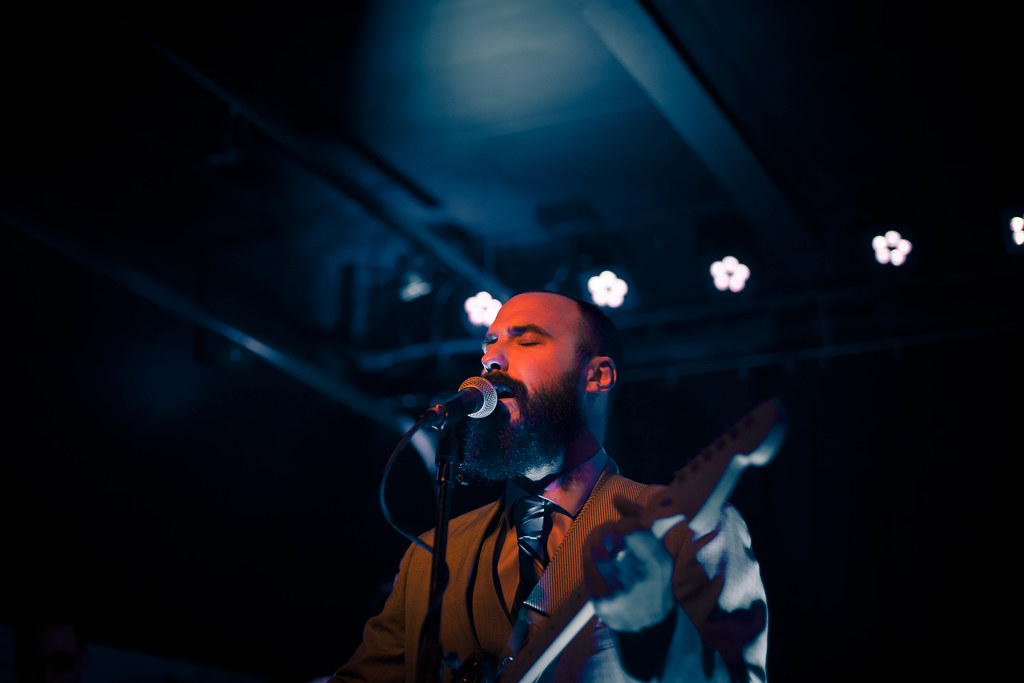 The energy was palpable, as half the audience consisted of coworkers, fellow musicians, family and friends of the octet. Fans hurtled facetious cat-calls at Ayer and the band, keeping the smiles on the faces and the funk gushing from the stage. As the night drew down and Ayer announced their last song a sort of excited sadness blew through the room. By the time the final energetic number died down, there was a demand for more. 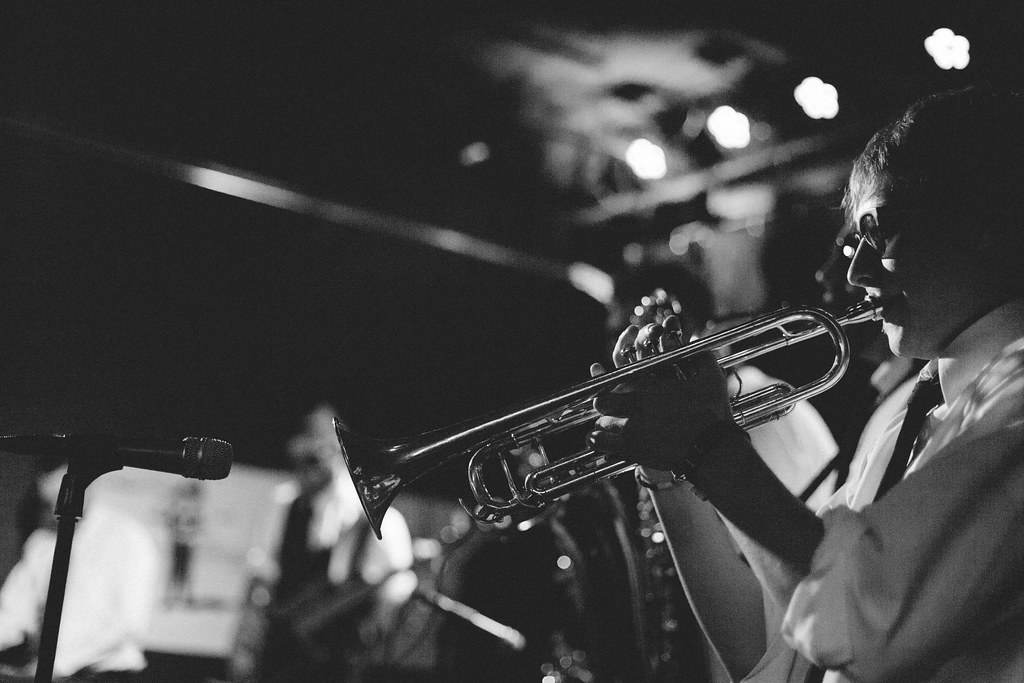 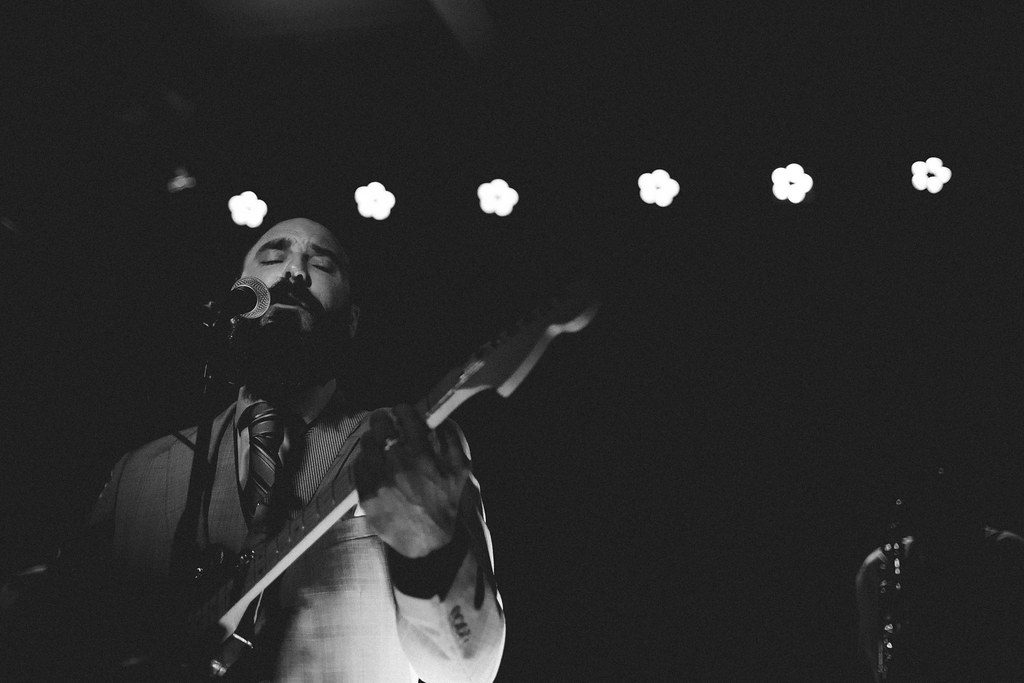 And the Love Affair delivered. Its renditions of Reverend Al Green’s “Let’s Stay Together” and Snoop Dogg classic “Gin and Juice” were the perfect throwback, a tongue in cheek way to end the evening with moving feet and smiling faces. 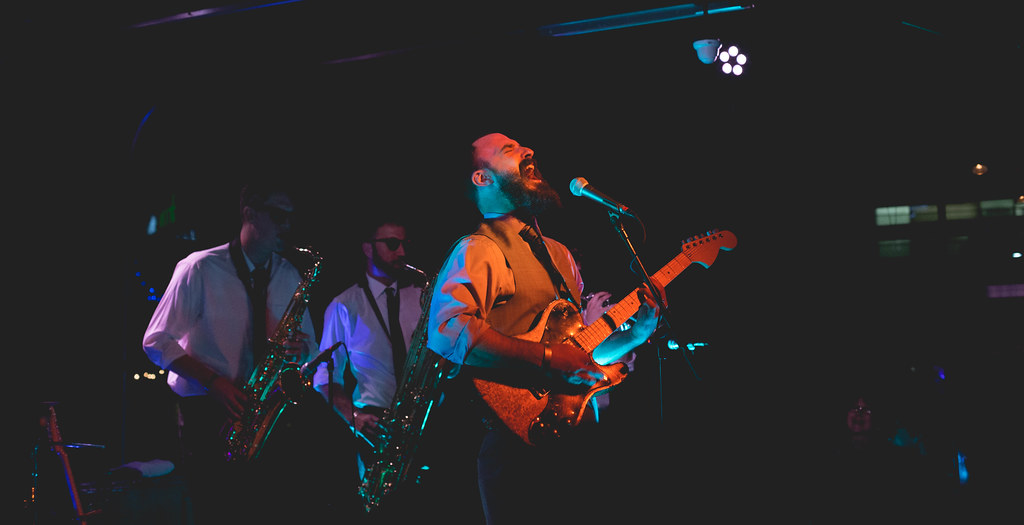 As the post-show tinnitus set in and folks filed out of the Slowdown to their respective vehicles, there was a noticeable excitement in the way people were speaking, like they had collectively seen the future of soul in Omaha. That future is bright.