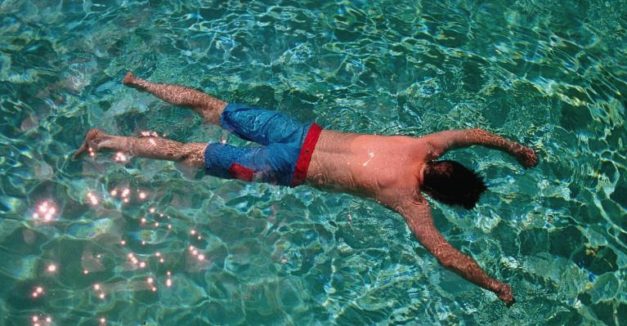 Any Conor Oberst fan knows the renowned, Omaha-bred songwriter is as prolific as he is prodigious. To include various cassettes and early projects, the 37-year-old has more than two dozen albums to his credit. But what to do with the evidence of that work rate when it’s right in front of you is sometimes harder to know.

On Oberst’s new album Salutations, his second Nonesuch Records full-length in six months, he recasts the 10 stark solo tracks of last autumn’s Ruminations with a full band. With accompaniment from frequent Oberst tourmates The Felice Brothers, the 10 reimagined songs are shuffled with and separated in the track order by seven new barroom folk-rock tunes. Clearly related by title, the quick turnaround into Salutations raises questions about its relationship to Ruminations. Is one of them the real work of art and the other some kind of discography side street? Which is which? Granted, this might only be a critic’s dilemma. A fan might say, “17 more Conor Oberst songs? What are you wringing your hands about?”

That’s the carefree attitude Salutations has toward its own existence — at least as much as songs about infidelity, loss of loved ones and slow withering by alcohol allow. The Felice Brothers and a slew of collaborators, including legendary session drummer Jim Keltner, Gillian Welch, M. Ward, Jim James and Maria Taylor, enliven these 67 minutes with a chummy and comfortably imperfect mood, not dissimilar from the 2009 Mystic Valley Band LP Outer South.

The most aching songs from Ruminations benefit immensely from the sudden backbone afforded by drums and choruses. Its tenderer tracks are now sketchily outlined by Ian Felice’s piercing guitar and inflated by James Felice’s accordion. But there’s also more than an EP’s worth of new songs here: the smoldering historical pastiche of “Napalm,” the folksy and unrepentant “Afterthought,” the bouncy but self-effacing “Anytime Soon,” and the cinematic character work of “Empty Hotel By The Sea.”

Oberst’s muscle for songwriting has never been stronger, and his self-consciousness about the album as an artistic statement has never been lower. It makes for an interesting contrast on our latest On The Record podcast review. Listen below.

Catch up with the latest On The Record episodes — which cover albums by Tim Kasher, John Freidel, Bus Gas and more — with our playlist below: