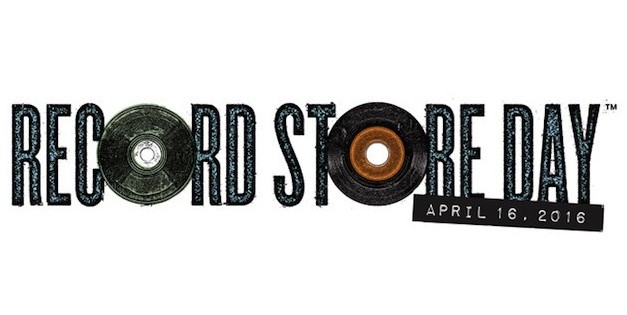 Vinyl lovers rejoice, for your day has come again.

We compiled a list of Nebraska Record Store Day destinations and events to help you maximize your potential search for the goods. If you do not see your store, please feel free to add details the comments.

Almost Music, at new location 3925 Farnam St, opens at 10 a.m. with a small, select stock of RSD exclusive releases plus a ton of fresh used vinyl. Notable titles include: Jay Reatard’s Blood Visions (Fat Possum) on red vinyl; Heartworn Highways wooden box set (Light In The Attic); The Shaggs 7″ (Light in the Attic); and 7-inch’s on Superior Viaduct by The Fall, Suicide, and DNA.

There will also be free food, gift certificate giveaways and a special small-run of T-shirts by local artist Jeff Sedrel Plus, the shop will have the debut 7″ record by local band, Sucettes, who are playing with eight other local bands that afternoon. See the full lineup below.

Hi-Fi House, 3724 Farnam St, hosts an open house Saturday afternoon (via Lazy-i’s Tim McMahan). It starts at Noon and runs as long as people are listening. See live performances by Chemicals, Ricki and Victoria (of Pleiades & the Bear) and Mitch Gettman. Admission by RSD receipt.

The Old-Market store opens at 10 a.m. with free Howlin’ Hounds coffee, Donut Stop donuts and breakfast burritos for those in line (which, in past years, has led around the block past 13th St). General manager Mike Fratt says the store ordered quantity on RSD titles — featuring releases from David Bowie, Deftones, Alt-J, Cheap Trick, The Doors, Johnny Cash, Joan Jett, The Talking Heads and Twenty-One Pilots — and will give away free custom RSD/Homer’s t-shirts for customers that spend more than $150.

Homer’s is also raising money for Project Harmony, selling 10 secret test-press LPs. There’s also releases supporting Disquaire Day, France’s RSD event, and are meant to show solidarity and support in the wake of the Paris terror attacks. This year’s RSD ambassador Metallica have a piece associated with this effort, as does Anthrax, Twenty One Pilots and the Doors.

Drastic Plastic, 1209 Howard St, is giving customers 10-percent off all stock including just released titles from Nurse With Wound, Motörhead, The Only Ones, and The Cramps. Other personal selections from manager Jeff Runnings include the 5 LP Lush boxset and Cheap Trick’s double live album.

Earlybirds will be treated to coffee and pastries for the store’s 10 a.m. opening. Drastic Plastic will also feature new product lines from Sourpuss and Kings Road, offering a preview of Drastic Plastic’s punk and post-punk clothing section.

Record Benders, 2241 Franklin St in Bellevue, will open at 10:30 a.m. with 10-percent discounts on all vinyl when shoppers mention record store day.

Recycled Sounds completes its move from Lincoln to Omaha with a grand re-opening this Saturday at its 322 N 76th St, just around the corner from Lookout Lounge. The store opens at 10 a.m., with live music starting at 5 p.m. with Jason Wellsandt and Virgin Mary Pistol Grip. Giveaways also start at 5 p.m., while used vinyl is 15-percent-off all day long. Via Kevin Coffey of the Omaha World Herald, AM 1490 DJ Dave Wingert will broadcast his morning show on-remote from 9-11 a.m.

Saddle Creek Shop, 721 N 14th St, will be open from Noon to 4 p.m. (again, per Lazy-i), and will be selling RSD releases by The Thermals and Fink/Bellows/Nagler reggae project Cho Cho and Dasheen.

Urban Outfitters Omaha will feature live music by High Up and Dominique Morgan at 2 p.m., artwork by Megan and Jane and Christopher Vaughn Couse and complimentary drinks by Upstream Brewing.

Lefty’s Records, 2776 South St., will open at 7 a.m., and will be selling used vinyl for 20-percent off in addition to RSD titles. $4 LPs will be $2, 50-cent records will be 10 for $1. Les Greer’s picks include the Easybeats re-issue, New Barbarians 10-inch, re-issues by Patrick Gauthier and Richard Pinhas, Magma, Heldon and a few rock compilations. See his entire dizzying stock of RSD titles here.

Root’s Music, 233 N Antelope Valley Pkwy, will open from 11 a.m. to 5 p.m., and will feature three guest record collectors who will sell albums and 45s from their own collections. Charlie Burton will be spinning rare 45s on the shop’s vintage tube record player. The shop also features random giveaways and up to 50-percent-off select items.

Kearney’s Buffalo Records, 19 E 21st St, opens at 8 a.m. with 15-percent off everything in the shop — including RSD titles — until Noon. Then, it’s 10-percent off until store close at 8 p.m. Spend $50 at the store and get a free koozie and be entered for a chance to win free records. Spend $100 and get a free shirt with entry into the same contest.

Live entertainment starts at 3 p.m. with DJ Bliss mixing until 5 p.m., followed by The Range Maggots playing the store’s back-corner stage from 6 to 8 p.m. Says co-owner Rex Herrick: “I’m personally excited about the Charlie Parr release [I Ain’t Dead Yet]. It was the hardest one to get, and I only have one copy of this record. It will probably be part of the giveaway.” 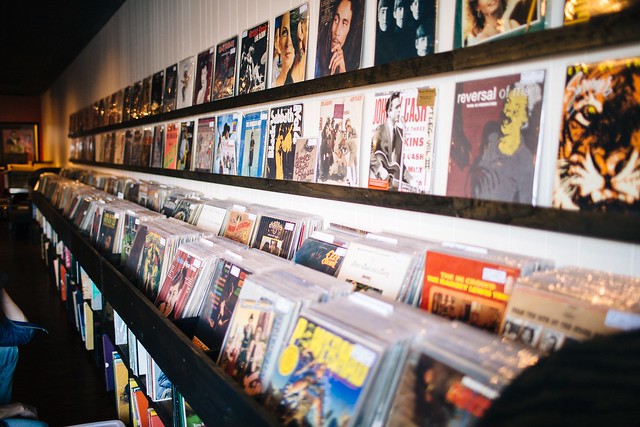