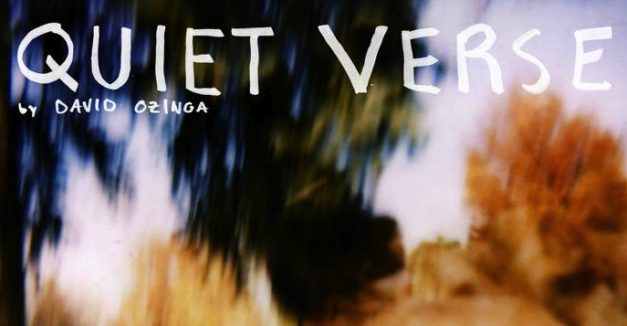 You probably know David Ozinga from any of a dozen Nebraska bands in which he was an anchor or a talented hired gun dating back to the late-aughts. We try for a comprehensive list in the first minute of today’s episode of On The Record.

That resumé makes his first solo LP, this winter’s Quiet Verse, a different and intensive creative labor for Ozinga. It’s a record that could trick you into thinking it was made by the many players he’s met in the Nebraska music scene, but is actually just him and producer Adam Roberts. In this way, it’s Ozinga as you’ve never heard him before: playing the roles of album architect, bashful harmony singer, moody lyricist, dexterous and adventurous guitarist, and ever the tasteful drummer.

The record comes off as much about craft as anything. You hear the warm and imperfect rooms that helped make this lo-fi saga, and you also hear the artist seeming to occasionally pace their floors, hankering for a smoke break or to go out and blow off some steam. But even through a few bouts sonic psychosis and a lot sunny, social-sounding riffs, Quiet Verse will return to the living room in its 17-track length. Ultimately, it’s a meditative homebody.