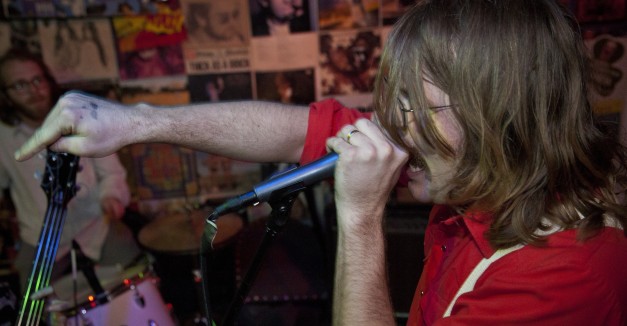 From his wild wailing on “Pure Evil” to the scorching ray of distortion screaming from his guitar, David Nance seems hell-bent on expunging some dark spirit or indecent actor, the likes of which may as well be plaguing the stage or song itself.

Indeed, Lush Bruise Crew songs toe the razor-thin line between maintaining an envisioned composition and descending into complete chaos. Like with the titular conceptual antagonist in “Pure Evil” or the trash maven in “Kingdom,” there’s more depth and complexity than at first glance, always with some kind of messy tipping point.

Ever energetic, magnetic and lyrically smart, David Nance has been active in the Omaha indie rock and folk scenes for quite some time, whether alongside Simon Joyner as part of the Ghosts, on his own (as with 2013 release Actor’s Diary) or with a cast of local players.