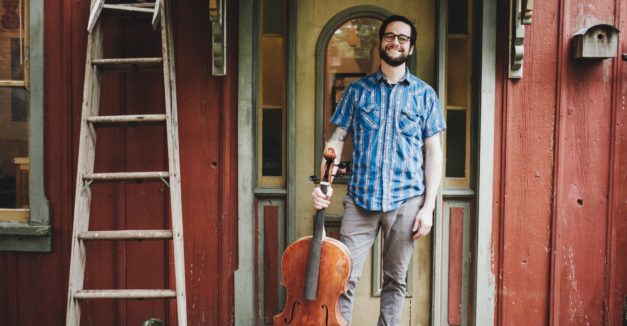 On the quiet street corner just east of downtown Auburn, Nebraska, a long standing tradition of violin making continues. Sunlight filters through the window of a small backyard shop, where Christopher Jacoby works on the body of one of his custom instruments. There are several in-progress projects, from construction to repair to intentional wear.

It’s undoubtedly an artform, one Jacoby has studied voraciously and dutifully since early 2001. His family had always been a musical one, and he had moved to the San Francisco Bay Area to pursue a career in violin performance. When a strung-out roommate sold a family heirloom out from under Jacoby, and after he tracked it down, he decided to change course and devote himself to the craft.

Today, Jacoby Fine Violins have been shipped all over the world, his knowledge and experience culled from and shared with other members of the violin-making community as old as the art itself. Its proprietor — also the Luthier-in-Residence at The Violin Shop in Lincoln — invited Hear Nebraska into his shop to get a glimpse into his rigorous process, discuss his history with violins and how he found a home in Southeastern Nebraska.