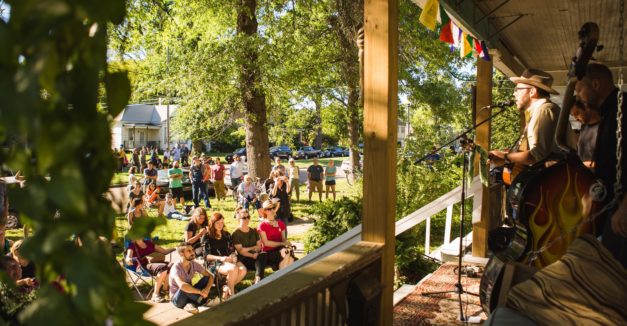 A crowd more than 200 strong had gathered in front of a shaded 1236 Goodhue Blvd, one of eight Near South neighborhood locations involved in the inaugural Porchfest LNK. Lincoln folk act Jack Hotel had wrapped the first few songs of their set, littered with rustic imagery which complimented the spectacularly clear afternoon.

Its frontman Günter Voelker then pointed to the west and customarily introduced the band with a slight nod to one of the festival’s strongest pillars.

“We’re Jack Hotel and we’re from two blocks that way.” 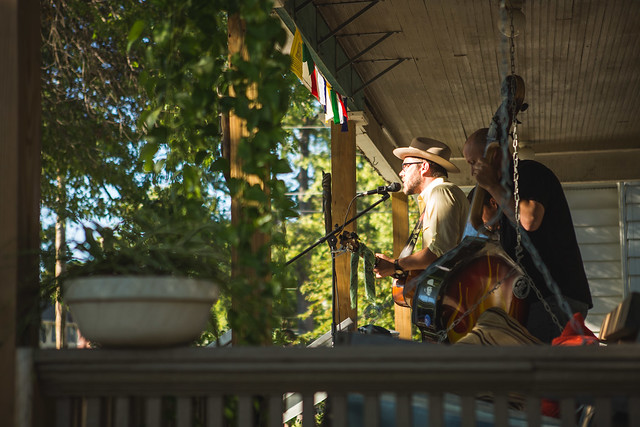 Local musicians play in their proverbial backyards all the time, but recent memory is devoid of anything like Sunday afternoon’s neighborhood-wide event. Organized by resident/musician Maya Khasin with help from Common Root Mutual Aid Center and its porch-stage’s residents, Porchfest LNK featured a large number of musicians from within the festival’s 12 quarter-mile radius.

In staging artists directly within their community, Porchfest LNK turned the focus toward what is often an alternative or unofficial attraction surrounding some larger, corporately-sponsored event. Nobody was escaping a throng of festival goers bouncing from bar to bar; they were walking or cycling within a few city blocks celebrating the connection between local artists and their essential home environments.

It was barely 15 minutes into Bogusman’s set at Tree House before the spirit of Porchfest won out. The property manager from the apartment building across the street came over to address the potential noise issue. Four people calmly explained that the show was permitted, officially, by the city. The set continued without further incident, the congenial way in which the potential conflict was assuaged speaking to the extremely positive attitude that permeated the festival.

“We don’t wanna stick in anyone’s craw, but we’re enjoying ourselves,” frontman Nate Luginbill said with a shrug, to the applause of the slowly growing crowd. 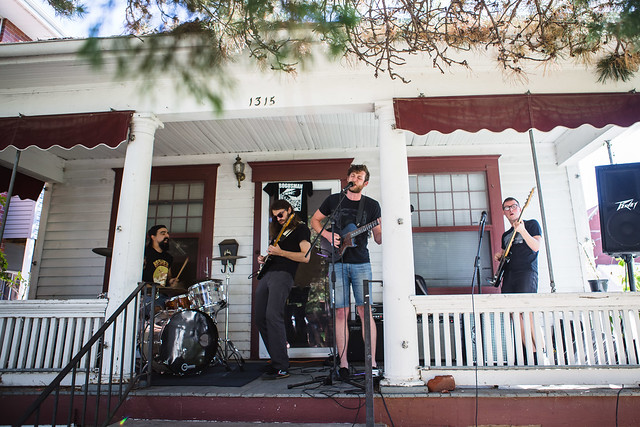 While a noise permit itself doesn’t legitimize any performance or celebration of community that took place Sunday, it does highlight the preparation and hustle it took to make such a relatively sprawling event run so smoothly. Khasin could be seen all afternoon riding from one porch to the next to check-in, while hosts were stationed at each spot. There was food and restrooms and everything ran on time. It’s undeniable how difficult it must have been for one person to organize it all, more than meriting the assembly’s ubiquitous appreciation.

In all, Porchfest LNK was a reminder for some, an affirmation for others and an invitation from its inhabitants that music lives in all sorts of places. It isn’t confined to vast arenas or dingy clubs, nor should it be. It’s conceived of, written and made within the locally familiar places it was performed Sunday. There was quite a bit uniquely enjoyable about seeing venue or basement-suited acts like This Machine Kills Vibes or Bogusman or Pariah Princess in the glinting sunlight on a beautiful afternoon, same as acts seemingly made for the porch in Jack Hotel, Root Marm Chicken Farm Jug Band or Hana Zara. 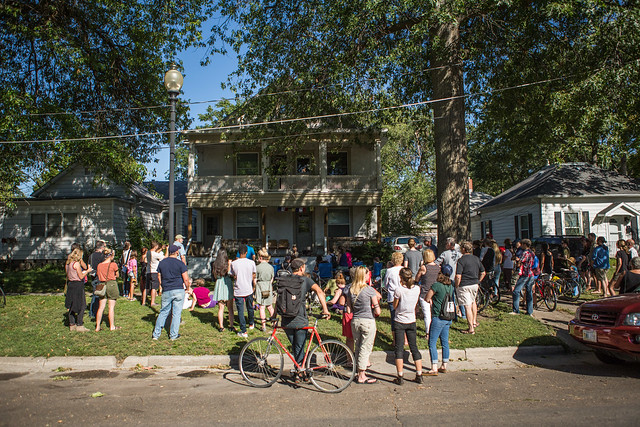 “Can we just look around at all this magic?” Zara said mid-way through her elegant acoustic set.

Her reference to the palpable connection between the event and its setting and the overwhelming feeling of community and positivity hit direct center. In that way, Porchfest LNK served as further proof of a neighborhood’s cultural vitality.

Below, see photos from Porchfest LNK: 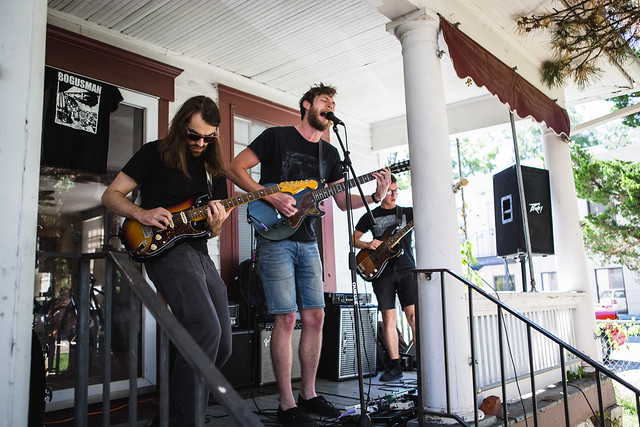 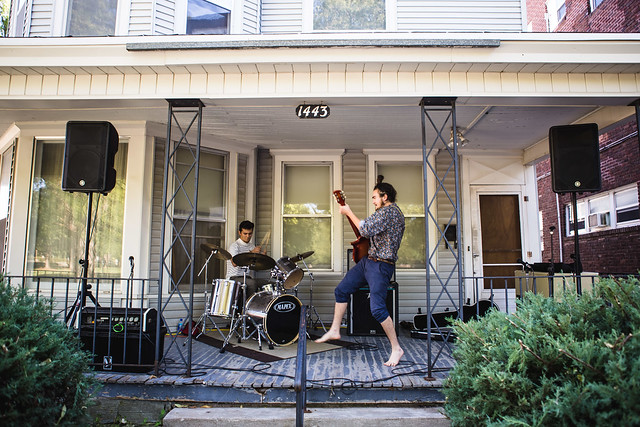 The Grand Poobah performs at 801 Goodue 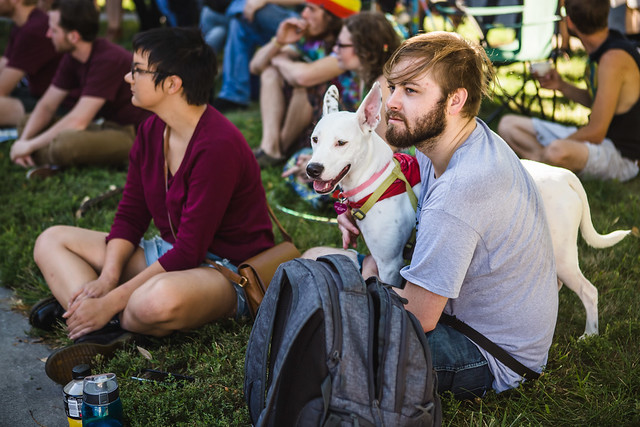 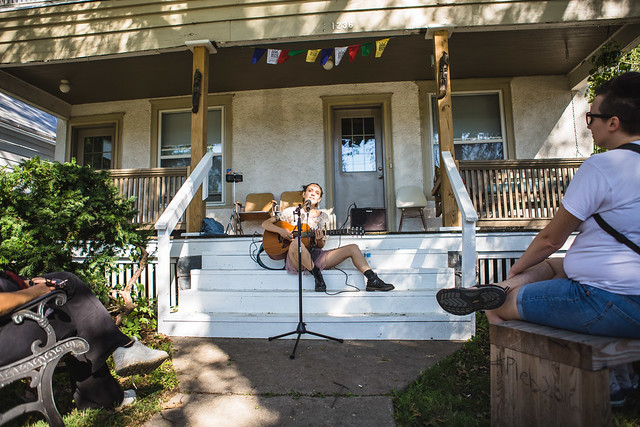 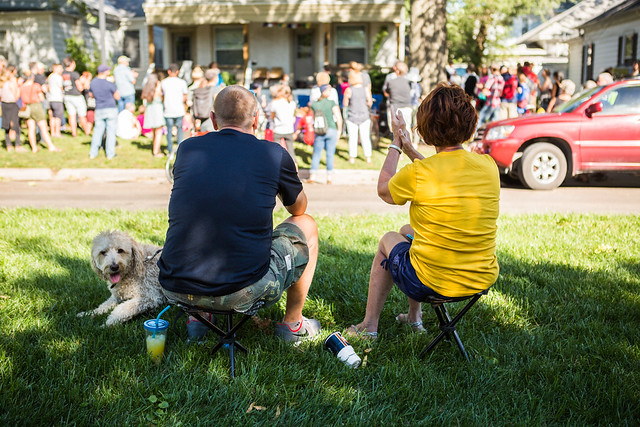 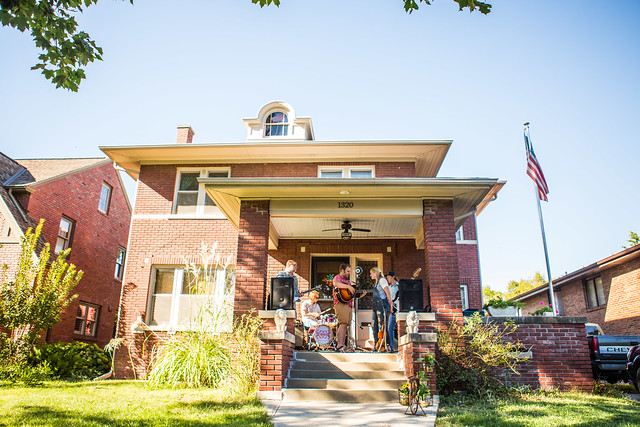 The Wildwoods perform at Porchfest 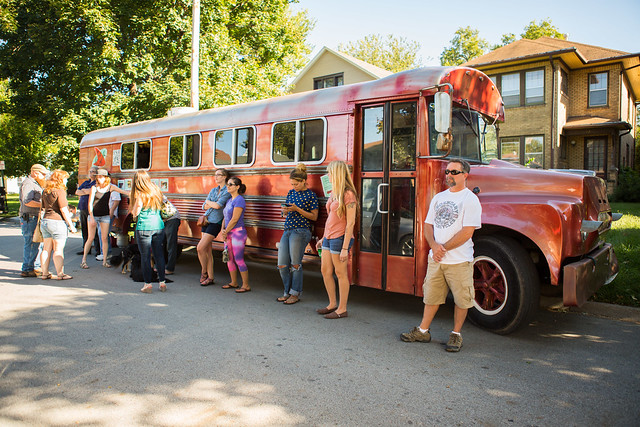 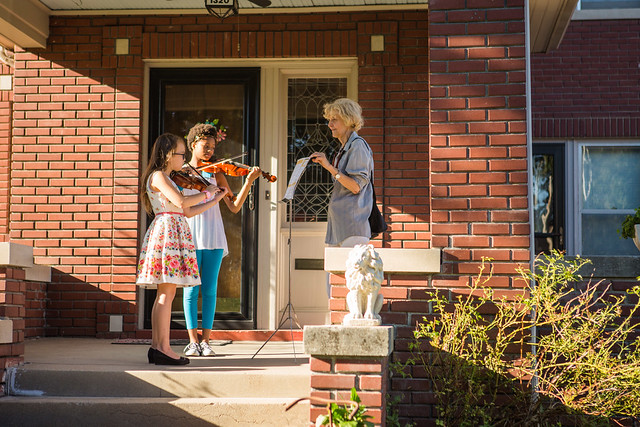 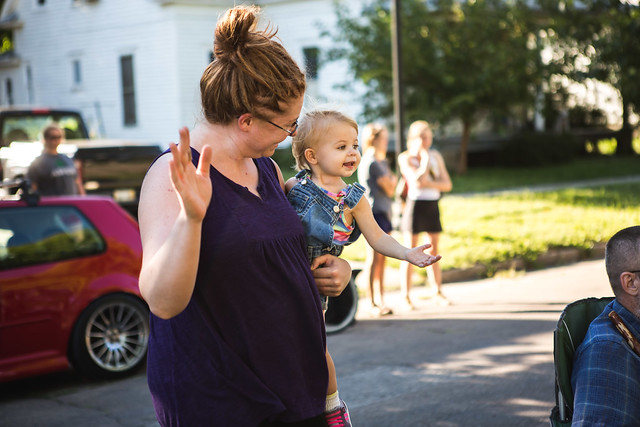 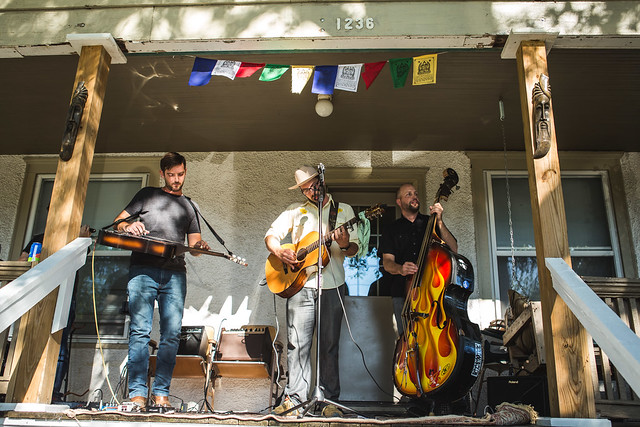 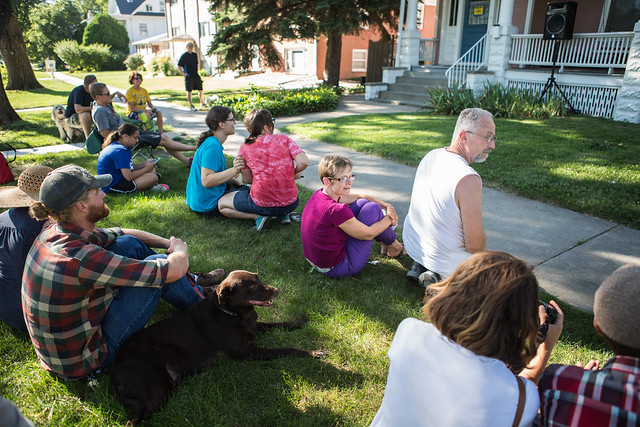 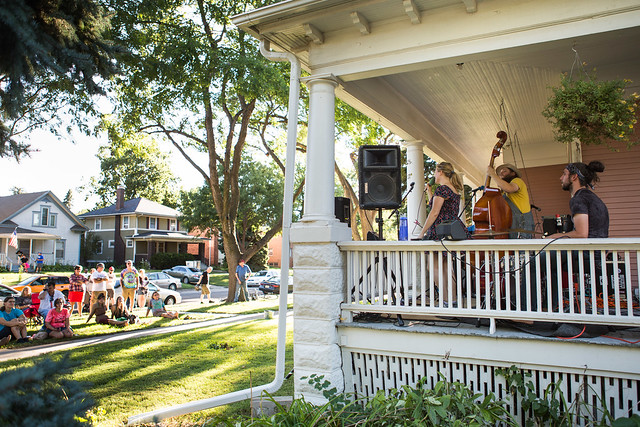 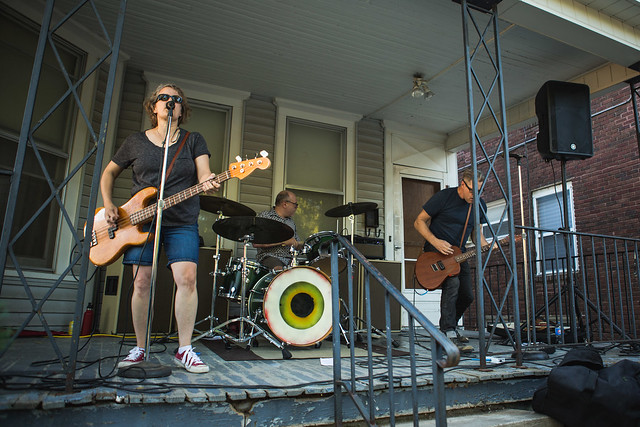 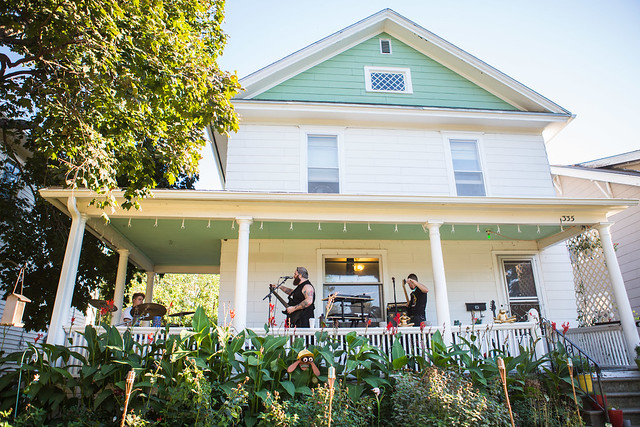 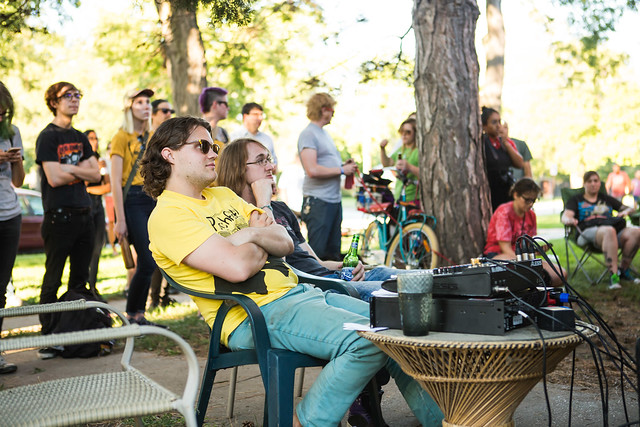 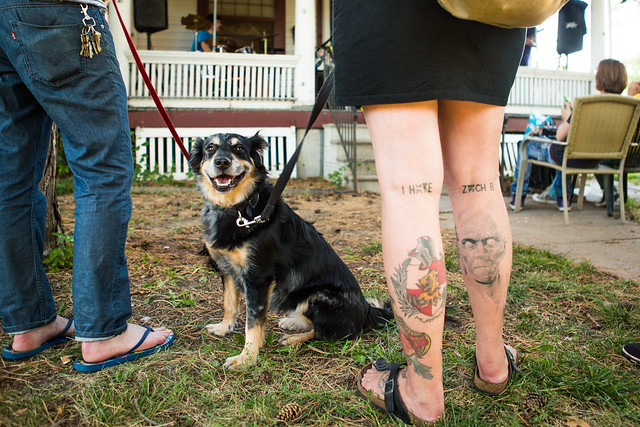 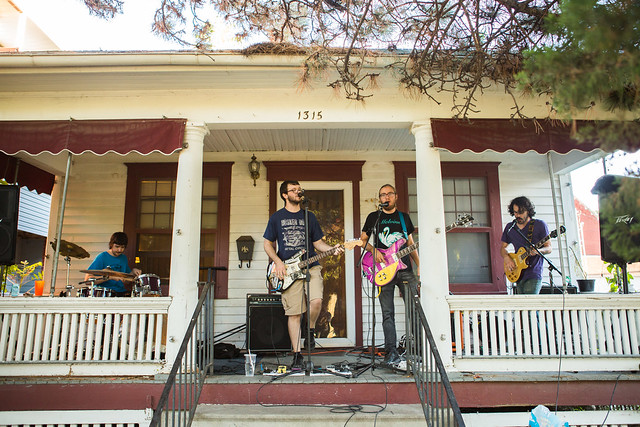