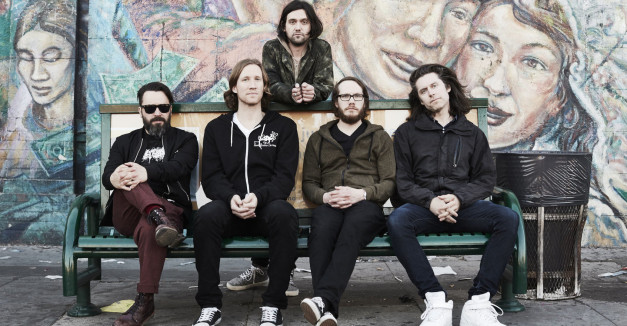 When Desaparecidos’ first album, Read Music/Speak Spanish, came out in 2002, it’s unlikely anyone could have conceived a ferocious punk song about the do-gooder who wants to help the world, but only while logged into Facebook. Now, on its 2015 follow-up LP, Desaparecidos’ “Slacktivist” exists in the same world — and it knows it — as this 1.5 million times-viewed Slavoj Žižek video on cultural capitalism.

As lead singer and songwriter Conor Oberst puts it:

But it still starts with the slashing guitars and towering production of a record that still wants to put a brick through a fat cat’s window.

Just because it’s paid closer attention to the news than the vast majority of protest records, hasn’t softened the ire of Oberst’s ghostly, expansive lead vocals, Denver Dalley’s guitar stabs or the solidarity choruses from people like Cursive’s Tim Kasher and Against Me!’s Laura Jane Grace.

You can catch Desaparecidos live in Omaha on Sept. 10 with Joyce Manor. RSVP to the Waiting Room show here. And you can buy Payola here.