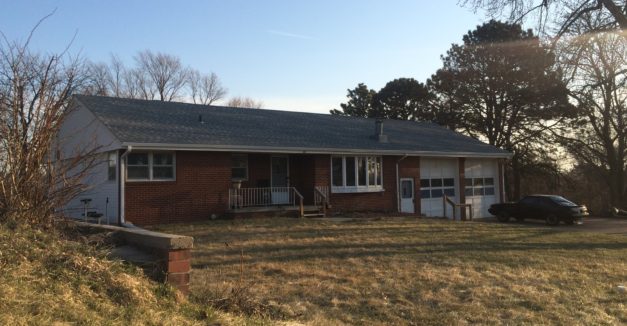 For an independent band, connections are as important its ability to rock an engaging set. Those looking to break into the club scene might have trouble without a proper in, which makes the DIY community — its spaces and bands alike — a haven for hardworking but nascent acts.

Omaha native Jordan Hiebner’s independent label We’re Trying Records exists to foster those connections, especially among “the little guy.” Now based out of Austin, Texas, Hiebner (a former Hear Nebraska intern) sought to bring that attitude back to his former town. What better place to gather independent, self-supporting touring bands from around the midwest than someone’s house?

Enter Lucy’s Pub, an established house show venue and the location of this weekend’s House Fest. The all-ages, drug and alcohol free event will showcase 30 bands from Lincoln, Omaha and the surrounding Midwest. Like many recent local shows, it will doubly serve as a fundraiser for a local community organization, chosen by a poll of its Facebook RSPVs (here).

While the house has been a steady spot for local and DIY touring acts since 2012, We’re Trying is starting to ramp up a programming schedule of its own. Its SXSW showcase happened yesterday (and included Nebraska’s See Through Dresses), kicking off a huge week that will result in Hiebner’s jetting to Omaha for House Fest. It’s an interesting pair of events when considering how commercialized the Austin venue has become while simultaneously viewed by some as an important nationwide summit or milestone.

House Fest is essentially its opposite: not-for-profit, absent of sponsors and wholly community-based.

“I think this [will] show you don’t need to go book a venue for $70-100 bucks a night and host a show to make it a big deal,” Hiebner says. “You can go into somebody’s house, get all these regional and local bands together for the hell of it and showcase it to people who actually care on a huge platform.”

The idea solidified after Hiebner contacted Super Ghost’s Jake Newbold about which Omaha house he could stuff as many bands into as possible. He has worked closely with the indie rock quartet, which is currently part of the label (and which a few weeks ago announced its dissolution this coming April).

Newbold — who also plays in Lulay, Thick Paint and his own solo project Jacob James Wilton — connected Hiebner with Omaha musician David McInnis. McInnis has lived at Lucy’s Pub for nearly three years (this May) and with his roommates has been booking and hosting shows with both locals and DIY touring bands. He also drums in Idlefox, Timecat (both of which are performing), Centerpiece and his solo project, Magoo. 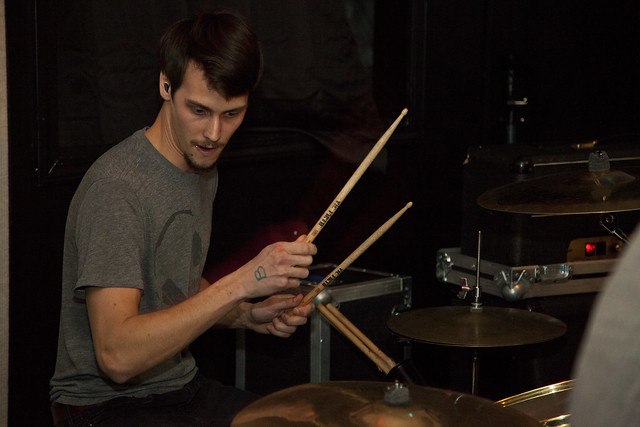 McInnis’ passion for the scene originated when he was 13, playing drums in young bands and taking influence from the Omaha scene around him. Through facilitating events that cater to a wider, and younger, audience, he hopes to pass that feeling along.

“It was impressive to me,” McInnis says. “It’s what got me charged up. The youth are the most important. At the end of the day, you gotta get more young people to shows.”

That looks likely, as House Fest includes a cast of youthful up-and-coming Nebraska acts, blending them with those Hiebner has connected with over the years. He says time spent with Silver Street Records, Sower Records and Hear Nebraska helped show him the value of networking (and not the kind that happens at business convention centers).

One of the goals of House Fest is to facilitate those new relationships.

“There’s a really good scene [in Omaha], there’s a ton of good DIY bands that you can pair with if you stop through and hopefully that encourages [regional bands] to stop through,” Hiebner says. “And those DIY bands in Omaha, [we want] to encourage them to network, make contacts and go play outside of Omaha.

While Hiebner has done most of the booking and marketing for House Fest, McInnis is responsible for logistics. That is, how to shuffle 30 bands in and out of a house full of in a day and a half. Saturday’s two-stage ping-pong format should help, but they admit it could be an adventure.

“We’ve always had an idea for this, having bigger than the standard three to five band bill, but maybe not of this magnitude,” McInnis says. “30 bands is definitely a lot. But I think the way it’s scheduled and the way the house is set up and the community that is frequent at the house will make it run smooth.”

One of those bands is St. Louis-based Lobby Boxer, which will headline Saturday night’s show and which played just two doors down from Lucy’s Pub in its last Omaha trip. The pop punk trio formed in 2013 and began touring last Spring. Along the way, drummer Max Sandza says DIY spaces like Lucy’s Pub have been integral to their ability to play away from home.

Like the House Fest organizers, Sandza believes DIY spaces are “extremely important” to local music scenes looking to grow. He recalls being a 16-year-old concertgoer intimidated by big venues. House shows promote a “sense of togetherness” that aids artistic expression.

“It’s much easier to connect with each other on a personal level when the “barrier” of a tall stage and big PA isn’t there,” Sandza says. “The DIY community really has a way of bringing people from all walks of life into the same space, and that’s something special.”

Speaking of community, House Fest organizers see dual purpose in their event, deciding from the outset that all proceeds would be donated. McInnis cites a run of recent DIY shows that have donated their profits to various charities, a trend strengthened in the midst of a volatile national political climate.

“There’s a lot of central issues that are coming to light,” McInnis says. “I think the DIY scene in particular is really charged up about a lot of issues and things that are happening in our country and around the world.”

In order to give agency to its potential audience, they created a poll based on suggested local beneficiaries and let the public vote on it. Out of a handful of choices, voters decided on Planned Parenthood. While McInnis recognizes the political polarization surrounding the healthcare organization, he still finds the value in supporting what he calls a “good cause.”

“It sends out a message that it’s bigger than just the music,” McInnis says. “That is my passion, but at the end of the day we have to take care of each other.”

At House Fest, taking care of each other also means helping introduce music to a younger audience, which is the idea behind keeping it drug and alcohol free. It opens the door to make the space safer, McInnis says. After all, if you’re not present for the music in a house crammed full of people who are?

“You’re just gonna be getting in the way.”