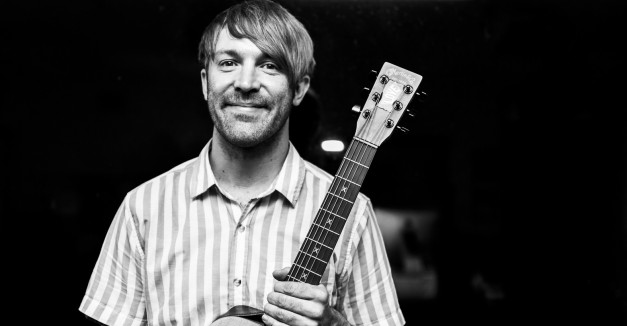 We’ve known for years now that Orion Walsh’s take on touring is more like a chosen life, not a series of trips or a mission with an endgame.

The most appropriate way to state his Lincoln connection might be to say that Walsh has significant roots here the last decade. He’s released albums here and played a multitude of shows, but his treks across continents and oceans probably resemble his homelife more closely than any apartment or house would. You’d know it from his work, too. Musings, celebrations and mournings of freedom and transience dot almost every instance of his songwriting, from 2008’s Tornado Lullabies to 2014’s The Tale of a Broken Compass.

Even if, as he told us in 2013, the youthful ideal of rambling has stiffened into a reality, his commitment to visiting and revisiting California, plus those to Germany and Europe, feels social and exertive.

And no Instagram photo or Facebook status gives quite as sensory a glimpse into his sojourns as Walsh’s new live album, Greetings From the Road. Released this summer, it’s 16 songs from Walsh’s tours, spanning the many rooms in which you might imagine him. It’s everything from the cacophonous Zoo Bar to a northern California tavern to a tiny, dry-sounding Euro living room, where the audience is so intimate with Walsh you can hear them in clear dialogue and banter.

The record’s packaging supports it all: a guitar case in Berlin, his big-bodied vintage acoustic propped on a parlor chair pre-house-show and Walsh himself on the front, standing before the ocean, arms outstretched on a pier that looks like the very edge of a world map.

This week, we welcomed Walsh back to Hear Nebraska FM. You can see him with his band, The Ramblin’ Hearts on Aug. 2 at Duffy’s Tavern with Old Salt Union. RSVP here.

Now, here’s Walsh performing a new and untitled song, plus audio of the 2012 favorite “In One Day.”