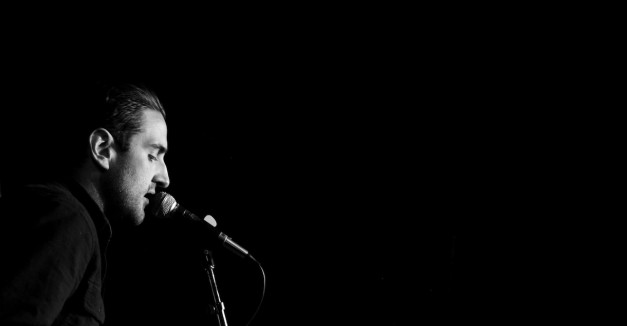 Sound out the syllables of oquoa — “oh-koh-uh” — and pull three different images from the minds of the only three people (for now) for whom the sound has any meaning.

Their visions are disjointed, different and that’s precisely the point for the brand new Omaha trio. The former pieces of Conduits and The Great American Desert toiled for months trying to think of a name for their new partnership. They eventually settled on a completely non-existent phrase that comments on the customs of band naming.

“Maybe at this point (oquoa) is just a reference to the whole process,” Holmquist says. “Coming up with a band name, in general, is kind of fake thing. It’s a surface-level process. You’re just picking it because long ago somebody said that a band has to have a name.”

But for Holmquist, who’s written and performed for the last four years in the folk project The Great American Desert (formerly South of Lincoln), selecting a name that doesn’t exist in any written language draws attention to the interpretation that defines much more than just a band’s name.

“You could think about the name the same way you think about how a listener would interpret a song,” Holmquist says. “What they’re left with is only what they hear right then and there and what that evokes.”

oquoa will make its first public appearance Friday at O’Leaver’s Pub with Twinsmith’s Matt Regner on bass. The seeds of this partnership with former Conduits members, Lewis and Idt, was the product of Holmquist’s enduring love for performance but a weariness for being the only set of hands on the wheel.

Two years ago, Holmquist moved from Lincoln to Omaha, in part to pursue his growing solo career. Initially, there was no deliberate move to start a band, but the vacuum of perspective that comes with writing and playing alone attracted Holmquist to other musical minds. As he settled into exploring the Omaha music scene, J.J. Idt was one of the first musicians Holmquist met.

“I started to feel a little stagnant about what I was doing,” Holmquist says. “To be honest, secretly, I think I just wanted some validation. I wanted to get someone’s opinion and someone’s ideas of what I could do, even if it was just a solo record and (they were) arranging some extra parts.”

During a year of interim writing not intended for The Great American Desert, it became apparent that writing for collaboration with Idt would diverge from the folk aesthetic. Holmquist bought an electric guitar and a rig and wrote until the songs began to take on a new body and identity.

“I felt like I wrote every folk song I could write,” Holmquist says and Idt is quick to point out that the spirit of folk music is inherently limited by its allegiances to tradition and certain melodies. “I just kind of felt like I wasn’t able to challenge myself anymore,” Holmquist continues. “That’s why I was so prepared for a change.”

“Some of the newer material, I was surprised by because it so drastically different,” Idt says.

To use Holmquist’s phrase, the songs had “marinated” thoroughly during the year’s time when Holmquist barely played live. So when veteran Omaha drummer Roger Lewis (Neva Dinova, Conduits, The Good Life) actually joined Holmquist and Idt in a room with instruments this past April, their spark was immediate.

“I’d been hearing about the project and the idea of (Max and J.J.) working together for a year at least, but it’s that whole thing of once you get me into a room: ‘Oh, I get it,’” Lewis says. “When you have a good batch of songs to work with, things just come together so effortlessly. I think the songs were realized really fast.”

The band made a habit of recording all their practice sessions and listening back afterward to observe where the songs were headed. When it took less than two months for the musical relationships to feel fully formed — which Idt attributes to the time Holmquist spent writing and expanding the songs on his own — they broke ground on an oquoa record. The tracking on the forthcoming album is nearly completed and the band estimates the recording can be expected late this year or next year.

To analyze what the record may sound like to an audience is only prediction at this point, but the trio estimates a healthy marriage between the lyrical distinctiveness of Holmquist’s songwriting and the instrumental ozone of a band like Conduits. They say they hope the listener is left with the option to either tune in and concentrate or step back into the spacial malleability of the music.

“A lot of the songs lend themselves to many different styles because there’s so much space in them,” Holmquist says. “I think (Roger and J.J.) did access a blank slate, a giant ball of clay or stone.”

And it’s not only space but simplicity that oquoa says is a key ingredient to the new work. Idt says he finds a technical freedom when a song’s structure is not distracting. Lewis says he prefers the minimalist musicality to aggressive timekeeping. Beyond that, they find simple music more evocative.

“I think that we’re all much more interesting in the play and relation between five or six simple parts that all play on each other and accent each other and how those things can really move a listener,” Holmquist says. “Just because you can (play intricately) doesn’t mean you should. I think there’s a whole lot of value in knowing how to do those things and then scaling it back.”

Having Idt and Lewis on hand controlling their own destiny instrumentally and articulating to Holmquist when to scale back has afforded the songwriter a kind of creative freedom he’s not used to: the welcome limitations of having other voices say “yes, no and maybe.”

“At first it was really hard; there’s this certain fear of ‘What if everybody finds out I’m not a musician?’” Holmquist says. “(As a solo artist) I had to figure out a way to write a song, take a step back and be critical of it in a constructive way. When you play by yourself for so long, you’re not sure if what you’re doing is good. You’re kind of stabbing around in the dark hoping that it’s working.”

Friday at O’Leaver’s will be very far from Lewis’ first time out with a new band, but he says each debut offers a new kind of buzz and personal affirmation.

Holmquist recalls the feeling of stepping out with his high school band — the last time he was accountable as an onstage performer to someone besides himself — and he says his anticipation for oquoa is similar. Even if he’s playing with a pair of Omaha’s most established musicians and not high school pals, the movement from teen band to solo work and into oquoa is part of a trajectory Holmquist identifies as running through his entire life.

“It’s a monumental thing to me,” he says. “I’ve been working toward this for a long time. It’s high school graduation, college graduation. It shadows those things to me.

“I feel like it’s two days out from Christmas and I’m seven years old and really hoping that Santa brings that big thing. I can’t sleep.”