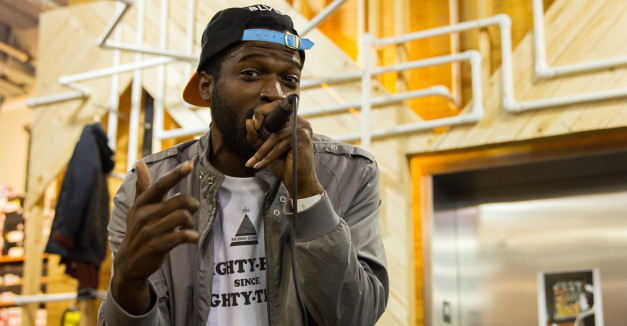 Op2mus — a.k.a. Marcey Yates — was only able to give a short performance, as the show began late. However, what he lacked in set-time he made up for in intensity, packing six songs into the last 20 minutes of the show. His son, Grayson, was in the audience, and on more than one occasion Yates stopped by him and tussled his hat. At the end of the set, an instrumental track began, and Op2mus called rapper Scky Rei (from BOTH) out of the audience to freestyle on the track with him.

Next, AZP delivered an acoustic set, which was an interestingly softer variation on their usual high-intensity sound. AZP’s drummer, Trey Shotkoske, was recovering from a back injury and wasn’t able to make it. However, the band assured everyone that he would be on stage tonight, when AZP is playing at Sokol Auditorium with Matt + Kim. At Urban Outfitters, keyboardist/singer Zach Watkins ripped into the audience with a huge vocal range, while Ishma Valenti delivered high-energy raps that showcased the group’s affinity for social consciousness. As is one of its trademarks, the group encouraged audience members to hold up peace-signs throughout the set.

“Everywhere we go, everyone we influence, we always love to do one thing … We love to spread our message. And that message is peace,” Valenti said. 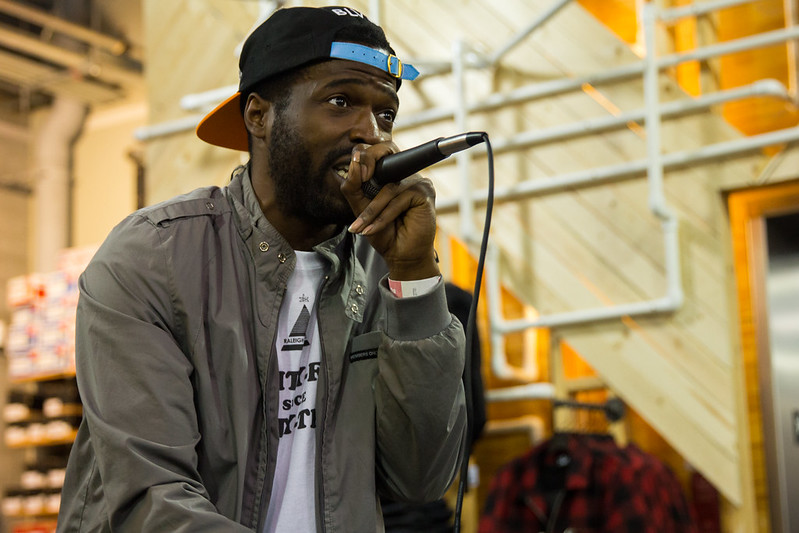 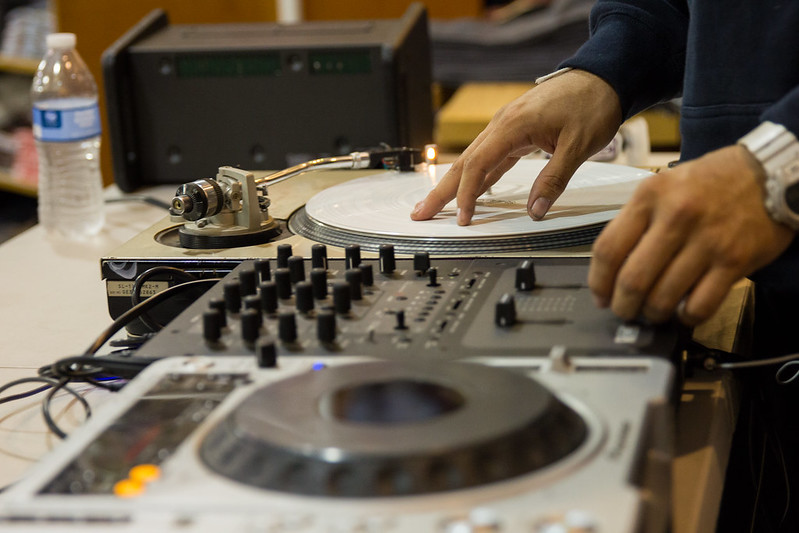 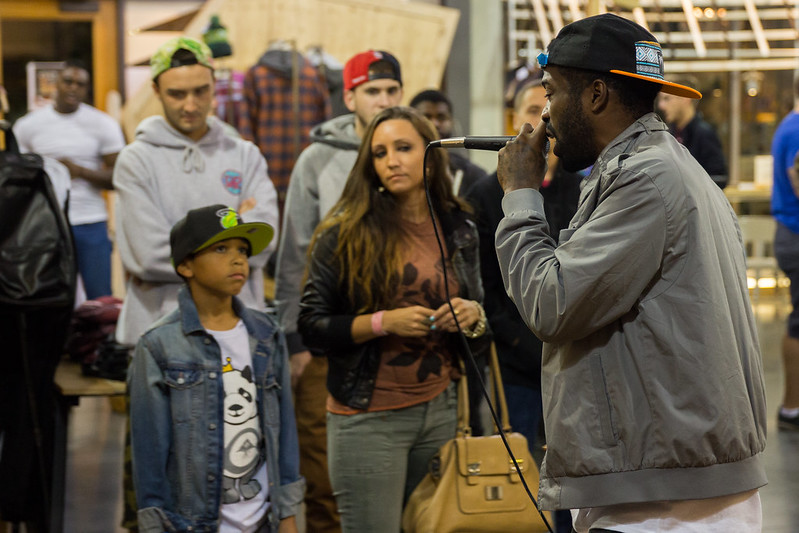 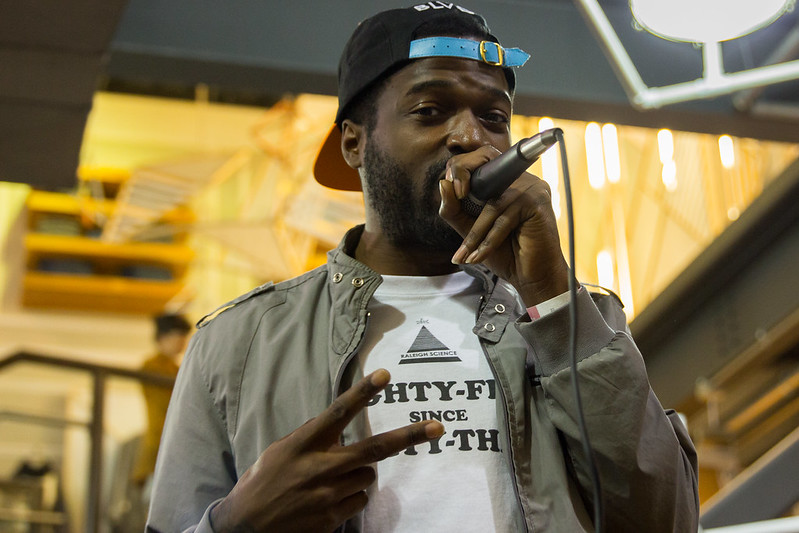 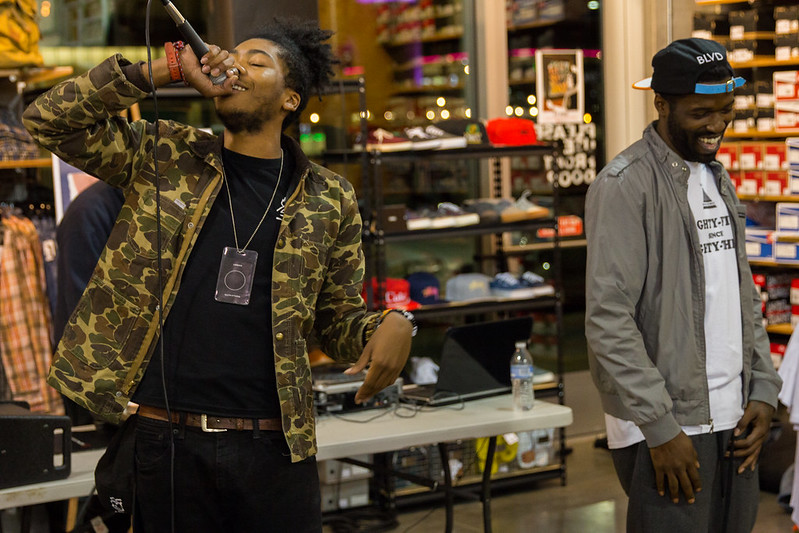 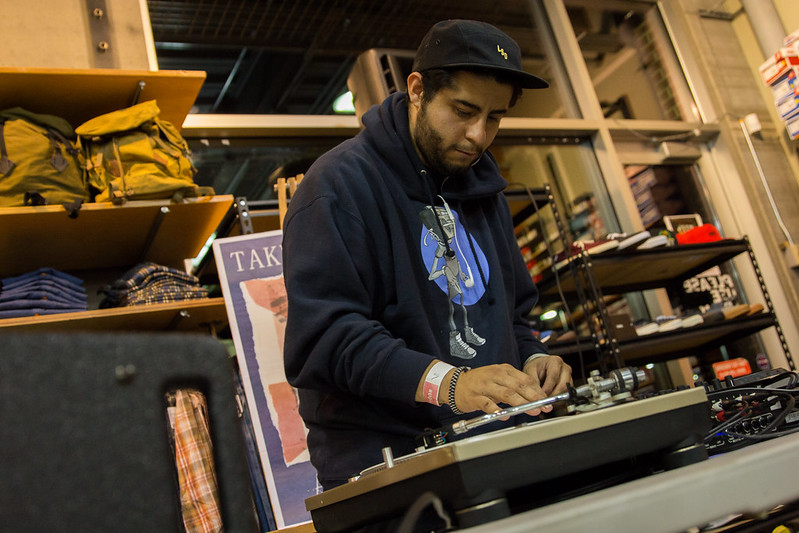 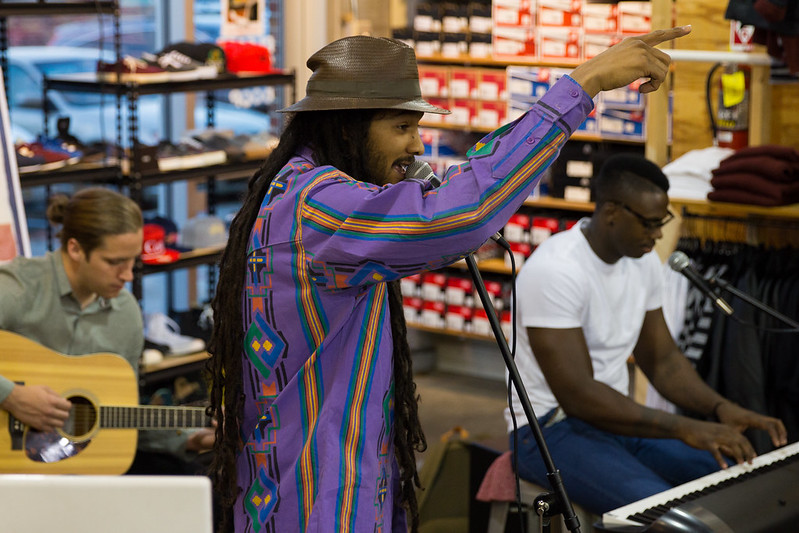 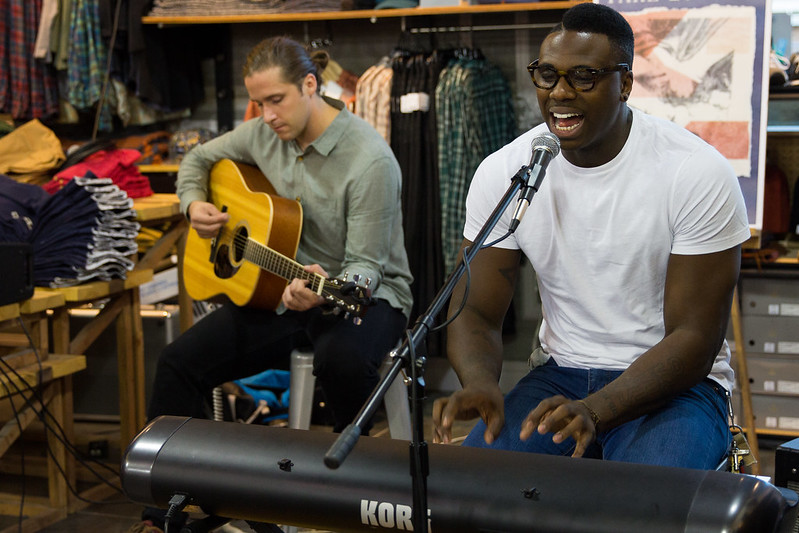 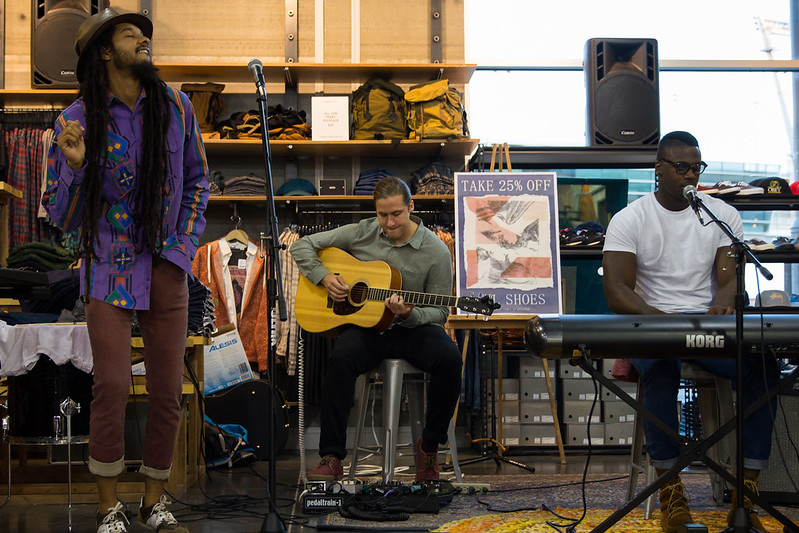 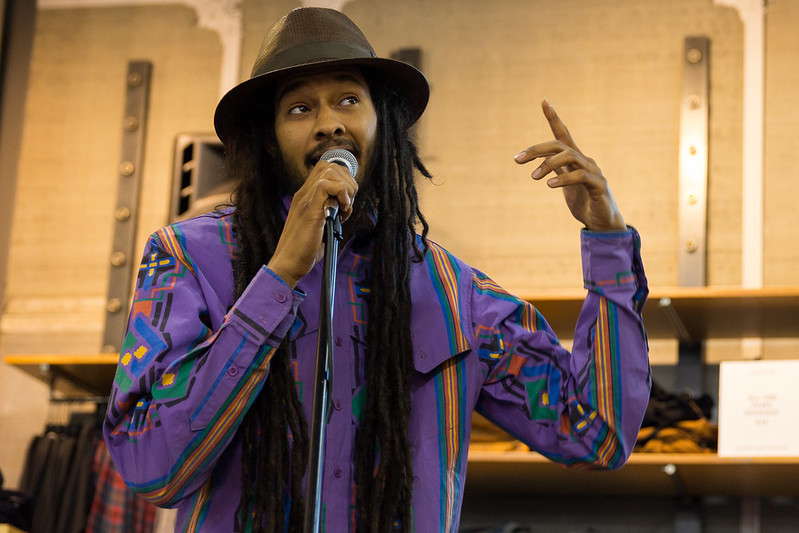 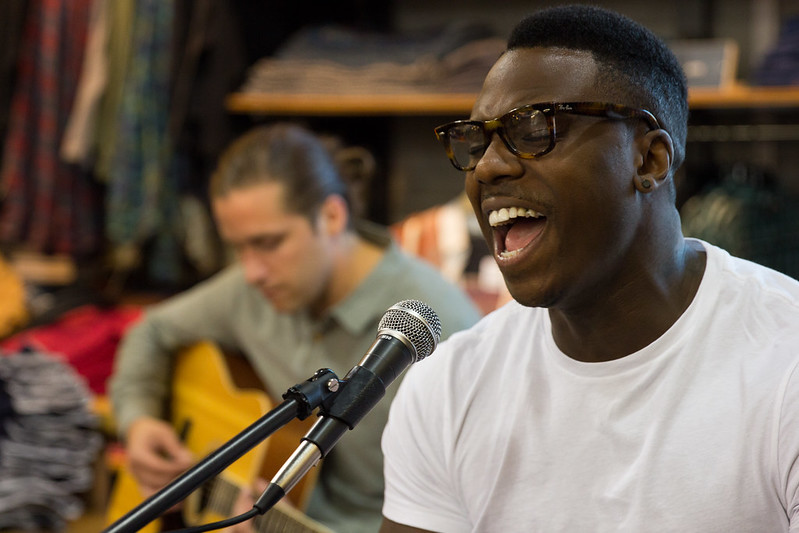 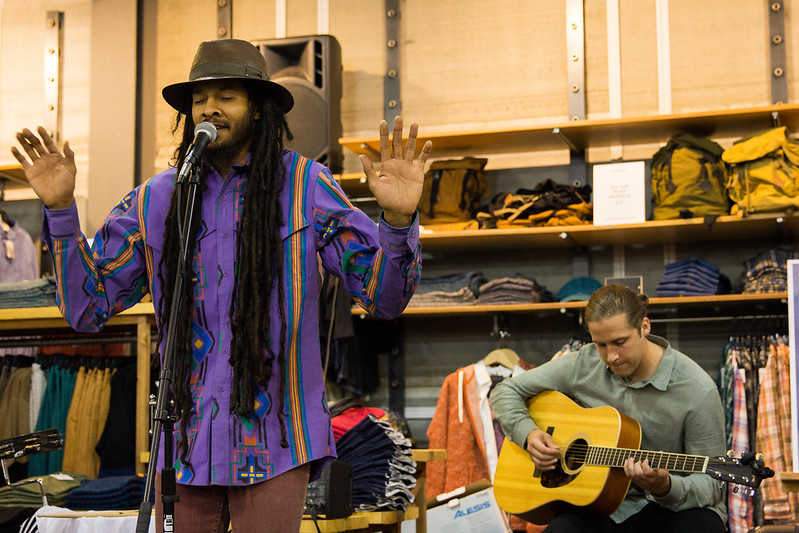