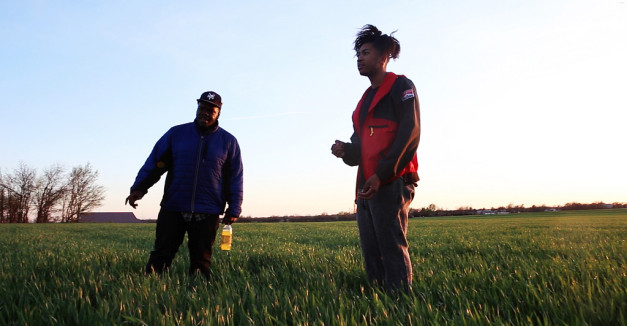 Picture sitting in the center of a three-row van, barreling south toward its weekend live music destination. The vast open road before you is daunting, seemingly endless, but your companions are enthusiatic and hilarious, so you endure. In the front seat, Scky Rei leans back and cracks a joke, causing himself the most laughter. Beside you, Nate Asad (aka INFNTLP) shields his pizza from your prying eyes. I-35 mile markers fly by.

Both’s notoriety has continued expand over the last several months following its critically-acclaimed summer release Bothsucks EP. Recently, the duo rose to the challenge of entertaining more than 6,000 fans opening for Flo Rida at the University of Nebraska-Omaha.

As on might expext, the quirky, energetic hip-hop duo is as charismatic and charming in close quarters as it is to watch onstage. As Both traveled to its first SXSW, we were there to document the antics — from gas station cap guns to rooftop performances to impromptu freestyles. Follow along below as we go inside cross-country life on the road: