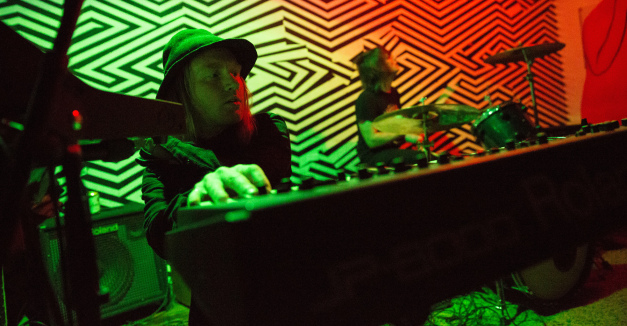 In coats and hats, a crowd gradually gathered  inside Benson’s Sweatshop Gallery last night, many toting six-packs of beer.

Then, racing tempos and flying hair filled the Sweatshop, as Memphis band NOTS pulsed through their set list. A violent squall of in-your-face punk rock, the band was clearly more at home in a house show-esque setting than on a big stage. The small, darkly-lit room created an intimate environment for the performance, and no one seemed to mind the narrow distance between the band and the audience, least of all frontwoman Natalie Hoffman (of Ex-Cult).

She thrashed around with her guitar, leaning against onlookers and laying on the floor while she played. During their final song, Hoffman was moving with enough force that she accidentally disconnected her cable from her guitar. She responded by banging it on the ground a few times before flinging herself onto the drumset, concluding their show for the evening.

Coaxed donned their instruments around 10 p.m., with an upbeat punk style that was prone to sudden bursts of speed. Their higher tempos contrasted sharply with quarter-note breakdowns, augmented by bass rhythms and percussion fills that hit with enough force to threaten tearing the drum heads.

The crowd was largest during Digital Leather, Omaha’s lo-fi synth-heavy punk outfit. Showcasing some of their more popular songs, such as “Styrofoam” and “Lately,” the group head-banged its way through each of their songs, building the crowd until several audience members were leaning in and shouting lyrics along with frontman Shawn Foree.

“Just clip my vocals. Clip em’. It doesn’t matter,” said Foree as he donned a black wig during his mic check, “Just turn me up real fucking loud.” 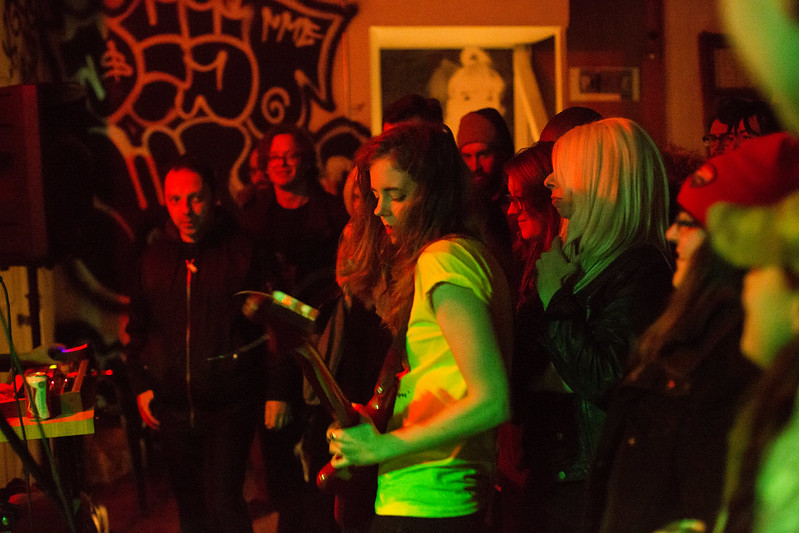 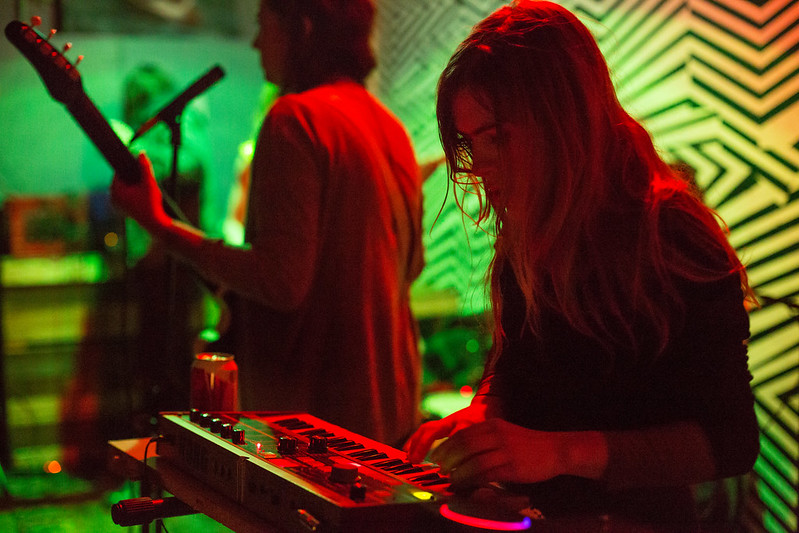 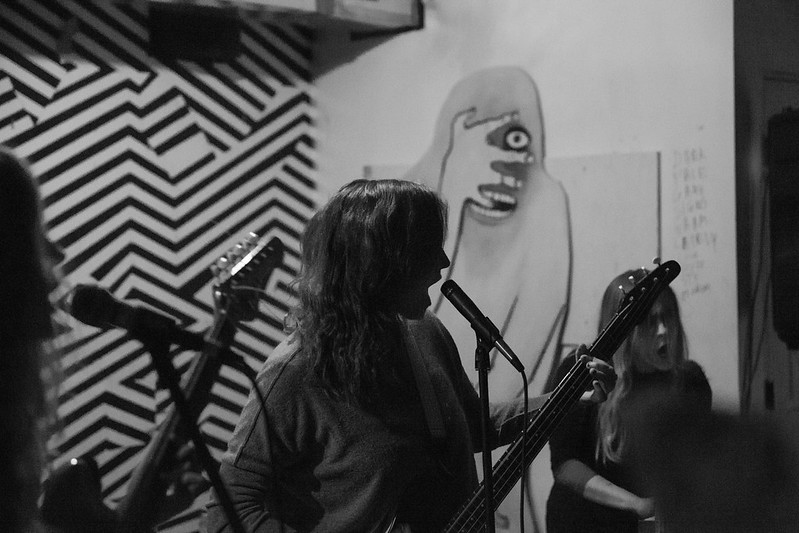 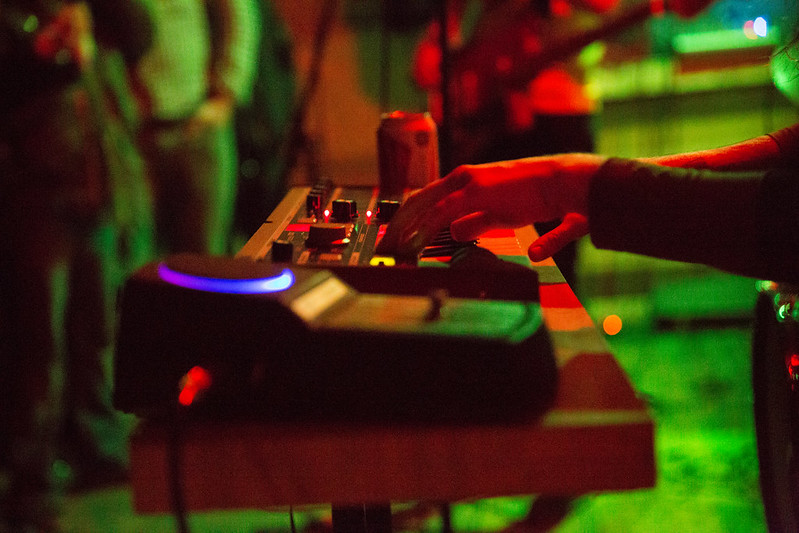 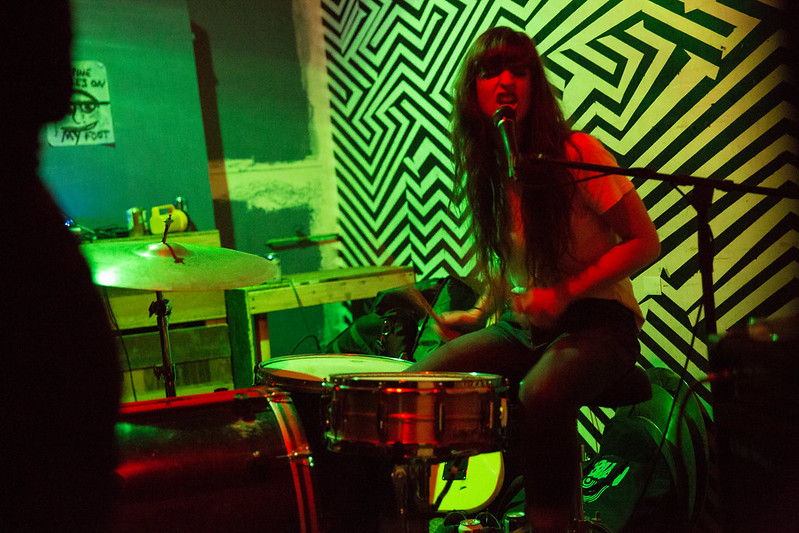 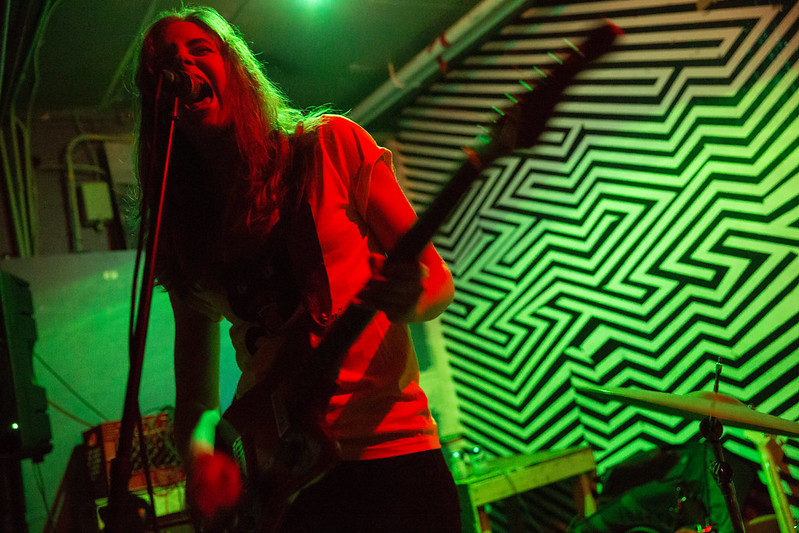 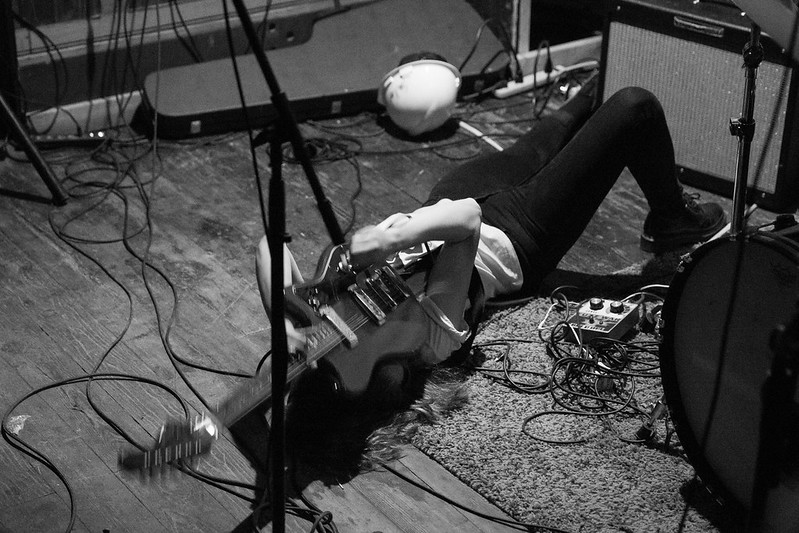 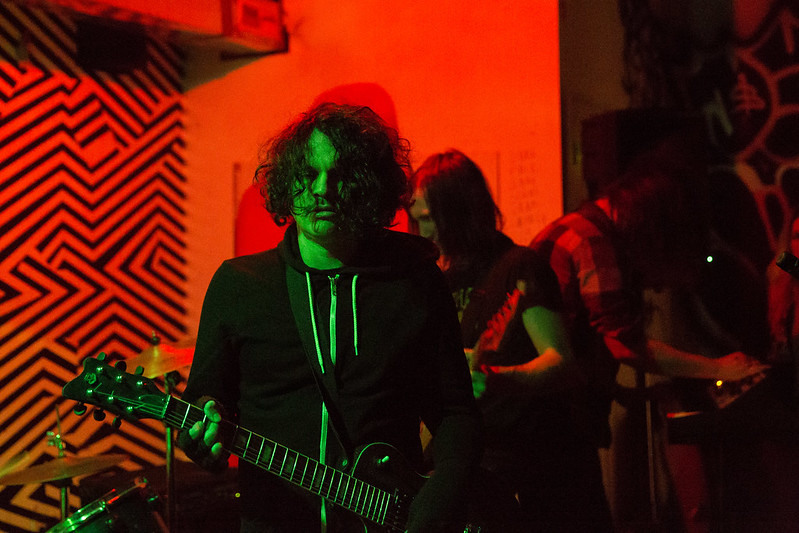 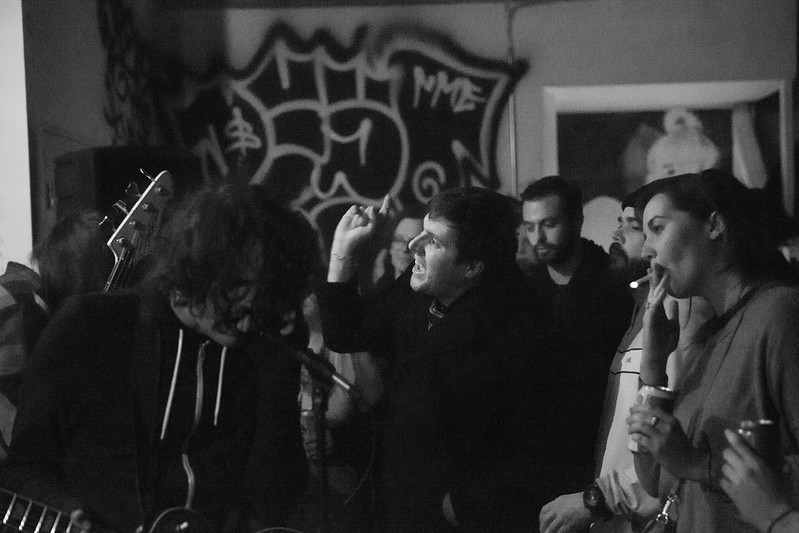 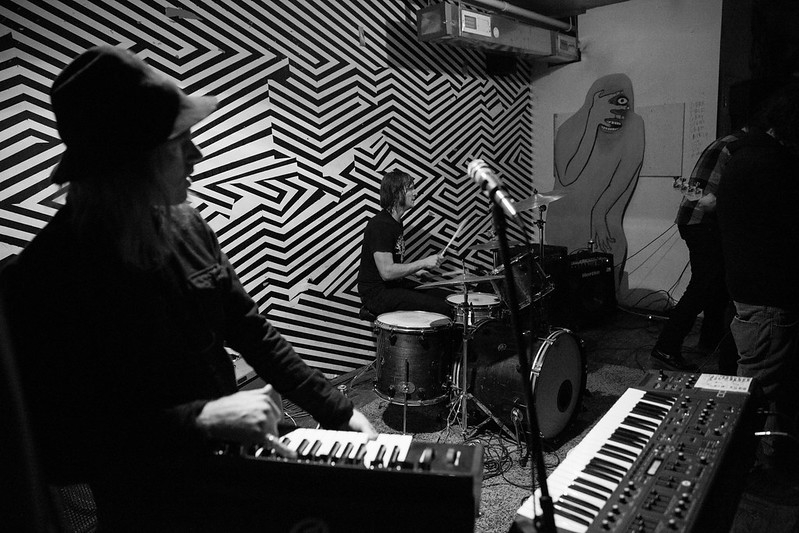 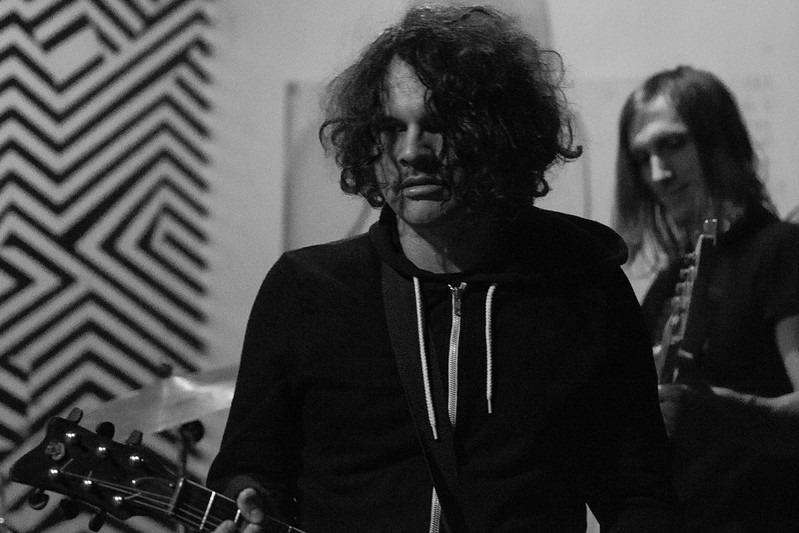 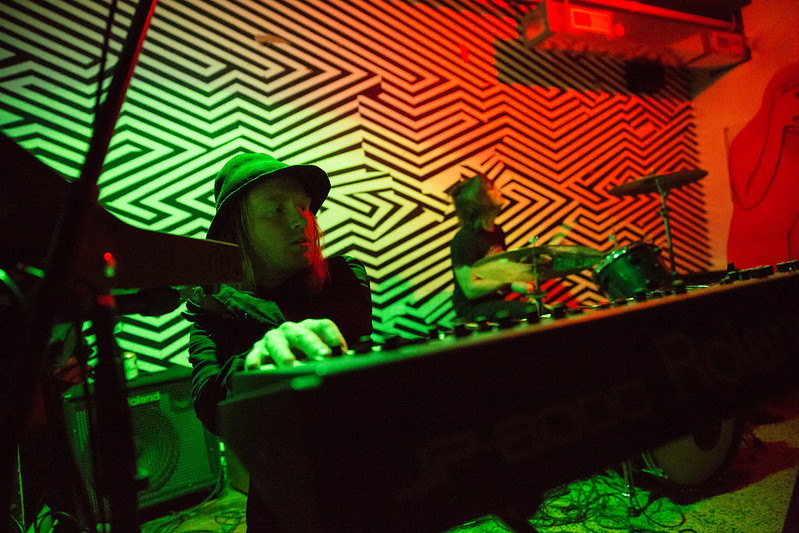 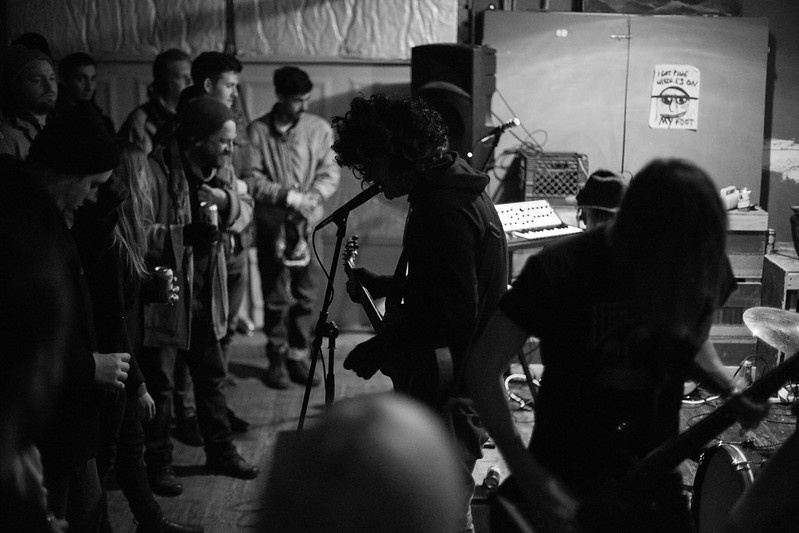 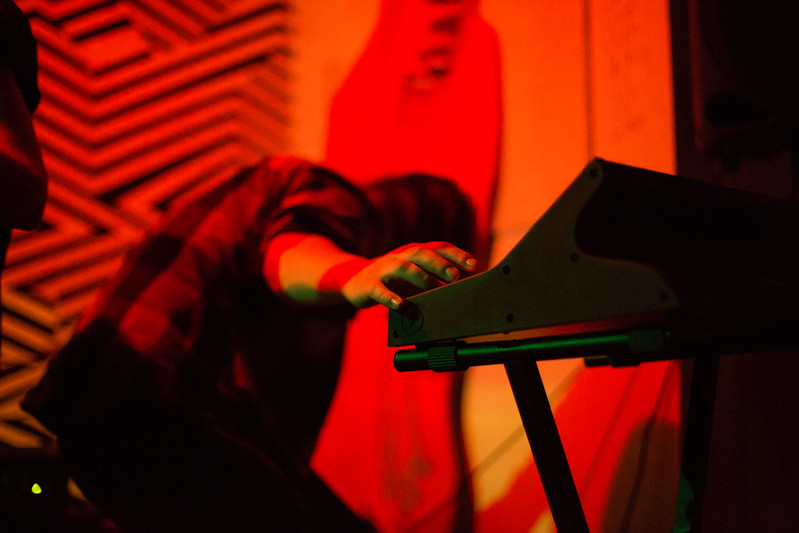 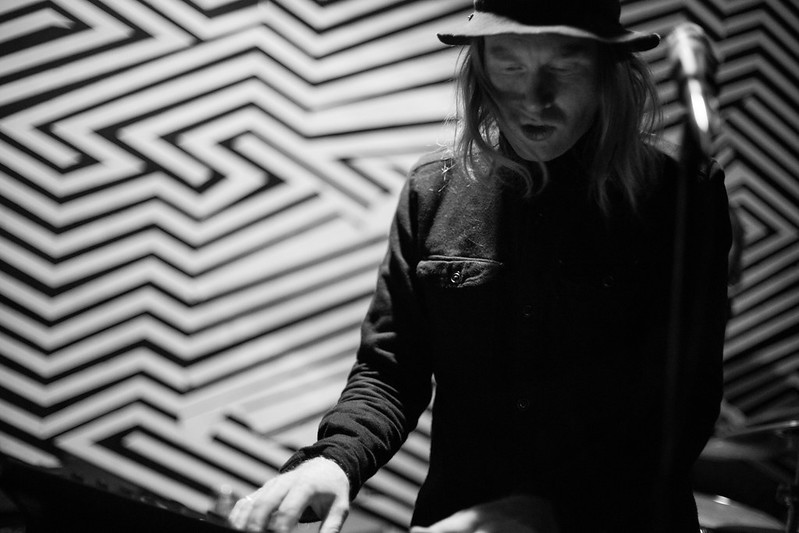 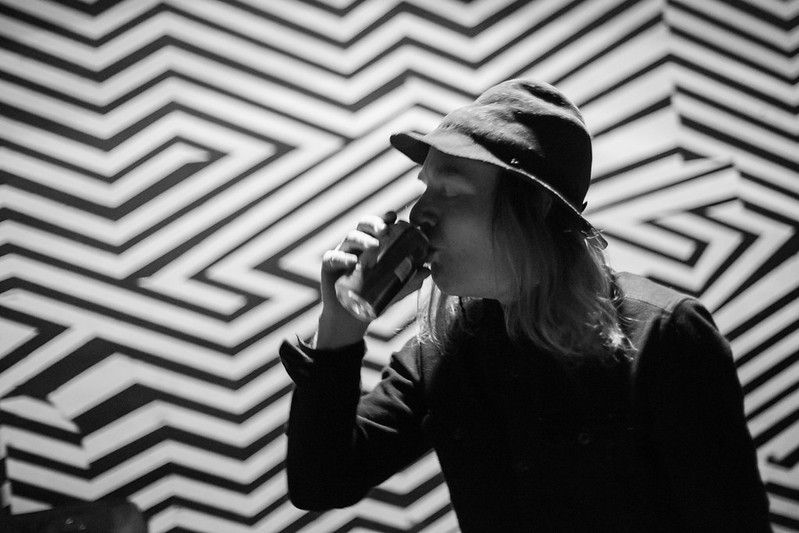 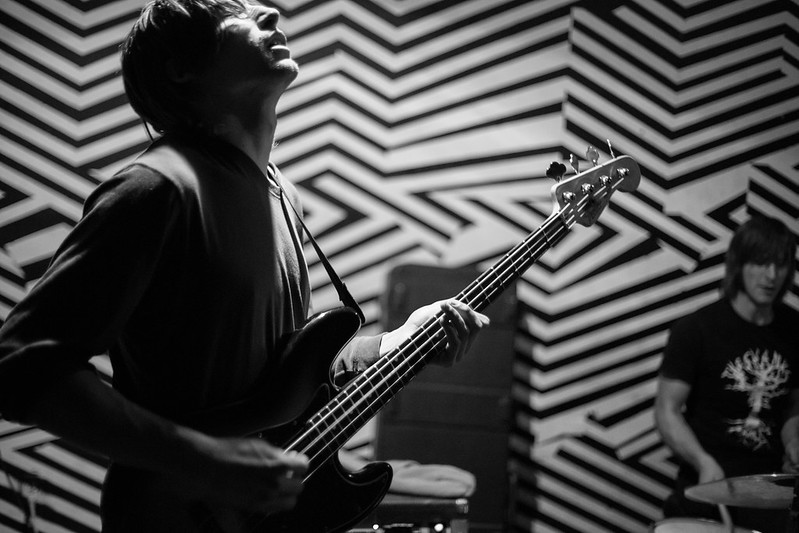 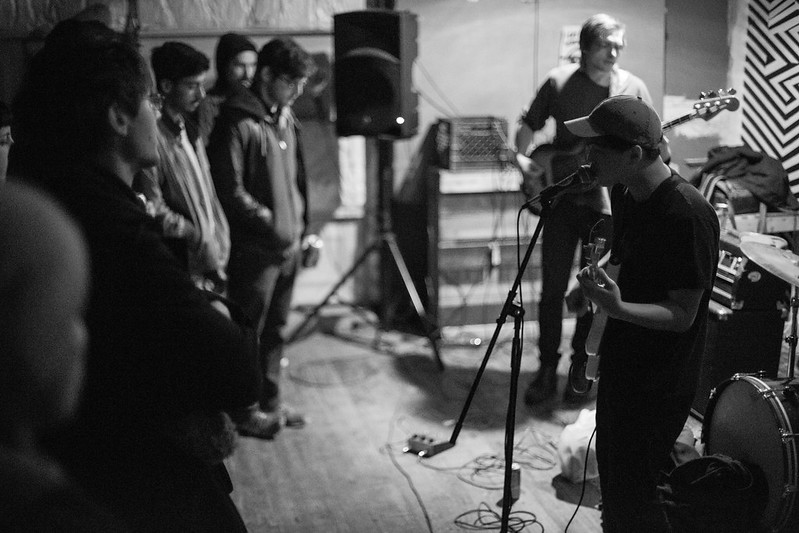 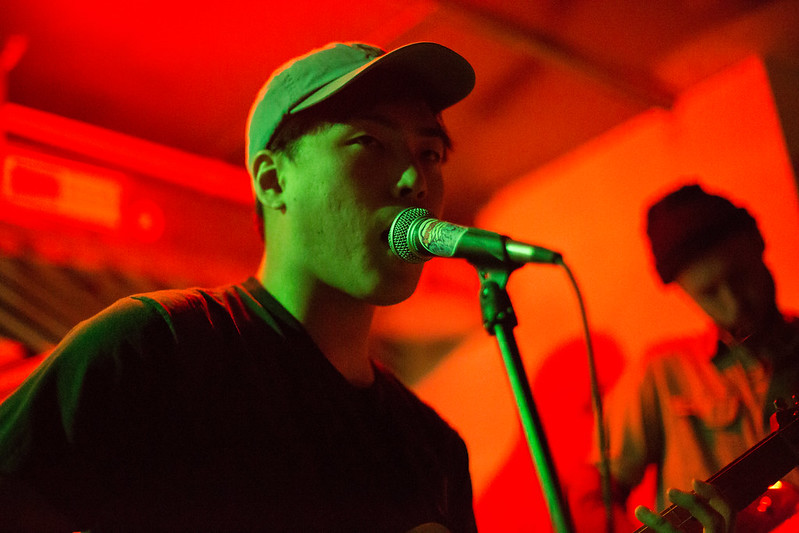 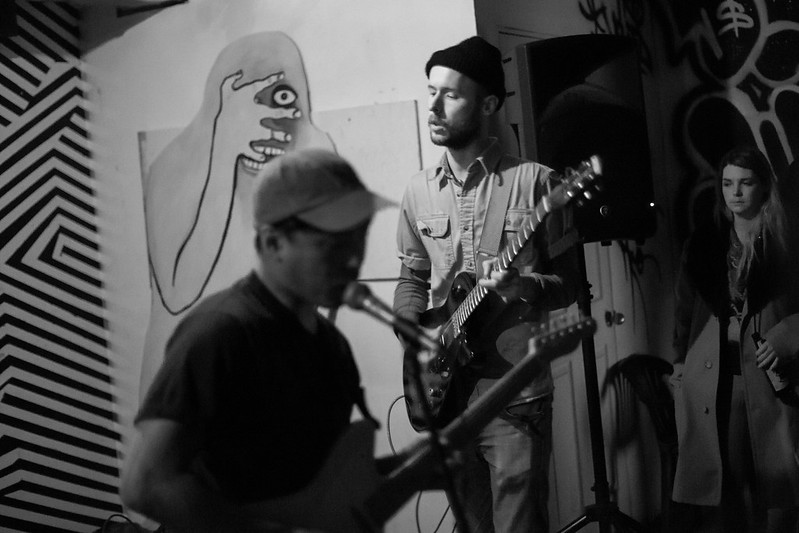 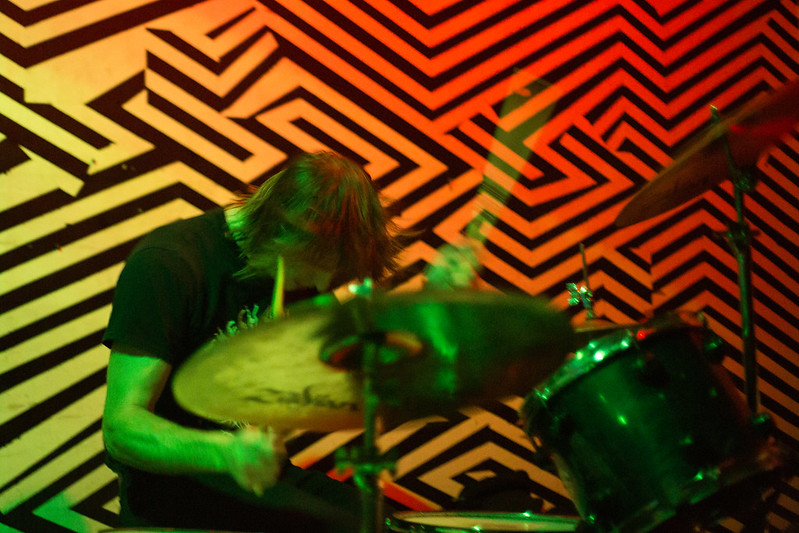