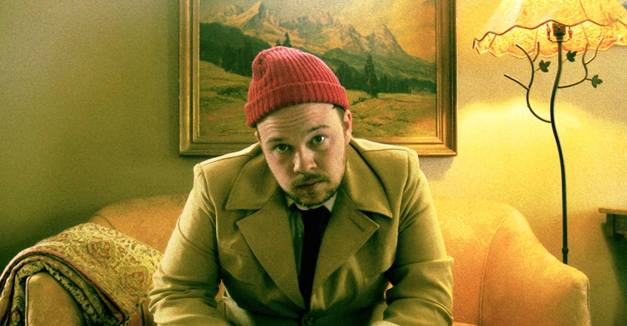 To make no judgment on personal character, it might say something about Sam Martin’s public writing voice that he was metaphorically cast as Satan in Nik Fackler’s 2013 feature film, Sick Birds Die Easy.

For years the clever, funny, destitute-sounding frontman of Omaha’s Capgun Coup, Martin’s songs were beloved by many with a deceptively apathetic lyrical style and presence that covered any points of vulnerability in irony armor. Ultimately, in Martin’s own estimation, there was a limit to songs that shrugged at truths, shrugged at you.

Martin’s new solo record, A Notion In An Ocean — out today on Make Believe Recordings — is something else. Now, this isn’t to divide it totally from Capgun Coup; the love of lo-fi sizzling and lyrical daggers is still there. What’s more, A Notion In An Ocean is hardly Martin’s work screaming to the world atop synth pop and stadium choruses that it’s ready to be loved.

But the album does mark a maturation in melodic expertise and lyrical tone that sees Martin dabbling in the old timiest of Appalachian folk — among many other genres — reupholstered with 2014 concerns. This eclectic, intelligent collection of songs isn’t touting its own certainty, just admitting, for perhaps the first time, there’s some joy to be had in small confession. Even if that confession is: “Let’s talk. I’m pretty unsure in these times, too.”

[Correction: We say in the podcast that Trite Monsters has 16 tracks. It’s 18.]