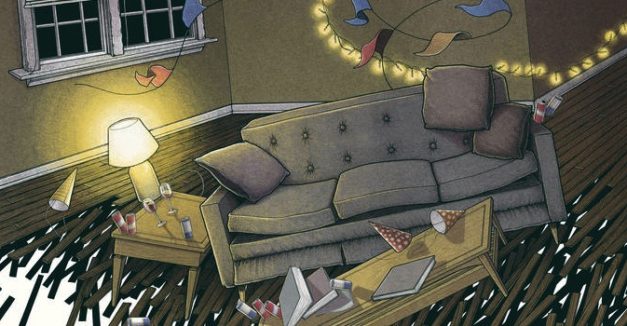 Tim Kasher’s new solo album, No Resolution, is not for the faint of heart. For one, it’s liable to break a sensitive spirit. On his third solo record, the Cursive/The Good Life frontman (an Omaha luminary who now lives in Los Angeles) charts the disintegration of a longterm relationship between two characters. True to the title, there are no easy answers. Who can say what did them in other than time obscuring their love, confusing their hearts and grinding them down?

But it’s also a tough record for the initiated listener — serious, verbose, dense. For my money, the best moments are orchestral cues 45 minutes deep into the heartache. As such, it’s a record that ought to be fascinating for people already along for the two-decade ride of Kasher’s tragic concept albums. If not a masterwork in freshness or accessibility, the level of ambition is supreme. The songs here — which soundtrack Kasher’s feature film of the same name: still awaiting wide release — could easily be staged as their own piece of musical theater. The narrative is complete with a scene-setting number, a bantering dialogue, an all-out spiral, wistful reflections, and towering chamber-rock arias that work as both climaxes and anti-climaxes.

On today’s episode of HN’s album review podcast, we unpack a plot that’s focused in space but unbound through time, assess Kasher’s brilliance with string compositions, and speculate as to who influences the cinema-interested songwriter at this stage of his career.

Recently, our On The Record podcast duo has reviewed albums by Conny Franko, Conor Oberst, Kait Berreckman and a double-album episode featuring releases by John Friedel and Bus Gus. Hear them all via our Soundcloud playlist below: