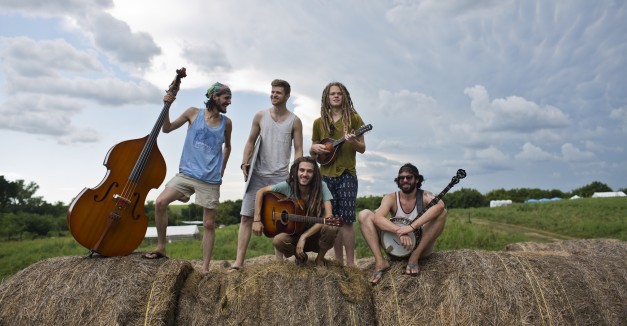 Even with its roots in the Chicago area, The Way Down Wanderers is no stranger to the rural busk.

In barely more than a year together, the group not only has a soulful, swashbuckling sound, but a performance calling card. The fast-rising, fast-paced modern folk fivesome has made a name for itself with offstage, unplugged encores and what the band calls “reststomps” — free acoustic sets at truck stops and lavatory facilities on roads between tour stops.

No surprise, then, that the guys appear right at home on the outskirts of Branched Oak Farm, near the land cut for the Nebraska Folk & Roots festival on which it would later give forth. “No Breaking Now” is an ode to wanderlust befitting of the band’s name and runaway pace, and a reminder to make one’s own of what the wind brings.

Now, here’s The Way Down Wanderers with “No Breaking Now,” performed in the muggy afternoon before their Folk & Roots stage set.

Way Down Wanderers | No Breaking Now from Hear Nebraska on Vimeo.