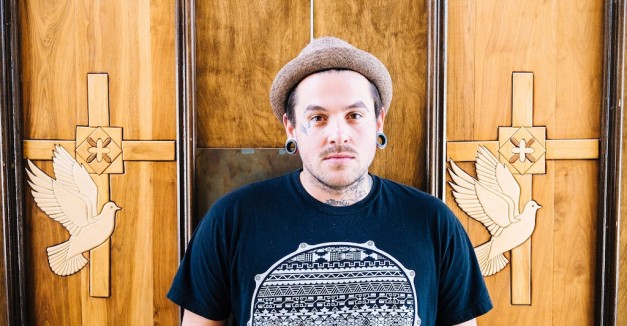 In February 2011, just days before his life collapsed, Nick Rich and his wife came to live at his father-in-law’s lake house in Ogallala, Neb. He needed to get out of Las Vegas, out of the rockstar lifestyle that had gripped him like a fog.

He had known about his addiction since his arrival in Sin City. He would regularly drink to excess, shedding friends like snakeskin. He sold his musical equipment for heroin, trying to stave off withdrawal long enough to perform onstage.

A father of three at the time, he felt his life slipping away. So he fled to the town of 4,600 on Nebraska’s western stretch of I-80, a place seemingly devoid of the temptations that plagued him, and a place where he and his wife had a familial connection.

Instead of finding a way out, he hit rock bottom. Within 10 days of arrival, Rich had landed in jail on fraud charges. He had stolen and used someone else’s credit card. For the first time in his life, at age 25, he was in actual trouble.

While inside Keith County Jail, his life’s deus ex machina arrived in the form of pastor JP Johnson. Johnson told Rich that he was unclear why, but felt compelled to visit that day.

“He was kind of like my bridge to this church,” Rich says. “I accepted Christ right there in my jail cell.”

Nick Rich sits behind the desk of his basement office at Ogallala’s New Hope Church. It’s just after 2 p.m. on what was supposed to be his day off, but he’s finishing one meeting and has another scheduled in 30 minutes. Days off don’t really exist when you’re the worship director and youth leader at a small town community church. From one-on-ones and group practices with members of the worship band to community outreach efforts, Rich is essentially always on the clock.

So instead of relaxing, he’s in the office, curating and writing music for this week’s service. Behind him on the whiteboard are various quotes, psalms, and maybe bits of lyrics he’s working with. The common theme is struggle. For instance, “Blessed is the man who remains steadfast under trial.” 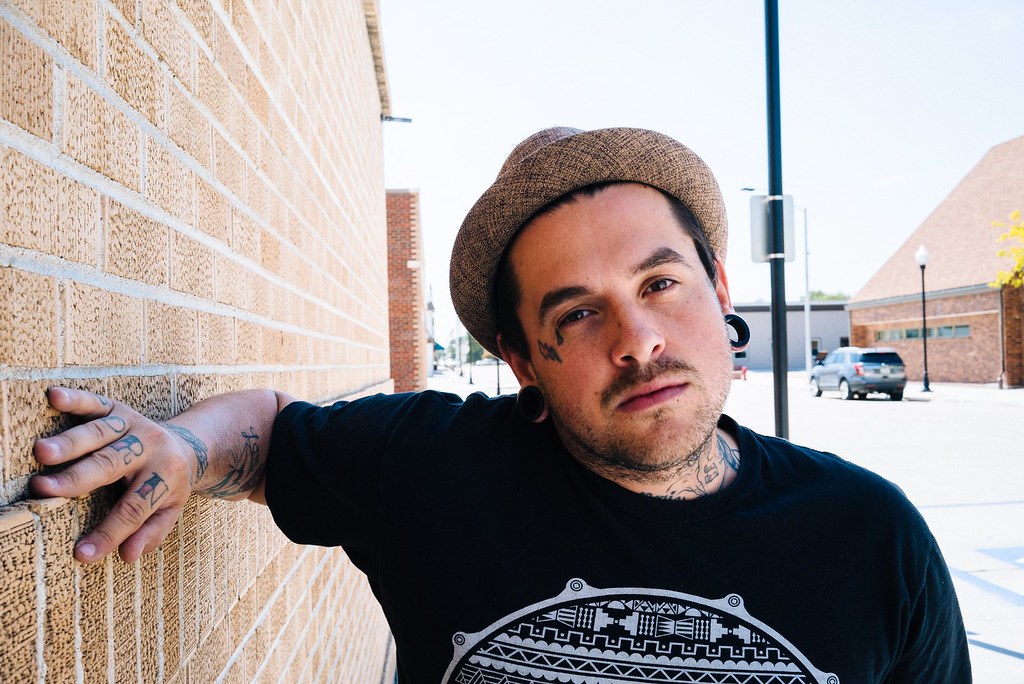 A Palm Springs, Calif., native, Rich was a Zildjian-sponsored pro at 13. He followed in the footsteps of his grandfather — legendary jazz percussionist Buddy Rich — drumming for acts like Ray Jay, Otherwise and Falling In Reverse. He was featured in drum magazines and earned endorsements. At his peak, he’d perform for presidents at Las Vegas hotel openings and at major drum exhibitions, alongside giants such as his godfather, Rush’s Neil Pert.

But the hard-touring, rockstar lifestyle has a tendency to consume its subscribers. While living in Las Vegas, the partying and drug use took its toll. After numerous band interventions and failed rehab stints, he had to get out.

“I was living a lie at some level because I was still playing cool gigs … but I’m having to do drugs just to feel physically OK to play a show,” Rich says.

Thus began the road to the bottom and back. After leaving jail, Rich successfully completed a six-month rehab session in Las Vegas before returning home to Ogallala. He began volunteering his time at New Hope, doing whatever he could to plug into the church.

In 2014, he was still touring — now with Chicago industrial rock outfit The Beginning — and enjoying a comfortable lifestyle. Yet despite never really being a Christian, he said he a voice was constantly nagging at him to devote his musical talent to the church.

When he decided to make the leap that autumn, Rich aspired to lead the worship band. The problem was that his duties — writing music, teaching others in the band — required him to play guitar. A drummer since 18 months old, he had never even picked one up.

“It always seemed like a foreign language to me,” Rich says.

Surprisingly, even to him, the first song materialized after just three weeks. Two months later, he had written six original songs to present to church leaders, attempting to demonstrate his seriousness. He felt pressure to prove himself, and felt skepticism from some community members due to his colorful past and tatted-and-pierced appearance. But he stayed involved with service and worship band.

“He comes from a totally foreign culture to western Nebraska,” says New Hope senior pastor Eric Wait. “His wife is a tattoo artist and Nick has tattoos all over him. That kind of thing speaks loudly to a lot of people. Nick had to demonstrate that he serves God and serves people.” 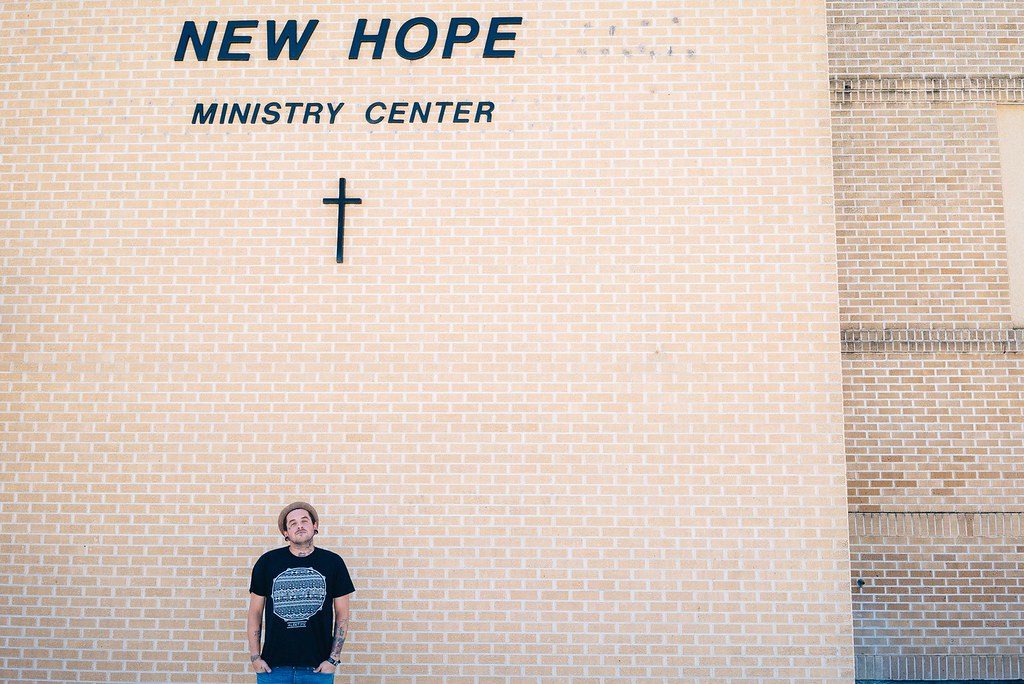 His perseverance soon paid off. In January 2015, while on a volunteer service trip to Poland, a church committee voted him into a part-time position. As his skills progressed, he became more comfort leading by example, an integral part of the worship band. When a full-time position became available in April, Rich took the reins.

“He stepped into a difficult situation and created unity and teamwork,” Wait says. “There was strife among people in the praise team, and he was able to work through that.”

As he recounts committing to the church, a hint of confusion and doubt creeps into Rich’s voice. It’s understandable. Ge traded what was practically his entire livelihood — drugs, money, women, fame — for something completely unfamiliar. As well as it’s seemingly gone, the decision still seems to baffle him.

Rich now sits at the former desk of JP Johnson, the man who reached down to him at his lowest point and hoisted him up. He follows in those same footsteps, visiting prisoners, spreading the Gospel and using his experience to encourage them.

“It’s very humbling, because all these people I talk to today, they’re right where I was on the other side of the desk,” Rich says. “It’s a heavy responsibility, but I try to never take it for granted.”

And he leads the worship band each week, using his passion and musicianship to craft a service that he feels honors God and uplifts the community. He seems to relish it now, as a biblical verse from the book of James implores on the whiteboard over his shoulder: “Count it all joy, my brothers, when you meet trials of various kinds, for you know that the testing of your faith produces steadfastness.”

“I truly feel like I’m doing what I was created to do,” Rich says. “I was constantly trying to find other joys, but I’m doing my purpose now.”