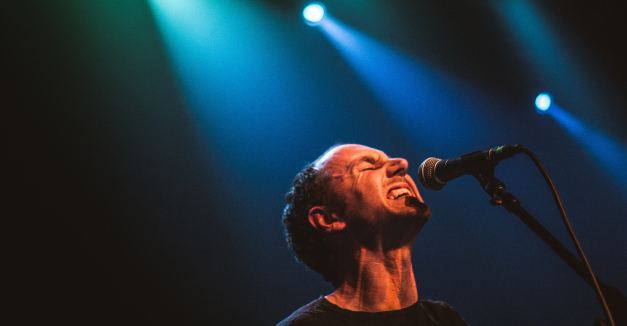 The first time Neva Dinova frontman Jake Bellows stepped to the microphone last night at Slowdown and said “OK,” it was tentative. It was a man accepting his fate, a child reaching the top of the high-dive for the first time and realizing there is only one way down now — “OK, we are going to do this.”

Last night, that high-dive was Neva Dinova’s first show in six years. The Slowdown crowd was a buzzing group of nearly all ages, many perhaps more eager to see if the band would pull off a perfect dive than appreciate the fact that the diving existed. 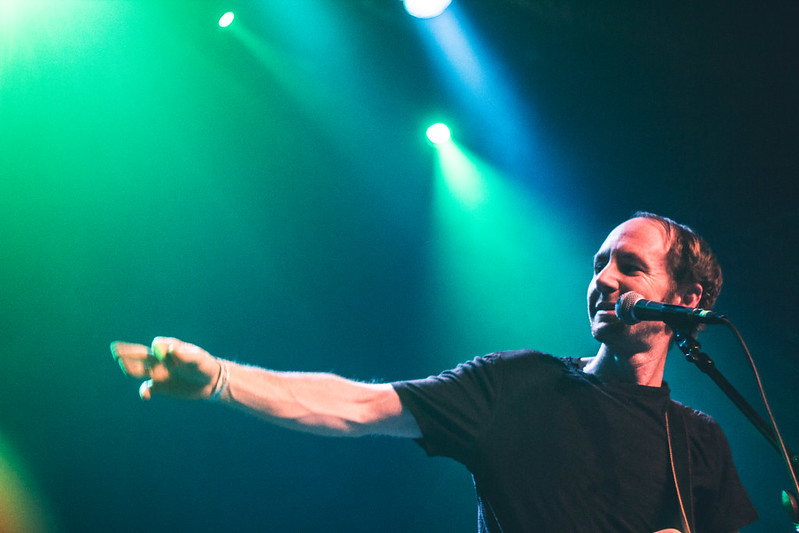 Hip-hop duo Both opened the show and, like in November when the pair played with Desaparecidos and Digital Leather at The Waiting Room, they were high-energy goofy, and at times genuinely moving, even for a casually interested crowd. If Both continues appearing on high-demand bills like this, it might be worth it for them to upgrade from single microphone and MIDI controller to something more engaging. In March, the pair played a Love Drunk session with a full band, for instance. That setup would have been more arresting last night. 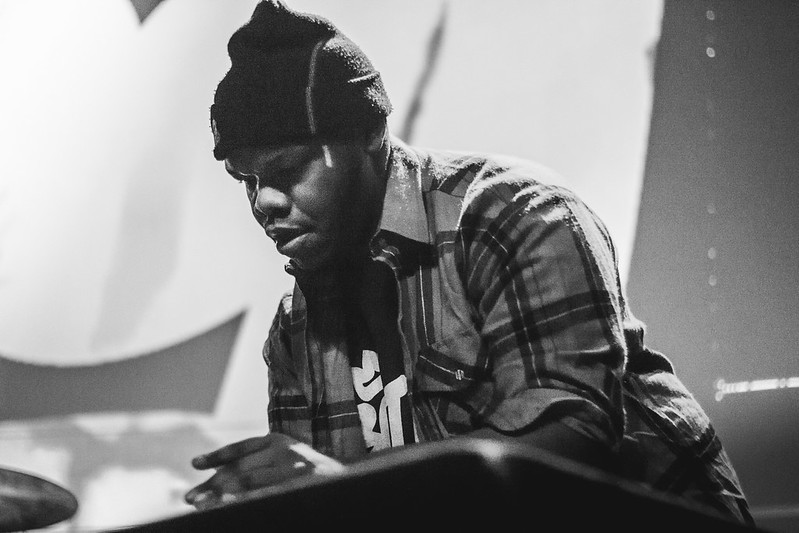 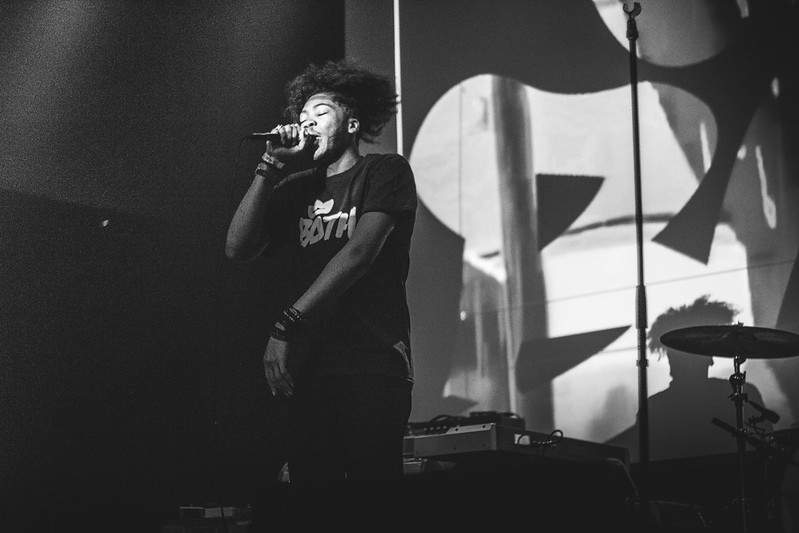 Outlaw Con Bandana followed. For the uninitiated, Brendan Hagberg and Pearl Boyd may have seemed like a pleasant surprise at an open mic night. Some non-descript-looking guy with a guitar propped on his knee becomes Outlaw Con Bandana, the Omaha cult hit. For the initiated, it was another Outlaw Con Bandana show, occurring sparsely and with no real pattern of motivation, Hagberg told us earlier this month.

And it was pretty clear who the initiated were — an older crowd of longtime fans and a peppering of Hagberg’s musical peers.

Hagberg’s stripped-down folk made a huge, packed room seem like a low-ceilinged dive bar. There was a certain despondency in the air around Outlaw’s set last night and it’s hard to tell who started it. First of all, Hagberg wrote songs that, especially lacking any semblance of full-band instrumentation, are far from joyful. But beneath that, there’s a feeling among avid Outlaw Con Bandana fans that this guy could have made it bigger than Omaha, have a name at least as recognizable as Simon Joyner’s. 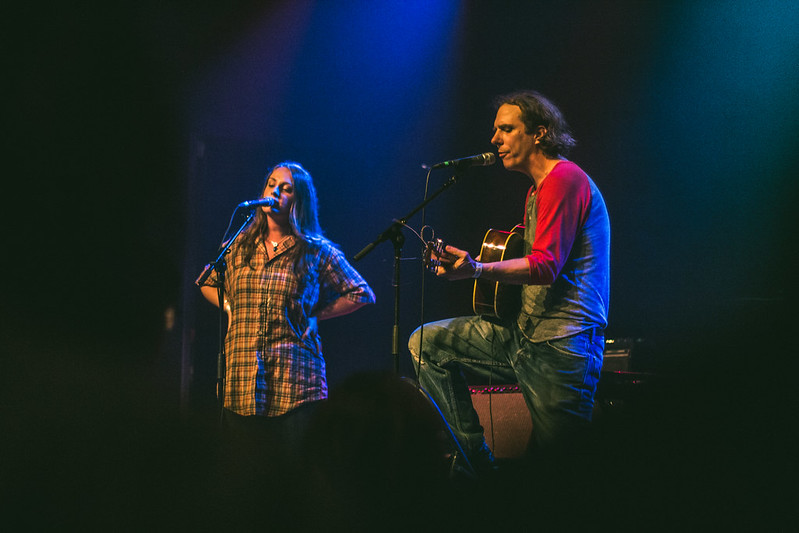 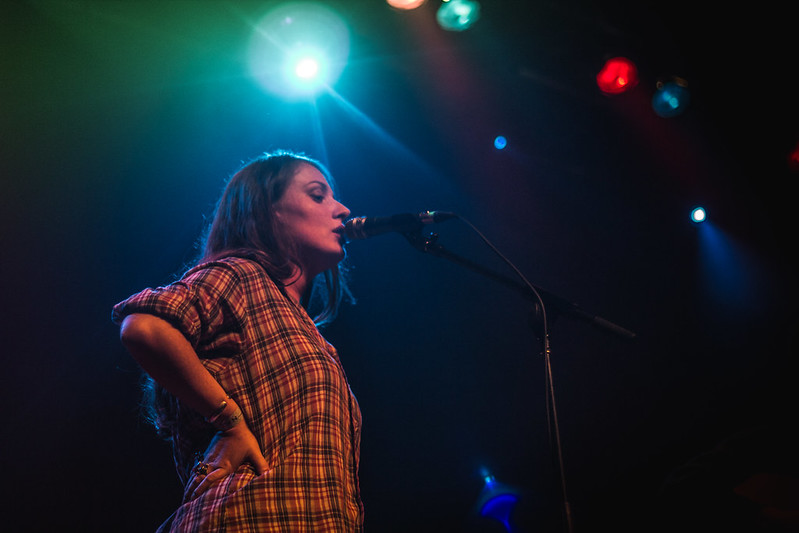 But our desires and skillsets may not really matter that much. There’s nothing inherently negative about that fact, but it directly counters the American narrative, which makes it a tough pill to swallow. So an existential cloud hangs over an Outlaw Con Bandana set. But maybe that’s for the better. When you give up on dreams — either your own, or in this case, on behalf of someone else — you’ve got no choice but to just be in the room, watching some guy with a guitar propped on his knee play beautifully ragged folk tunes.

When recent Saddle Creek signee Twinsmith takes the stage, there’s a very real shift. Outlaw Con Bandana’s crowd quietly disappeared into the background while a crop of teens and young 20-somethings crowded the front of the stage for Twinsmith.

And the pop-tinged indie rock band cultivates a very different energy than Outlaw Con Bandana. Twinsmith’s very existence doesn’t demand consideration on why we even watch live shows in the first place. That’s in part because the group, with a second album mastered earlier this week, is still far from its peak, we hope. 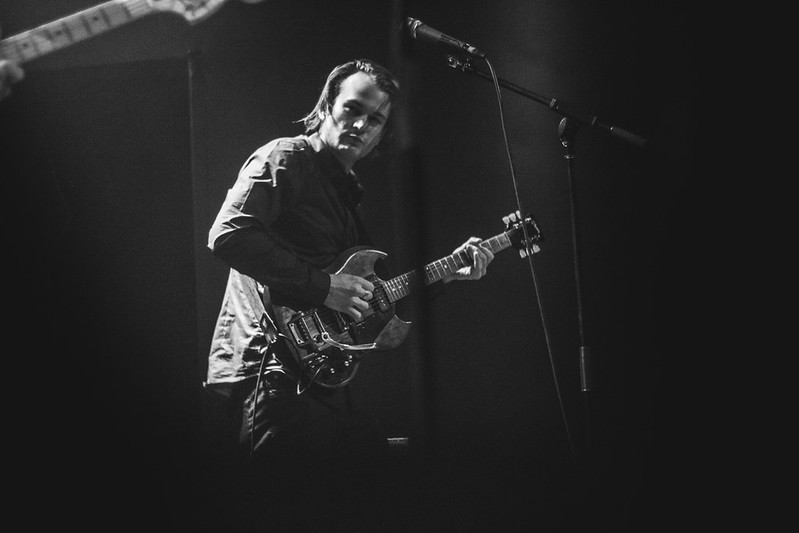 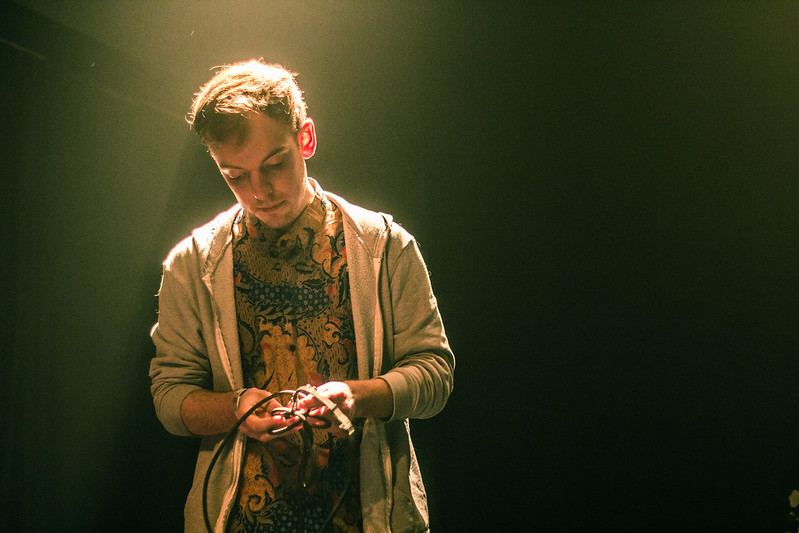 Twinsmith only becomes more comfortable on stage, more charmingly playful. Not only does it feel like watching a band prepare to step onto a national stage, but it also feels like rooting for a band to do so. But if we learned anything from Outlaw Con Bandana, it’s that pinning personal hopes onto someone else may often be an idle endeavor.

Still, circumstances and evolution seem to be working in Twinsmith’s favor. Newer tracks, presumably to appear on Alligator Years next year, show a band with a lighter touch. The set’s opening and closing songs, especially, make room for thoughtful instrumentation. Frontman Jordan Smith even ditched his guitar for the closer, allowing guitarist Matt Regner to drive the end of the set with a piecemeal guitar solo.

As Lazy-i reported on Monday, the Neva Dinova set promised to be a run through of favorites from the band, which started playing together in the ‘90s. And they delivered. The set opened with “Supercomputer,” after which Bellows uttered the aforementioned “OK.”

Neva Dinova worked through so many classics that it was hard to keep track, but there were standout selections from each release of five releases, including “It’s Worse When You’re Young,” “Jesus’ Choir” and “On/Off.”

Somewhere through the first third of the set, Bellows says “OK” again. It’s less tentative this time around. He’s halfway down, he’s jumped and it’s not going as poorly as he may have feared in his most anxiety-riddled premonitions. In fact, it’s actually going really well.

“We’ve never had such a supportive audience,” he tells the crowd. 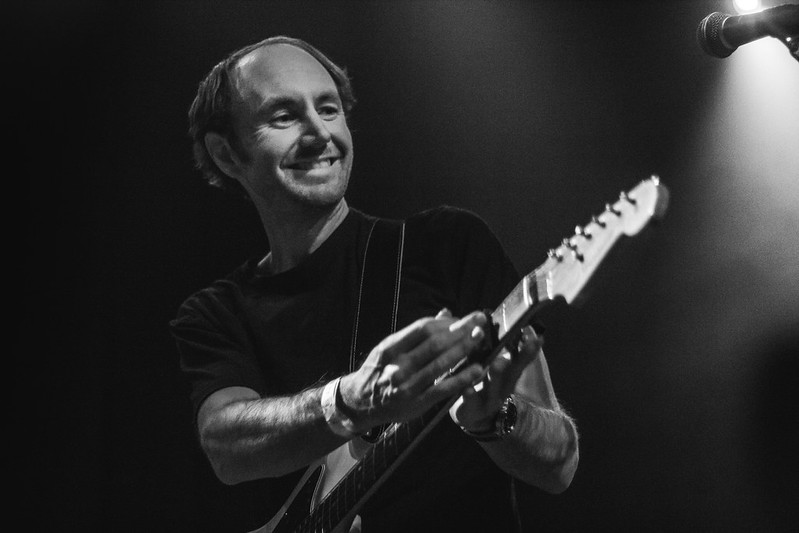 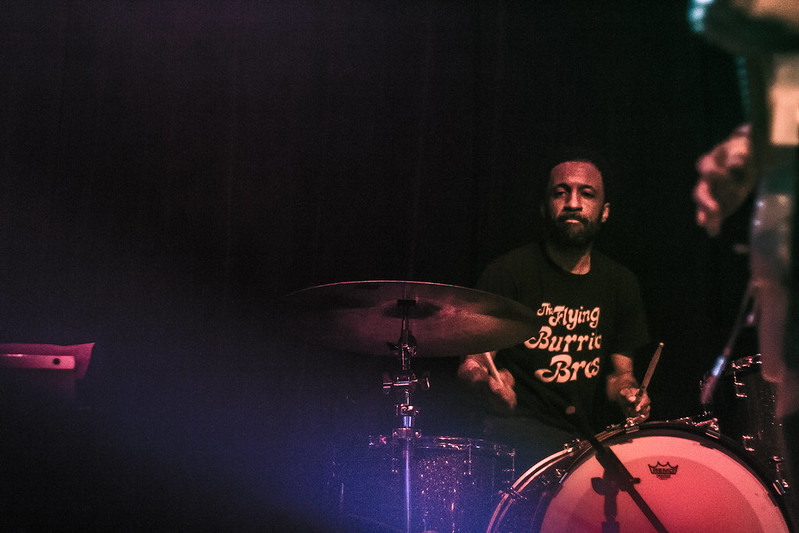 The Neva Dinova that plays through everyone’s favorite songs comes to a head when Bellows introduces longtime friend and once-collaborator Conor Oberst onto the stage. Oberst joined for a round of songs from One Jug of Wine, Two Vessels, the split from Neva Dinova and Bright Eyes, “Get Back” a highlight among them.

The fact of Oberst’s celebrity and his appearance on stage seems to elevate the significance of the one-off reunion show. If you didn’t already feel like Neva Dinova playing a holiday show was a communal moment in Omaha music, let the city’s most famous musician tell you that it really is.

Shortly after, the band takes a break, three-quarters of the way through a 90-minute set. Rather than disappear wordlessly and wait for the audience to cheer for an encore, Bellows says, “We’re going to go take a shot, pee and come back and play four songs.” 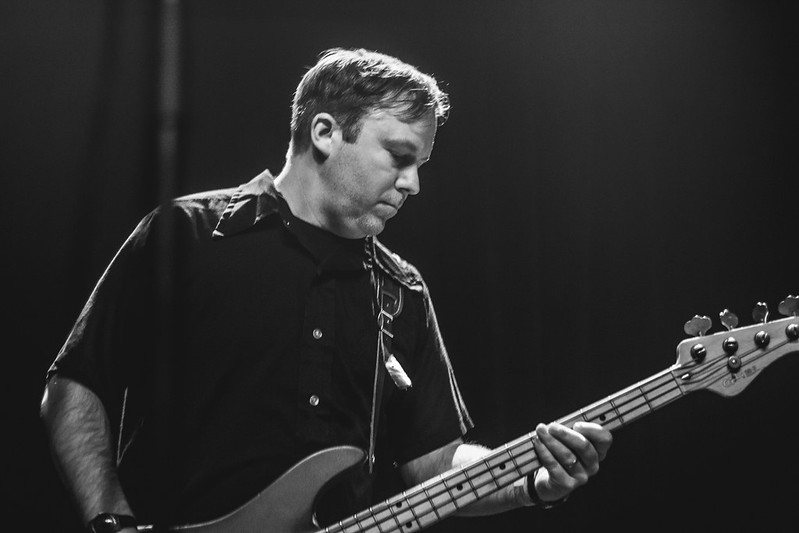 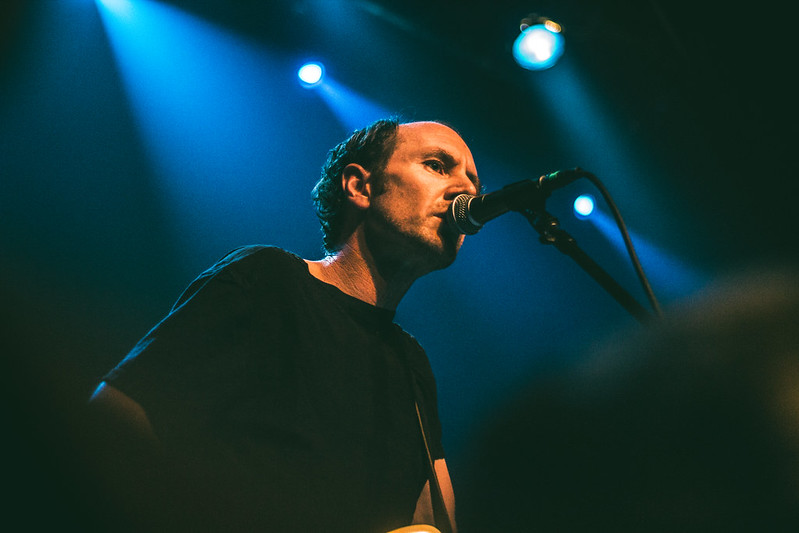 The band sounded clean and practiced. Bellows and drummer Roger Lewis seemed ecstatic and grateful from the outset. But between Bellows’ solo work and Lewis’ time with The Good Life, Oquoa and Conduits, they’ve been hanging around plenty of stages since the last Neva Dinova show. It took the rest of the band, a shifting lineup of Heath Koontz, Mike Kratky, Tim Haes, Ryan Fox and Bo Anderson, some time to get as comfortable in the space as their less-rusty bandmates.

But by the time Bellows says “OK” for a third time, following “Clouds,” the whole band is as back in it as they ever were. And this last time when Bellows steps to the microphone, he doesn’t mean “let’s do this” or “we are doing this.” Rather, it’s triumphant and smiling, emerging from the depths of the pool to high-five a friend.

“We fucking did this.” 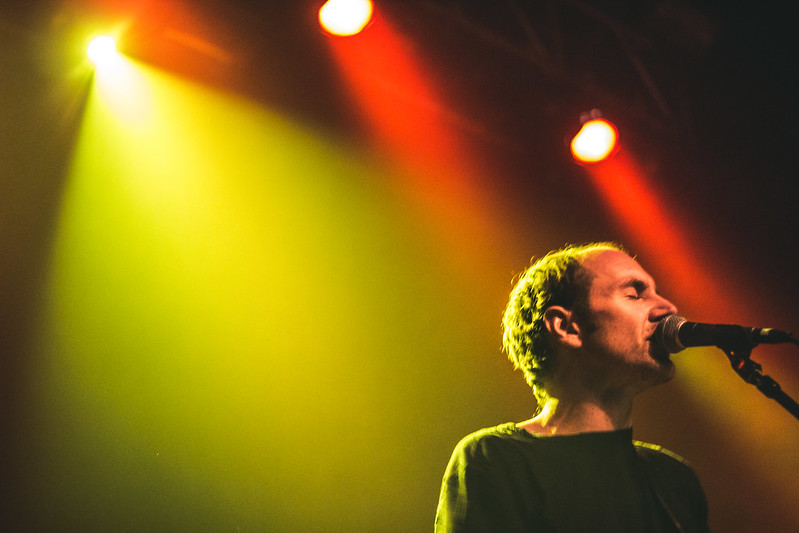 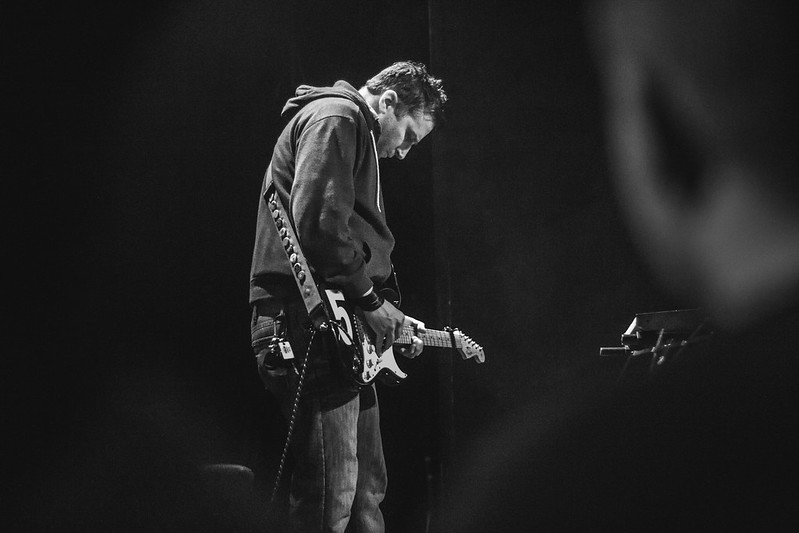 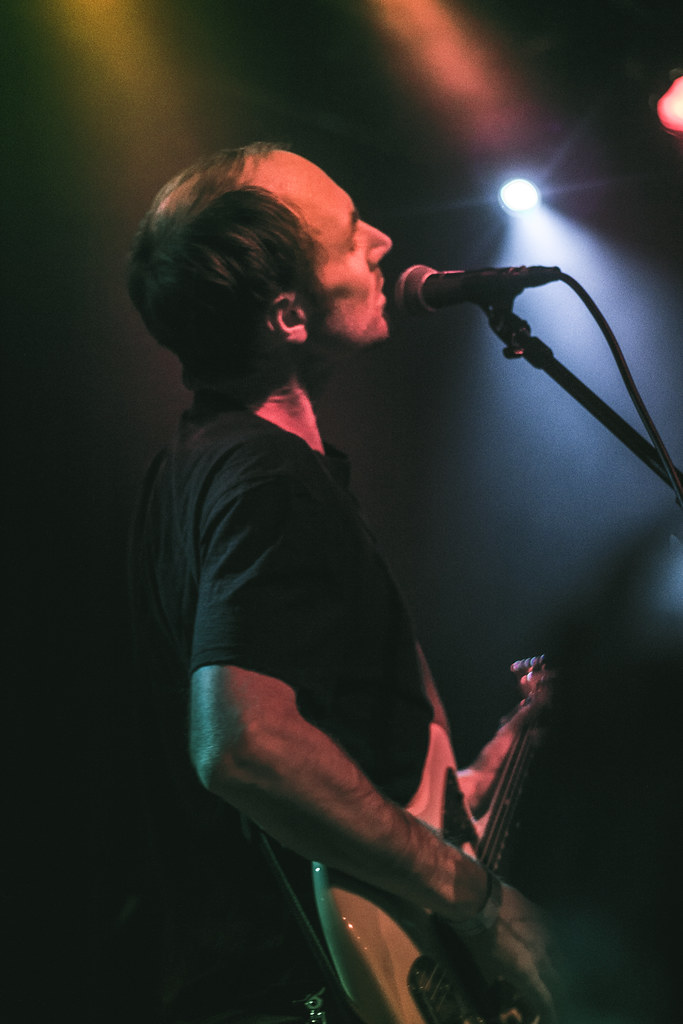 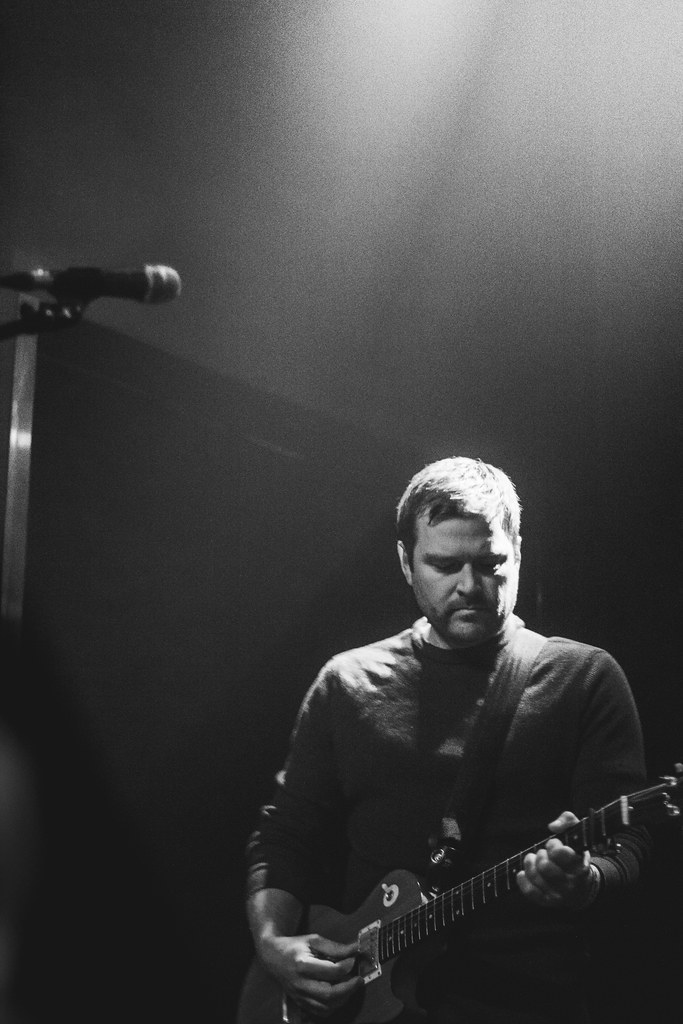 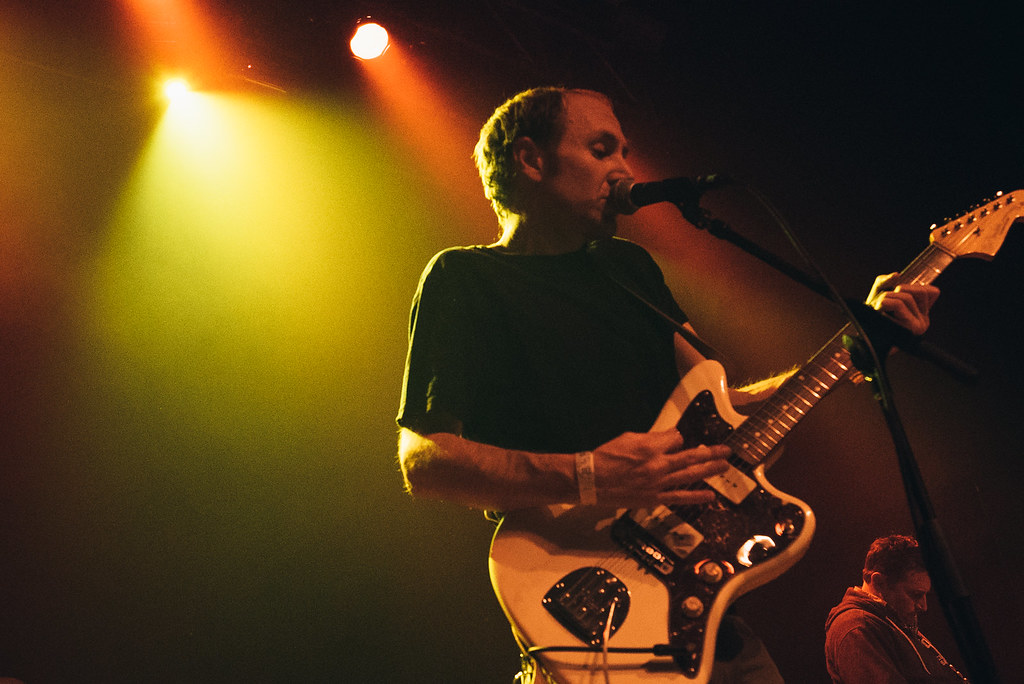 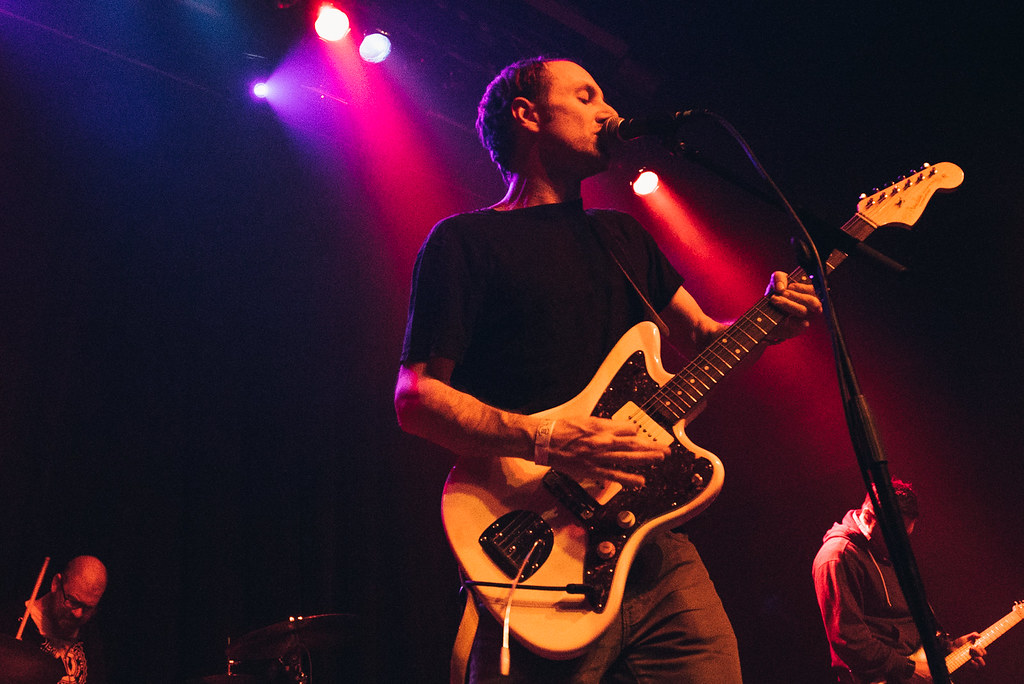 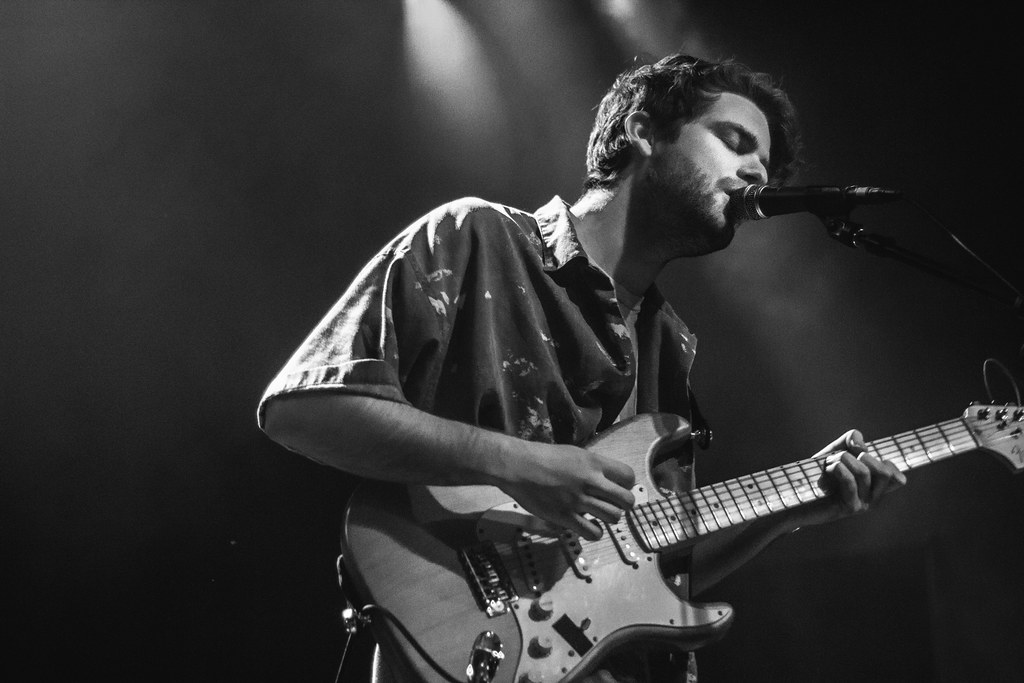 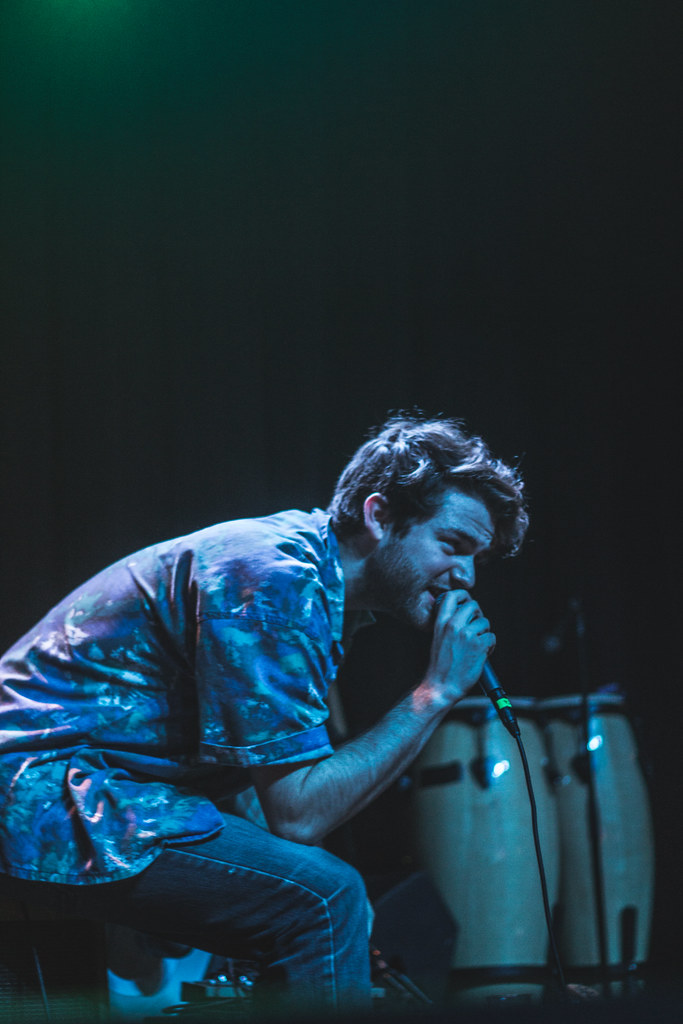 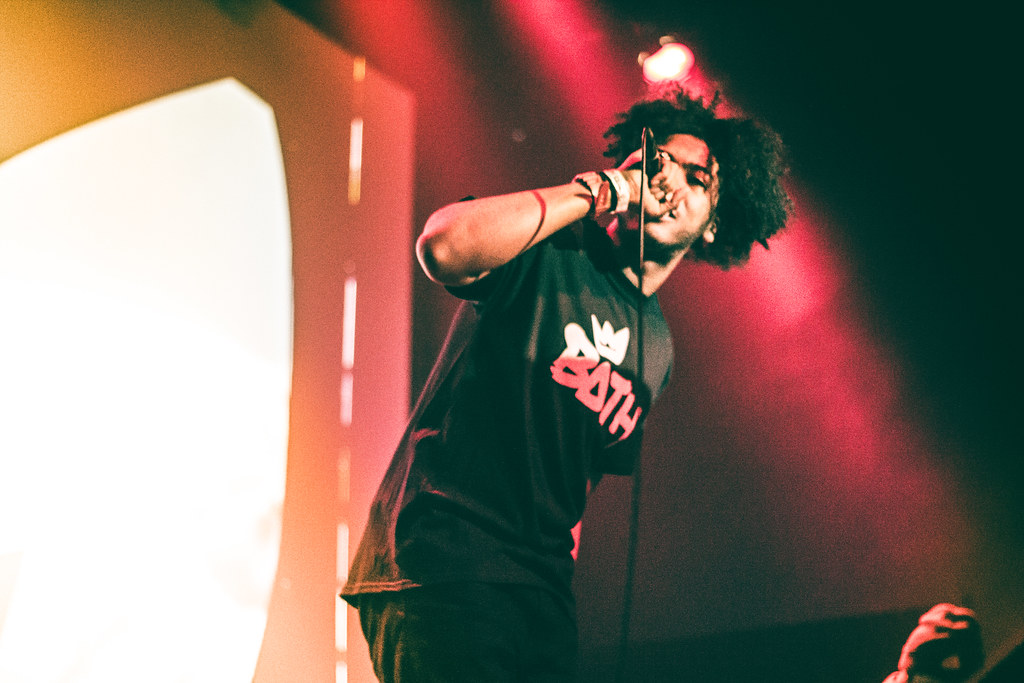 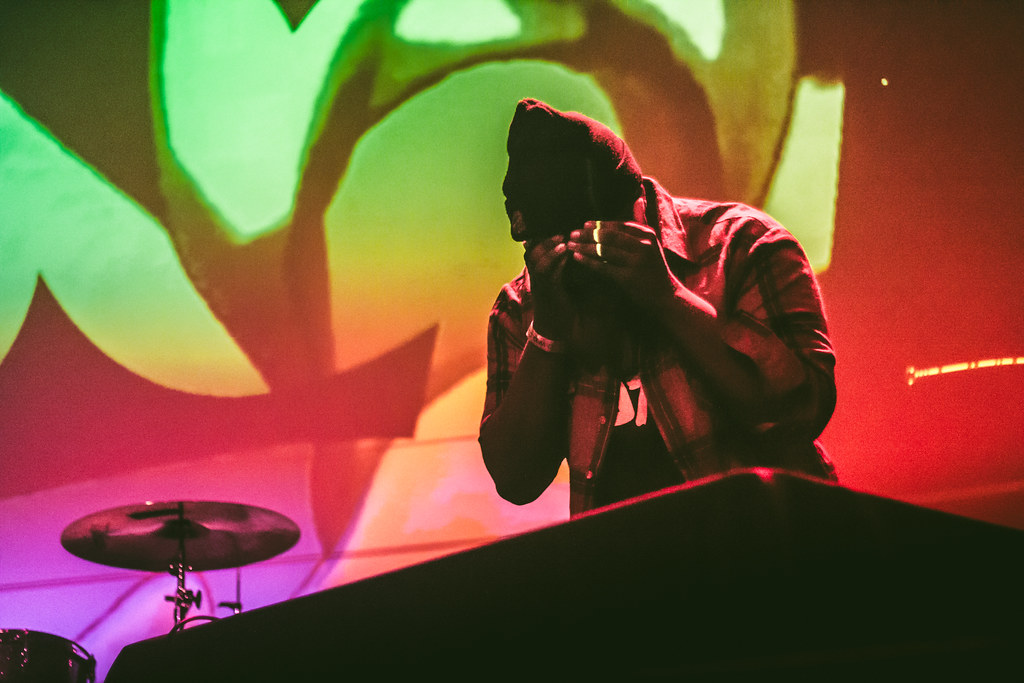 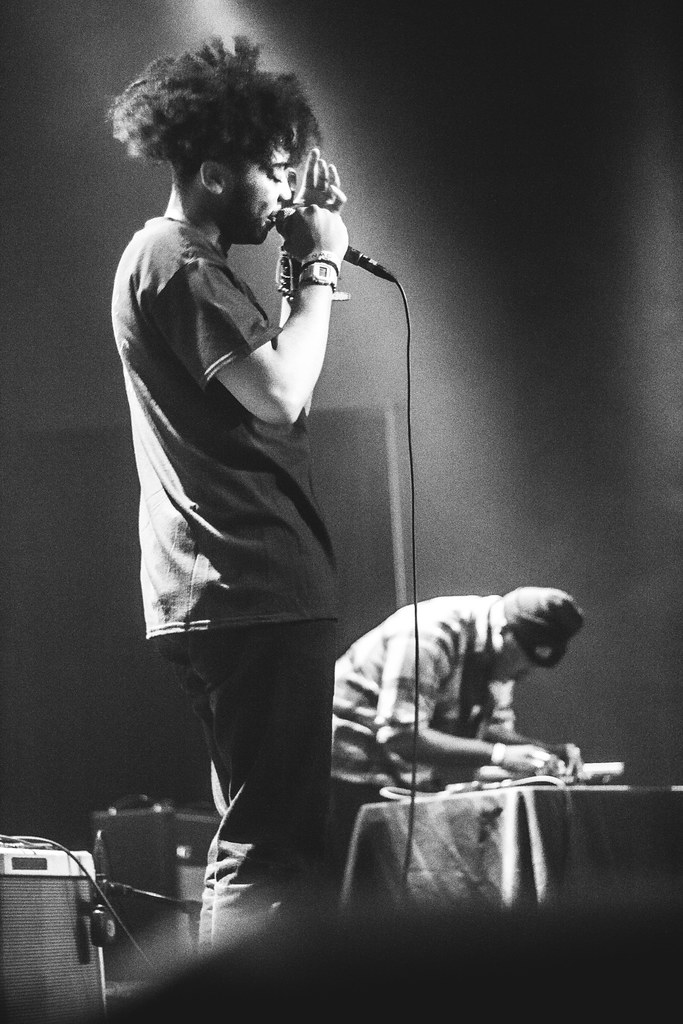