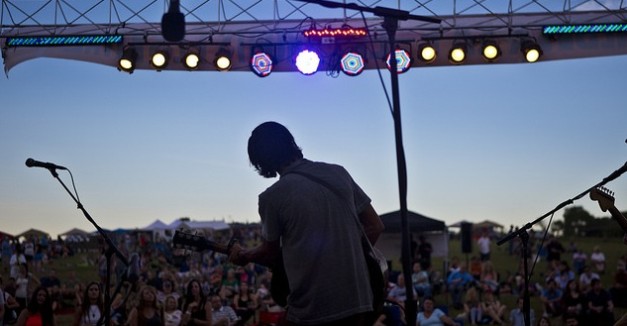 [Editor’s note: the following is a recap of Nebraska Folk & Roots Festival, of which Hear Nebraska is a media partner.]

For two nights at Branched Oak Farms, the moon feels like a favor where few were needed.

On Saturday night, Memphis-based Motel Mirrors is closing out the second-ever Nebraska Folk and Roots Festival, its first year at the farm northwest of Lincoln. Crowd members are either consolidating near the front of Motel Mirrors’ stage or finding friends and slowly winding toward the parking lot, up a gravel path from the festival grounds.

And they’d probably be having more trouble, if not for that moon, bright enough to cast bodily shadows on the dark field. It seems like a small thing: you have a rural festival that ends after dark. You might need some kind of light, just to keep the day-long sun-drunks from tripping over their own feet. 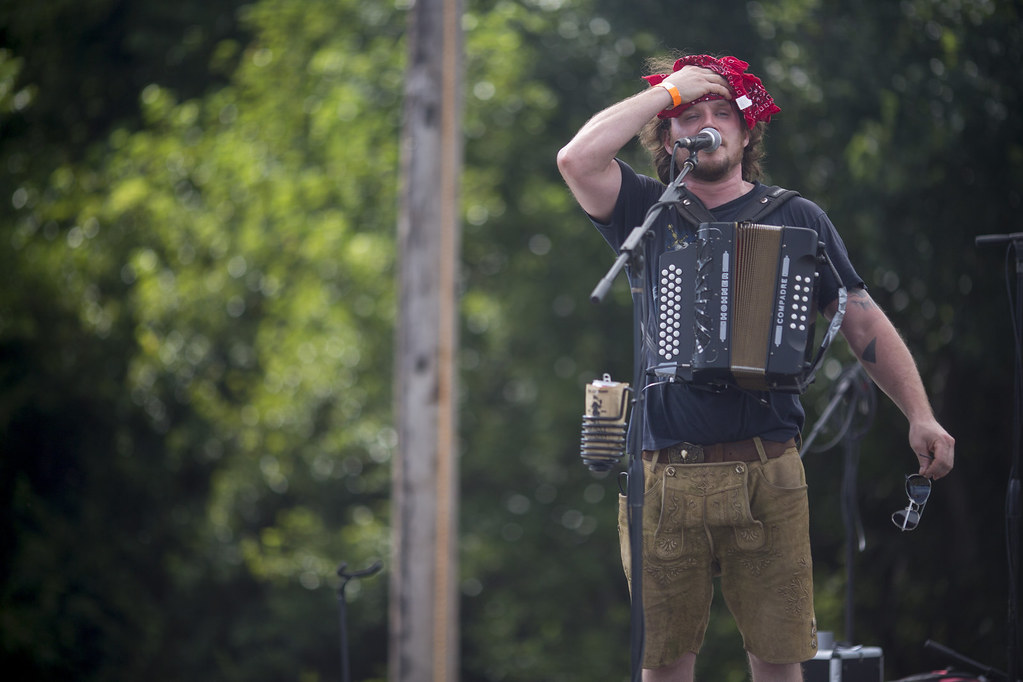 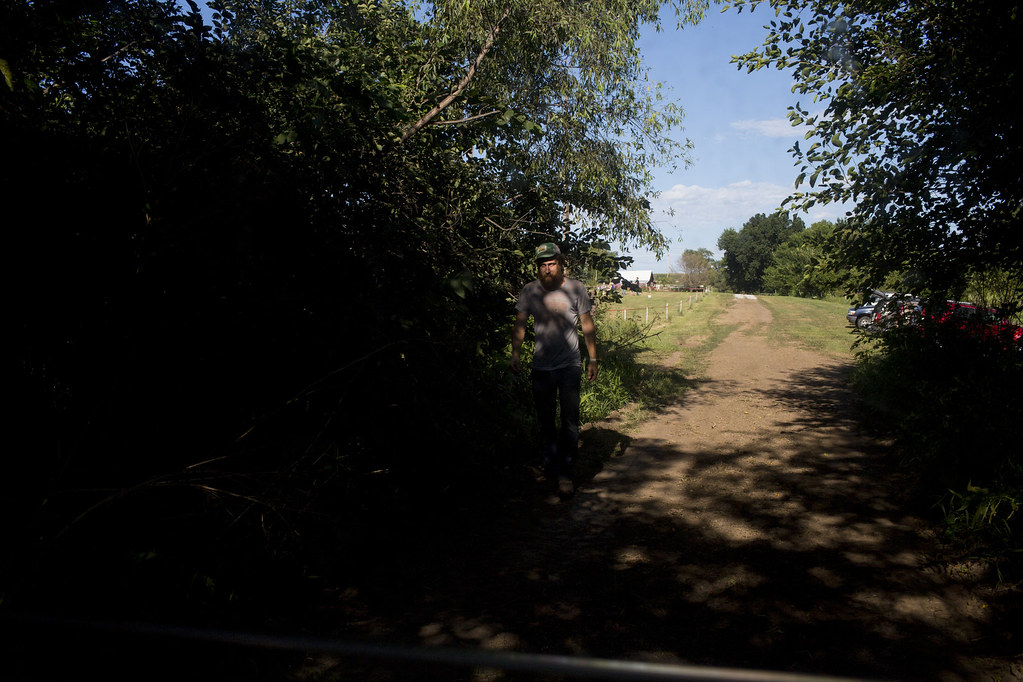 More than the absence of lighting as perhaps a small technical oversight, noting it is a small criticism, made brighter by the altogether lack of potentially frustrating, mind-numbing blunders so easy to make when executing a two-day, two-stage, 23-act affair. That is to say that, if there is no security light in the back of the multiple-acre field, it’s the one tripped booby trap in a dungeon maze looking for any excuse to litter a body with arrows sprung from walls.

We apparently need only to look to the other concurrent regional music festival to see a more clumsily navigated maze. At least according to Kevin Coffey’s write-up for Omaha World-Herald, Grassroots Festival in Council Bluffs left that dungeon with near-fatal wounds.

So the moon feels like a favor. But only because everything else was accounted for. 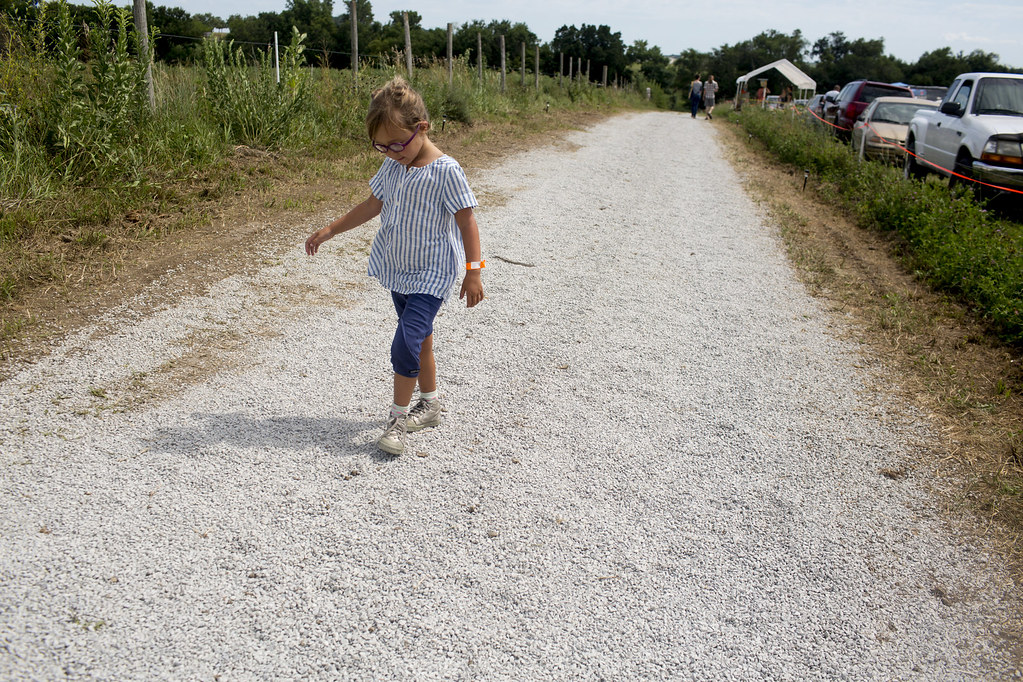 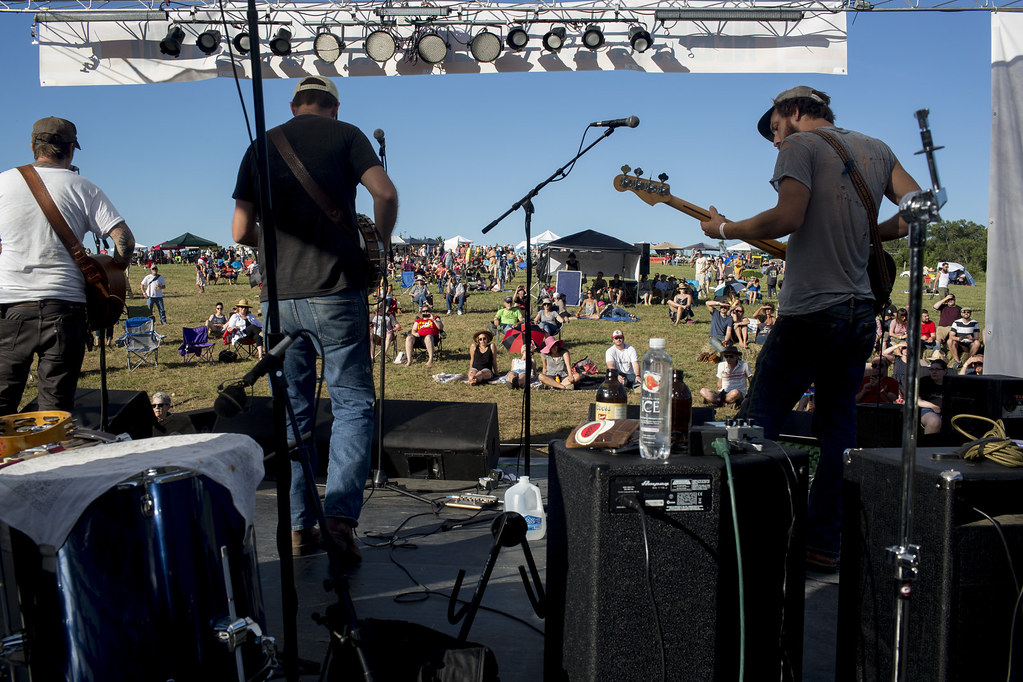 By and large, the music festival, especially the outdoor, all-day-in-the-sun kind, will probably be read by future anthropologists as some bizarre, mass-cultural masochistic ritual. Stand in line for hours, endure the hottest parts of the hottest days, get dehydrated and sunburnt. Spend too much money on beer and food. Fight the crowds. You must enjoy suffering, right?

But this weekend it seemed like there was hardly any suffering at all. What gives?

Hosting a music festival on your farm is gutsy, a leap of faith for the first go-around. Credit to Doug and Krista Dittman for opening up their property to hundreds of strangers who might not have had the same reverence for the land as the farm’s operators. The move appeared to go well. People mostly abided by the festival’s roped off smoking section. At the end of Saturday, it seemed most garbage, recyclables and compostable material had made it to its proper receptacles.

You also may have noted the absence of any meaningful security detail. Likewise, in the early evening on Saturday, Kill County, recently reunited and fresh off a quick tour, earned an encore from their de facto hometown crowd. The alt-country act geared up to play it but ultimately deferred to Eros and the Eschaton’s start time on the other stage. Throughout the weekend, a brown corgi, probably a seasoned farm dog, wandered the festival thankfully not pestered by audience members. 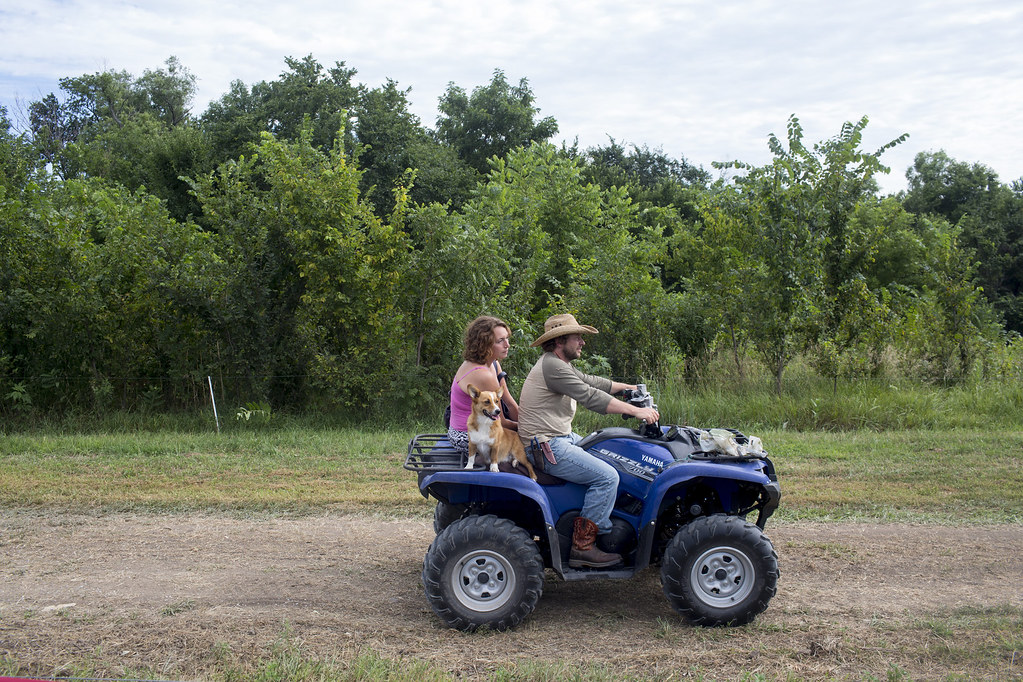 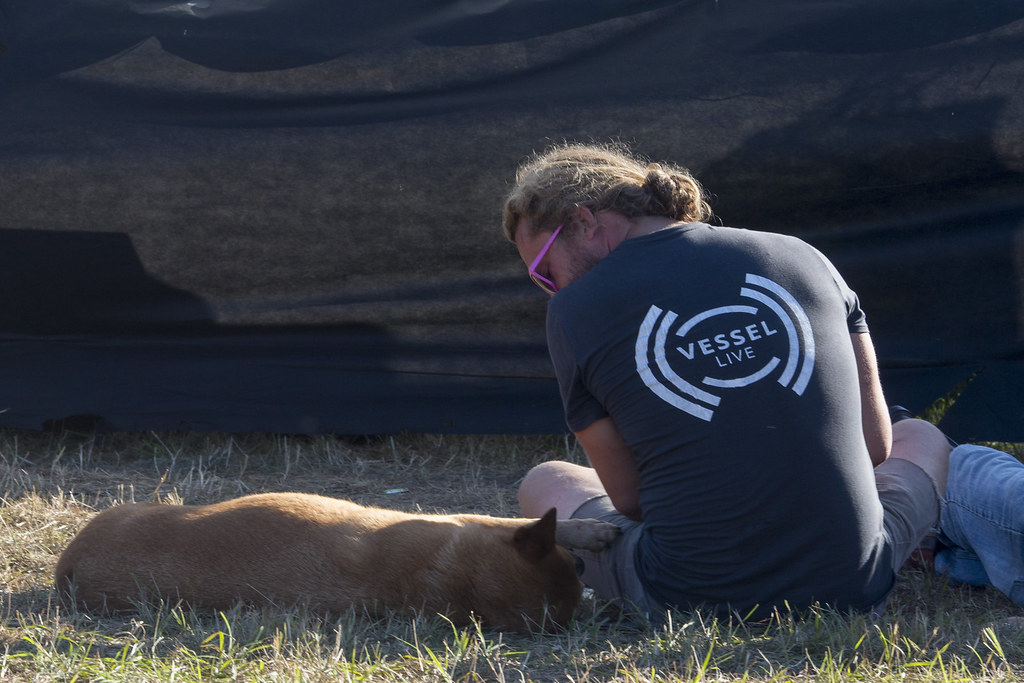 This kind of respect creates a festival that is easy to be at, made more comfortable by a familiar lineup. There were very few billing-related hail marys tossed this weekend, each act dependable and low-risk.

Festival-goers who have spent any significant time seeing music in Lincoln probably knew most, if not all, of the lineup. On Friday night, Joshua James, who grew up in Lincoln, remarked that it was good to be playing back home. Austin’s Union Specific, recently signed to Lincoln’s Sower Records, called the town its second home. Festival organizer Jeremy Buckley introduced Desert Noises, who closed Friday night, recalling his first time seeing them in Lincoln. The band has made it a routine stop since. Members of Eros and the Eschaton, providing an ambient rock counterweight to the otherwise almost entirely-folk/country lineup, were calling Nebraska home just a few years ago.

That’s not to mention the local acts, at least one of whom you could probably catch at The Zoo Bar in Lincoln any given week.

It’s hard to say if the mellow pace of the festival reflects the lineup or if it’s the other way around. Either way, the effect is the same.

According to Buckley, both days saw about 600 people come through the gates. Folk and Roots was well-equipped to handle the load. The line for beer was never aggravatingly long, there’s hardly a wait to get in. The festival could have happily hosted at least 200 more people a day. There’s certainly the space for it. It could have miserably handled twice those numbers. 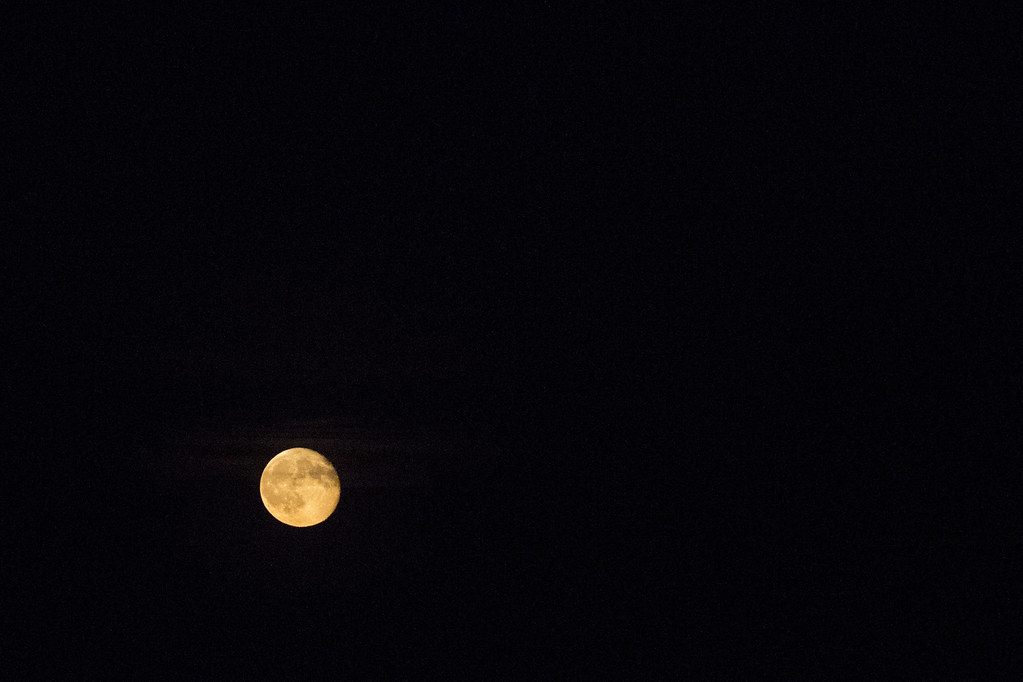 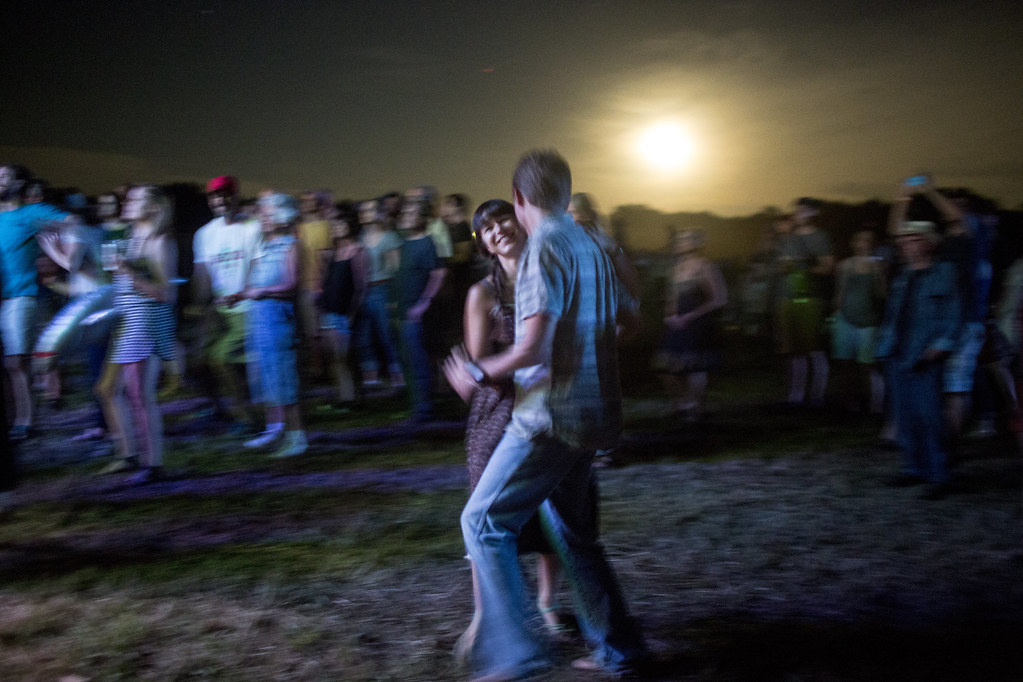 And if it had? Well, the full moon might not have felt like a small stroke of luck, but one more groan-inducing reminder of a festival that over-extended itself. A few more tripped booby-traps.

Here’s to ample porta-potties, reasonably priced beer and an expertly-organized festival. Let’s hope Nebraska Folk and Roots grows and that, as it does, this capacity for faithful hosting (and attending) grows with it.

[Editor’s note: below, find photos of each band that performed at Nebraska Folk & Roots Festival. Apologies to Mesonjixx, All Young Girls Are Machine Guns and Violet & the Undercurrents for missing photos of their great sets].

The Way Down Wanderers 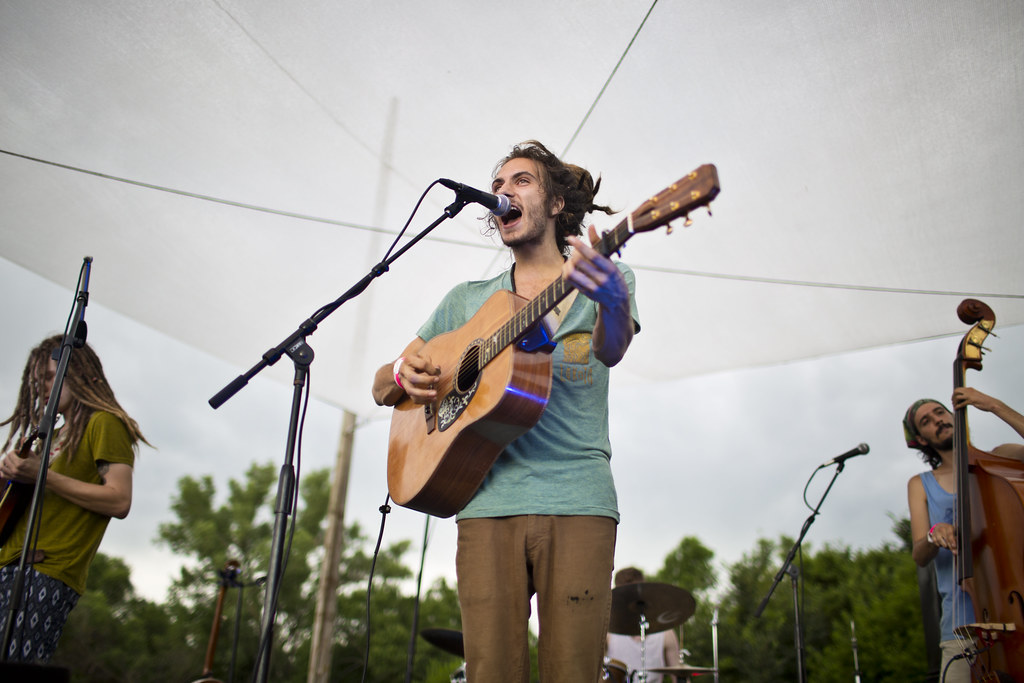 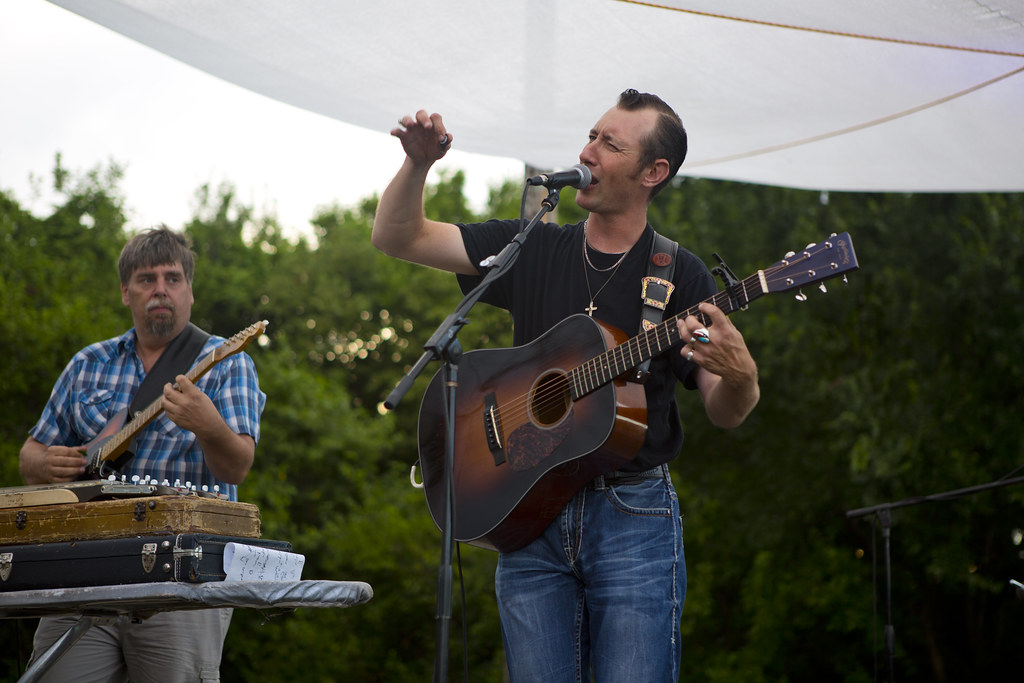 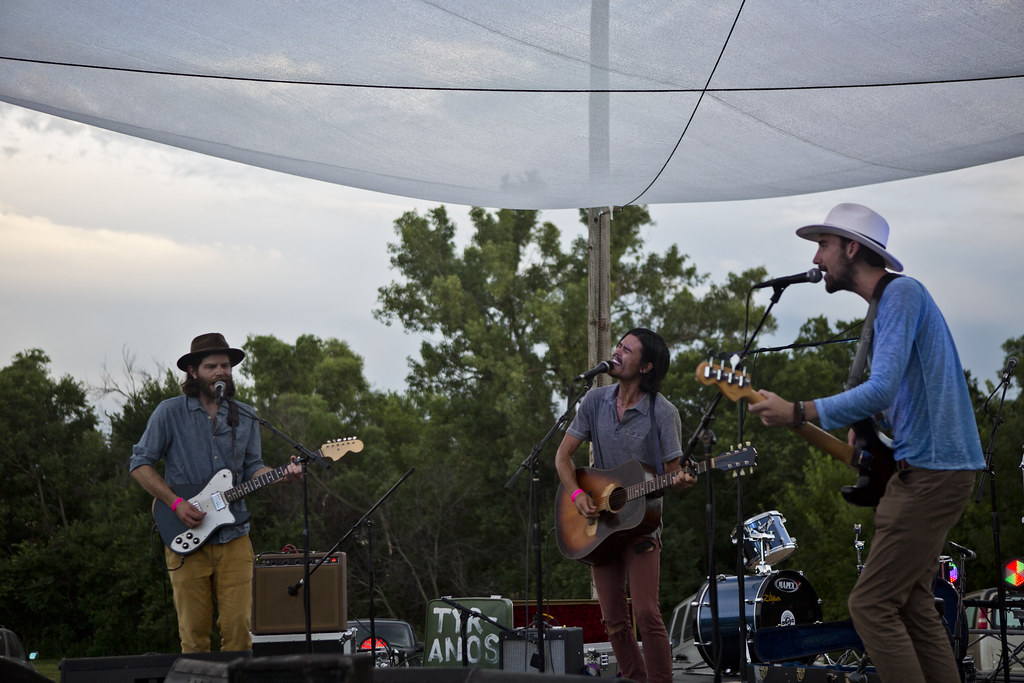 Evan Bartels and the Stoney Lonesomes 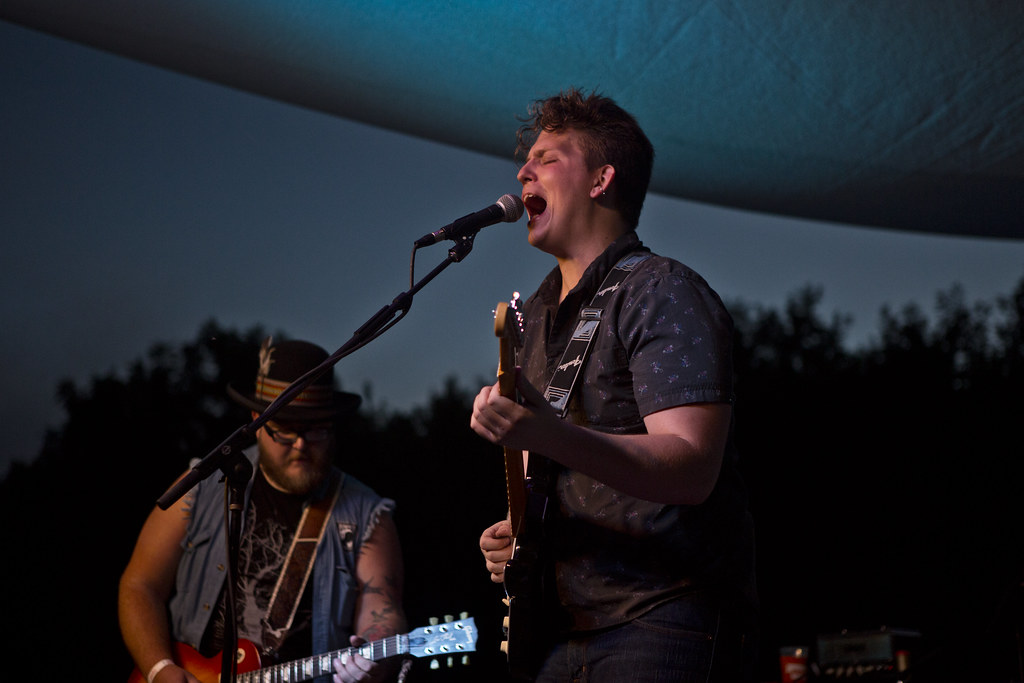 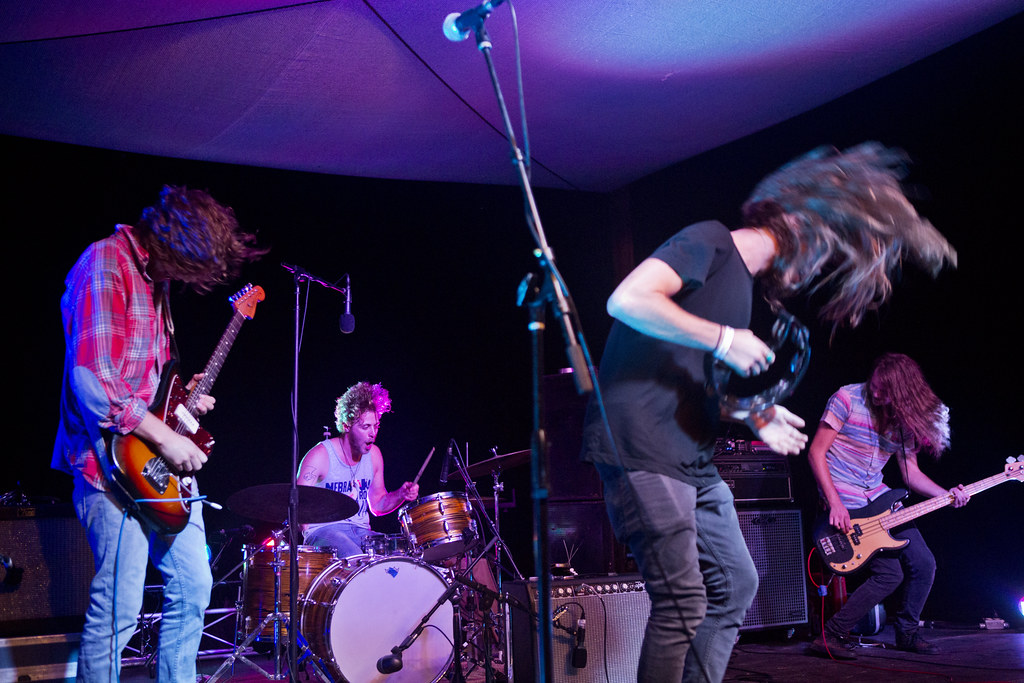 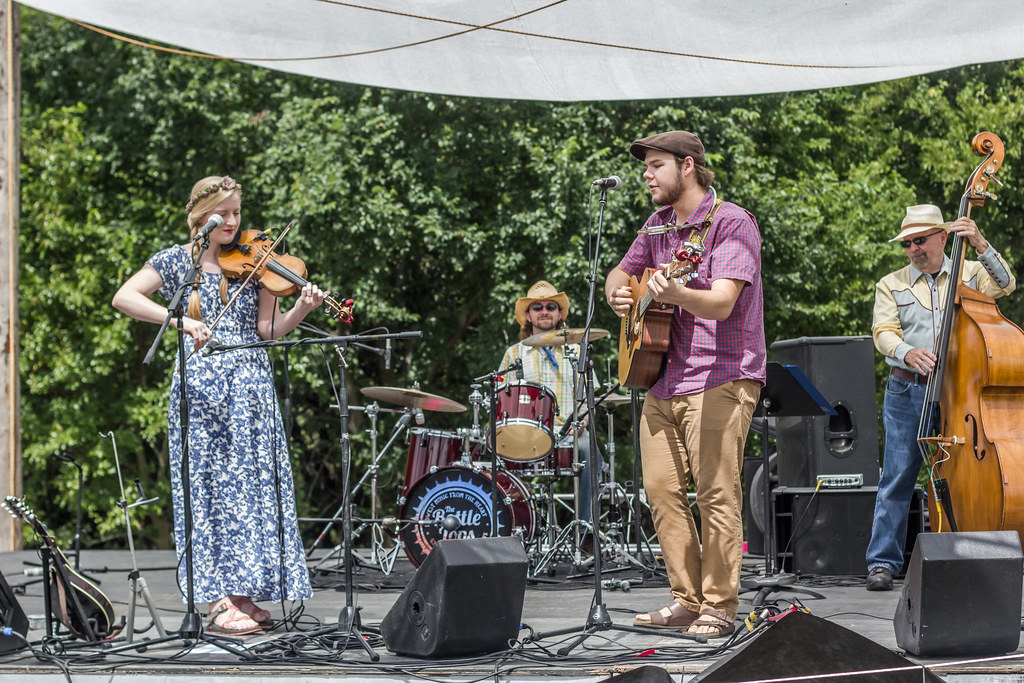 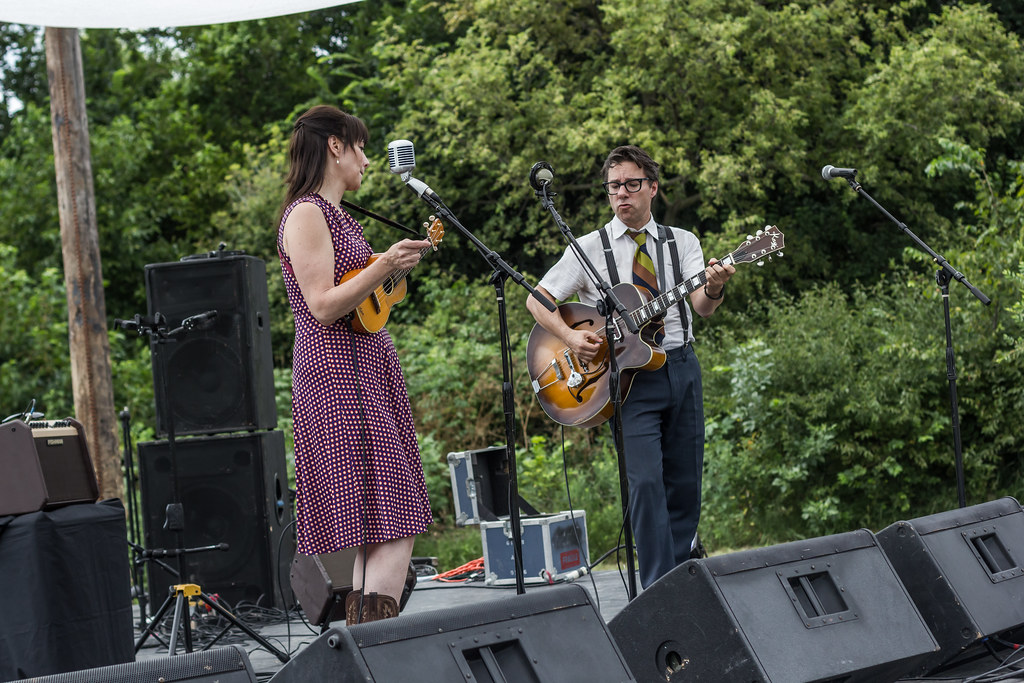 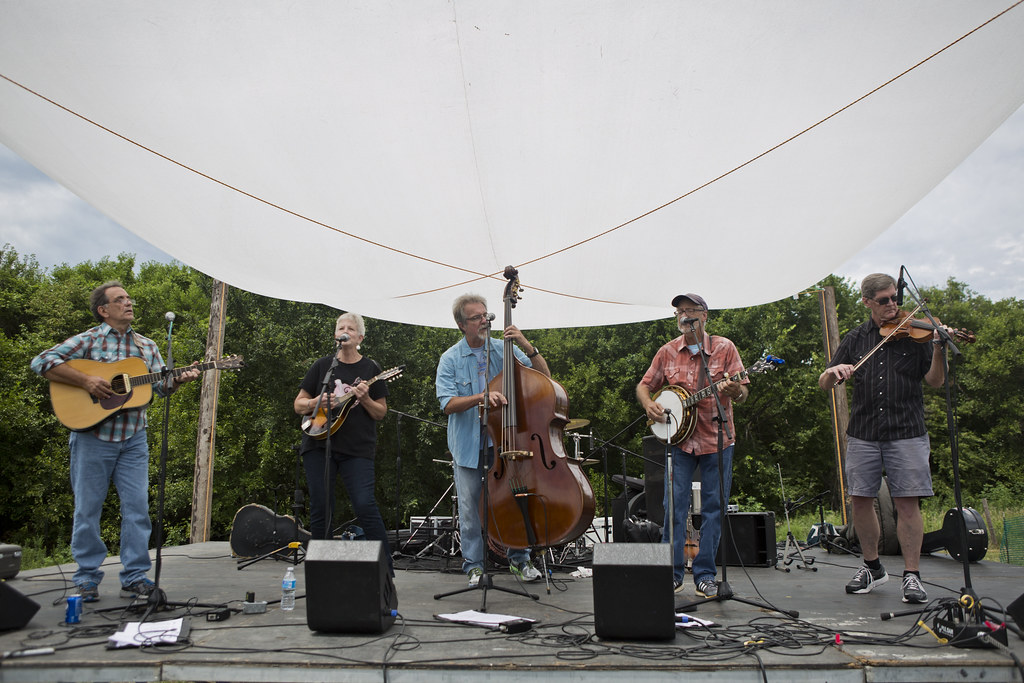 Brad Hoshaw and the Seven Deadlies 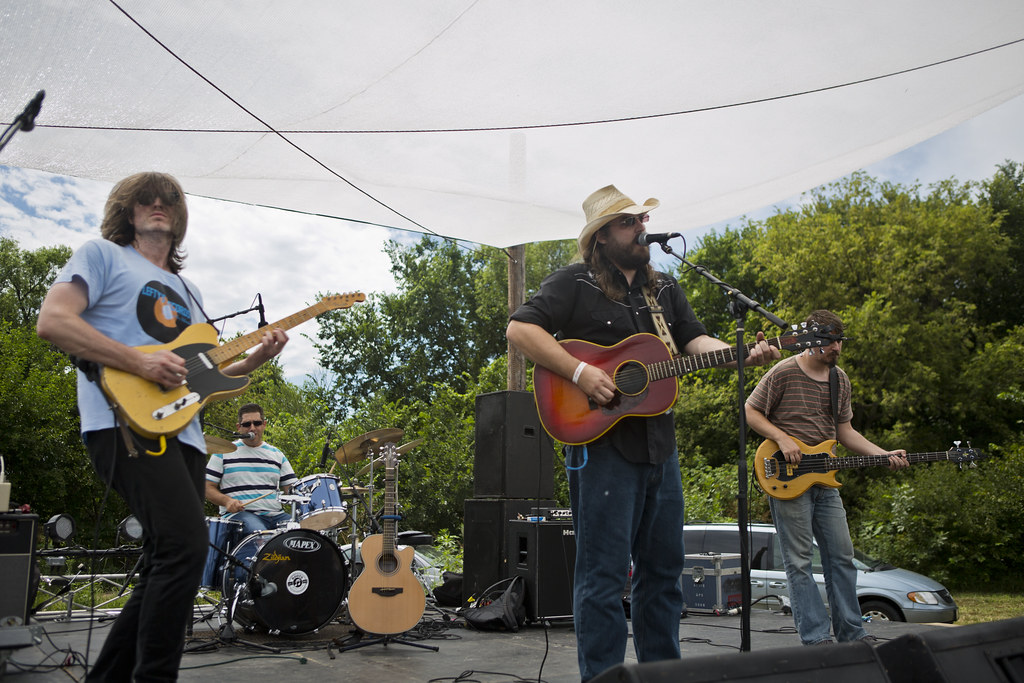 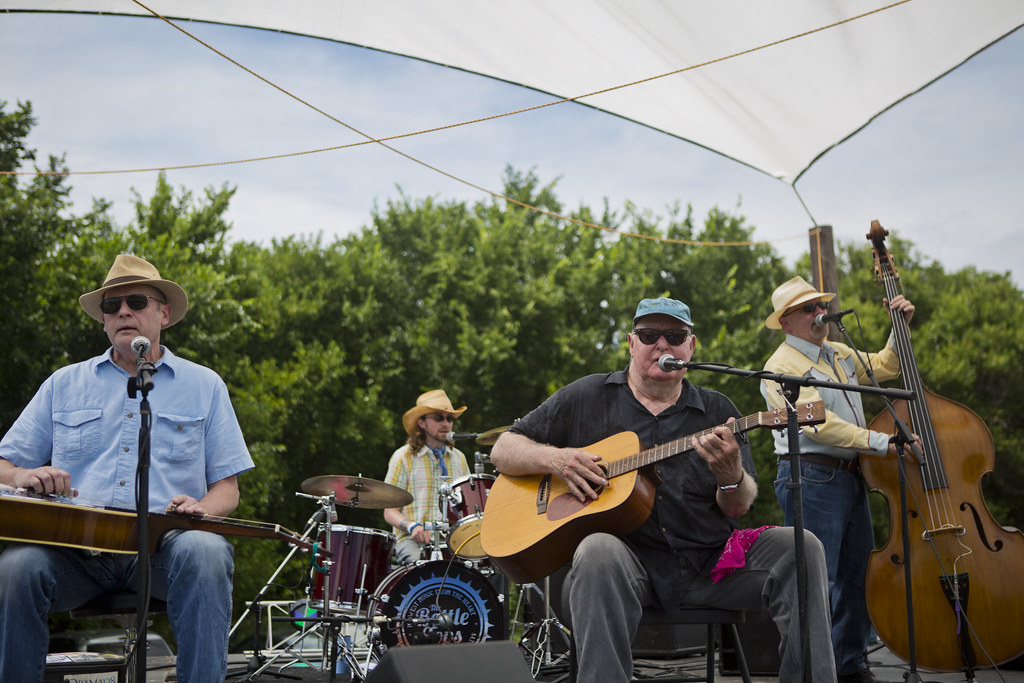 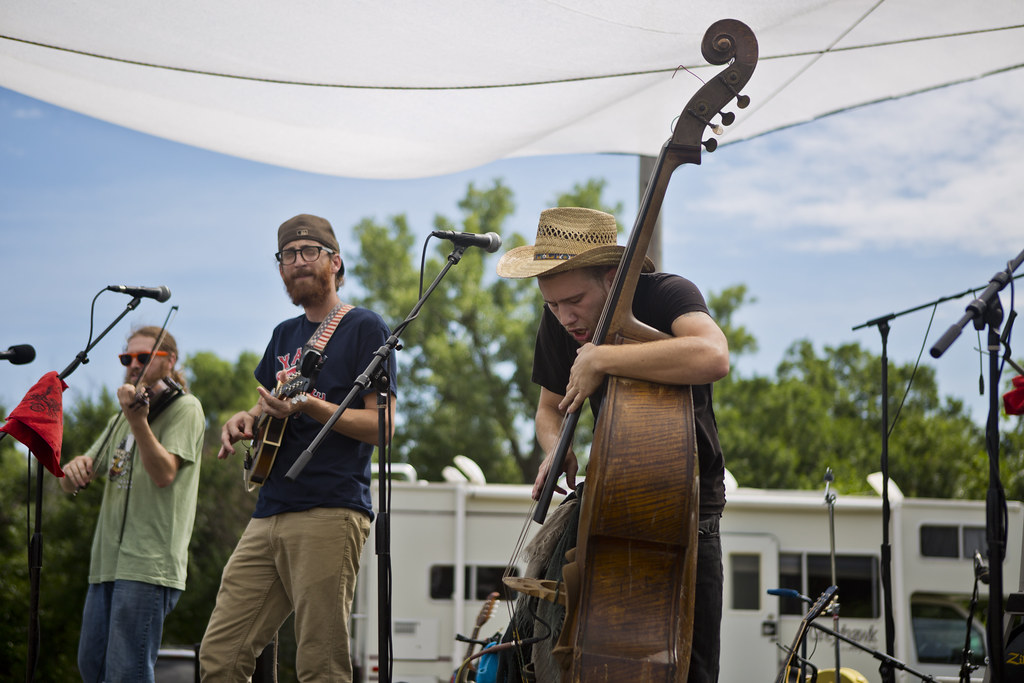 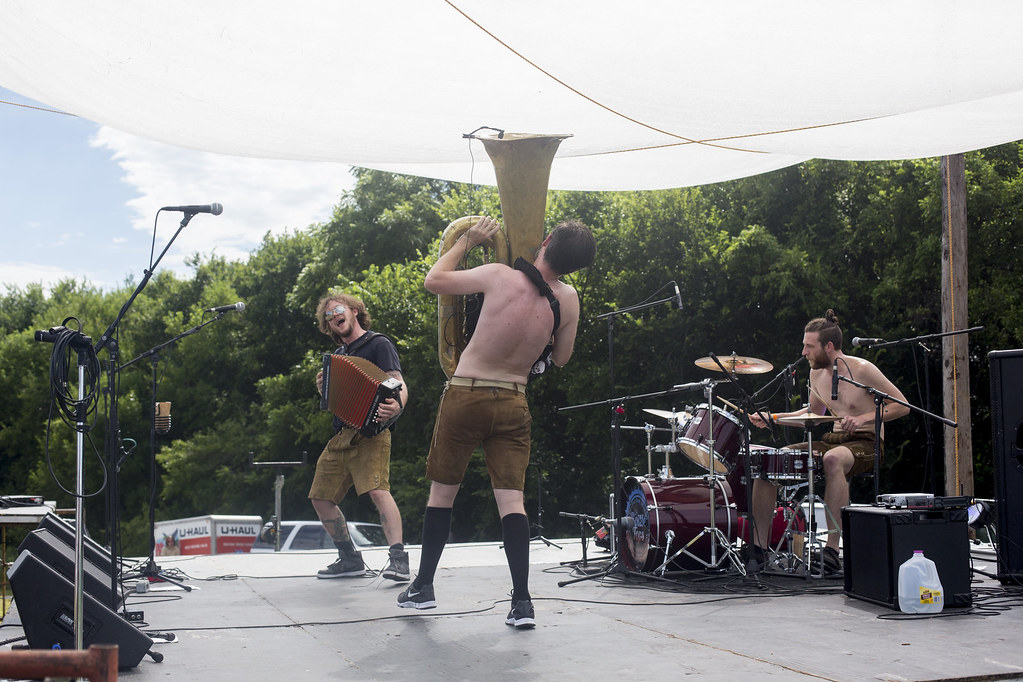 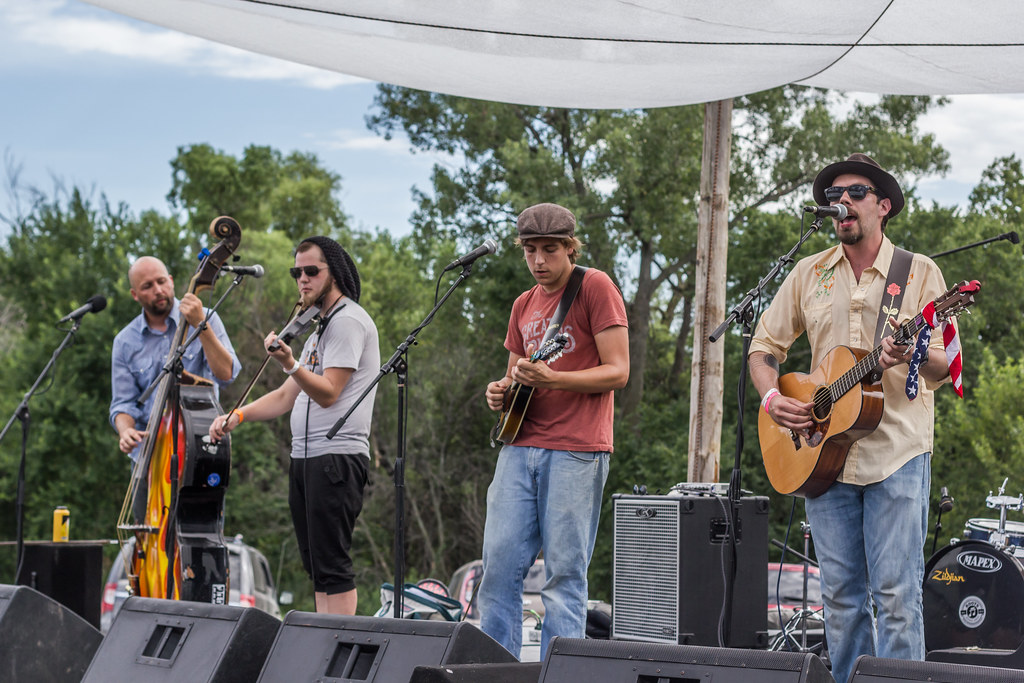 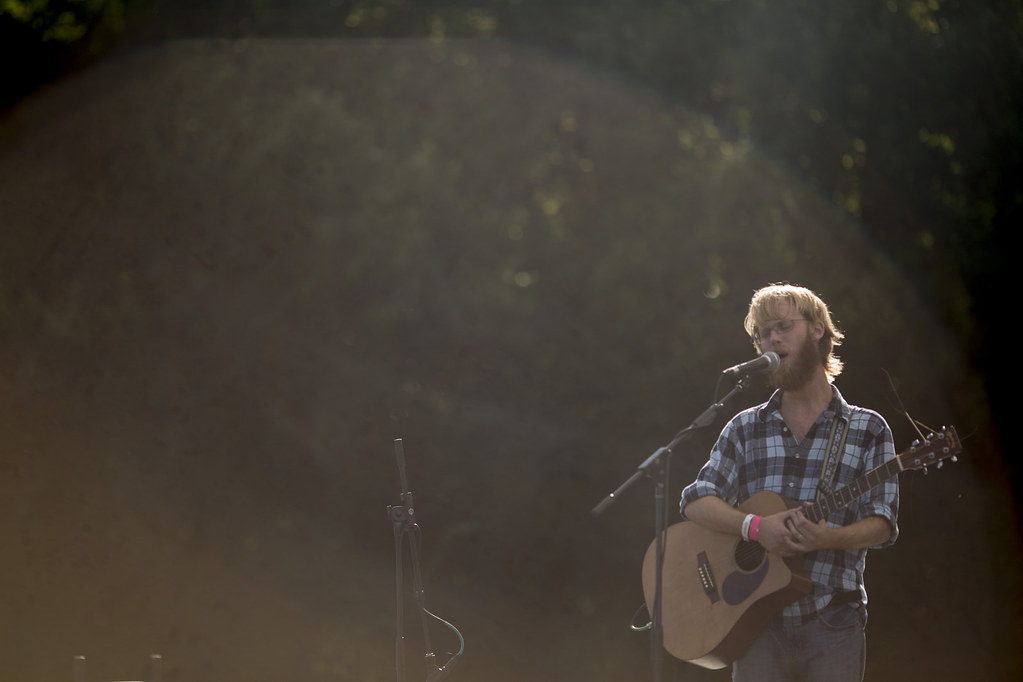 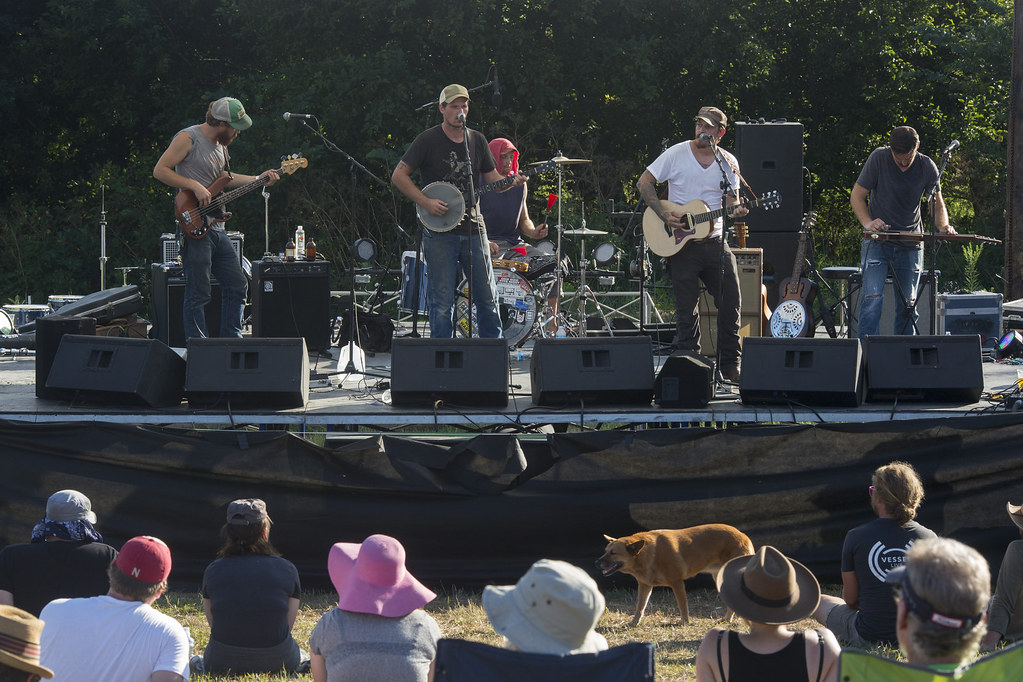 Eros and the Eschaton 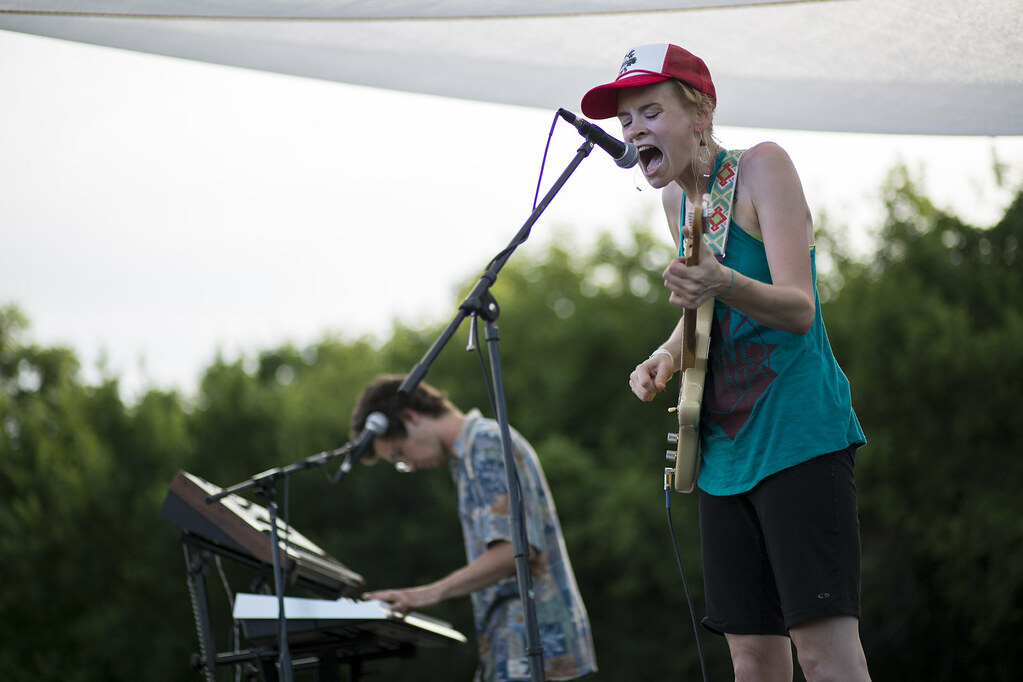 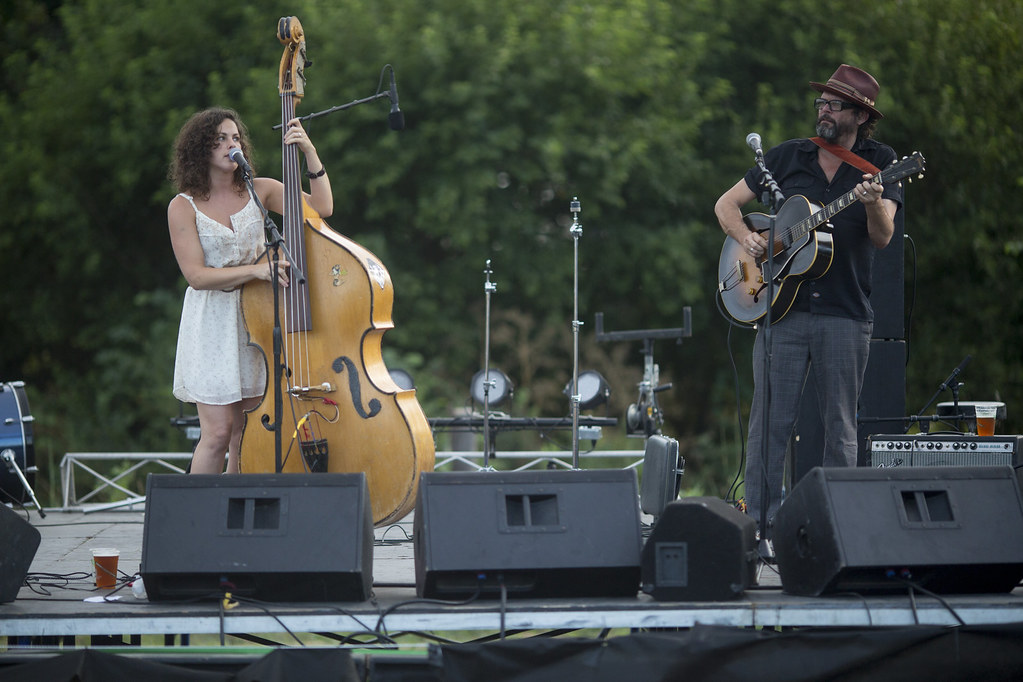 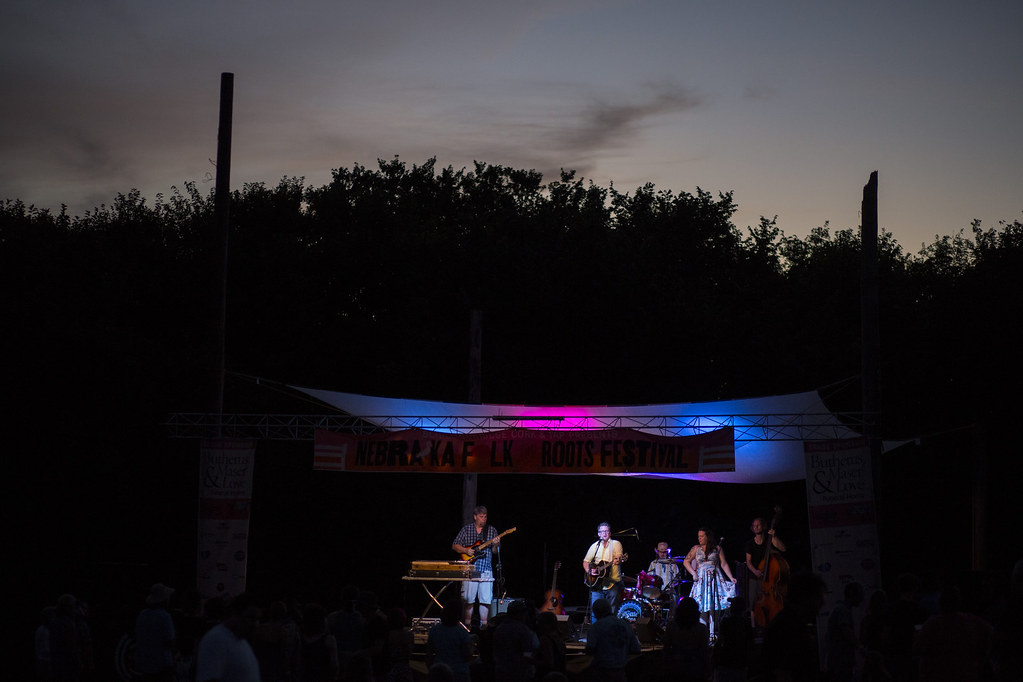 Bud Heavy and the High Lifes 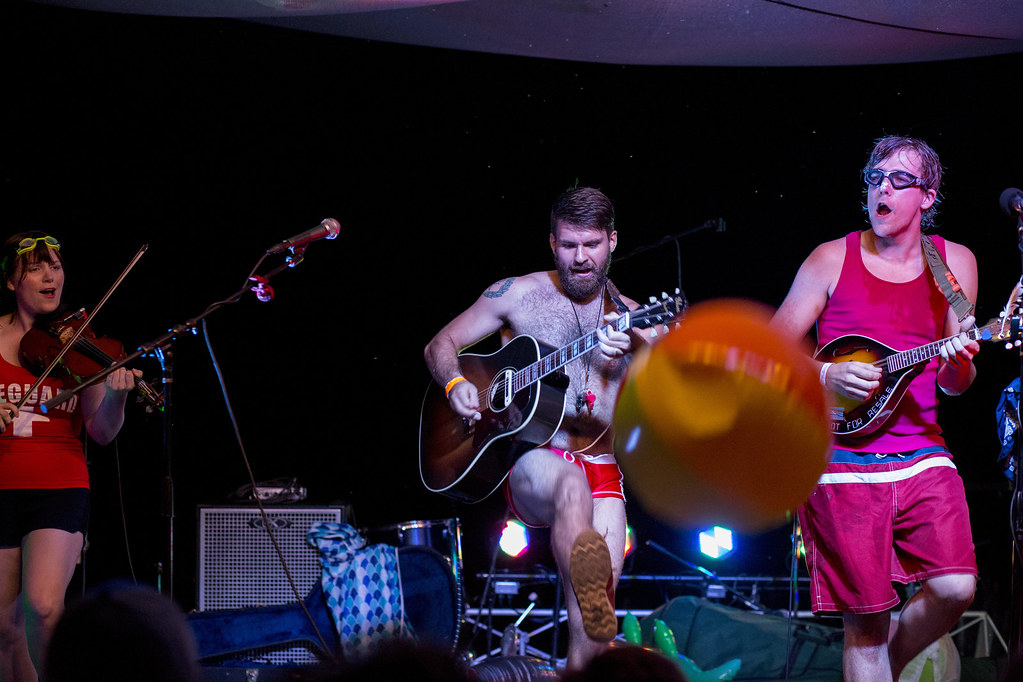 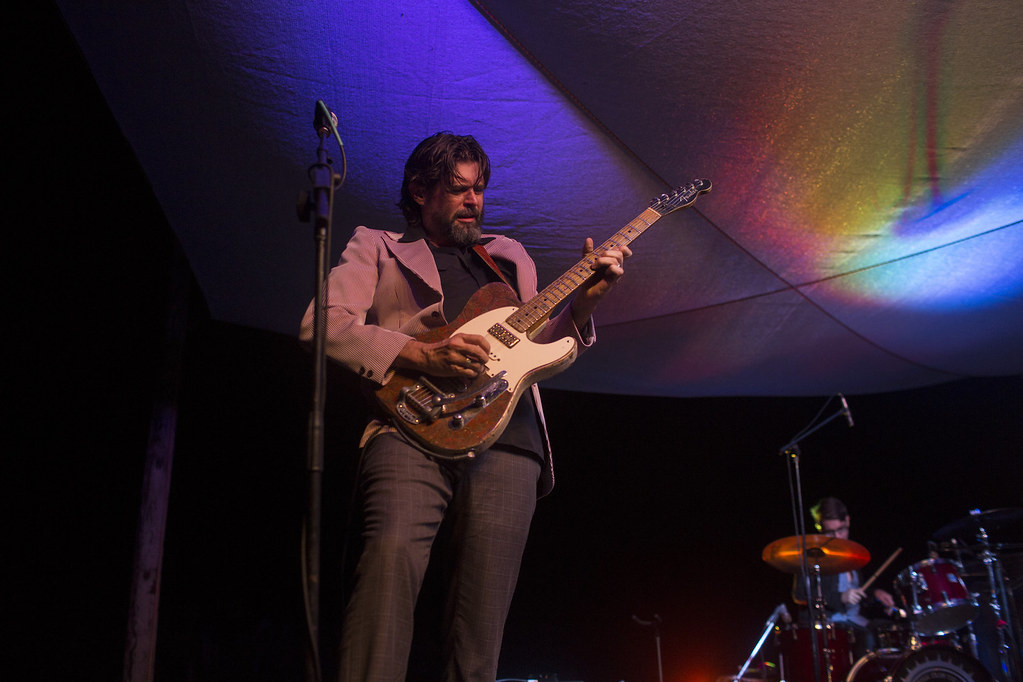