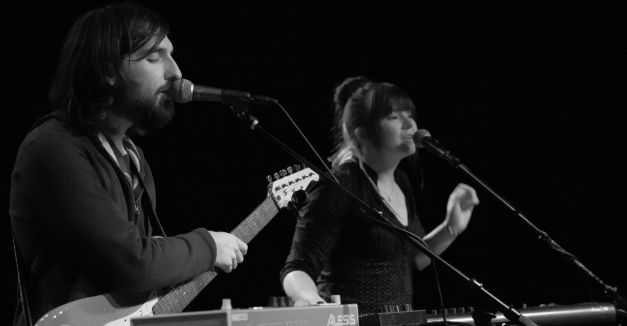 Last night, The Waiting Room felt like a living room with mismatched furniture. Or a cement basement cleared out to house the sound of drums and guitar solos.

A small crowd sat scattered about the quiet venue. As soon as Mutual Benefit and opener Ricky Eat Acid found their place on stage, everyone moved to their feet and quit all conversation.

“We used to play house shows with an audience about this size,” said Jordan Lee, frontman for Mutual Benefit. “Except we were packed into a small room, so we felt famous.”

Lee interacted with the crowd at most song breaks. He filled the pauses with witty comments about the band being a comedy act and with questions for the concertgoers about what to do in Omaha and what their university’s mascots were.

By comparison, the crowd was detached from Ricky Eat Acid, a.k.a. Sam Ray.

Ray requested the lights be dimmed to almost all-encompassing darkness as he rolled up his sleeves and brushed his hair away from his eyes. Bending over a table full of mixing boards, he began a 45-minute set of non-stop sound. 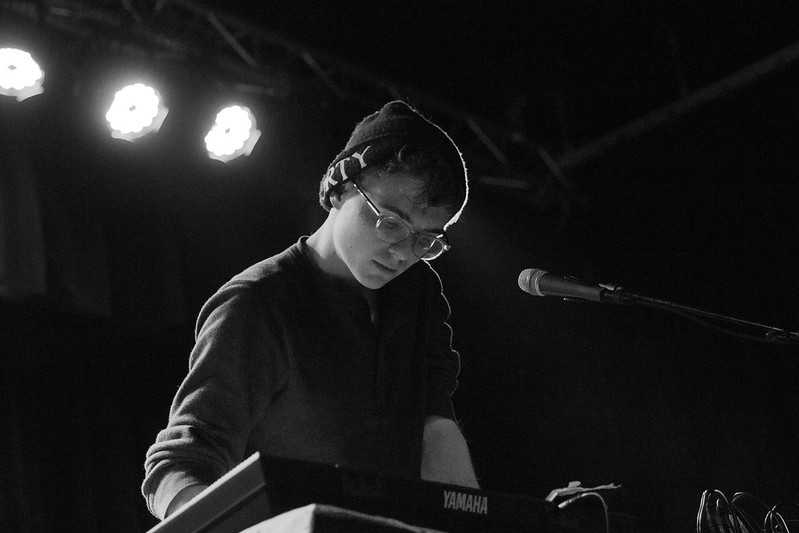 Each adjustment or addition of recorded instruments and vocals was fluid and seamless, starting with piercing high-pitched echoes before dropping a low, booming beat. Only once did he grab the microphone floating over his equipment and lend his own vocals to the mix. Otherwise, he remained hidden behind the row of technology.

Both bands could be considered scientists of sound. In Mutual Benefit’s case, this meant numerous auxiliary instruments all in their effortlessly assigned place. Along with keyboards and accordion, chimes rang like soft rain. 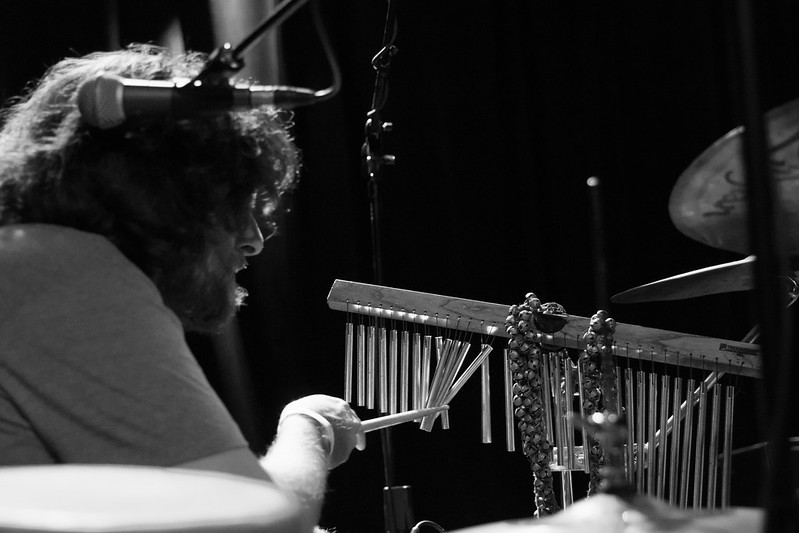 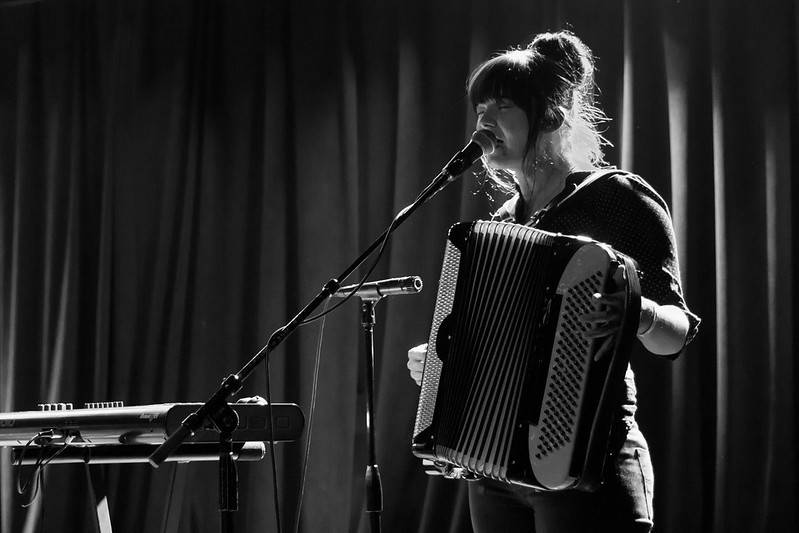 Lee stood front and center, rising to his toes and rocking back on his heels with every spaced-out beat of the bass drum. In his smooth, dreamy falsetto, Lee sang songs from his acclaimed 2013 album Love’s Crushing Diamond, including “Advanced Falconry” and “Statue of a Man.”

During “Strong Swimmer,” Lee’s voice mirrored the current of a river as it rolled from deep notes into his tried-and-true falsetto. There were moments of strain in his voice, as if he was pulling back to keep himself from yelling out the lyrics. 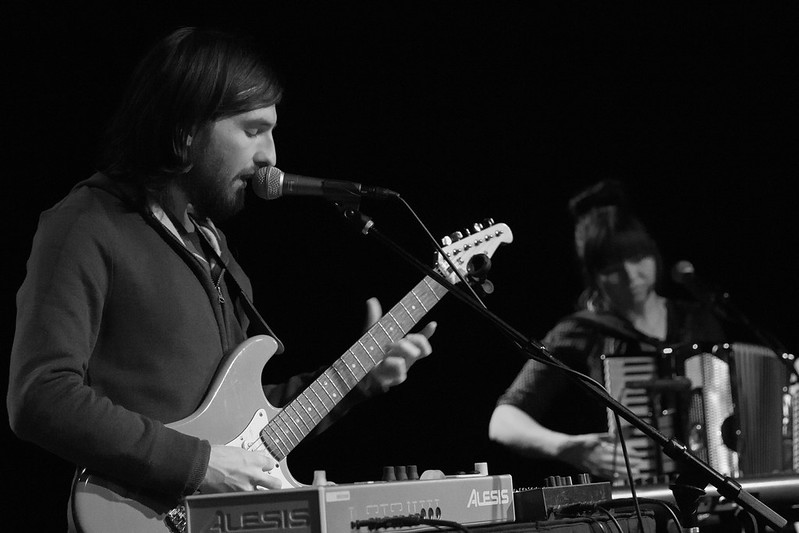 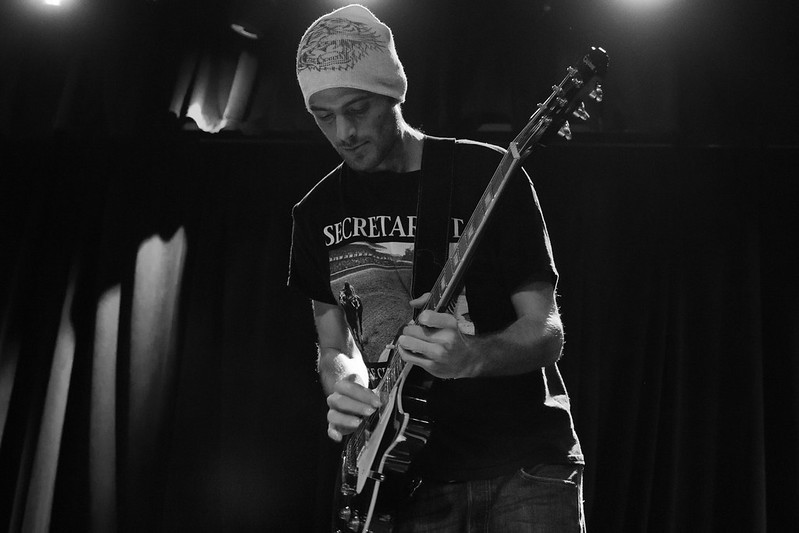 Mutual Benefit conveyed emotion with thoughtful head nods as they poured over their instruments. Lee and his band members brought a subtle jubilance to the stage in their quiet smiles at the end of each song, their witty banter with the crowd and their humble gratitude to the small and gathered audience.