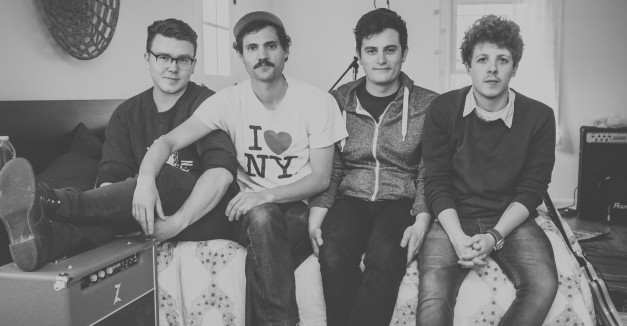 Set to bludgeoning rock, Mat Shoare’s “Murder” hinges on an intriguing socializing quandary: If we didn’t have the thing that makes us … us, what would we do?

The answer is understandably dark with the Kansas City songwriter’s tune settling on, if he couldn’t play guitar, he’d turn (with some cheeky drama) to vehicular homicide. It’s a raw thought experiment that seems characteristic of Shoare’s music, a series of catchy rock ‘n’ roll introspections.

Shoare’s four-piece band was in town last month for a show at O’Leaver’s, and its new album, Right As Rain, is out today. Listen and buy it here, right after you check out this Love Drunk session: