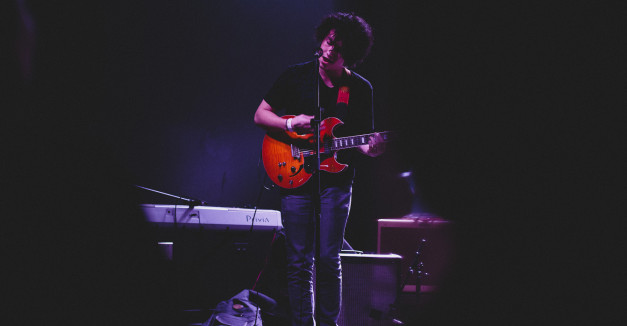 The Boxers’ “Mr. Moonshine” is an exhibit in deceptively smart rock composition.

The youthful Chicago band’s song — and you can extrapolate to much of their catalogue — is long on the pop basics: bouncy guitars and stick-in-the-ear melodies. But when “Mr. Moonshine” breaks down at the end, it’s more flourish than chaos. You realize, for instance, that bassist Zach Bridgman’s fingers have been breathlessly prancing all over his instrument the last four minutes and that Duncan Lee’s eccentric groans have taken the song to a bold party, well beyond its chords.

The video below was taken when the band toured through Lincoln earlier this month for a show at Zoo Bar.

“Mr. Moonshine” is featured on The Boxers’ second album, The Blue Pool, which came out earlier this year. Listen and buy it here.